Objective of the field trip: To gain an insight on existing products; identify trends and products of interest

The products lining up the front space of the store were retro inspired. Pastel coloured and boxy forms, we were down memory lane. Those products are emotion biased because they instill in people a feeling of nostalgia. 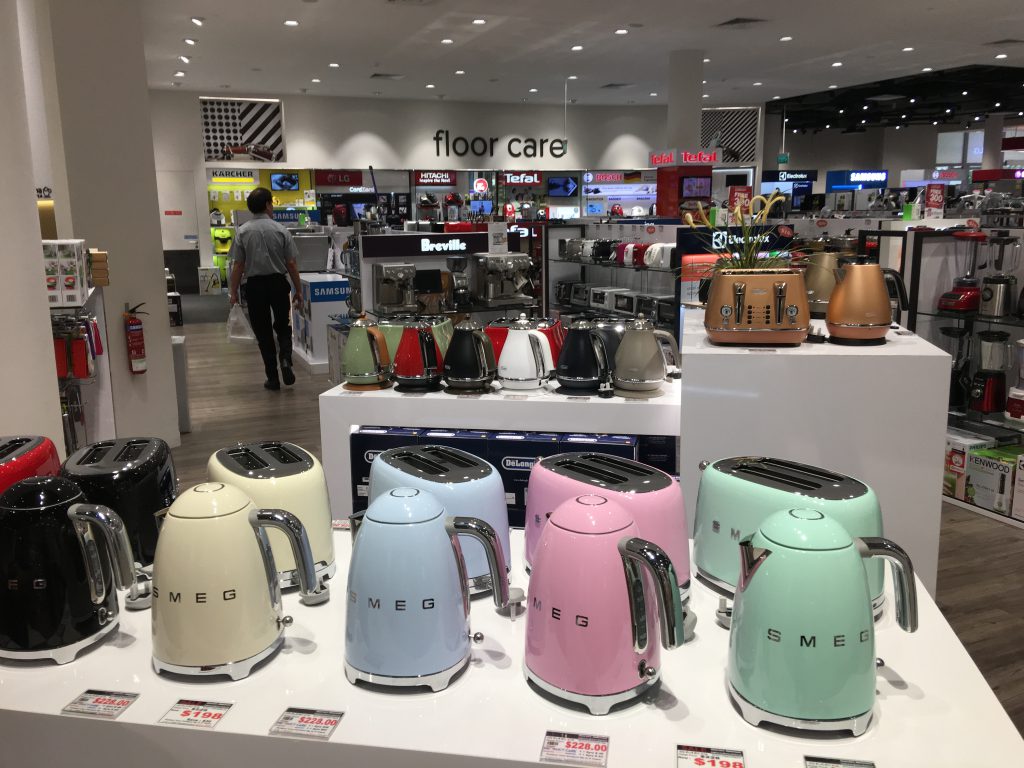 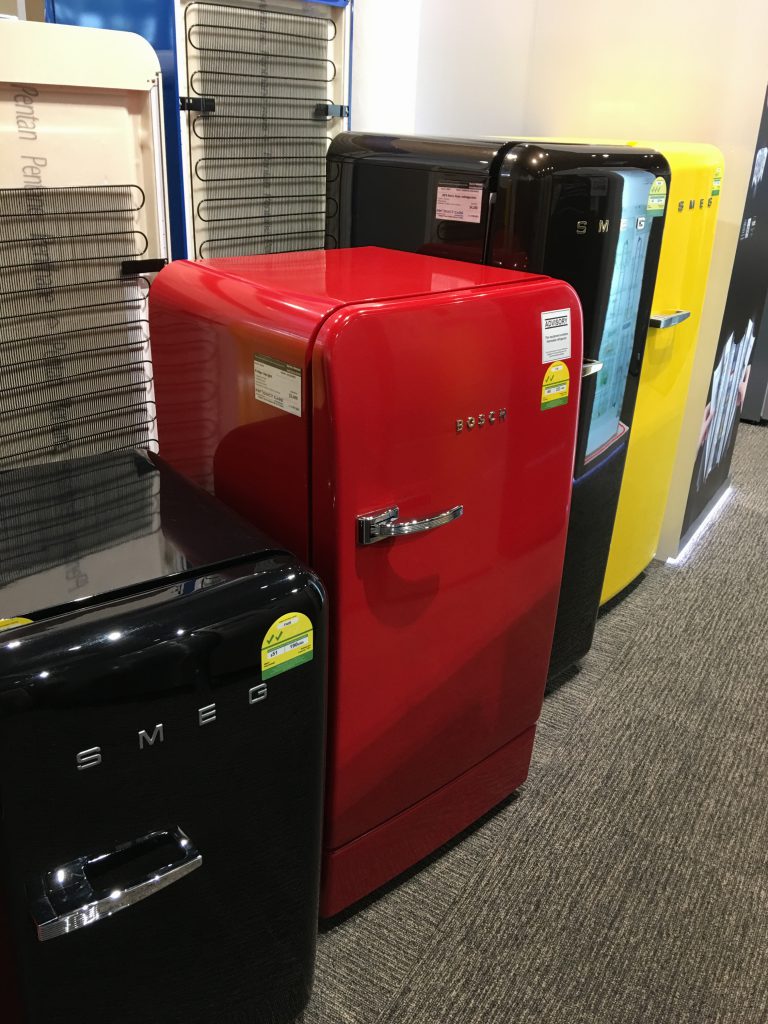 In contrast to the retro inspired product, what can also be seen as trendy are organic/ smooth forms. 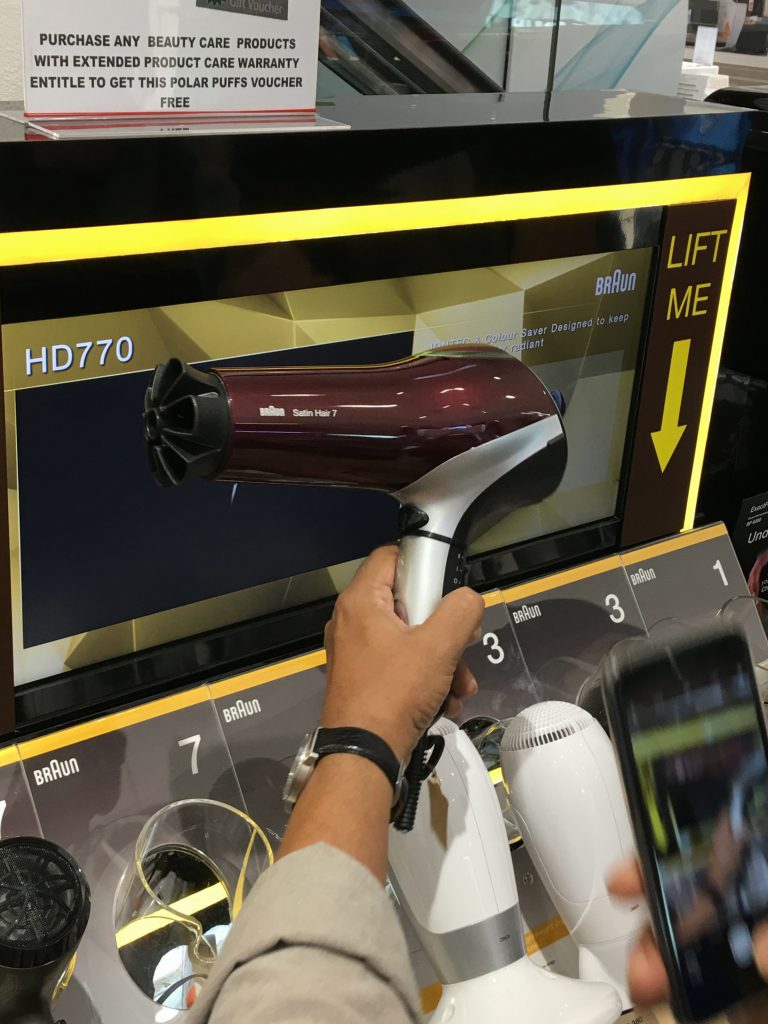 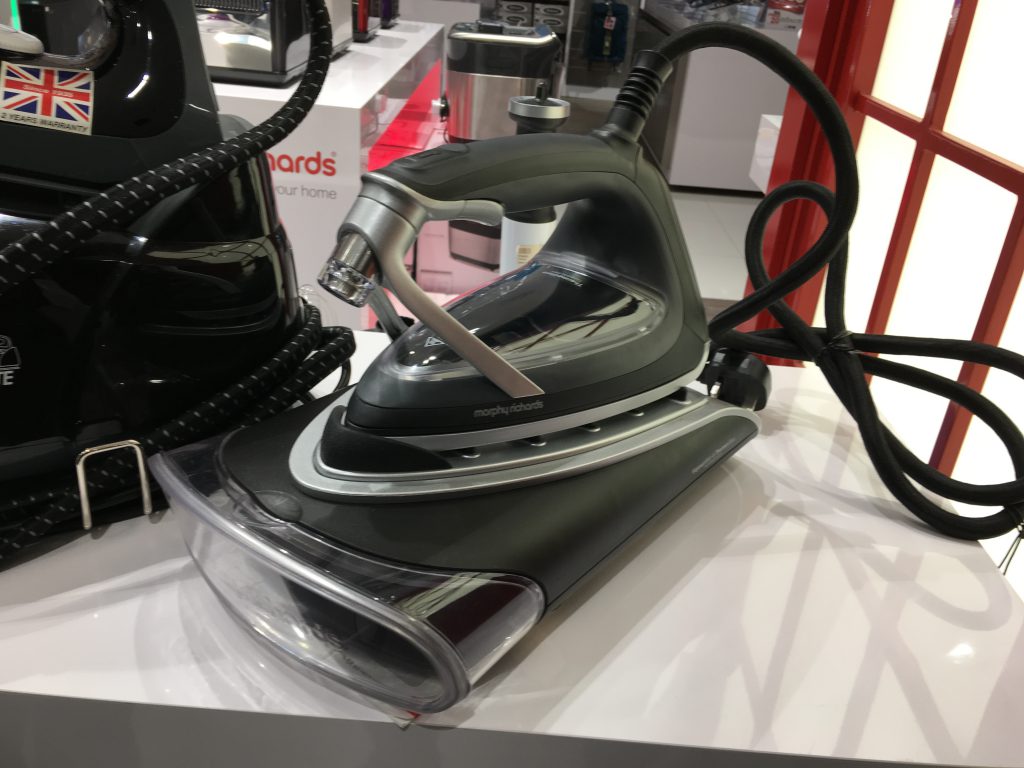 A range of products that caught my attention are the shavers from Braun. What i like particularly about Braun is their consistency in design. They improve their design but keep the same language. By doing so, they build on they brand identity. Braun products are generally function dominant. 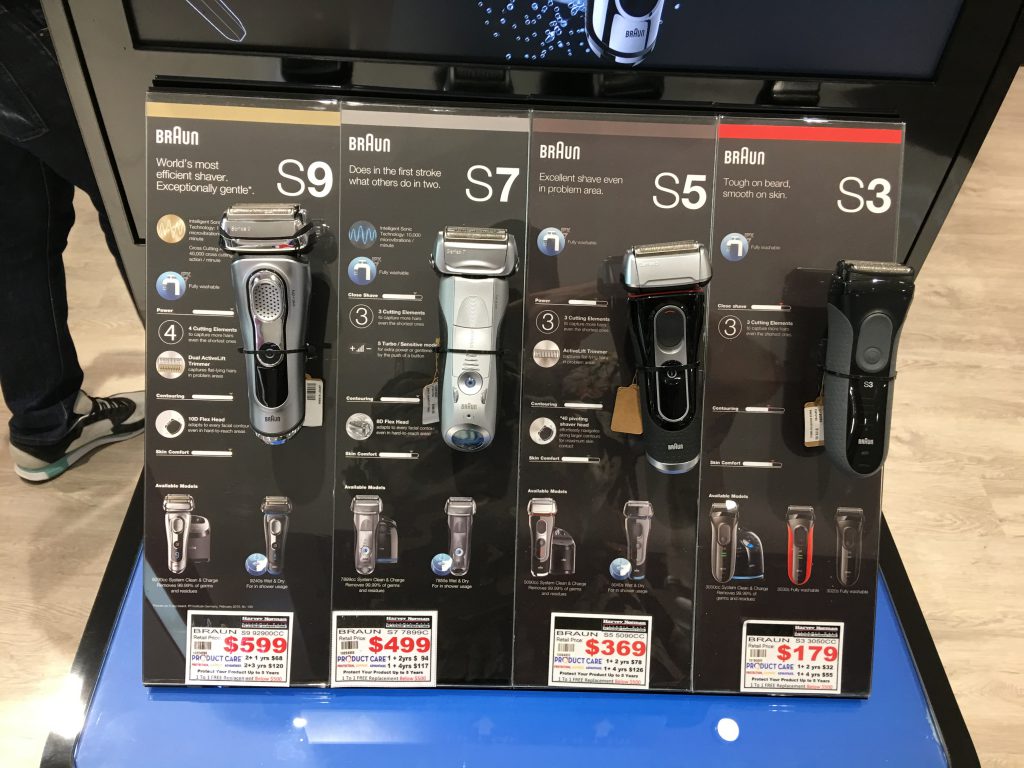 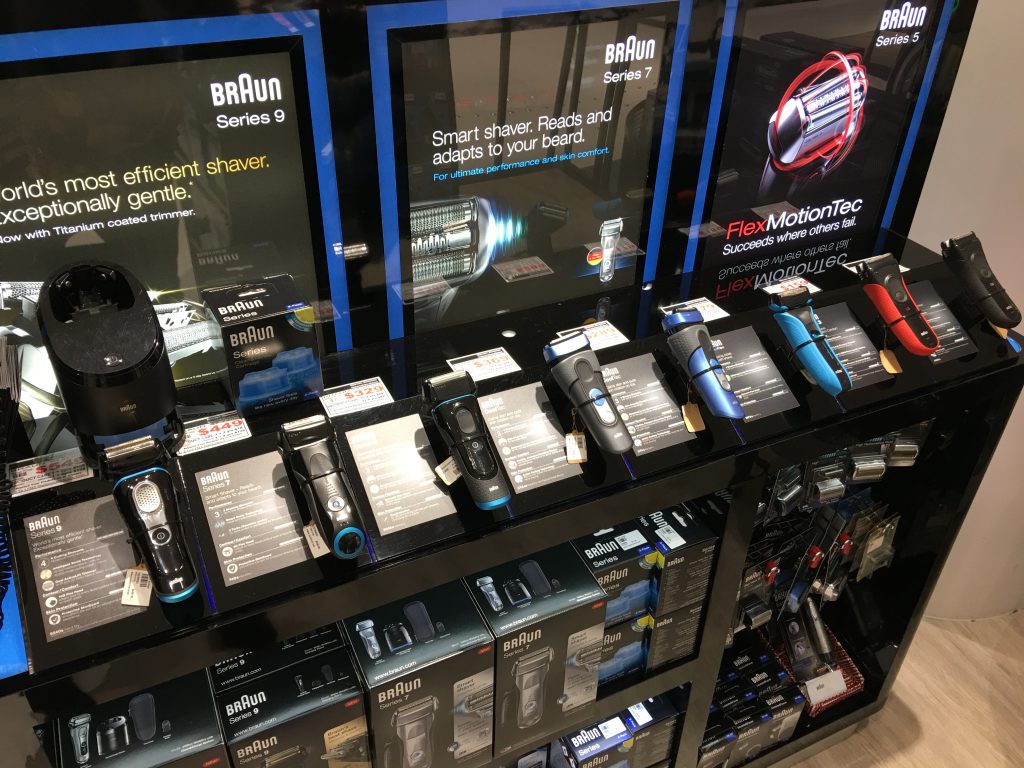 Marshall speakers are often identified because they look like traditional vintage speakers made out of wood and brass analog buttons. 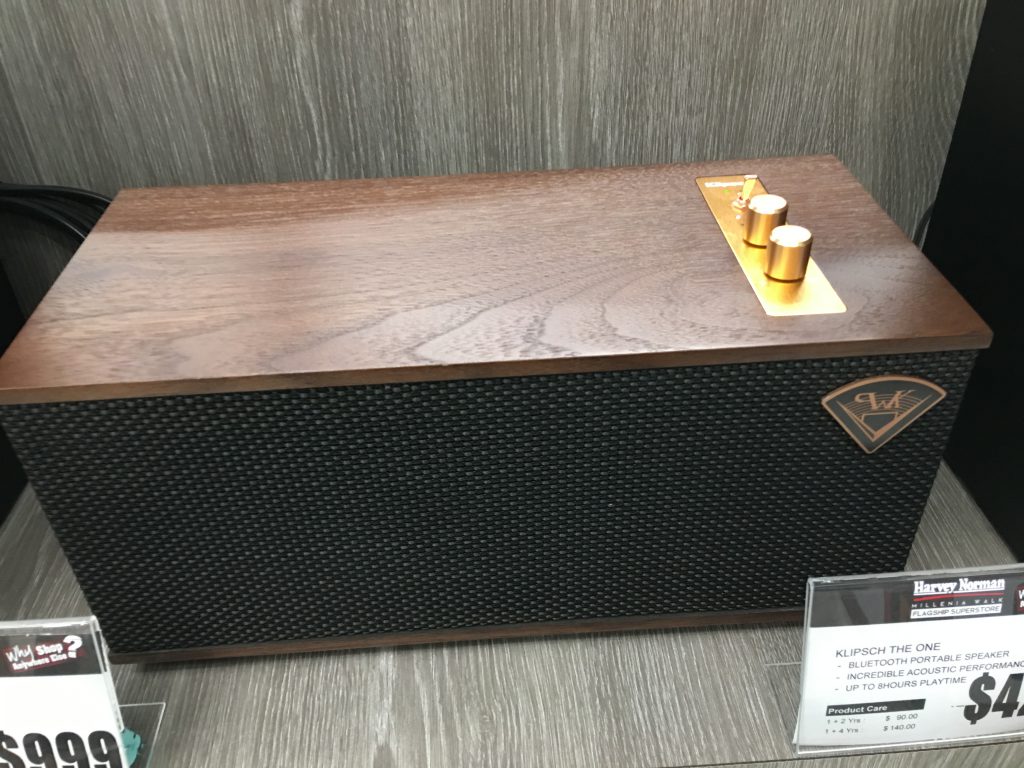 The new speakers are more organic in form and generally vibrant in colour. 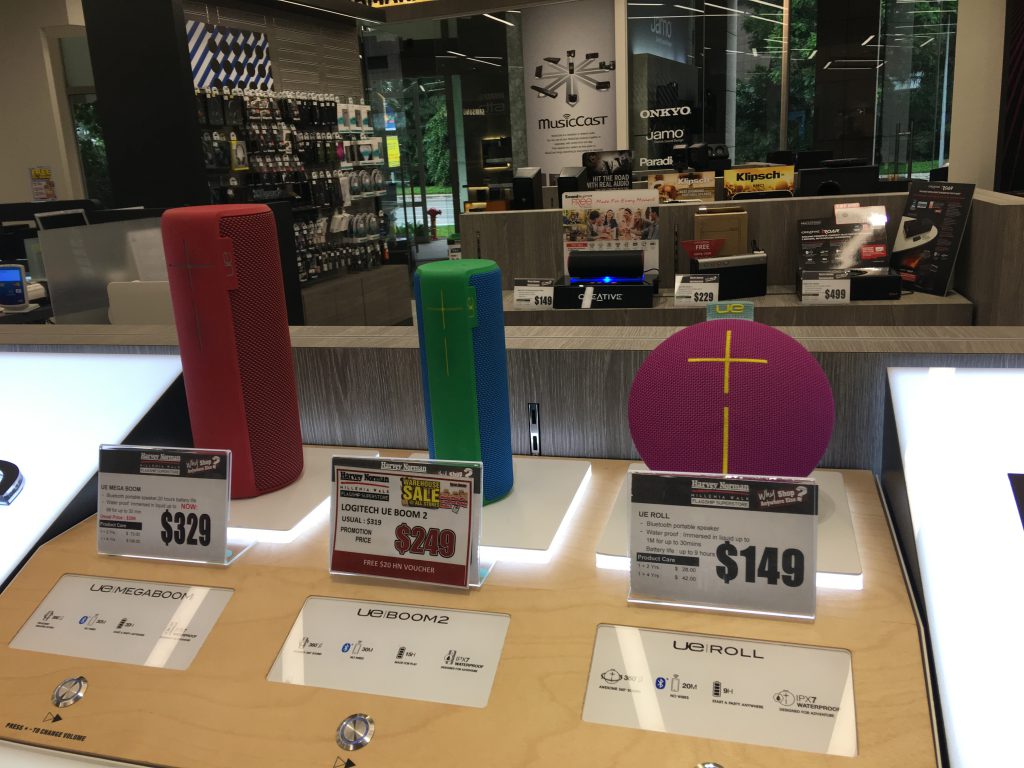 Contemporary reinterpretation of the classics. Form reminds us of vintage speakers which looks boxy but the colour screams modernity. 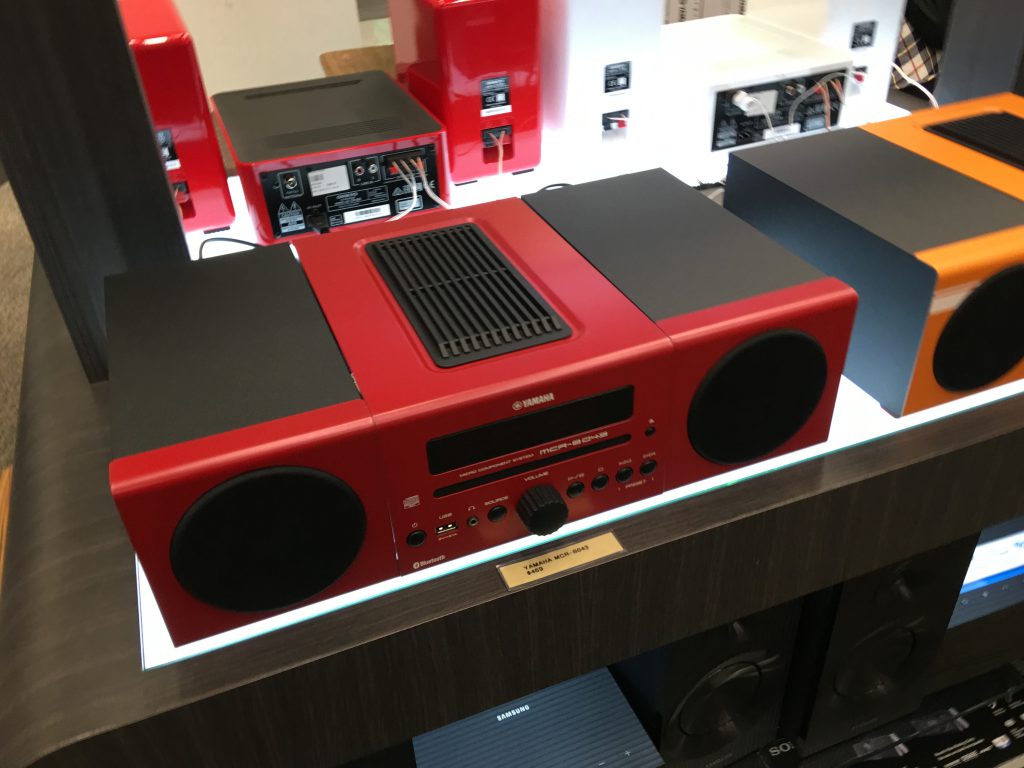 In the last lecture, we were introduced to the 3 nodes of aesthetics, namely Function; Human factor; Emotion dominant. It is often quoted that the form of a product describe its aesthetic, which is generally biased towards one of the 3 nodes. 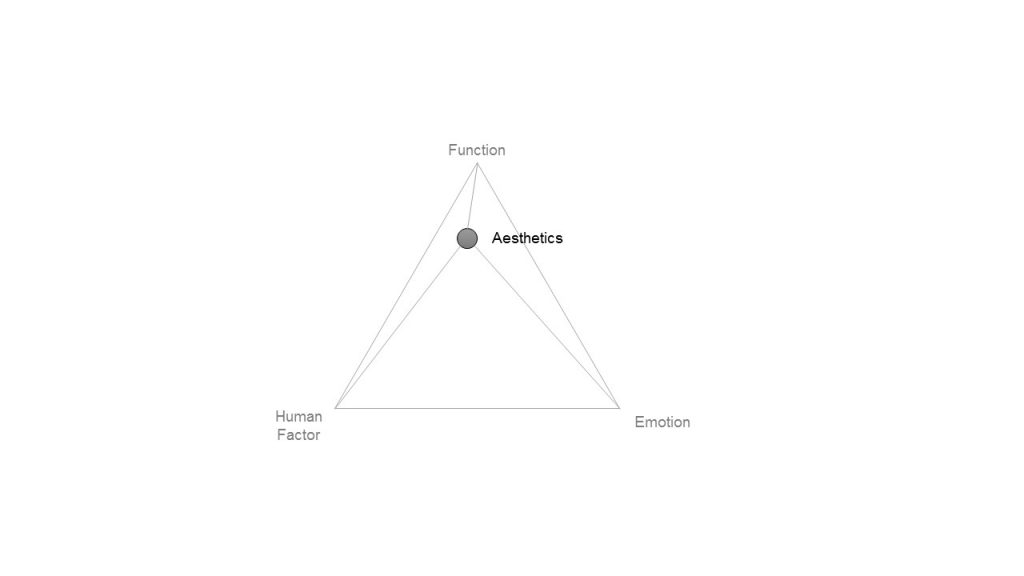 Designed by Dieter Rams and made by Vitsoe, the 606 Universal Shelving offers a modular and functional shelving system, that can be adapted to any environment. Unobtrusive in design, the product main focus is its functionality. 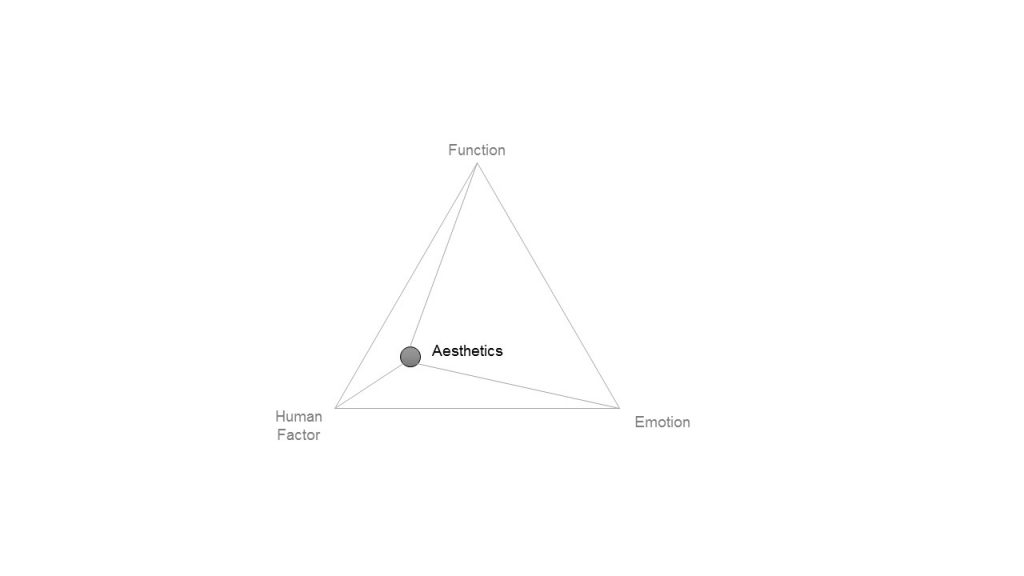 Nike or any other sports brands deal mostly with human centered products to deliver performance and comfort to the user. There is a constant need to analyse the different physical attributes of the human body (how it reacts to the environment) and develop new technology that would boost the human capabilities while offering good ergonomics.

For decades Nike has been working on how to create a footwear that would act as ‘a second skin for the foot’ and with their latest Nike Free; Nike Hyper Adapt, their goals just seem to be within reach. 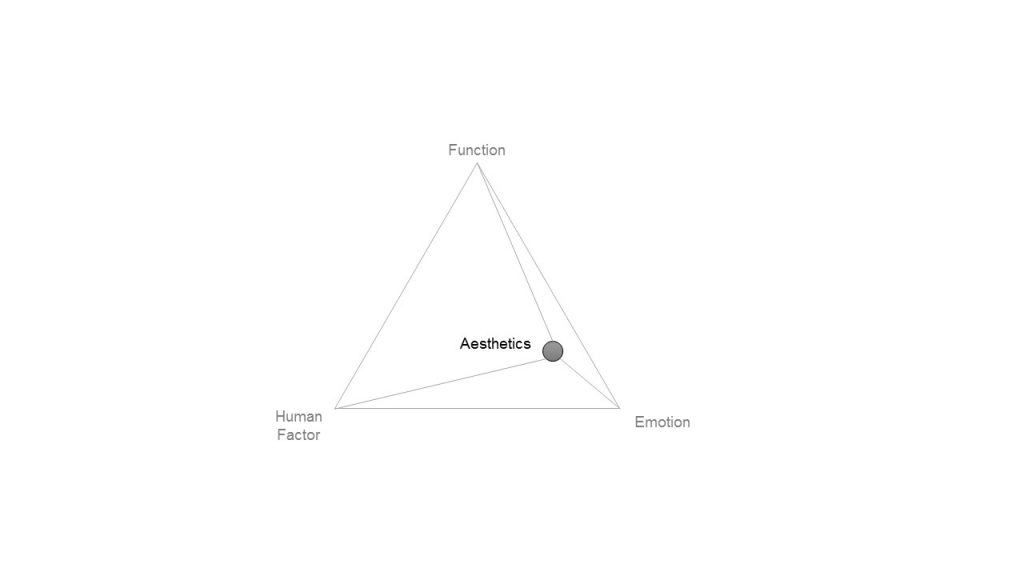 When Steve Jobs first introduced the Ipod(2001), it moved millions. A revolutionary product that packed ‘1000’ songs in one tiny device. The ability to access an entire music library at your finger tip was groundbreaking at that time. Music is often cited as being food the soul, and the ability to scroll through an encyclopedia of songs, select and play any of them, made the Ipod(2001) an emotion biased product but at the same time well balanced.

The 3 nodes of aesthetics are very important factors to consider and as a designer, we should know how to identify those various products more clearly. I  believe striking the right balanced  is the most rational approach but i shall not let that be the determining factor of my designs.

The purified designs of Naoto Fukasawa, invite the user to be more attentive to the details and more intimate in interaction with the product.

“GOD IS IN THE DETAILS”

“As little design as possible”