Relaying: There is no pleasure in having nothing to do, the fun is having lots to do and not doing it. Anchoring: Playfully hiding behind a locker

Relaying: Children show me in their playful smiles the divine in everyone. This simple goodness shines straight from their hearts and only asks to be loved. -Michael Jackson Relaying: “To enjoy each breathing day, you have to set time aside to play.” – Suzy Kassem Some say the world will end in fire,
Some say in ice.
From what I’ve tasted of desire
I hold with those who favor fire.
But if it had to perish twice,
I think I know enough of hate
To say that for destruction ice
Is also great
And would suffice.
– Robert Frost
This poem gives me a dual feeling of vulnerability and power – it is a self-enforced need to be vulnerable to be feel infallible. She swings her bag, overhead across the building. Showing a sense of detachment from the item she has depended on. The metal antenna acts as a cage, framing her head and behaves as a contrast against the soft green background and foreground. The poem is not entirely about power or infallibility. Human limbs placed across hard, cold yet burning hot exhaust fans store in metal boxes. It shows the human condition in the poem, the harm humans are vulnerable to – elements such as fire and ice. As a girl, I like to collect pretty things and I’ll display them in different parts of my house

– on tables, shelves, by the windows. I took several of my art works I did when I was younger which included water colour, print making, mixed media etc. My mother happened to be walking by and she talked about them with me, about how they made her feel – playful, happy, whimsical. She decided to buy frames for the ones we both liked.

Composition: To express the feeling of whimsical, playful, I placed some pink cheery flowers against the vertical lines of the photo frames. As a fan of craft beer, I collect bottles of the beers which I enjoyed and those which looked interesting. If you look closely, this board is pinned with photos of when I travelled to the United Kingdom alone before University started. I like the physical state of things, the feeling of photographs being printed out and pinned up. Maybe it is my possessiveness or my obsession, but does it make you wonder – with so much clutter around the house. Where must she have slept? 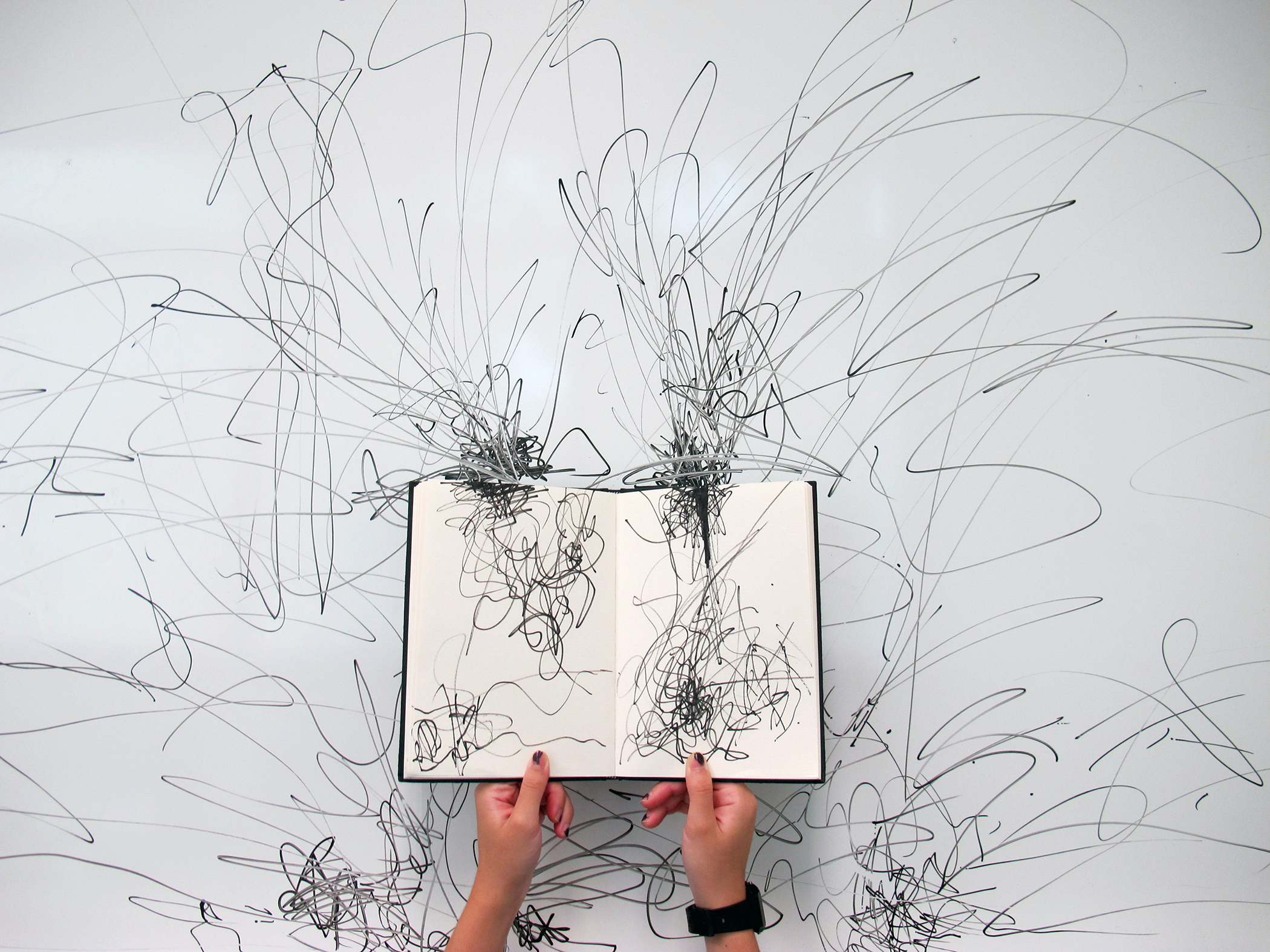 My sketch book is where my ideas are being generated.

Where they are freed from the metal boxes after being stifled for too long. My sketch book is like a temple, where I express my darkest thoughts religiously Wherever I go it follows and where I exit, it doesn’t.

It stays with the place making its forever. 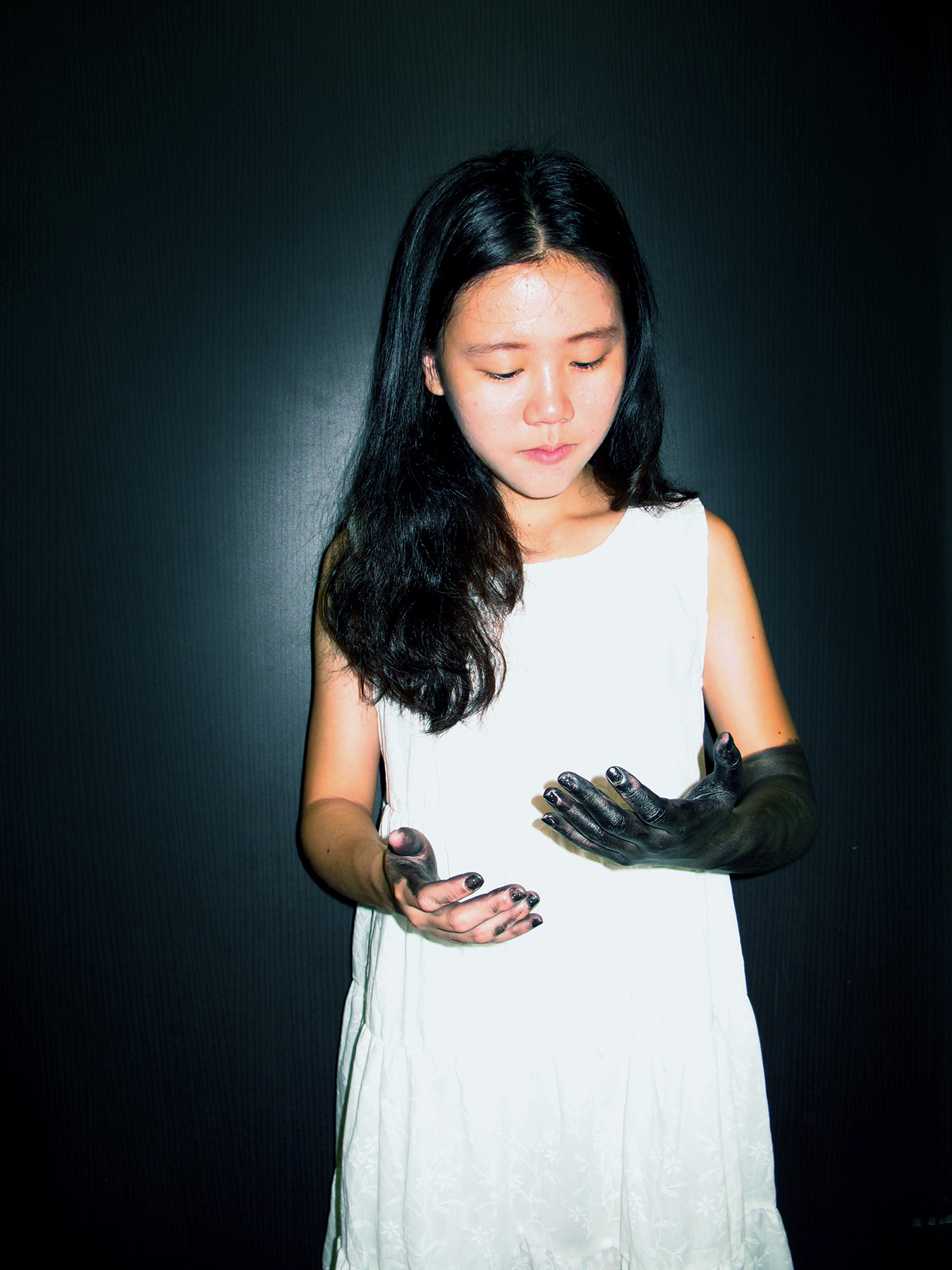 In task ‘Self’, I have decided to recreate the progress of how I have learnt to overcome societal discrimination and my inabilities. In the first photo, it is “Realisation”, where I hear that most of my teachers(more than students) in school do not approve of my plans to enter a Junior College. In the second photo, “Acceptance” I hold my palm up, almost proudly showing to the audience the way I was looked down upon. I begin to feel a sense of empowerment and ask myself “How am I going to prove them wrong?”, especially so as I come from a not-as-good background of a normal academic student. In the last photo of “Progression”, I hold my hand as if poisoned and possessed, down into the dark waters – washing it away and returning it to the dark abyss. The depths of my self-doubt, fears and inabilities.

Posture: While my hand is in the water, I bend over as if the poisoned hand is being sucked into the darkness in the water(representing uncertainty) and the struggle to remove the ink on my hand serves us the toil I had to go through in order to enter a Junior College, which I finally managed to.