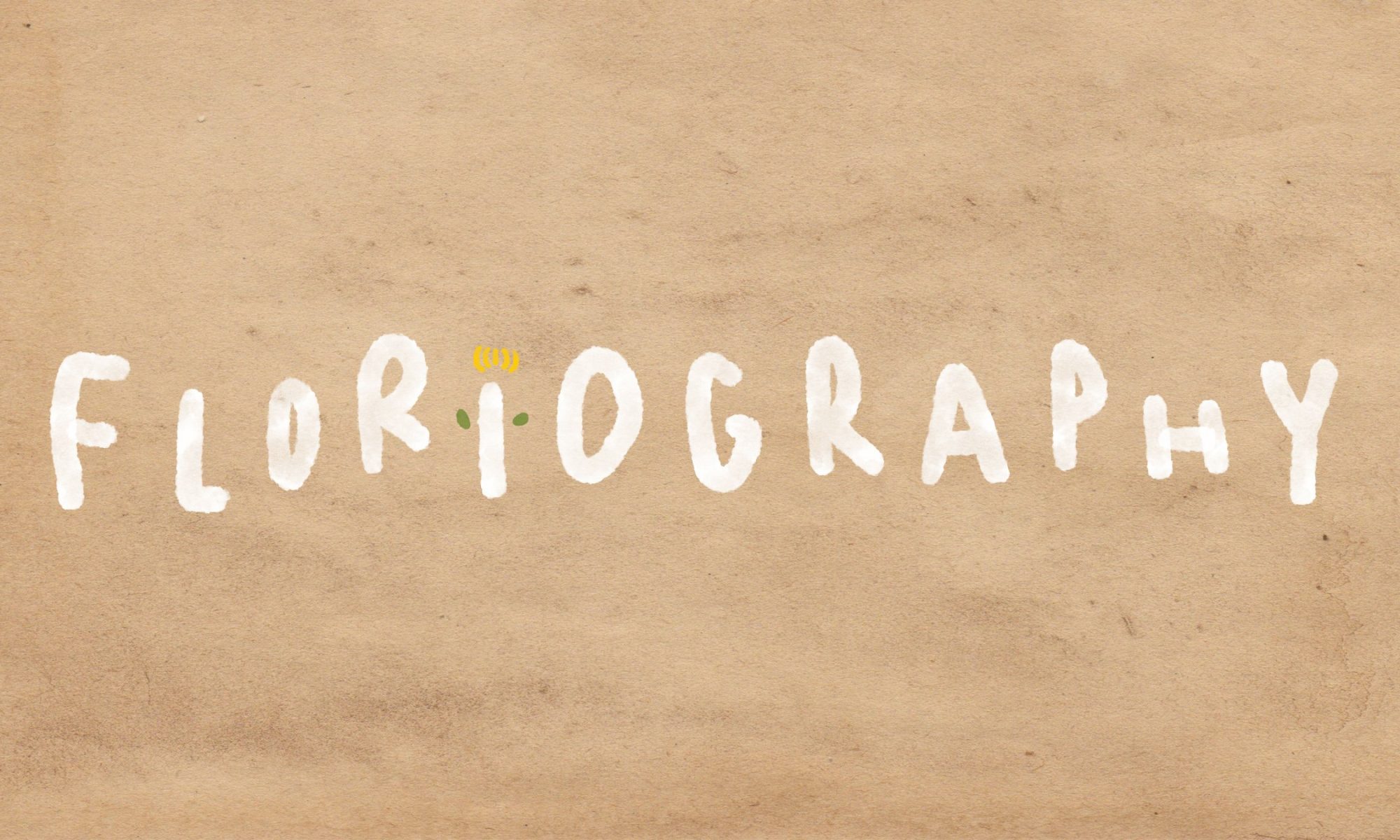 The project I propose for an urban intervention in The Japanese Cemetery Park is one that aims to be conceptually simple but visually, audibly and emotionally compelling. I want to convey the idea of a library of human stories that connect to the root of the Occupation, and to promote responses to each others stories. For the size of the project, I was inspired by the large-scale interactive installations by Rafael Lozano-Hemmer that still managed to incorporate individual responses to the artwork, creating micro-to-macro experiences that I found to be incredibly exhilarating and empowering for each engager in the piece. Furthermore, I did not want it to be a static installation, video or performance piece that visitors simply had to view. I wanted the experience to be one that is shaped by every engager that interacts with the piece, in a tangible and explicit way — the idea of an artwork that shifts along with every single pixel of its circumstance is something that I find fascinating.

The flowers will be inserted into holders that will be attached to wires that run along metal grilles in the arches of flower trellises over the pathways in the Park, particularly a specific pathway that covers almost its entire length. Its starting point is at the first right turn from the entrance, making it accessible for even visitors that are only passing through. The trellis is a particularly aesthetically pleasing feature of the Park that draws many visitors who are interested in photo shoots. Interestingly, the artist Jean-Max Albert notes that the properties of the trellis allows for contact between internal and external visuals of the construction. To capitalise on the the semi-transparency of the structure, the flowers will be inserted to create 20 horizontal rows of flowers (10 on each side of the arch — each position on the grill will be marked). Visitors will thus be able to experience the lit flowers differently throughout different times of the day.

The first 20 flowers on both sides of the arch will be installed with recordings already made in them by people who have experienced the war first-hand, and as said, they will pulsate with light based on the rhythm of the recordings in the flower. If the flower has not been recorded in yet, there will be no light shown.

As visitors come to the Park, they can pick a flower out of the grille, and a motion/touch sensor in the flower will trigger the recording to start playing while the flower lights up. The visitor can listen to the recording about their experience of the war while they tour and explore the Park, whether alone or with another person.

After the recording has ended, they can return the flower back to its original position and choose the flower next to the one that they picked, and leave a response to the story, whether they relate or not, or a story of their own, a story they’ve heard from someone else — anything really. Once a flower has recorded a message, it cannot be overwritten, such that the original message will be preserved for other visitors to listen to as well.

Identities will remain anonymous to prevent any sort of complications from arising with the disclosure of private information, as well as to encourage visitors that may be more apprehensive in sharing their stories if they have to be identified. This allows for more raw, honest and candid answers from everyone involved, even if they might be incendiary. Even angry or hurtful comments have some sort of truth behind them — this provides a form of balance and a chance for an unfiltered discussion that is hard to come by in Singaporean society.

As each person leaves their message, this forms several long chains of a linked narrative, or a call-and-answer from each visitor to the next. Each message leaves an impact on the mind of the preceding message, creating a conversation on the war or the cemetery that evolves based on the personal mindset, culture, and generation each visitor belongs to. On the visual end, the flowers in the trellis that already have recorded responses will pulse and create a wave of flickering lights across the pathway that grows bigger as more visitors share their thoughts. Ultimately, this forms a transformative experience that both has a sense of anonymous intimacy, and collectivism as a community.

Furthermore, the pathway is split such that there is a clearing in between two sets of trellises. I had considered simply linking up the two trellises to create a sense of continuity, but this could be done by simply linking the last flower on the first trellis to the first flower on the second trellis. The space could be put to good use by installing an additional representation of the engagers leaving behind a piece of themselves in the artwork. Located in the centre of the clearing will be a large chrysanthemum-shaped installation that contains a speaker.

As a message is recorded and saved in a single flower, the audio information is processed to read the average pitch and length of the message, which is converted to a single note on a windchime. The more high-pitched and the longer the message is, the high-pitched and the louder the windchime note will be. The windchime notes will play in a random rhythm (as does a windchime), and the installation will also have light pulse in sync with the chiming, serving as a visual and auditory centerpiece that reinforces the collective nature of the piece while the engagers listen to their stories.

Finally, once all the flowers contain recordings and the piece is finished, the entire structure can be translated into a digital format and translated into an interactive, three-dimensional (3D) experience on the web. Apart from being able to select from the library of flowers and listen to the stories presented, online viewers will be able to track the progress of the entire piece by scrubbing through a timeline of how the flowers filled up with recordings over time, and how this affected the auditory experience of the piece.

Initially the intervention that I had brainstormed was much narrower than the current idea, although the core visual is still intact. I very much wanted to use the physical structures to create the installation, and some ideas were to use the roadway and perhaps even the graves, playing with projection-inspired ideas like works from the Polish artist Krzysztof Wodicbzko anvd his involvement with memorials of trauma. However, I felt that with my focus on conversation, the need for explicit audience interaction that is less apparent in projection-based work needed to be brought out, and hence I turned to Lozano-Hemmer for inspiration.

Intimacy was something that I really wanted to be brought out in the work. My initial idea involved only two parties: Japanese people and Singaporeans that had been affected by the Occupation in some way. I wanted to design a connection between the two through conversations, where only two flowers with speakers and receivers were connected to each other, and a Japanese and Singaporean on either end. They would then communicate with each other on opposite sides of the Park. Once the conversation ended, they would place the lit flower in a structure in the middle of the pathway. However, the idea was still shaky on its legs as there were many questions — how would you prompt conversation between two strangers? I tried to address this by proposing attaching starting questions to each flower that was tailored to each group. For example, a question the Singaporeans could ask the Japanese was “How does your family celebrate Obon?” whereas the reverse would be “How has the war personally affected you?” However, this became even more of an unfeasible idea considering the logistics of having to direct people to the correct location based on who they were, the lack of inclusion of people who didn’t fall in the categories of Singaporean and Japanese, and even having to restrict the timing of the event to a specific one, to gather participants. Furthermore I felt queasy about the sort of asymmetry in the positions between Singaporeans who were affected by the war and Japanese residents who had no association with the war other than the fact that they were Japanese. It felt like I was deliberately setting the Japanese in a position where they had no choice other than to feel guilty, and for a burden that was not truly theirs to shoulder. Also, the idea of segregating the engagers in the piece, or purposely excluding others from it just seemed undemocratic and unnecessarily restrictive after a while. Coming back down to the root idea of making two people communicate through the flower: it was supposed to be a live and raw experience, but after thinking about how it might pan out, perhaps I was setting up an awkward conversation between strangers that had no concrete start or end point. Professor Kristy questioned the need for a live conversation, which had me thinking that conversely, the greatest freedom and honesty could be expressed when you knew no one was looking. Thus, I changed the set into one that was more of a library that stored audio stories, that had a more transitional or sequential element to it. Initially the first change was simply a lantern-shaped installation in the middle of the large clearing that the flowers could be ‘plugged’ into, but I realised this did not take advantage of the space and physical features of the Park. Furthermore it was more difficult to materialise the idea of a sequence when the installation was spherical in nature, leading me to think of placing lines of flowers along the pathway.