Hello people!! Monday was the presentation for the final work for the first 2D project: ‘My Line is Emo’ and so with all the feedback and past experiences in making my lines, I’m reaaaady to conclude the project with a final write up about everything! 😀

So during the holidays I decided to work at a shop that I frequented a lot called Tokyu Hands (at Suntec), and I really learn’t a lot and made a lot of good memories and friends with my coworkers there. Despite trying to continue on with the job for a month in NTU, I decided that I couldn’t work and study at the same time and decided to quit and left like a week before this presentation. Lotsa tears were shed okay :’) and there was a lot of emotion involved, so I decided to focus on this current event in my life as the theme behind my work.

However, I wasn’t really sure about how to exactly execute this. I had a strong concept behind my ideas but I had no idea how to put these ideas out on paper visually. I made a mindmap to try and consult Joy with the previous experimentations I had done last time:

Joy’s feedback was that since I had such a strong theme behind my lines, why not try to incorporate as much of that theme into the work itself as possible, by using things from the workplace to create marks? Like my name tag (which I had to give back so), my shoes, receipts, coworker’s hands….and I thought the idea was really good (and I also wondered why I hadn’t thought of that HAHAHA). So on Hari Raya Haji I went back to Suntec to try and hunt for materials. However, all I managed to get was sample paper that the customers wrote on to test the pens, and a receipt from MY OWN PURCHASE LOL sigh >$20 flew away from me. So I had to try and make do with those materials and other things that I already had, and actually I managed to pull it off okay!

Also, I thought it was a requirement to have one emotion from each emotional category but apparently that wasn’t the case LOL so I could’ve gone with other emotions but instead I limited myself. :’) But I think that’s okay because it made me think harder about how to portray certain emotions that I wasn’t very sure about. 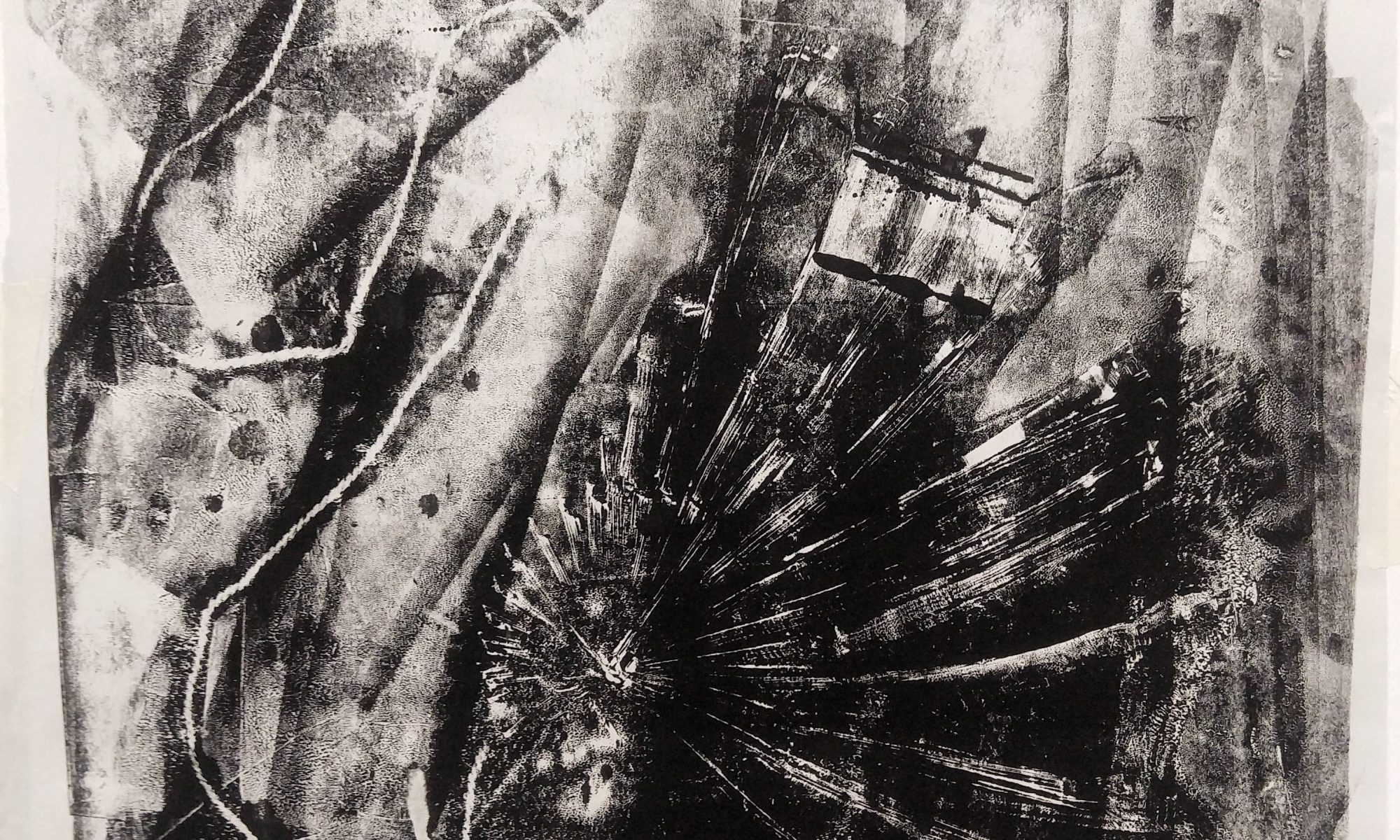 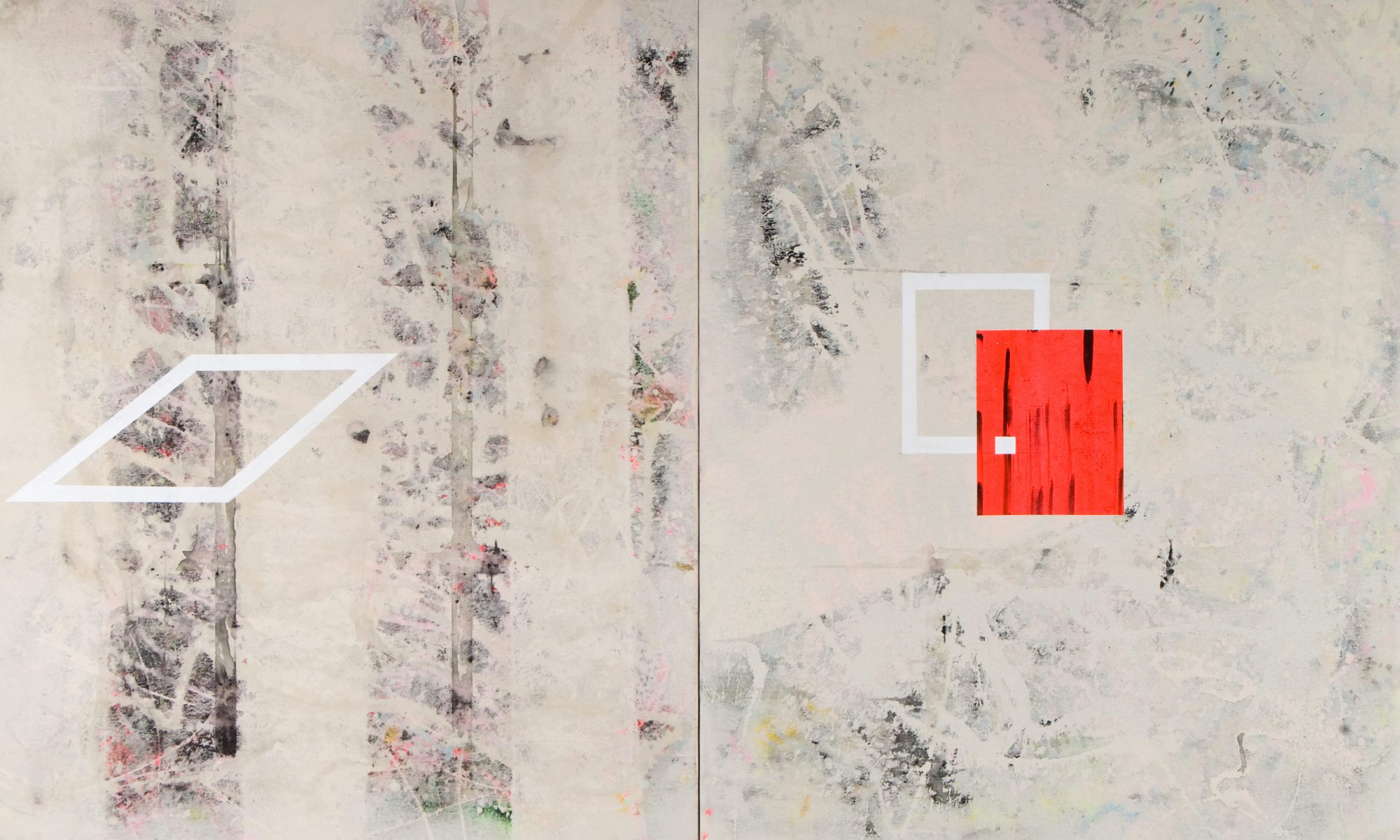 Okay this is very scary because I don’t write blog posts and I tend to run my mouth so I have to keep a watch over what exactly I’m writing in these posts because it’s open for the WHOLE INTERNET TO SEE haha.

Anyway, it’s my first week in Year One in ADM (and such a big workload already dear god) and we’re going to be starting the semester with mark-making! We were given a list of artists we can draw inspiration for mark-making from so I’m going to be documenting my research on a couple of these artists so I can make really marky marks.

The first one on the list is Ed Moses, specifically his drawings from the 1960s and 1970s. He was considered a central figure internationally in innovative artwork, and experimented wholeheartedly with different styles and ideas. I think a lot of his work involves layering and grids.

This piece is titled Mouse. I really like the colour scheme that reminds me of a marble texture, with stark geometric shapes interspersed with the background. Despite the contrast, I don’t feel that the geometric shapes interrupt the piece, but rather complement the rough and textured feeling of the rest of the piece, resulting in a soothing yet interesting piece. I may use the idea of contrasting shapes and textures in my mark-making. No idea why it’s called Mouse though but whatever floats your boat Mr Moses

This next piece from Moses inspires a really different feeling! However I think the theme of contrast and shapes still run through this piece. The harsh, angled black lines form a grid over a blue backdrop. The idea of the overlap suggests a form of transition in emotion from tranquility to something akin to rage or anger. I like the grid pattern a lot and I might try to replicate it in my mark-making!

The artist I’m researching next is Emma Kunz, who was a Swiss spiritual healer and artist. Her drawing are really interesting and abstract, and were meant to inspire healing, and were even drawn using radiesthesia, something that refers to the spiritual aura/radiation from our bodies. Too chim for me to understand LOL

This really looks so carefully drawn oh my like one line out of place would simply ruin the whole thing. I can see why her drawings are linked to healing! The orderliness of the lines and geometric shapes are super satisfying and the colours picked like the light blue and yellow really are also calming to look at. It reminds me of  light refracting out of a raindrop, you know like that rainbow diagram. Not that Kunz was thinking of raindrops when she was drawing this but it just looks like it to me :v

This one I think is really pretty! It looks like some sort of gemstone with rays of light shining out of it. Again there’s that theme of geometry and precise line placement that makes this amazingly soothing to look at. I notice that her drawings generally have a center around which the rest of the drawing springs/slowly connects from. Perhaps that brings about a sense of stability and tranquility. That would be useful for mark-making emotions :0

The last artist I’ll be conducting research on for now is Julie Mehretu, who is a renowned American artist known for her abstract works of art.

THAT IS DAMN BIG WOW I think if I tried to upload the picture in its full quality my com would crash. Anyway wow!!! That’s really something. Like while the painting is technically a bunch of intersecting lines, there is a very clear feeling of crumpling and folding of a certain mass, and the splashes of colours and lines makes me feel like I see life in the painting, and not just in a detached way, but perhaps in the sense of a busy society or city. What an apt name. I really like the sense of chaos travelling-on-a-highway thing. Don’t ask me about the highway thing I just feel like there are highways in the painting :// I feel like her line placement is unexpectedly careful. I’ll perhaps use this as a reference for the emotion of excitement or life in my mark-making!

Okay that’s all for now. I can’t go on any longer or I’m gonna pass out and shut down lol good luck to me for the rest of the semester!!! Dream sweets :)))