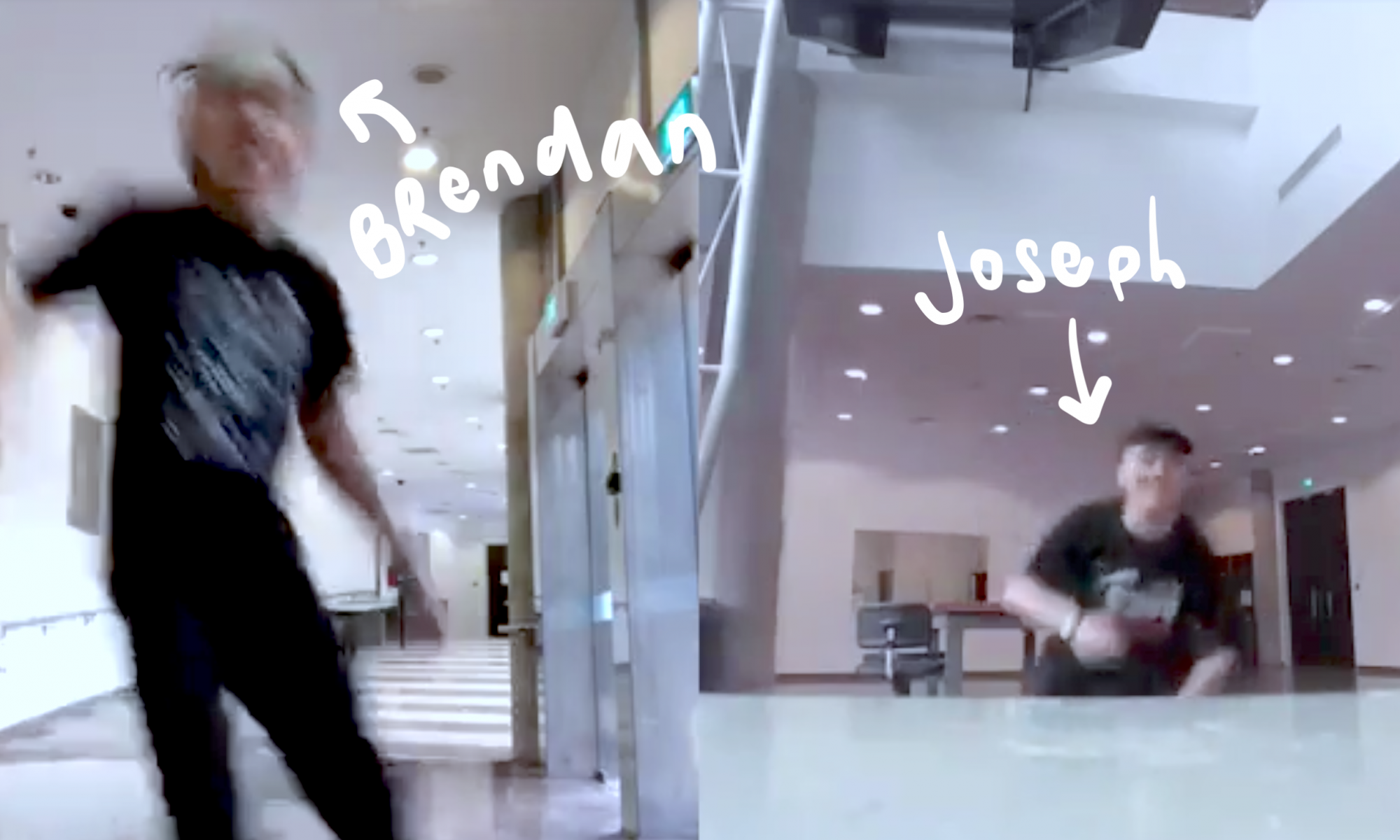 P R O J E C T  By positioning the camera facing opposite directions with a distance away from each other, we coordinated jumping movements such it looked ( or at least it was supposed to??) like we were jumping from one camera to the other, but it would end up being one person jumping out from one camera and another one appearing on the other camera. Capiche? No? I feel ya :’)

O B J E C T I V E S  To be able to create a work that incorporated three person (compared to the other projects with two people) smoothly. As opposed to creating a project that involved two people, two split screens and just inserting an extra person into the other screen. Thus, the third person could either help us break the third space/we had to take turns being on screen.

O U T C O M E   While the idea was there, the coordinating was super hard, and took like…three different live videos for us to be able to coordinate properly jumping into/out of the cameras at the same time and even on our final try we sometimes screwed up (but some of it can blame the camera lag yeah :’) ). But I think we managed to successfully capture a (entertaining?? I hope) video that made use of the split screen function and three people effectively.