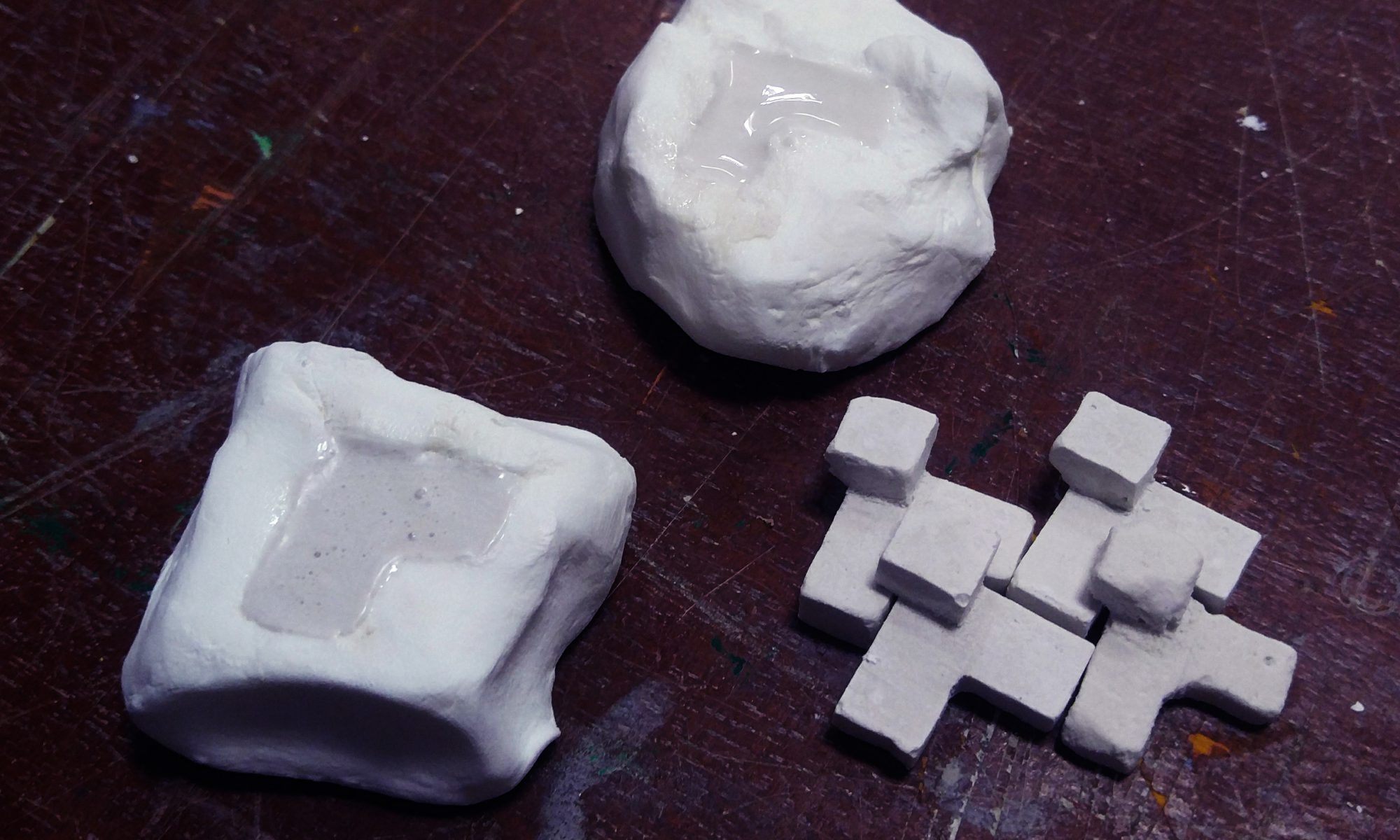 Hey guys!! Here’s the first post for Form and Visualisation in Sem 1.2!!!

For this project, we focus on rectilinear forms while trying to align them with three keywords. As I am literally starving for time because of hall stuff I’m just gonna dive in without the usual drivel that I usually post ahahahahaha :’)

(Unfortunately I don’t have time to do additional orthographic drawings for this last one sorry Cheryl hope it’s okay D: )

In the end, I decided to go with Module 1 as it had a shape that would allow for numerous configurations for the ice tray.

As the latex method would take WAAAAY too long and I only had limited hours, I decided to go with the silicon mould method. Initially I created my mould by sticking the base of the original clay module in the silicon:

But when I took it out I realised it was seriously hard to take out and ended up breaking my module when I took it out!! D: I had to cut into the silicon, and since my clay module didn’t have very sharp edges, the mould wasn’t satisfactory for reproduction at all.

Thus, I decided to use foam instead to create a smaller and more precisely cut version of the module, and used that to create two moulds.

By making 6 replicas of my foam module, I tried to create different configurations of the modules to check out which one would work best as my ice tray. (I am aware one looks like a swastika and it was not my intention pls i swear)

Here is the isometric drawing of the ideal configuration for the ice-tray:

Tired to use line weight and shading to differentiate between the different layers but idk whether it actually helped or not :/

Unfortunately I didn’t take process pictures of the silicon casting process as it was a hectic day filled with hot glue and silicon (and doggos!!!) 🙁 Will update this post once I find if anyone has a process video for my silicon casting! There weren’t really any major problems with the casting and everything went smoothly 🙂

The tray turned out pretty shabby at first, probably because I didn’t properly seal the sides of my modules (for fear that they would interrupt the casting AAA ohno) and thus the edges ended up pretty worn looking. However, I used a pair of scissors to refine the edges and here’s the final product! As you can see the silicon came pretty close to the top of the modules and so the base layer is quite thin and see-through and I’m a bit afraid it might break if I press on it too hard. But so far I’m quite happy with the final ice-tray and it has no complications!