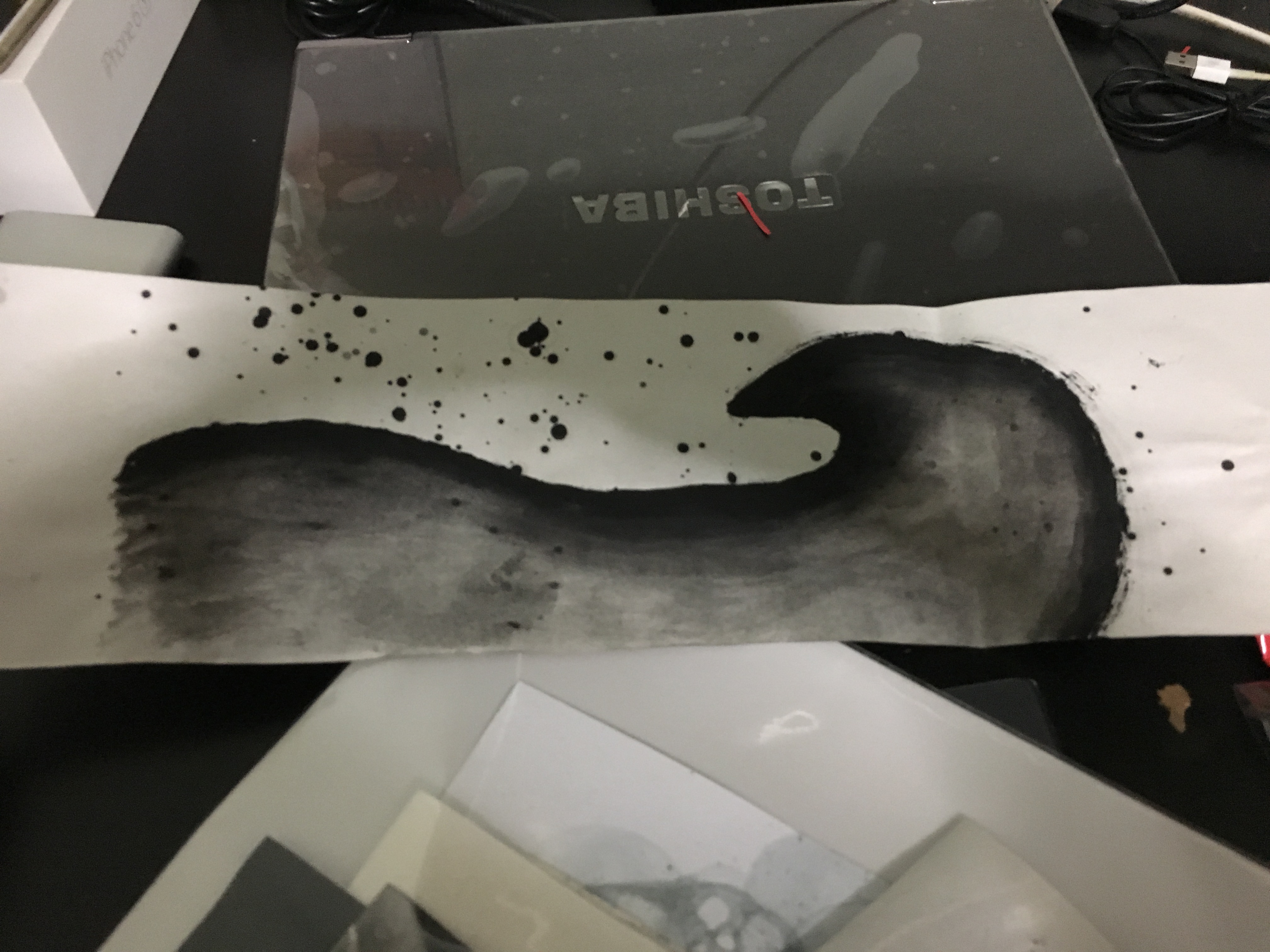 I started my mark making journey in class by experimenting on several methods and materials that could be used.

My first attempt was an epic failure but hopefully success comes with failure. 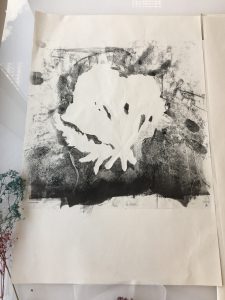 Using the flowers and leafs, I did not consider that the thickness of the object would affect the print. The flower I used was baby’s breath which was a little too thin so only the outline of the flower appeared on the print and small details inside the flower was not reflected. 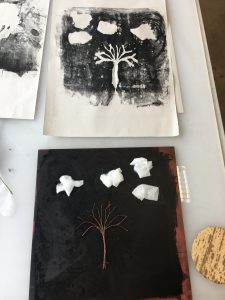 Second attempt was slightly better. The wire I used was still slightly too thin so I made sure to go around every nook and cranny. This proved to have worked better as the outline of the wire was more clearly defined. I also used cotton wool to create clouds above the wire tree. 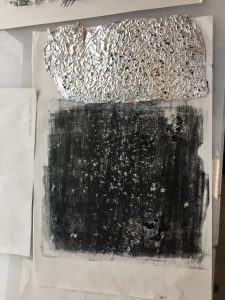 Own Time Own Target Experimentation

I experimented with some of my ideas that I had in my mind to see whether it is executable or whether it looks presentable.

I used tape to create white crosses on the black painted paper.

The paint bled onto the tape thus creating a messy, jagged cross. I felt that the tape was too thick and would like to explore using a thinner replacement (strings? Paper?) instead.

I found an interesting method on YouTube where the artist used bottle caps to create the shape of bubbles (circle) and using water to blend it in.

My first attempt I used too much paint, hence the “bubbles” are too dark. From there, I adjusted the amount of paint by transferring the excess paint on another piece of paper before I transfer it to actual paper.

I wanted to reflect blood on the paper. Some ways I thought of reflecting blood are dripping, splattering and cuts.

To create that drip effect, I sprayed the paper with some water. I proceeded to place some block paint on the top of the paper. However, the paint was not dripping. I decided to try using water based paint instead which successfully created the drip effect. I also sprayed more water on the block paint and it started to drip too.

To create waves and starry sky. 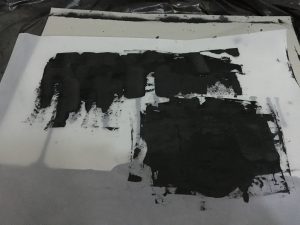 At first, I wanted to create a scraping effect to reflect waves. However, it just appeared like a big black blob of mess. 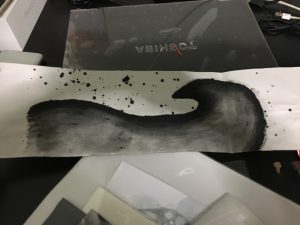 I replaced this with creating a wavy pattern and using water colour for blending. To create that starry sky, I used 2 brushes, 1 with paint and hit it against each other. However, I found that this method was too literal. I shall explore other methods to convey my emotion.

I wanted to create a cloudy effect and decided to experiment on using bubbles. After watching a YouTube video, I experimented on a method using cups, black ink, water and soap. Using a straw, I mixed the contents of the cup and blew into the cup to create bubbles. 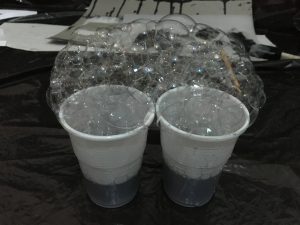 I learned not to place the paper too close to the cups to prevent the shape of the cup from transferring to the paper. It was also a building up process, so I had to do it a number of times to build up the shape. What I think I can improve on is the colour intensity (use block paint instead of water based paint?)