The plastics that were gathered from my online shopping can finally be put to good use.

With the idea of creating a serpent texture, I used several white/transparent plastic and fused it together.  Adding some blue plastic straws as an accent colour. Also, to add a little texture on top of the plastic, I fused some bubble wrap. 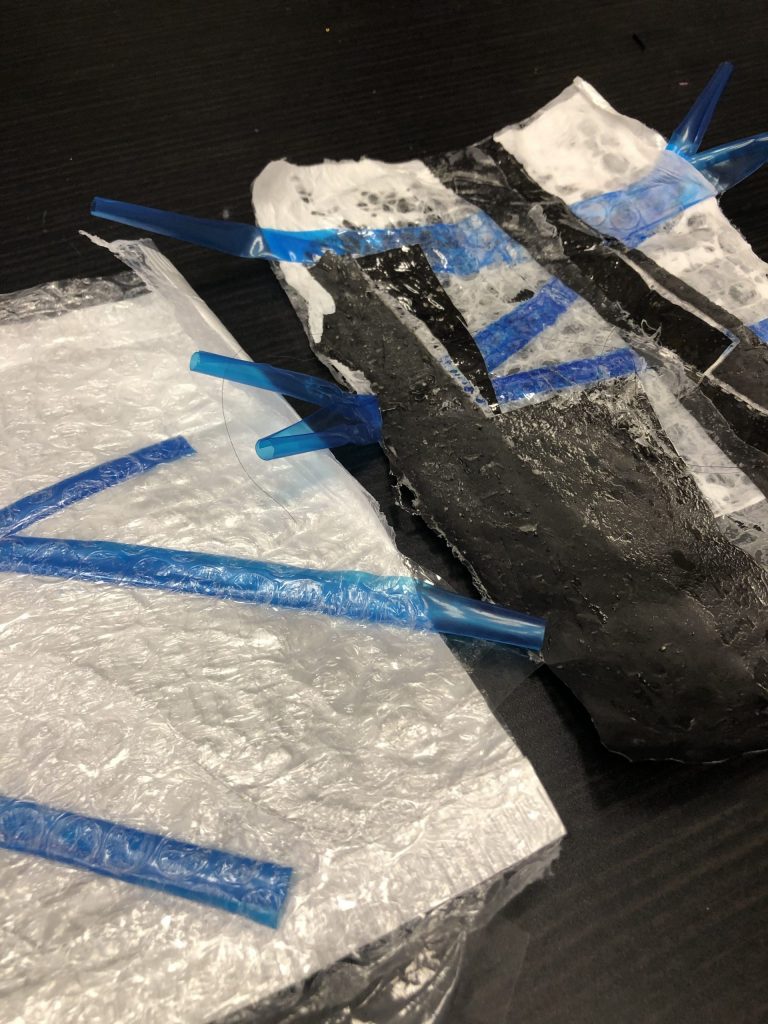 After some experimentation, I realised applying too much heat on bubble wrap will cause it to lose its shape. Also, fusing transparent or similar coloured plastic together, doesn’t have a significant outcome.

This was great fun but also a pain in the ass. I’m still very new to sewing, so I struggled a bit with using the sewing machine. 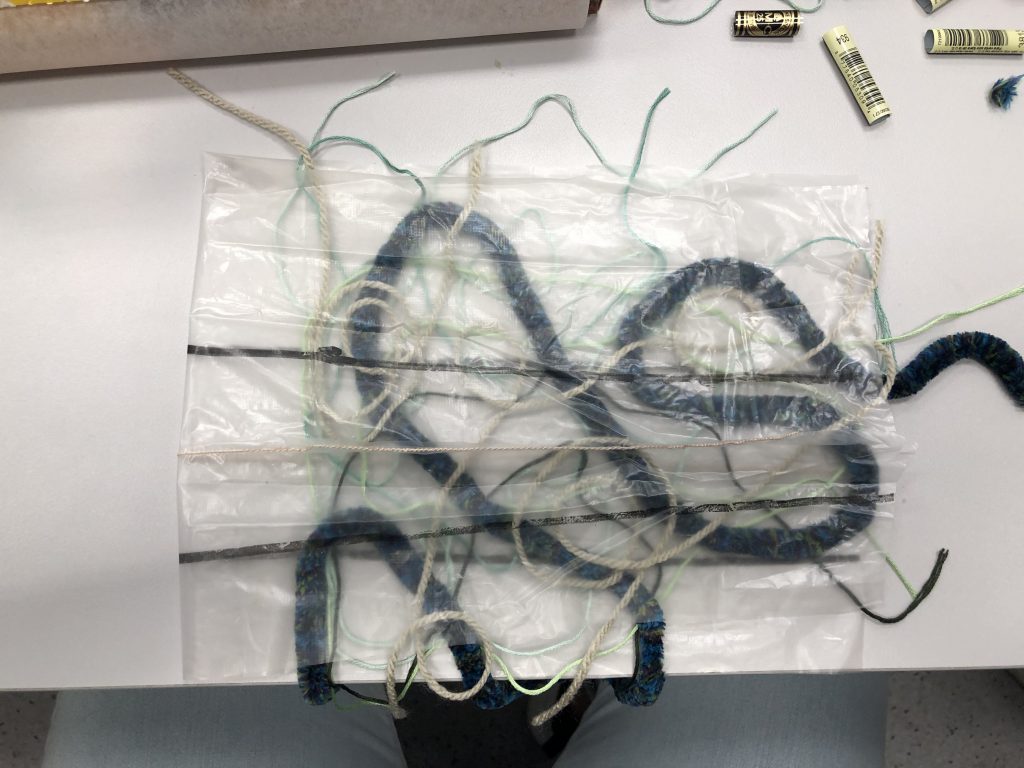 While stacking the threads on top of each other, the threads tend to stick with each other, causing movements in the bottom layer. While sewing, the original form also changed from its intended idea. (This is probably from my lack of skills in sewing. With a little more practice, I’m sure this wouldn’t be much of a problem.) 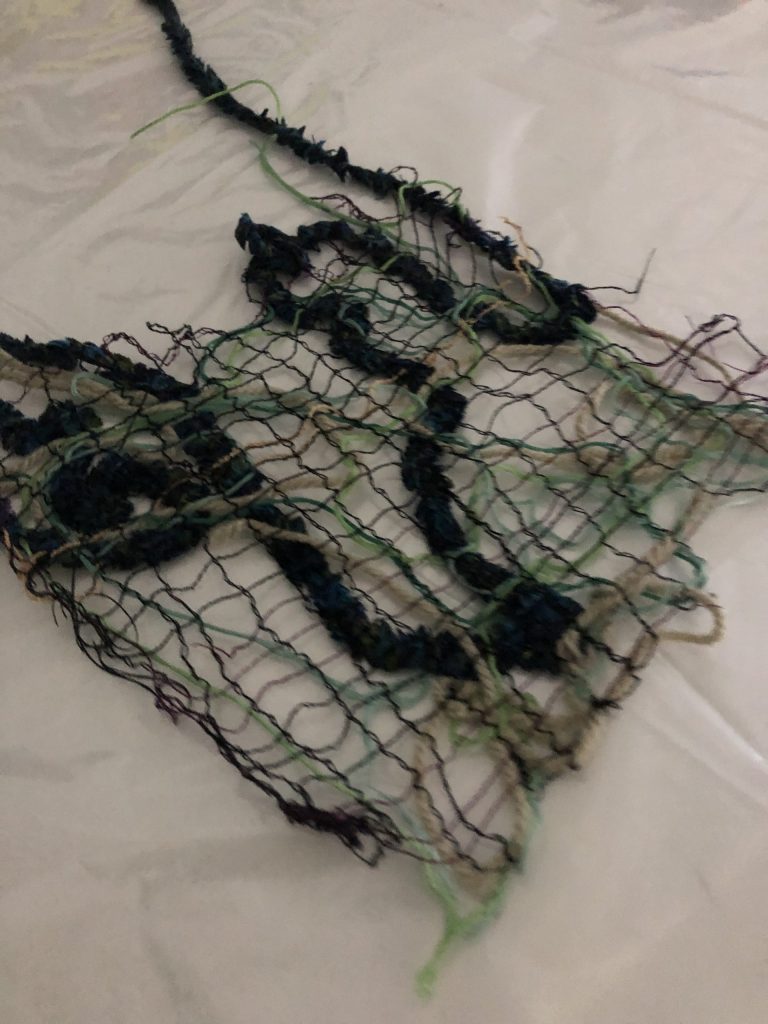 I struggled mainly with the sewing machine because the thread kept snapping, which was caused by the lack of threads for the bobbins.

Note: ALWAYS prepare the bobbin before starting to sew.

I’ll be experimenting more with the water-soluble technique soon. Keep a lookout for the update!