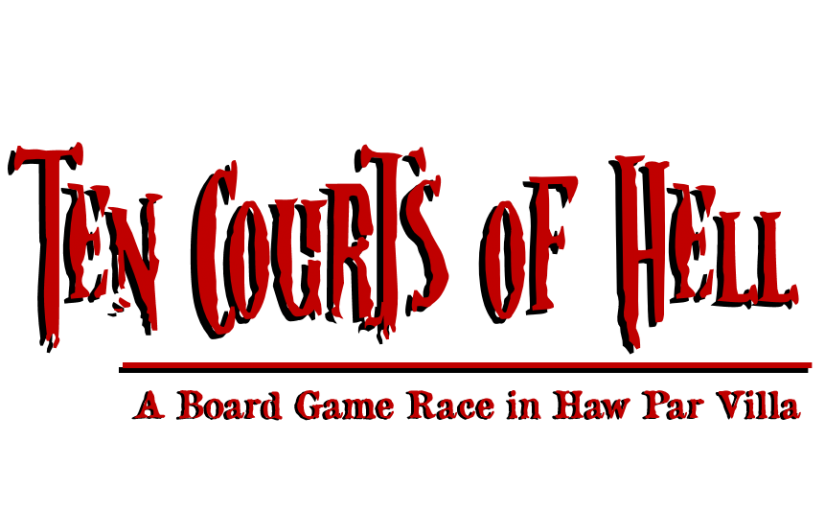 When we first decided to create a game at Haw Par Villa, we thought that going to the actual site itself will help us in creating the stations, understanding the Ten Courts of Hell, and finding the locations for the stations.

Thus, we went to Haw Par Villa to recce the site.

During the recce, we began by visiting the Ten Courts of Hell where we observed the statues and the inscriptions for each court. 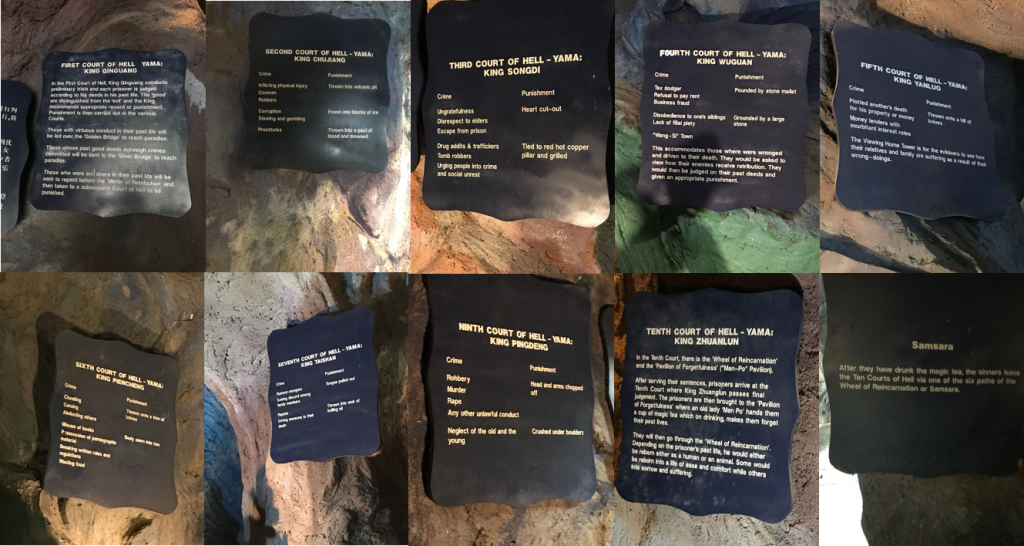 After which, we ventured around the rest of the theme park to find locations that may suit the theme of each court. 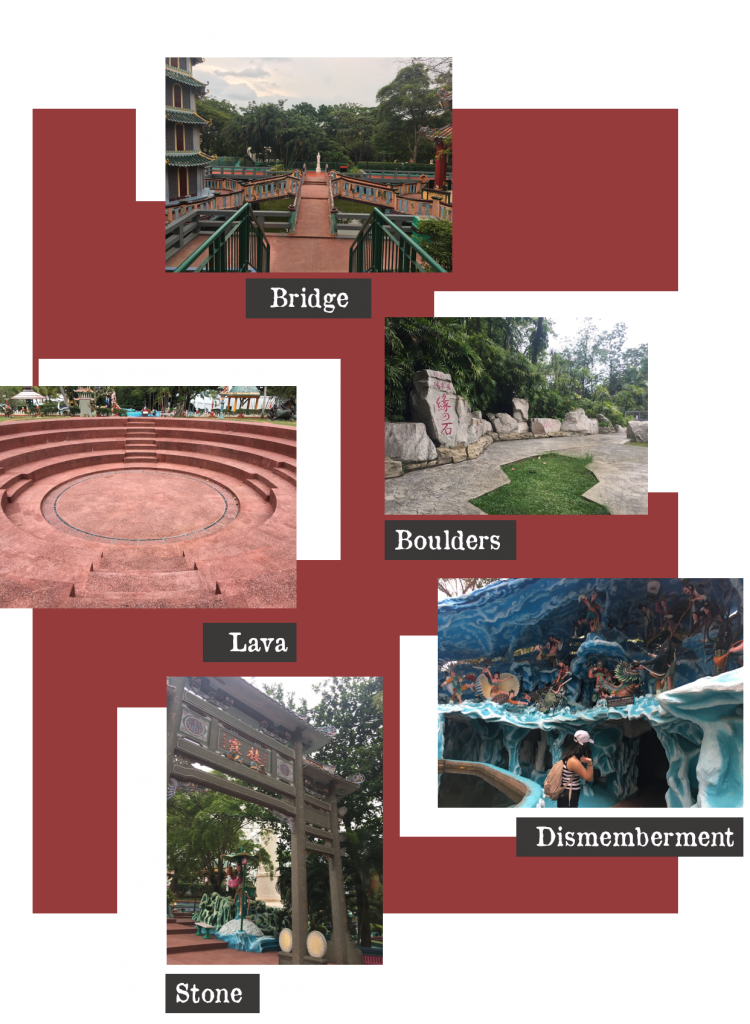 After 4 hours of looking around (well we had our own fun too), we decided on our 10 locations and started brainstorming the games we could play in each station.

Unfortunately, we weren’t able to have a full rehearsal before the actual execution due to lack of time. Instead, we decided to do some test run of the games to ensure that the games were feasible and executable. We also enlisted the help of Brendan and Nik (he just wanted to play Twister) to test out our games. We figured getting somebody else to play our game would also give us an opportunity to see whether people can understand our instructions.

This proved to have been a good move as some games had to be tweaked because we either realized it was too easy or too difficult.

While we were testing out the games, we realized that we were having problems trying to explain the instructions and that our understanding of the game is different from person to person.

Thus, we created the Facilitator’s Guide Handbook (click here to view the document), where all the instructions for both facilitators in ADM and at Haw Par Villa are listed out. The Handbook also serves as a way for us to keep our instructions consistent with each other so that players receive the same set of instructions. Keeping the game as fair as possible.

This was mainly a problem for the Haw Par Villa facilitators (Clara and I). Because we are at Haw Par Villa, we had to ensure that we brought everything along and nothing is left behind in ADM. It would be a complete disaster if we had forgotten to bring the game materials such as ping pong balls, five stones. Furthermore, Clara and I will be separated throughout the game, therefore, we had to have two sets of everything.

So, we set up a packing list that lists out everything we need to bring along.

The nervousness in the air was palpable.

Personally, many thoughts went through my head; What if Clara and I forgot something? What if we can’t get a signal connection? What if it rains? What if security kicks us out? WHAT IF SOMEONE GETS INJURED?

I was vividly freaking out in the morning.

Before execution, we went through the Facilitator Guide Handbook together to ensure that everyone was on the same page.

The moment we got into the car, an ominous sign appeared. It started to rain.

Amazingly, it stopped raining the moment we reached Haw Par Villa. However, the floor got slippery, so we had to be extra careful.

After about 1 and a half hour, the game ended.

Here are some highlights of the game:

Overall, the game went better than what we expected. Honestly, I was mentally preparing for the worse. With the actual day being Friday the 13th, I was expecting something to go horribly.

As they say, “Prepare for the worst but hope for the best”.

I personally think that we planned the game with Murphy’s Law in our head. I felt that that really helped us to ensure that we were detailed and thorough when planning our games.

Nonetheless, there is always room for improvement. After reviewing the Instagram Live, we see a few comments from people asking “what is going on?”. It was then that I realized that from the point of view of someone who just logged in into the Instagram Live halfway through the game, would not have known what was going on. Furthermore, there wasn’t an incentive for people to continue watching the entire game. Thus, I thought an area that could be improved on is the engagement with the audience.

If I had another chance to redo the game, I wished that I, as a facilitator, had been more neutral and remained impartial. Because throughout the game, I became so attached to the team, that I felt like I was almost playing with them. I think that hindered my duty as a facilitator.