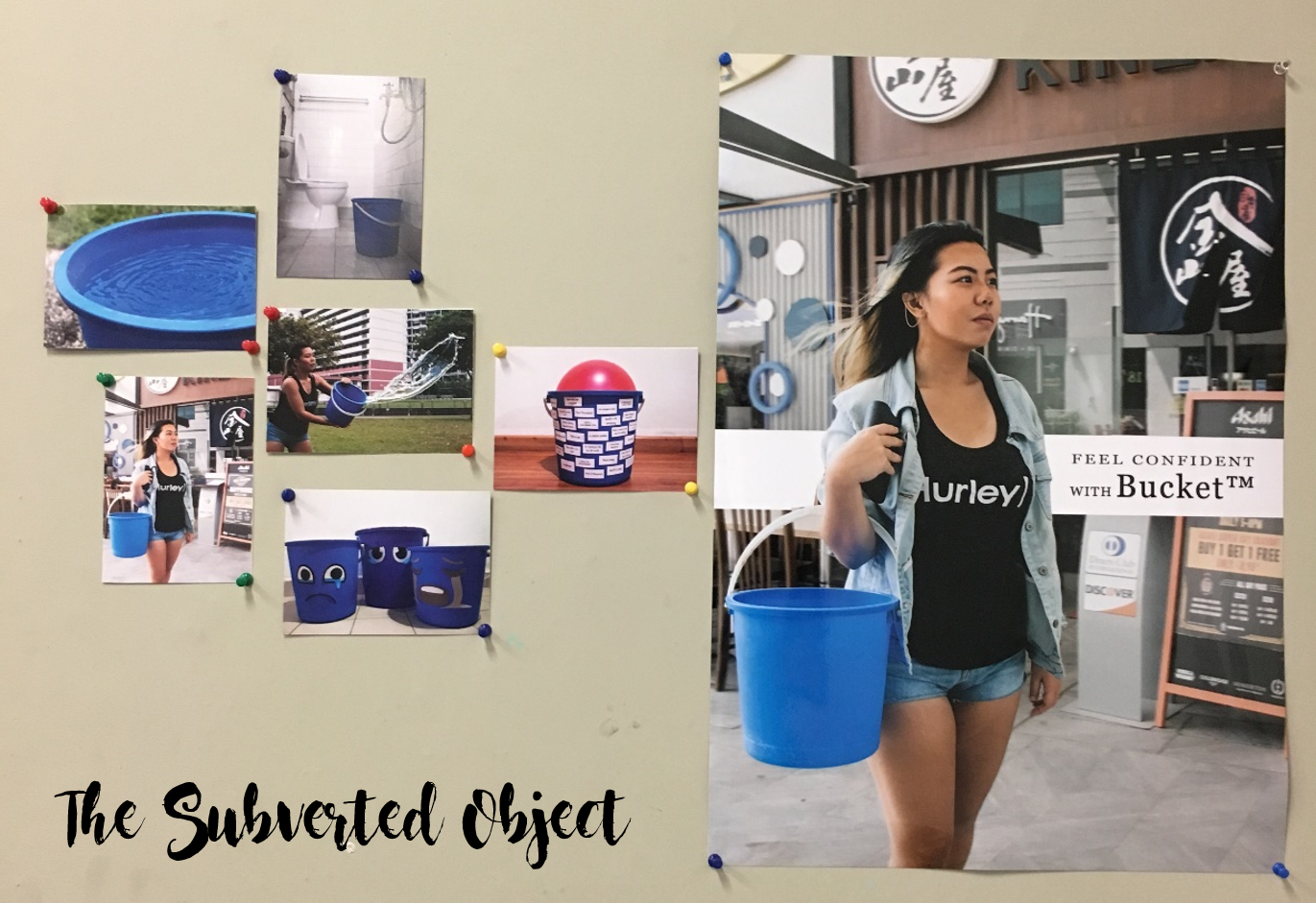 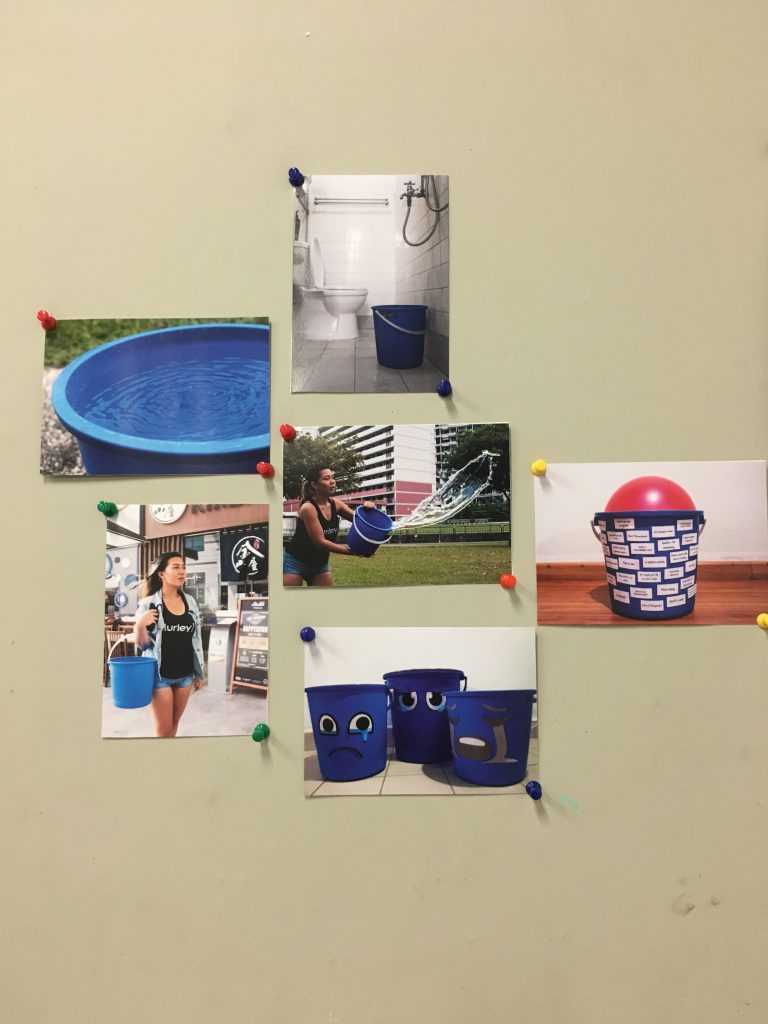 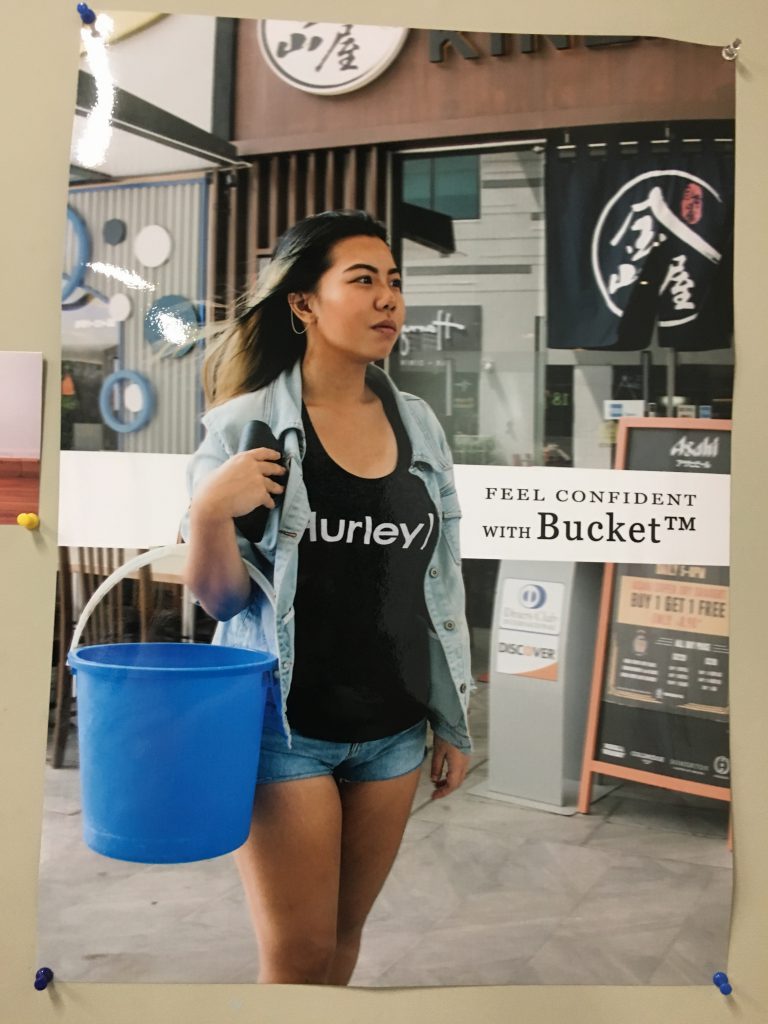 “Bucket in a toilet” 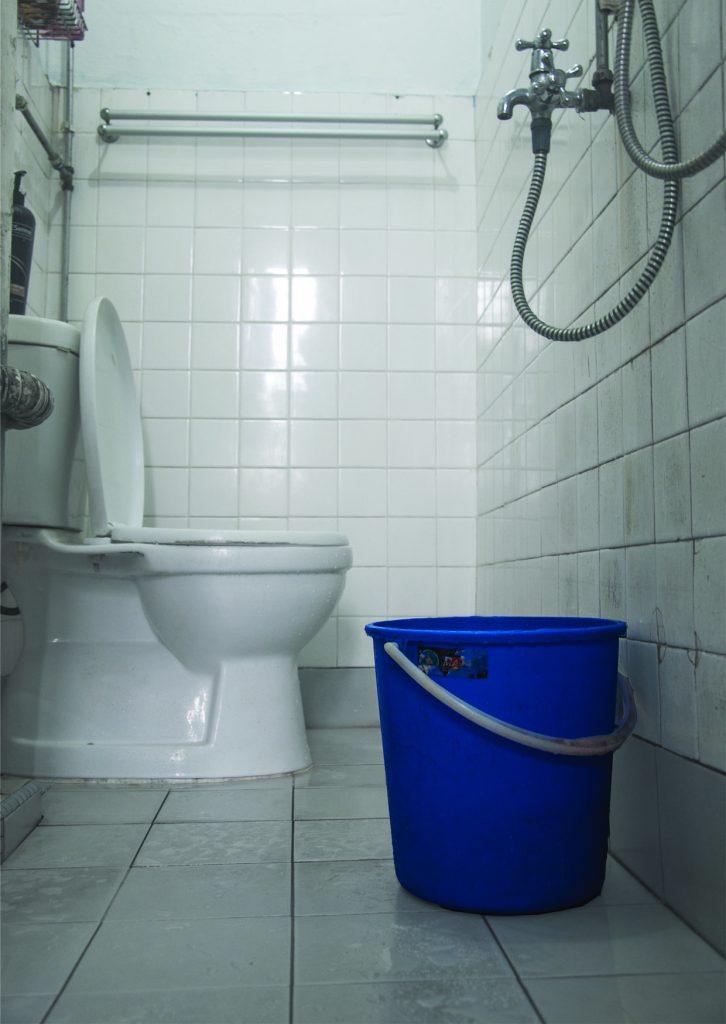 Idea was to display the bucket in its “natural” environment. Buckets are usually found in homes either in the toilet, kitchen or garden. Specifically for me, my buckets are situated in the toilet. Fortunately, my toilet was all white, which contrasts with the bright blue bucket, thus emphasising the attention on the bucket. 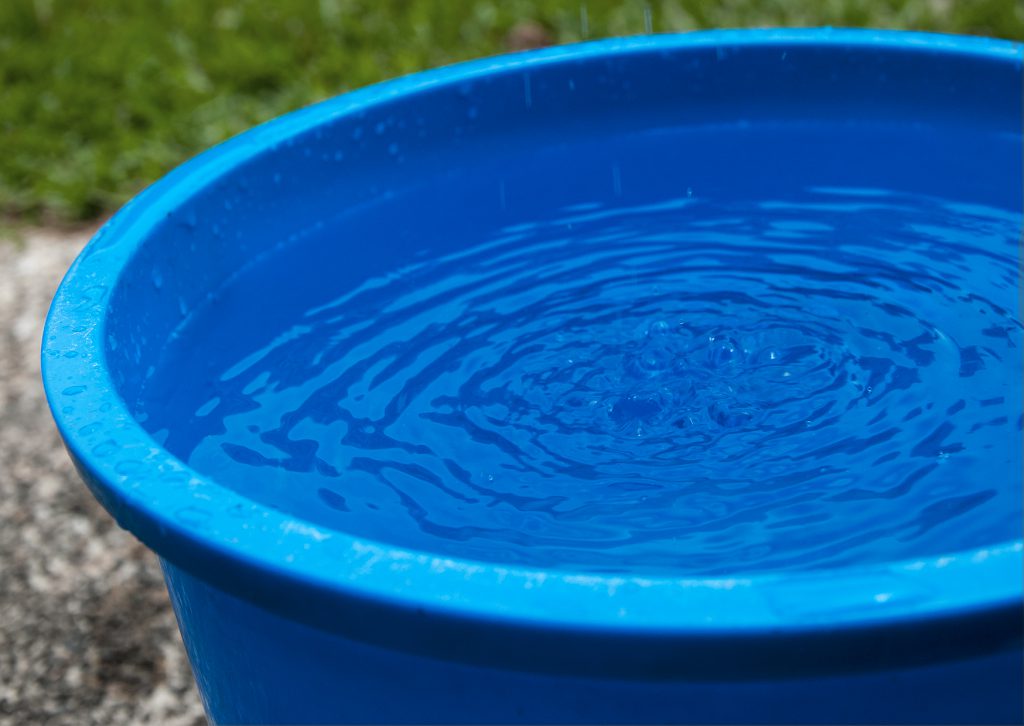 For this photo, I wanted to highlight the purpose/use of the bucket.Buckets can be used to hold all sorts of things such as sand, fruits, cement, etc. One of the most common use of a bucket in a usual Singaporean homes is for holding water. In general, “bucket” and “water” are closely related to one another. Notice how the background was blurred, and the focus is on the water ripples/droplets in the bucket. In order to create this effect, I used shallow focus. 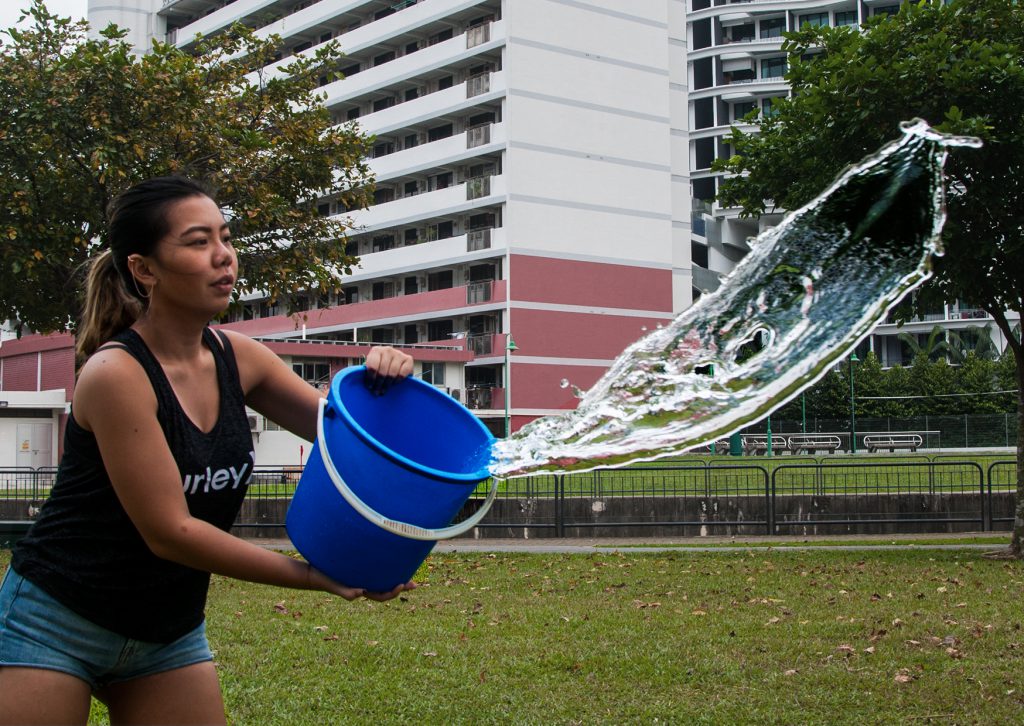 Buckets can prove to be useful in times of emergencies such as a fire. When loaded with water, buckets can be used to put out fires usually in a home, where there are no fire hose or hydrant in sight. Other than emergencies, it can also be used for having some fun time, like splashing water at one another.  In the recent years, there was the ice bucket challenge for raising awareness for the amyotrophic lateral sclerosis disease (ALS) which is an example of how a water filled bucket had been used. This shot was tricky because I needed to ensure that I took the photo at the right time by making use of shutter speed. Also, had to ensure that the angling of the water splashing was just right.

Time to activate my imagination. 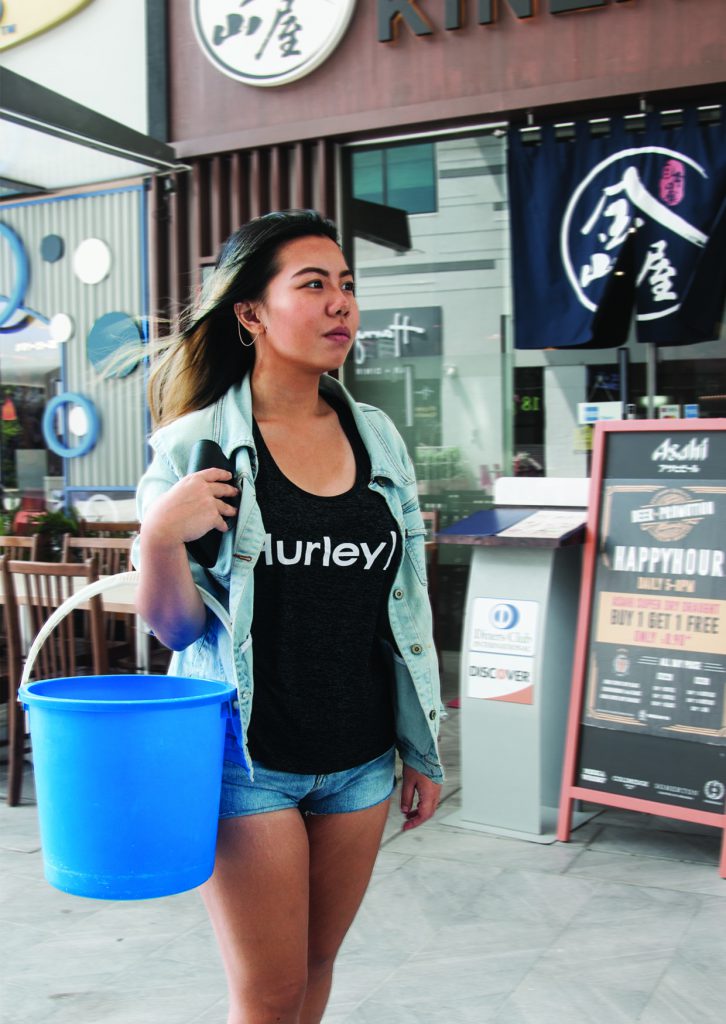 PS. the wind was on point that day. 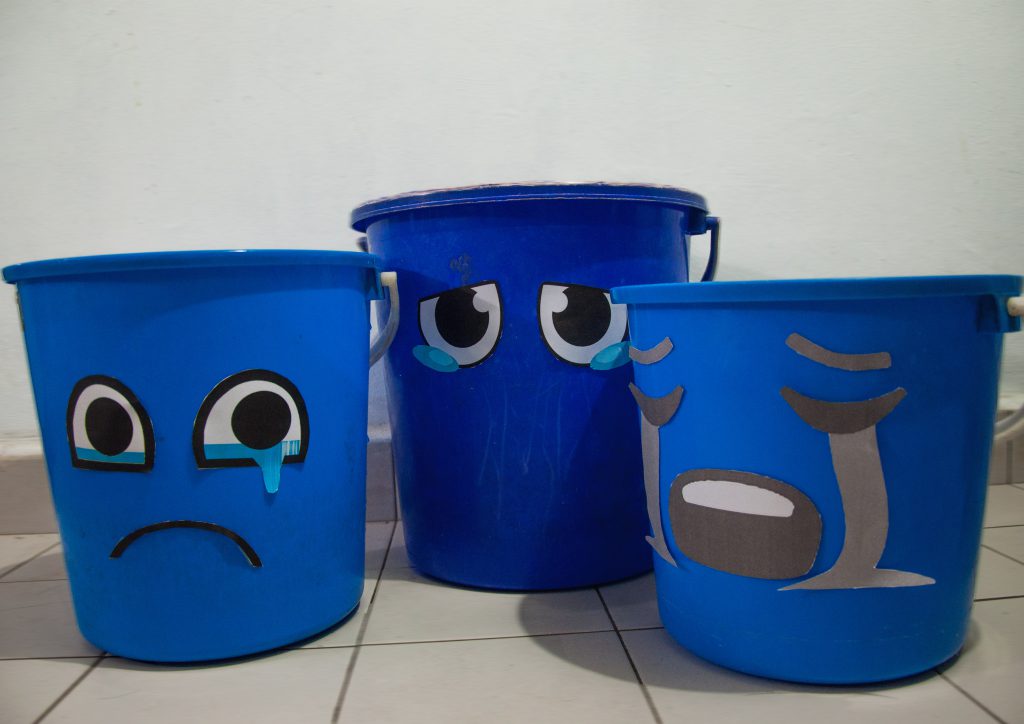 Metaphorically, cry buckets means to cry a lot.  I thought why not make it literal by having the buckets cry. Thus also subverting the object, as buckets are inanimate objects that are incapable to express emotions. I printed out some crying faces and attached a different crying face to each bucket. I decided to go for more than one bucket to emphasize on the plurality of “cry buckets”. 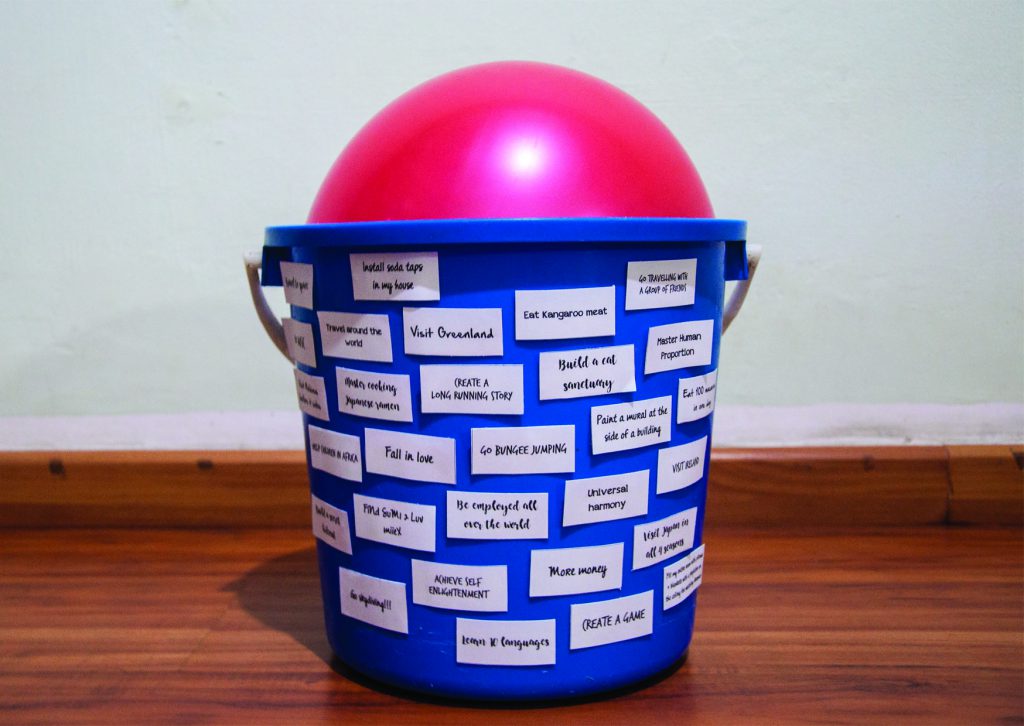 When I first thought of bucket and subverting a bucket, the first thing that came to mind was bucket list. Bucket list refers to the things that you wish to do before you die. Culturally, we associate a bucket list with a handwritten piece of paper, full of all things you want to do.

My idea was to have the list of things we want to do ON the bucket itself. So I gathered some of my classmates’ bucket lists and cut them out into small pieces of paper. I then proceeded to paste this pieces of paper onto the bucket. Thus, creating a list on the bucket, hence making a  bucket “list”.

I wanted to spruce things up a bit and added a balloon into the mix. The balloon is trapped inside the bucket, this represents how all of our bucket list has not been fulfilled yet. Hopefully, one day we will be able to let the balloon go and fulfill all of our dreams. 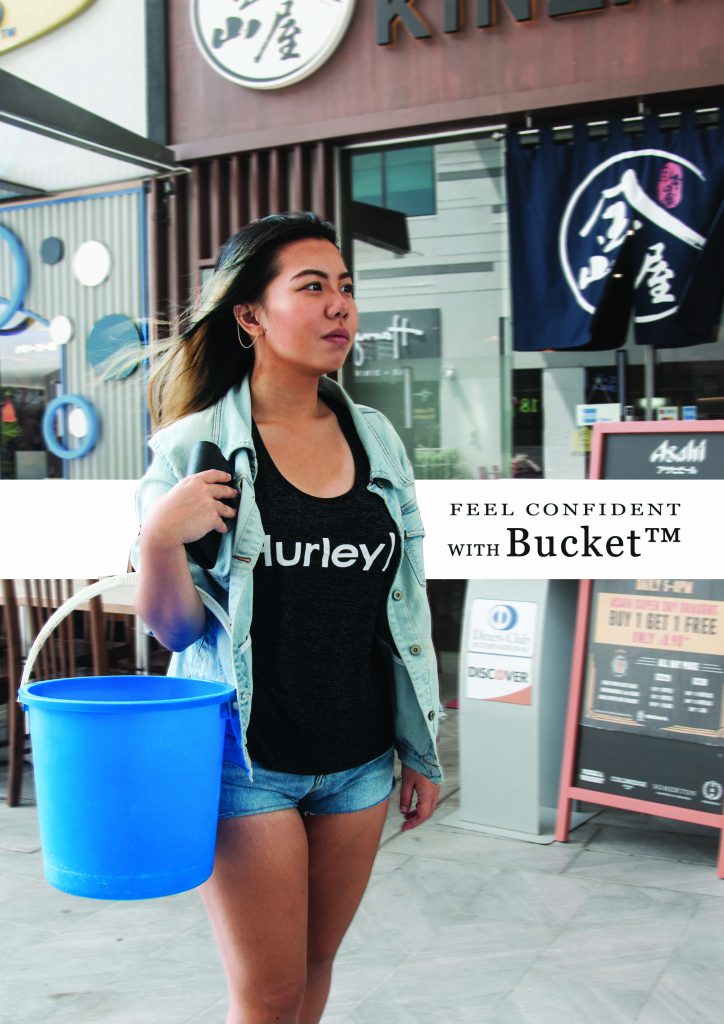 The photo I chose for Task 3 is the “Fashion Bucket”.

In the poster, I added the title “Feel confident with Bucket™”.

I wanted to give the “Bucket” a branding and display it as a high end luxurious handbag such as Chanel, Gucci, thus I decided to add the trademark.

During class, we went through a brain-storming session. Below are some images and ideas from the session. 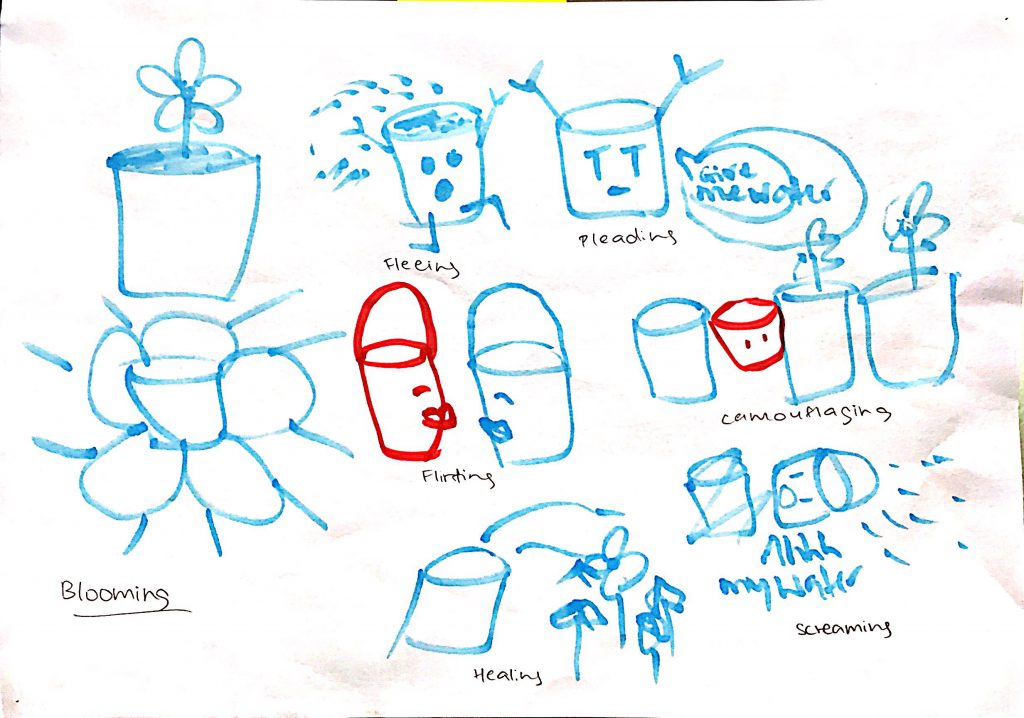 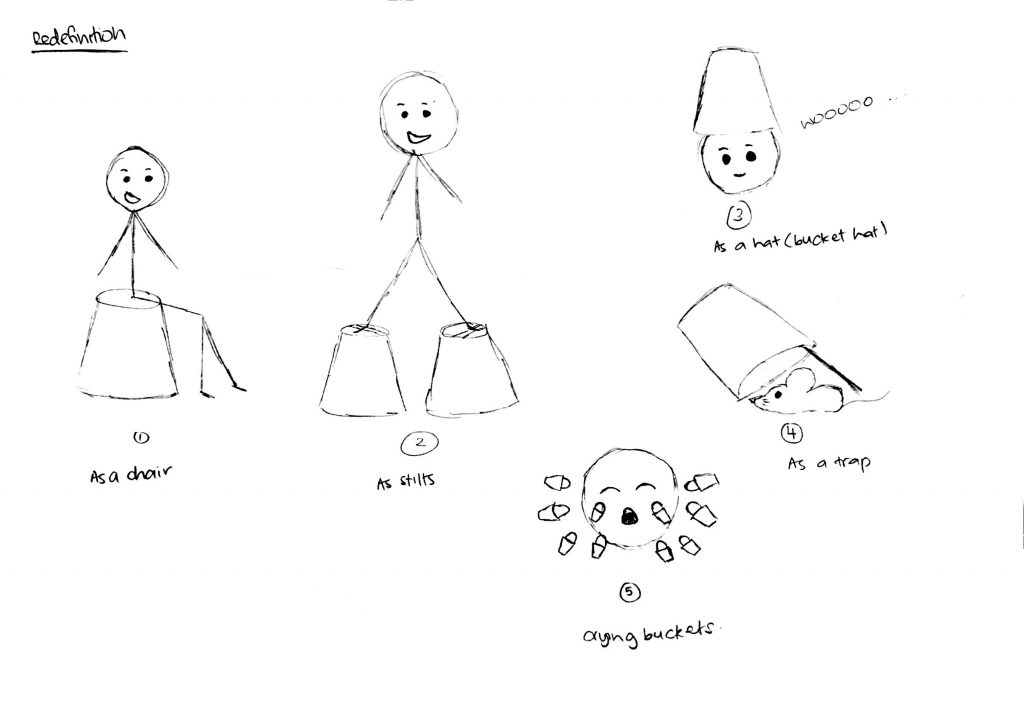 This brainstorming session proved to be useful as I derived the idea of “Crying Bucket” through this exercise.

Initially during my test shots, I found that most of my photos of the “Water Bucket” appeared too dark even though I used a bunch of light from my phones and a torchlight. During my consultation with Lei, she explained to me how high shutter speed images needs to be taken with strong lighting. She advised me on either using strong spotlights or take the photos outdoor for as much natural bright lighting. Taking Lei’s advice, I managed to capture the image the way I wanted it.

A common comment from the class and Lei was that I could have pushed the idea of “high-fashion bag” even further by photographing it in front of a branded shop such as Louis Vuitton, Chanel, etc. Through this comment, I realised that I’m still trapped in my comfort zone in Foundation 4D and I should challenge myself to step outside of the comfort zone for my future projects.