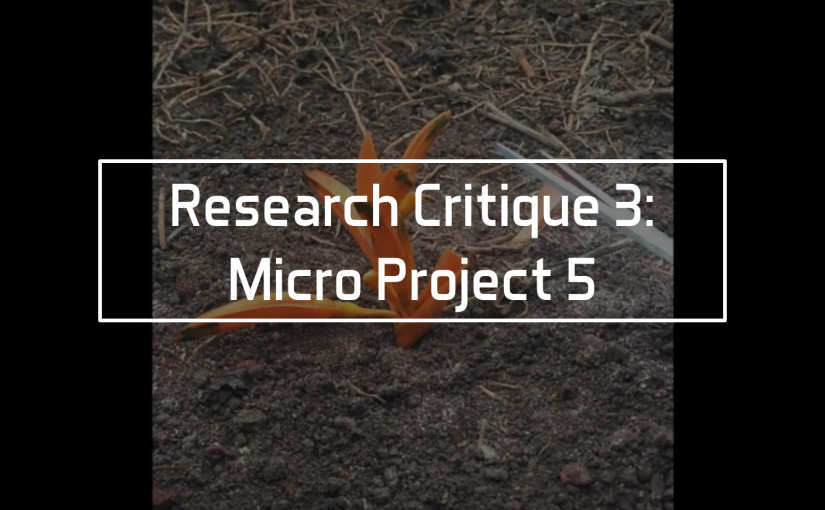 (In collaboration with Azizah, Naomi and Qistina)

“Words have the power to both destroy and heal. When words are both true and kind, they can change our world.” – Gautama Buddha

We began this micro-project with the idea of how words can be a cause for destruction. The words we speak can have a great impact on a person and create a lasting memory. In this micro-project, we delve into the idea of how negative words leads to the destruction of a beautiful form and transforms it into a complete mess. I felt that our project embraces an underlying societal problem where we aren’t aware how much our words can affect people.

In the Ant Farm, Media Burn (1975) mentioned in the Interview with Chip Lord, the performance art is “a creation of an image” that serves as “a powerful critique of television”. Similarly to this micro project, it tackles a certain societal issue, wherein the case of Media Burn, it “challenges and destroys television” for its ubiquitous presence in everyday lives.

For this beautiful form, we chose a flower which we plucked out from its plant (the first form of destruction – in the form of removing it from its natural environment).

After which, we brought it to someplace else, where we began our attack of words as well as physical attack. As we recite the negative poem, we see the flower getting cut, stabbed, burned, stepped on and eventually buried.

Towards the end, we see a breakage of the linear narrative where the narrative sequence was jumbled up, resulting in an inconsistency – a form of glitch that we incorporated. As mentioned in the Randall Packer, Conversation with Jon Cates (2014) Hyperallergic:

“For me this approach to noise or noisiness, or dirt, or dirtiness, is a way to foreground as you say, an aberrance or perversion of normative message or what we might perceive to be logical reasoning.”

As Jon Cates have mentioned, the addition of noise (glitch), in this case, the breakage of linear narrative, helps to move away from the normality or logical reasoning of what people depict as “perfection“. Further emphasizing the beauty of glitch art in the Menkman, R. (2009) “Glitch Studies Manifesto :

“glitch can reveal a new opportunity, a spark of creative energy that indicates that something new is about to be created“