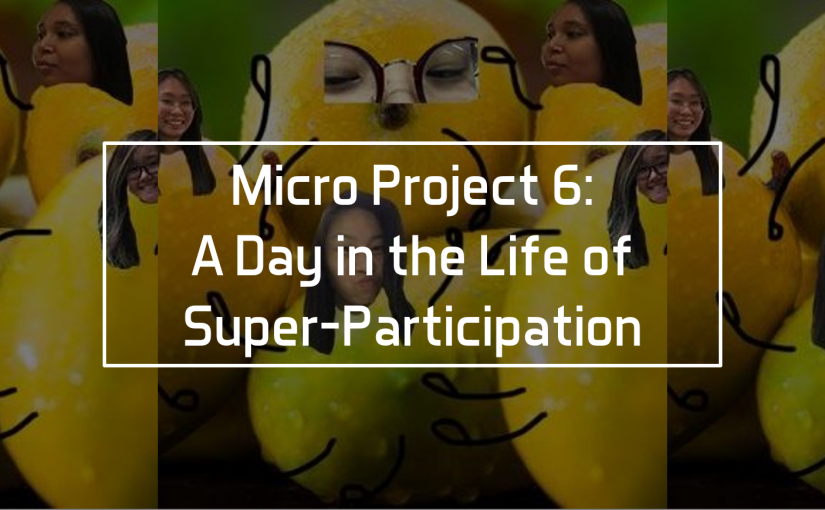 (In collaboration with Clara, Minjee, Tanya, and Youlmae)

24 hours on social media… In the beginning, that sounded really fun. Oh boy, was I wrong…

I felt that before this project I was already sorta addicted to checking social media (more of a nothing-better-to-do/boredom thing). But after this project, I had a realization that actually my addiction isn’t as bad as I thought it was.

Having my phone around with me 24/7, social media is available to me with just a click of a button.

However, I realized that my dependency on social media was more towards an entertainment platform rather than communication. For example, I would rather be scrolling through social media reading memes, than posting tweets about what I did.

At first, the idea of updating people about what I was doing every 30 minutes, did not feel like a challenge. But as I was constantly updating, I realised how this act was disrupting my day-to-day activities.

In the beginning, I felt that my group members and I were excited to start this project.

But eventually, everyone got sick and tired of having to stop whatever they were doing to post something. 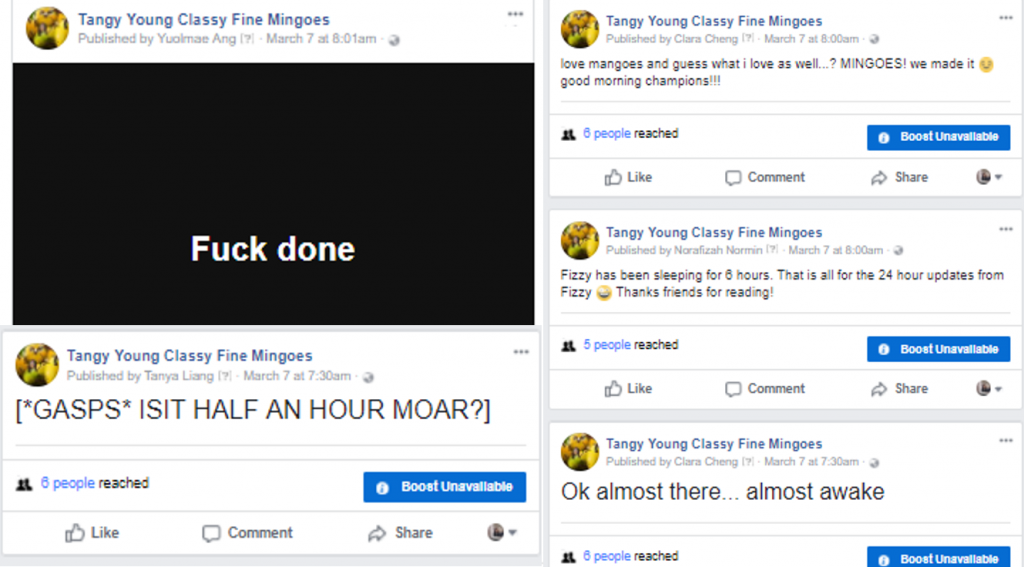 On that day, I was at the Asian Civilisation Museum for my Art History research,  I couldn’t even appreciate the artworks properly because I was busy looking at the clock to check whether it was time to post. Imagine trying to appreciate art, but there is something in the back of my mind, constantly thinking “has it been 30 minutes yet?”

It was a fun first experience, I’ve really never updated anybody on my whereabouts or what I was doing for 24/7.

Hmm… Nope, not to me. Because I still had control over what I want to post.

Will I ever do this again?