what is hope to me?

When you are hoping for something, you are asking or wishing for something to happen. for example, “I hope to get good grades for this assignment”. So who are we wishing to or rather who is listening to our hopes and wishes? For me, when I make wishes, I direct them to God.

naturally, i associated hanging mobiles with children hospitals. so who are children wishing to?

children are young, so they may or may not feel strongly or understand the idea of God. Then it hit me.

So what am i getting here?

However, after discussions with the class, I realised that my idea was overly complicated and that I should ease on the concept.

Nonetheless, I didn’t want the ideas I already came up with to go to waste, thus, I decided to build on it. Throughout all the designs I came up with previously, I extracted the motif of wings. I continued to build on the idea of incorporating wings with different meanings.

A seedling is a young plant that grows from a seed. With the proper amount of moisture, light and temperature conditions, the seedling will grow. Thus, it could represent a hope for growth.

I thought the vines of a leaf could resemble wings, hence I worked with that idea in mind.

A tree could represent many things, such as life, prosperity, strength and stable growth. I thought I could make use of the branches of a tree to form the shape and vines of a butterfly. 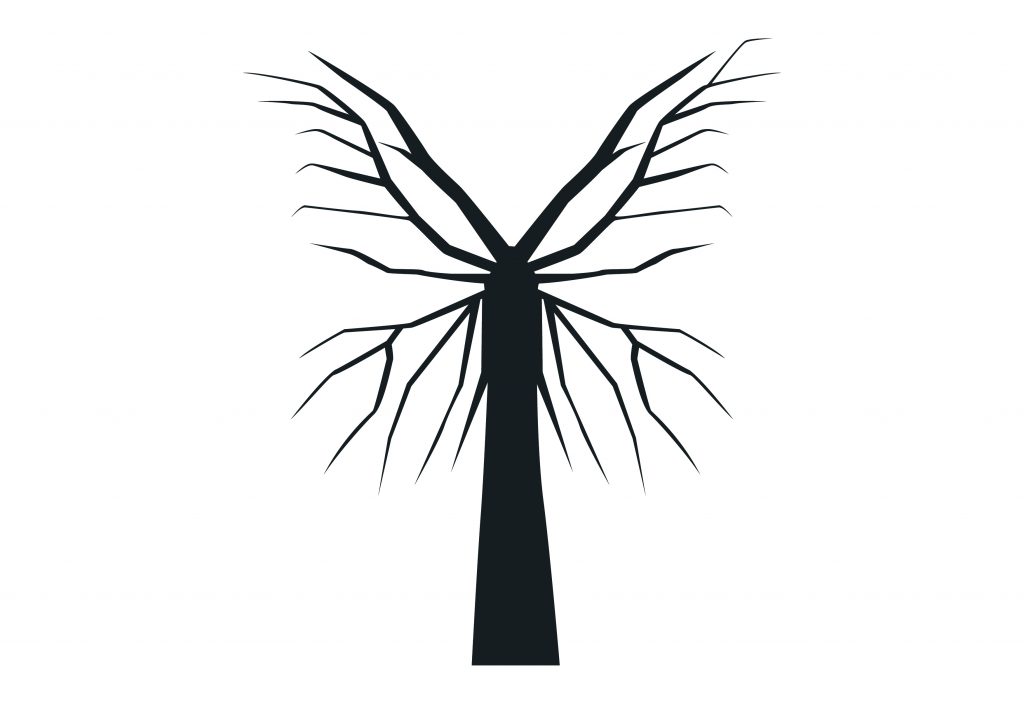 Different types of flowers could have different meanings. However, what I wanted to show was the blooming of the flower which represents the growth of a flower. The growth into something beautiful and breathtaking.

I received feedback that the bottom design looked too illustrative for a logo design and that I should avoid using gradients in my designs. I was informed to add more details to the wings. 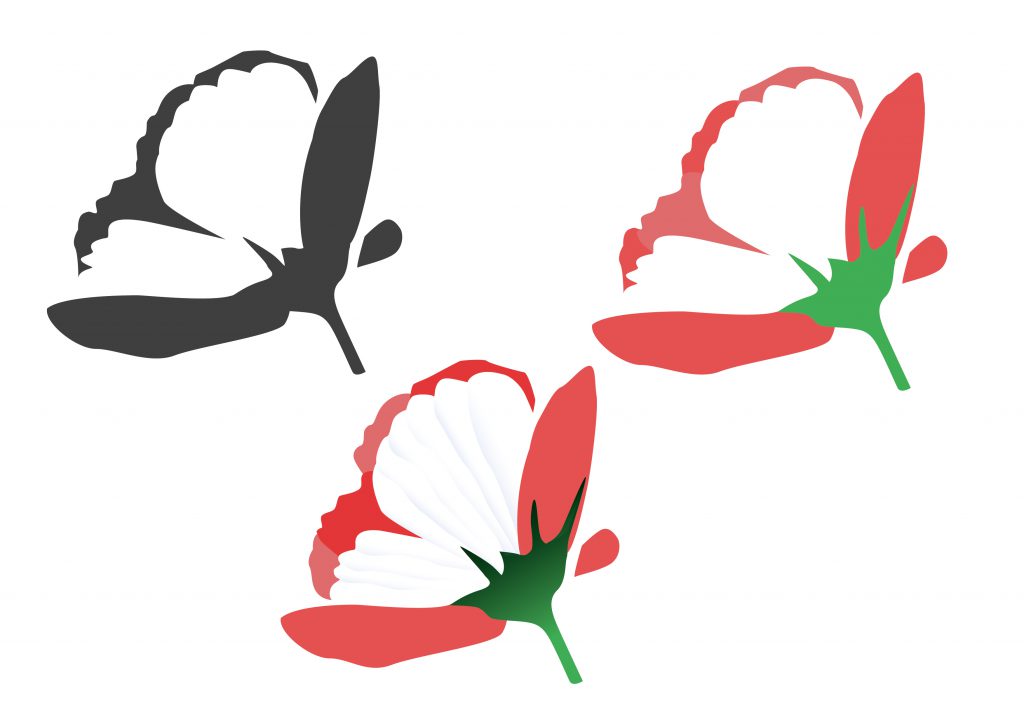 After much consideration, I decided to build on the idea with a flower and incorporate it with butterflies. You can find the final concept which I will describe in greater detail in my final post that you can find here  final post.

The image below shows the progression from its initial design (1 to 4). Some feedback that I received for the 4th design was that the form was too busy and there were too many jagged edges. I should also adjust the scale of the wings to make it look more like a petal. 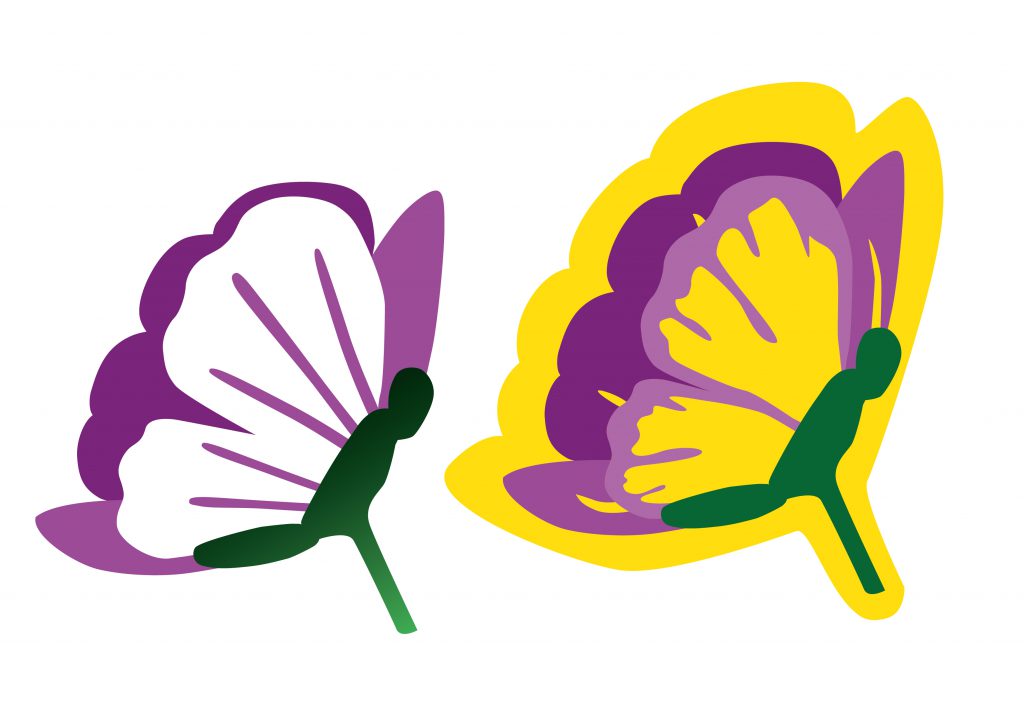 The second design to me felt like 2 separate forms; a flower and a butterfly; placed on top of each other. I was thinking that I can incorporate the pattern of the wings into the rest of the petals. 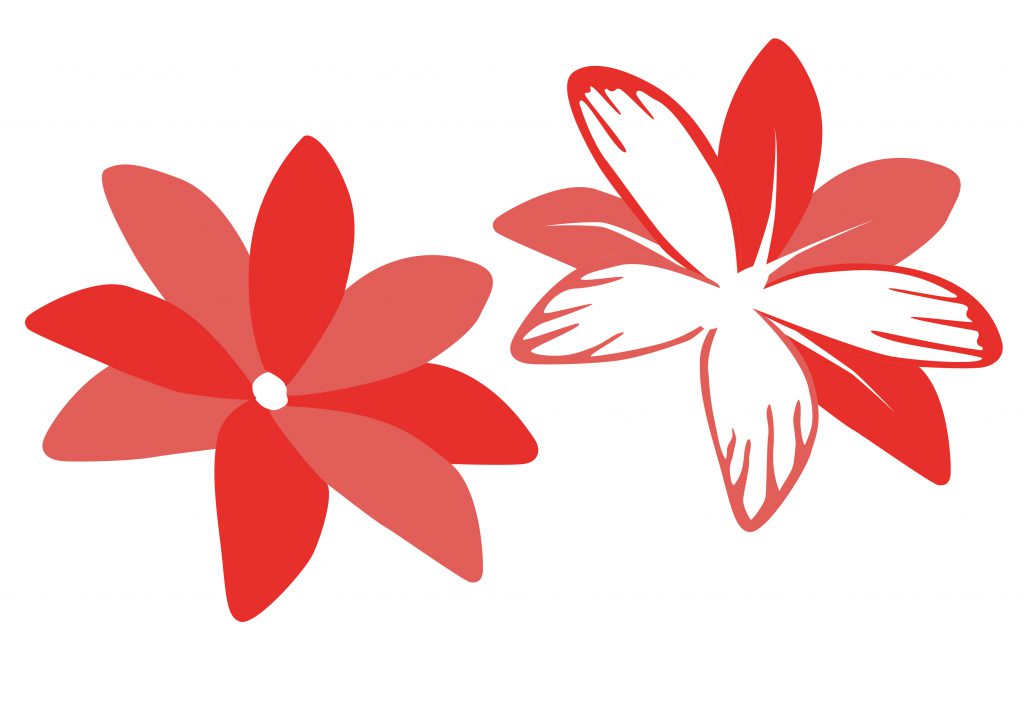 With all this in mind, I began working on my final designs. To see the final outcome of this project, click here.