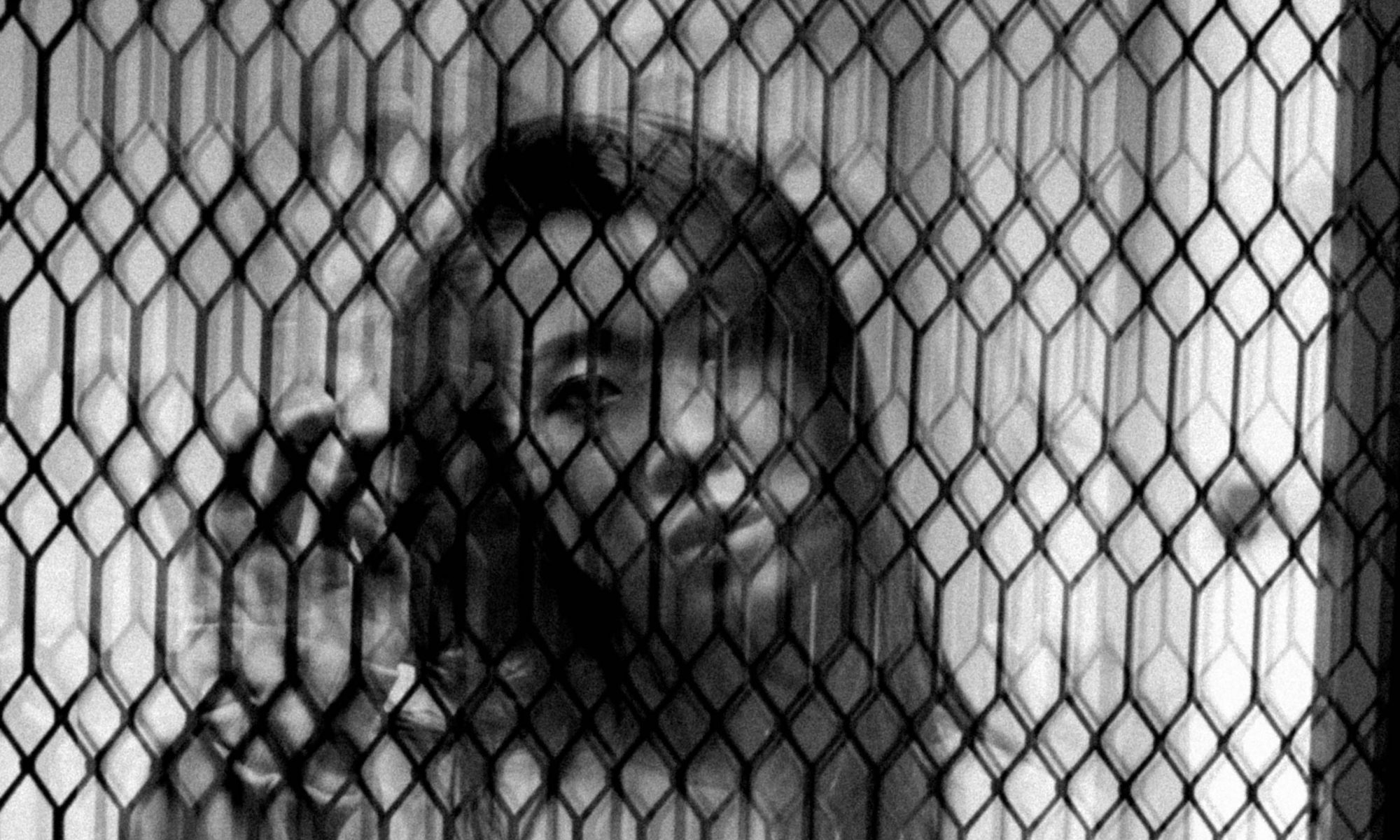 “In The Style Of”

The period between Meiji restoration in 1868 till the end of World War II in 1945, was known as the modern era of Japanese photography. This period saw an increase of focus towards the external world, direct photography techniques and larger ranges of subject matter.

The modernist movement of the late 19th century then preceded to focus more on the representations of reality, and also brought forth the various pursuits of experimentation. It resulted in the discovery of depicting new ways to show a photograph, bringing out exciting new realities presented.

In Japanese photography, these experimentations were done under the rubric of New Photography also known as the Shinko Shashin movement. One of the photographers I’ve chosen for my essay is Nakayama Iwata (1895-1949) who is regarded as a one of the most important contributors to this particular movement.

After graduating from the Tokyo School of Fine Arts in 1918, he received a scholarship from the Japanese government and went to California before settling in New York. At that time Nakayama was attracted to avant-garde movements and returned to Japan in 1927, bringing home his own vision of ‘pure art photography’. In 1929,  he settled in Ashiya and founded the Ashiya Camera Club with other photographers. This club became the main driving force of New Photography in Japan. New Photography based itself on the teachings of Laszlo Moholy-Nagy, Man Ray, Alexander Rodchenko and other photographic experimentalists. Nakayama gave a new expression to portraits, townscapes, still-lives, nude-studies, photo-montages, and theatrical shots experimenting with photograms, photo-montages or the use of obtuse angles, distorted reflections and time-lapse exposures. 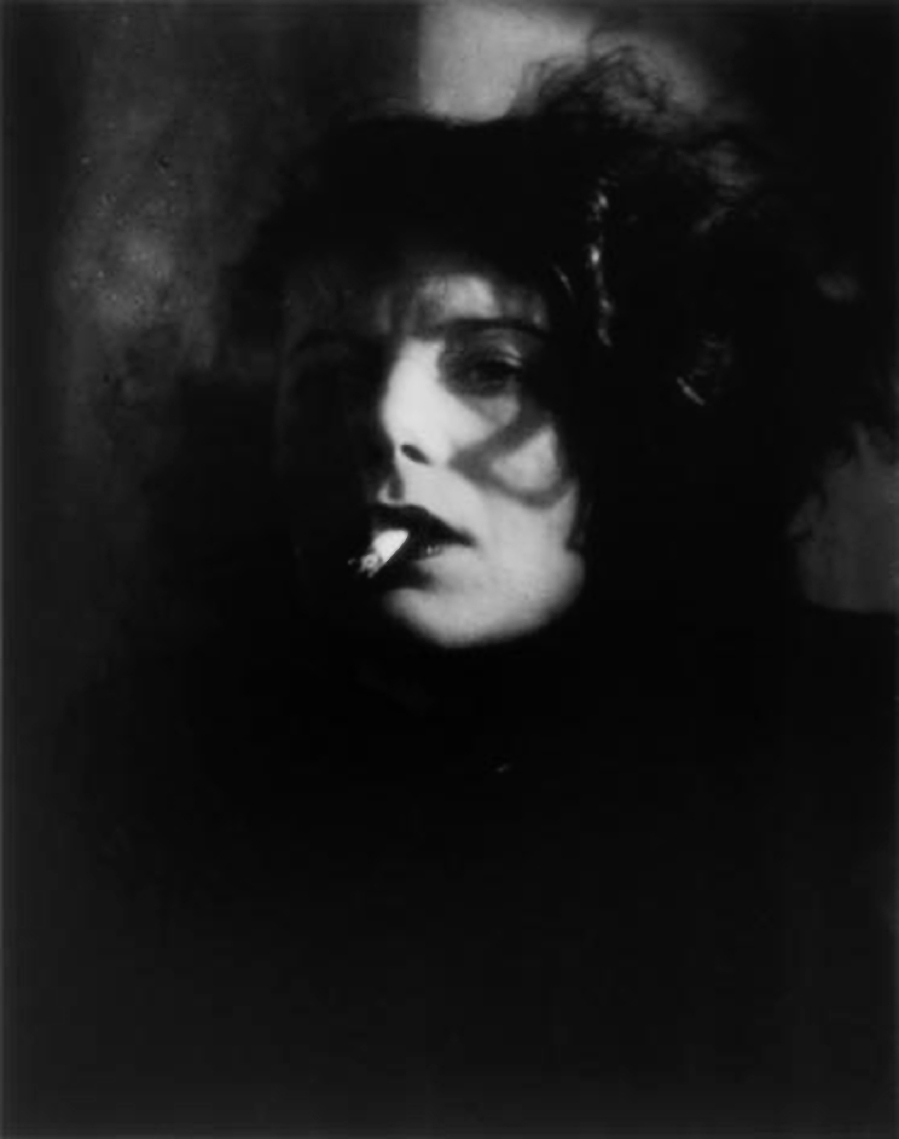 Taken the year Japan invaded Shanghai, this photograph is dark and rather mysterious. The woman is smoking a cigarette. Her face is mostly cast in the shadows while half of her face and the smoke of the cigarette is highlighted. Given the time period this photo was taken in; it has been theorised of having an undertone of repressed fear. 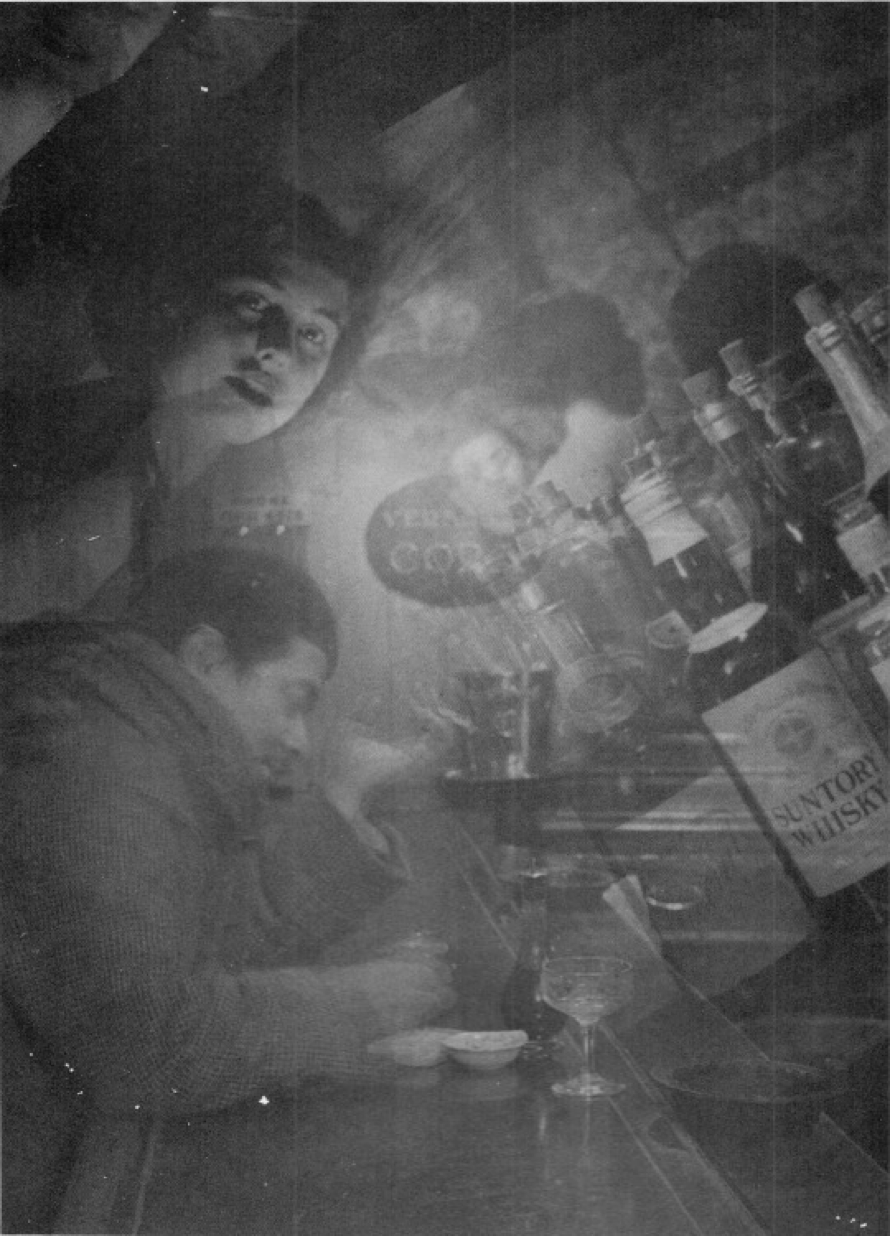 One of the key concepts that I found fascinating was the invocation of the feeling between reality and dreams that comes through from his photographs. I often have very vivid and realistic dreams that I wake up to feeling extremely perplexed as to what my reality actually was. Friends who spend a lot of time with me would also notice that I have very frequent and elongated déjà vus. All these constant personal battles between my own conscious and subconscious made me very excited to try and personify them in this assignment, and to somewhat emulate Iwata Nakayama. 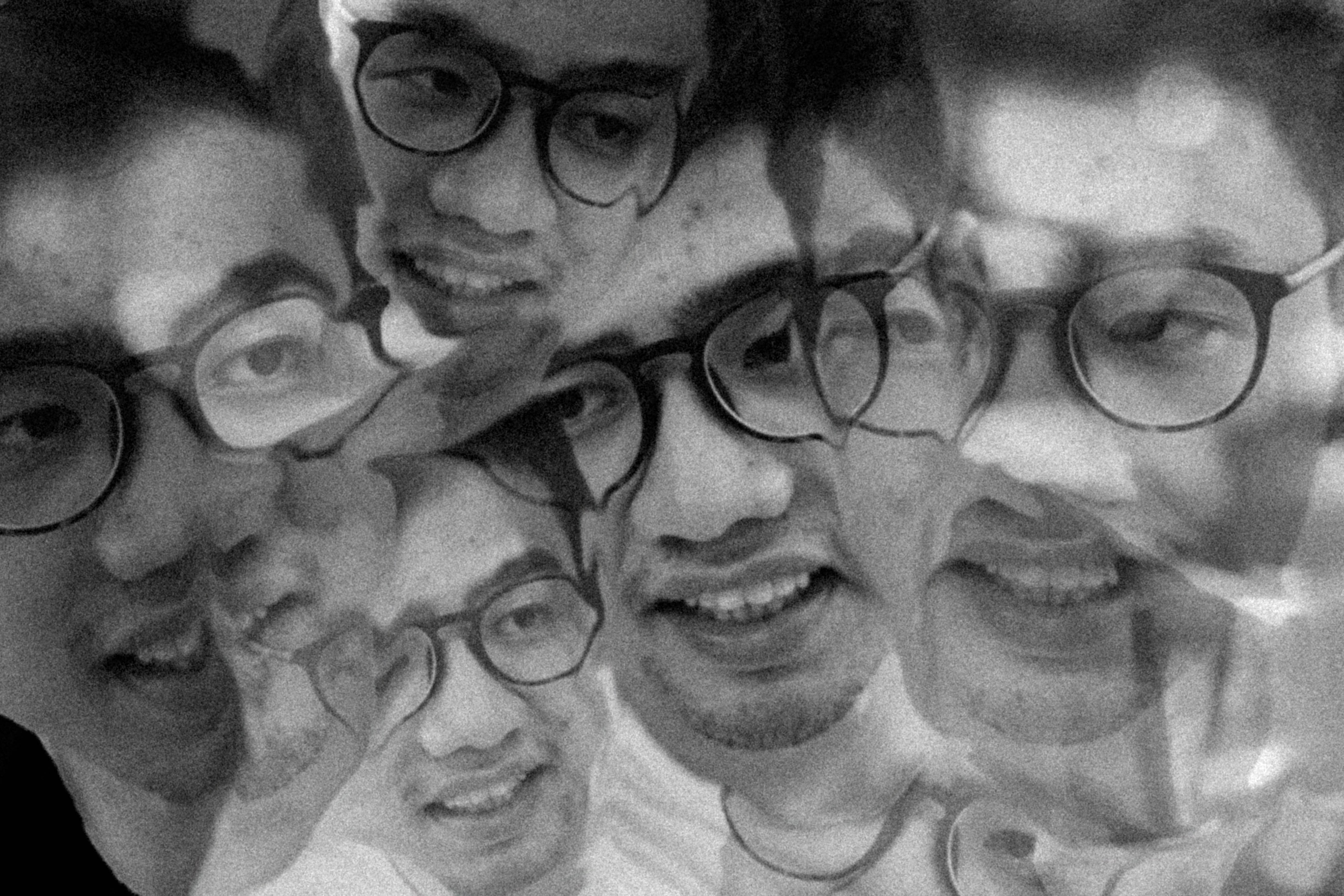 I was experimenting with multiple exposures but I couldn’t exactly get the exact results I wanted so I turned to Photoshop to help manipulate this piece. I shot my friend over dinner whilst he was having a conversation, and I really do enjoy his expression in this photograph. He looks rather perplexed in this photo and does have the sense of wanting to speak his mind. I wanted to piece multiple of his expressions together to create the story of a conversation one often has with oneself. A piece of self-reflection in one’s head, if you will. 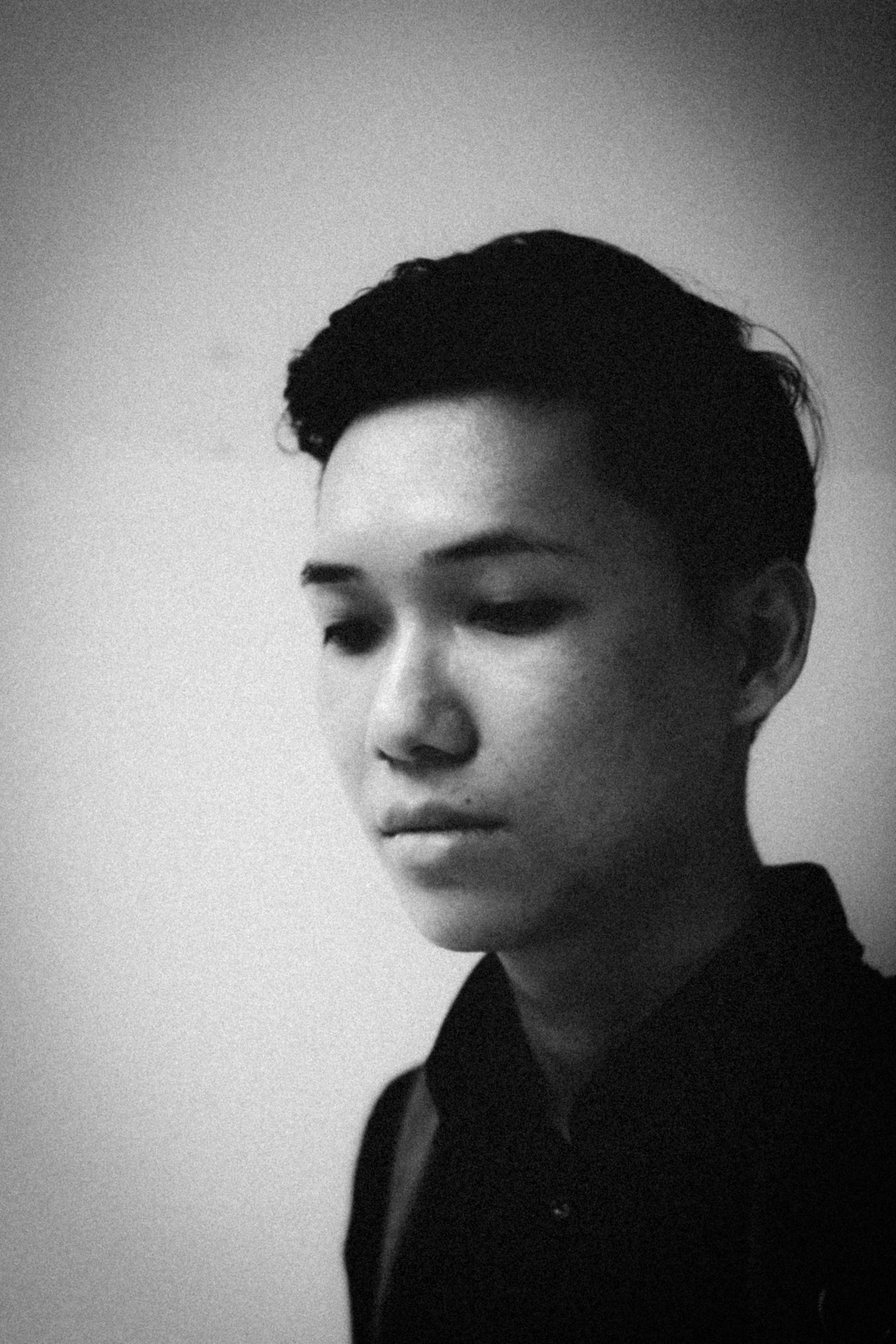 Having really enjoyed Iwata Nakayama’s Woman In Shanghai, I was thrilled to have recreated that same effect with one of my guy friends, titled Man In Singapore. This photograph was taken when we were walking along the streets, trying to take photographs but was interrupted by rain so we had to promptly seek out shelter nearby. We were waiting for the rain to stop so that we could continue shooting and I quickly shot this when he was looking at the rain falling towards the floor. I recreated the dark and moody setting to emulate how we felt about the constant rainy weather of Singapore these days. 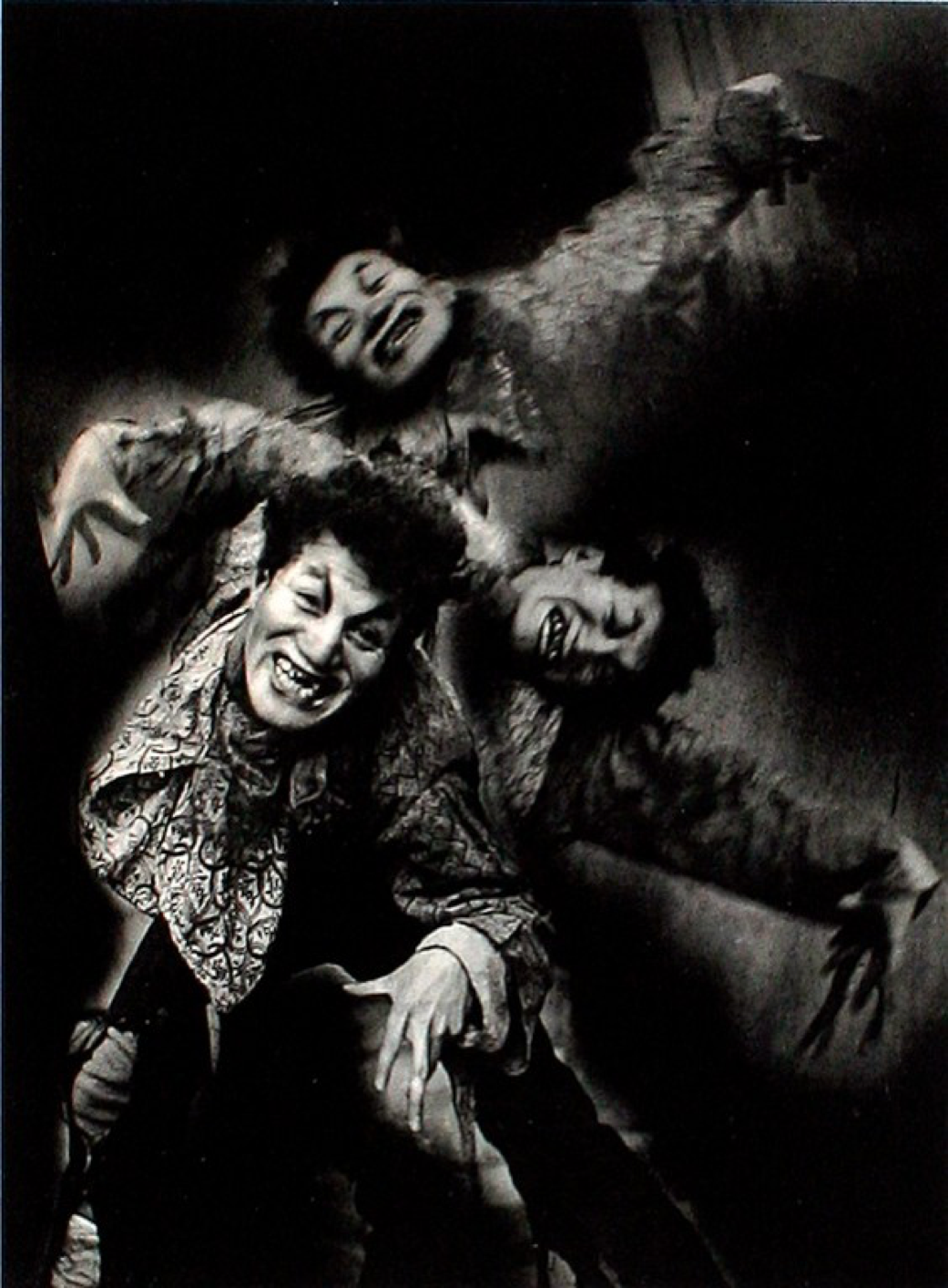 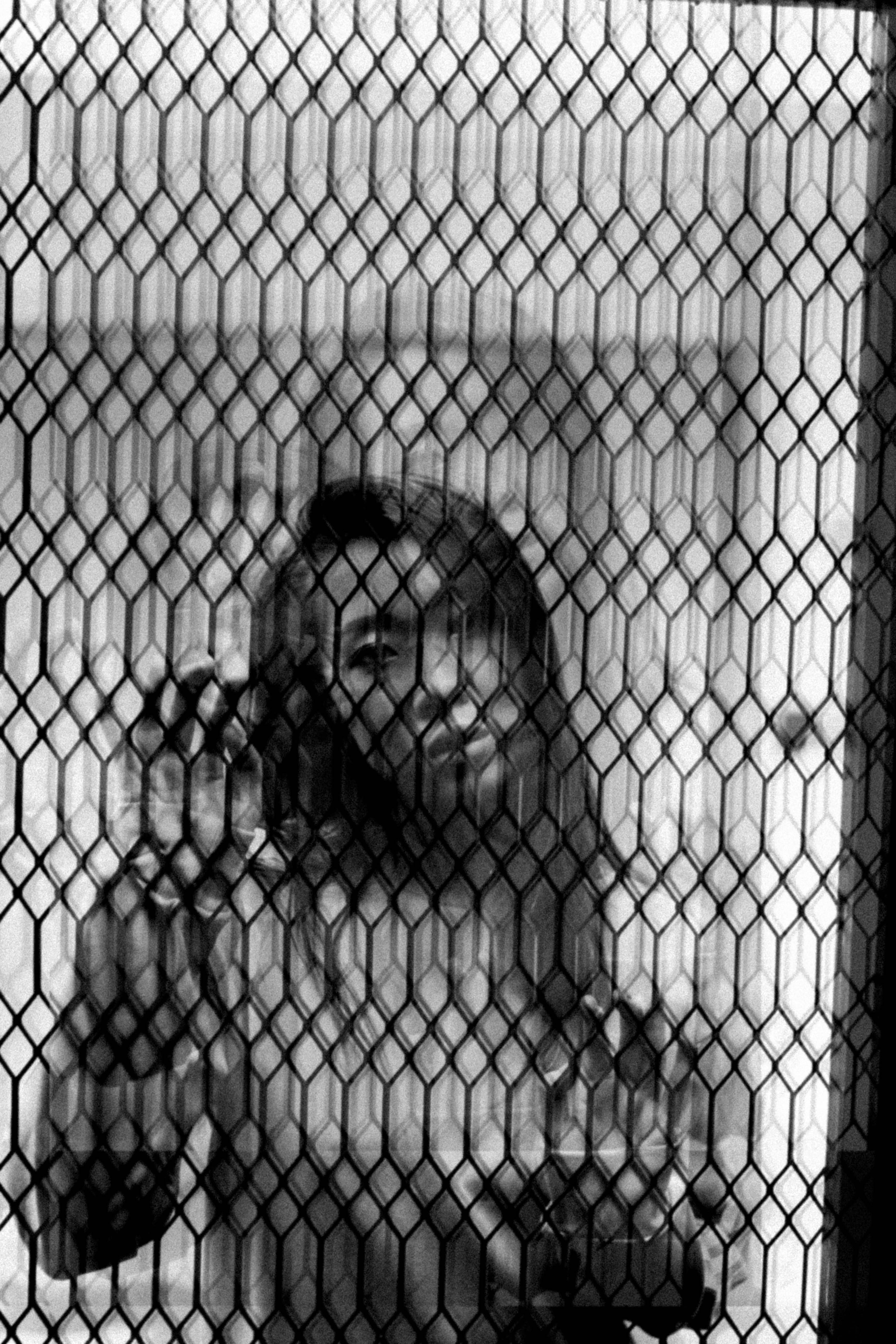 Finally, this is a self-portrait of myself depicted “behind bars”. I love the effect of the multiple duplicates of the photograph because it brings around a different design of the grill altogether. It creates a very lovely constant texture over the photograph and is juxtaposed by the subject matter that is cast in shadow of the grills. I would read the photograph as an expression of myself being cast in the shadows of societal judgements and wanting to escape that. Or it could also represent my subconscious wanting its freedom. With experimental photography, the possibilities are pretty endless.

Which brings me to my comparison artist, Terushichi Hirai, who was also a prominent Japanese photographer whose works were also produced within the same period as Iwata Nakayama. Although using different mediums as Nakayama, his photographs were also extremely imaginative, illusionary and surrealistic photography and he utilised photomontages and color painting on prints. 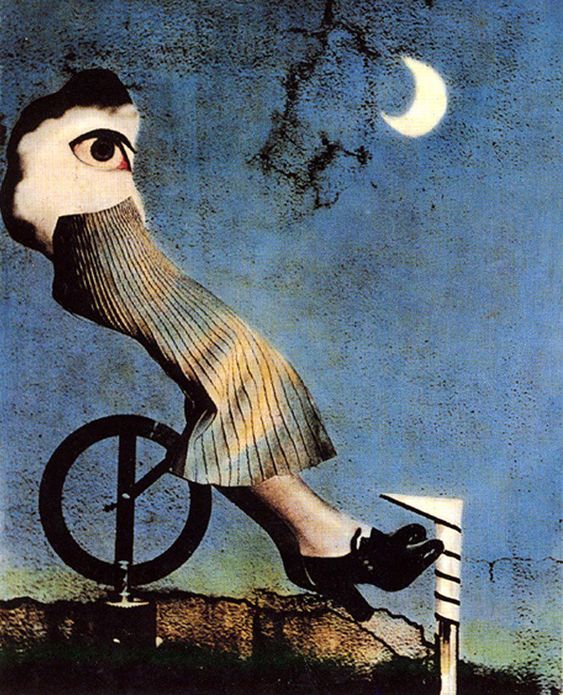 Terushichi Hirai. Fantasy of the Moon, 1938 I feel that there are more similarities in the two photographers than differences. Although there is an obvious difference in the mediums they both used to produce their most prominent work, there is the deeper similarity between how both parties wanted to depict their idea of reality. To Iwata Nakayama – even though he was largely known for his beautiful portraits – I can feel that he wanted to express his ideal reality and his imaginative spirit into his work. That is done with the constant experimentations of photography mediums, techniques and composition. In which case, Hirai Terushichi, also did the same thing. Having found his ideal medium of photo collaging, Terushichi also stitched together images that he found to represent his reality and composed them together like a photograph.

Ultimately, photography to me is expression and I find it so wonderful that two photographers who wanted to create the same goal of achieving pictorial representations of reality could come up with photographs so drastically different yet meaningful to each of them at the same time. It goes to show that history of photography could indeed be time markers of events, emotions and overall vibe of a certain time and place if one looks hard enough.