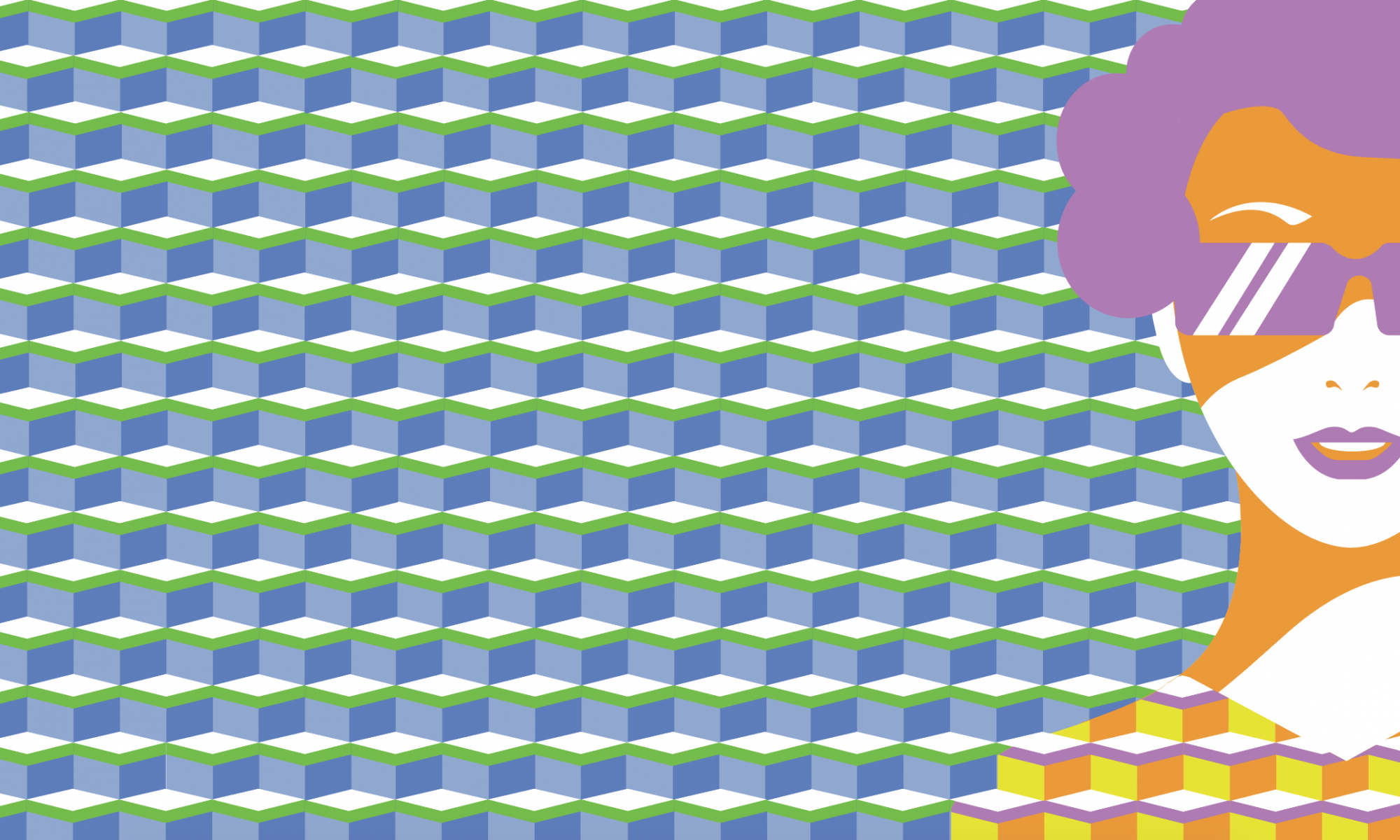 From my previous post, I was not satisfied with the mock ups. Hence I decided to change to something that I can inject my personality in to. So I decided to do illustrations instead of image manipulation, as I can do a lot of things in illustrations and explore different style.

So at this point of time, I had less than a week to complete my zine. Hence I did not want to take a lot of time illustrating the details. So I followed Malika Favre’s illustration style, that are flat and uses negative space. Something different then my usual illustration style, but I was very excited to try this!

Other than changing the design direction, I also changed the narrative of my Zine. So I decided to go with a simple narrative. Starting from the history of the shop, to it blooming then to the current state of the shop. 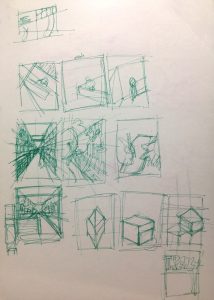 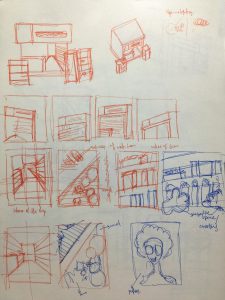 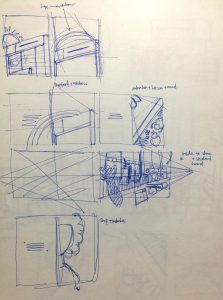 At the start, I drew it out according to my sketches. The I tried to manipulate and create pattern using it. However, it was not to my liking, different from Malika Favre’s style and does not show the place (Queenstown).

Colour was one of the challenges I faced. Because I wanted to use pastel colour and pastel colours would not stand out on a white paper. Hence, through the process of of making the zine, I kept changing the colours so that each illustrations will flow smoothly throughout all the spread.

Coverpage was also the most challenging part of the zine, as a cover page should give a summary or a hint of the zine and it should also be able to capture the readers attention. So I started out by illustrating the the shop and its shop front. I added in the wavy lines in the background as Queenstown was a hill perviously. I kind of like the cube shape of shop, so I started to explore more it want manipulate it in the shop. 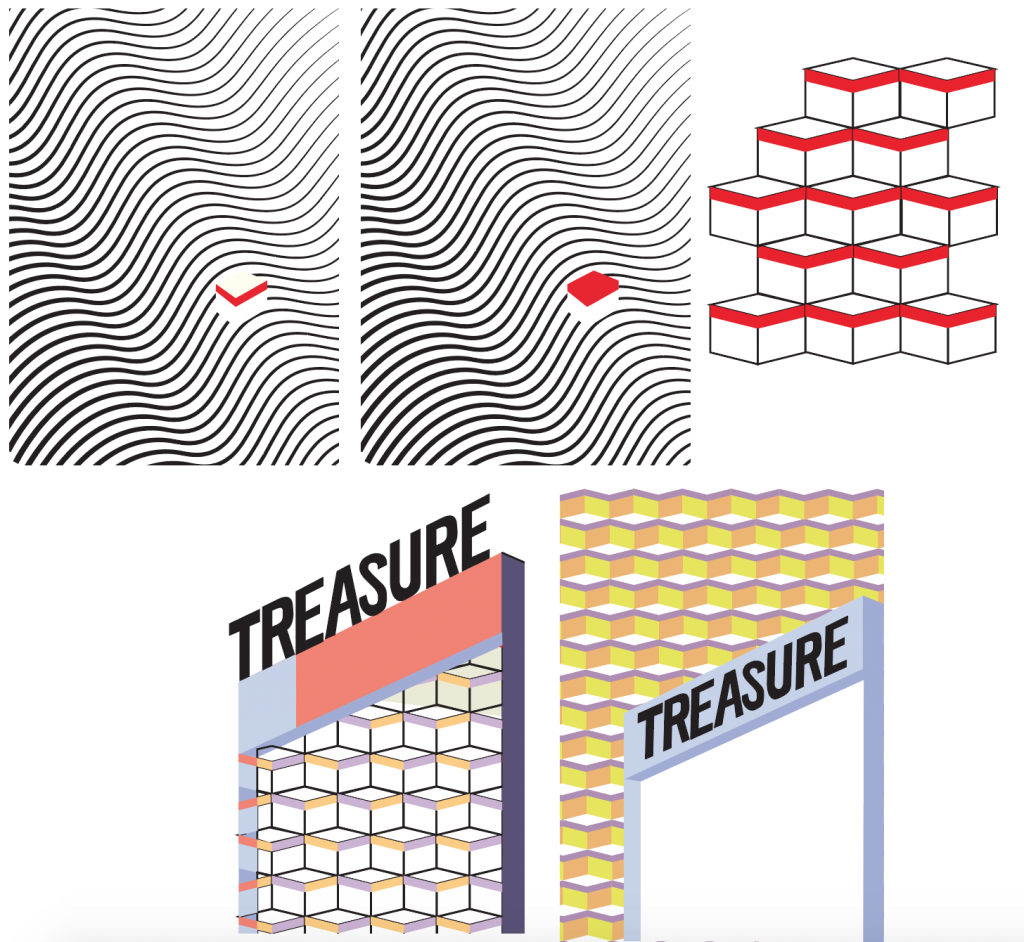 Out of all the illustrations I have in this Zine, I like the illustration of the aunty the most. So I added in the cube patterns into the aunty shirt. So the cube represents the shop and the aunty is the main character of my Zine. Then I play around with the colours. 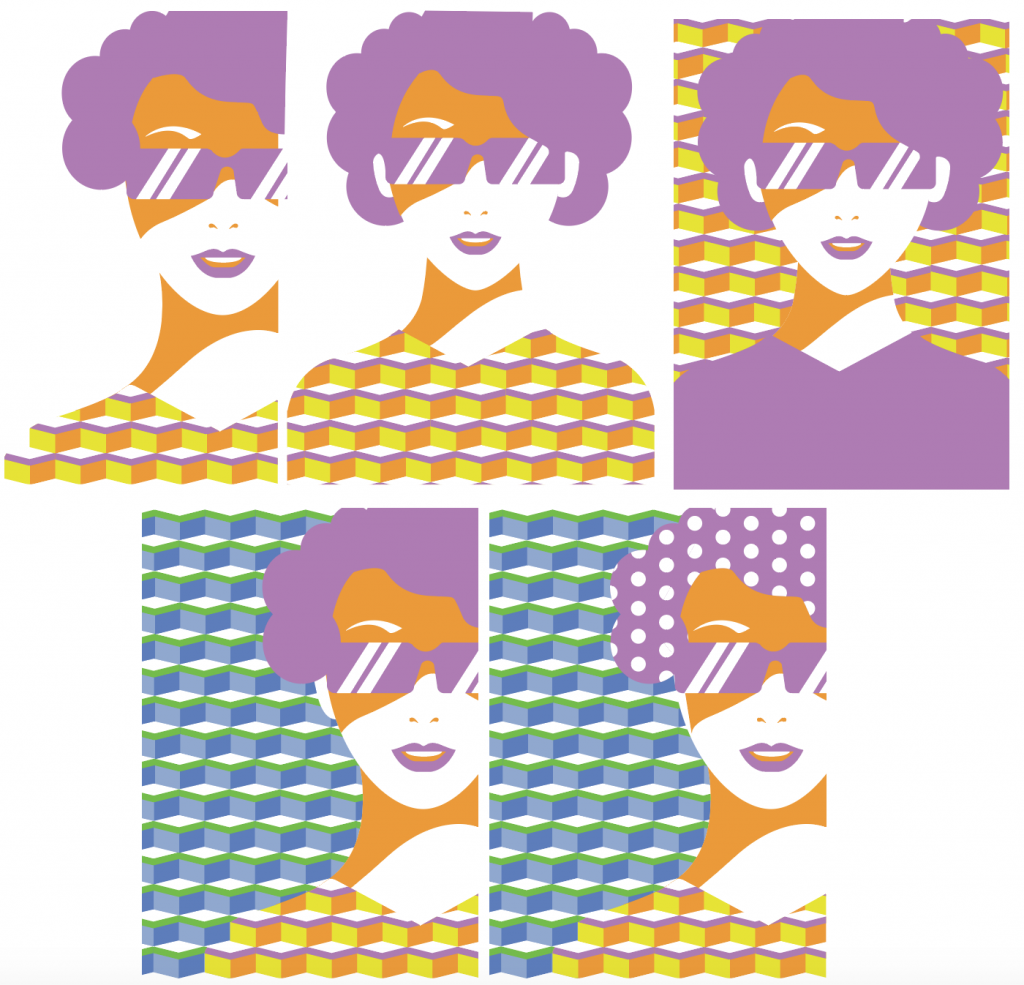 That’s all for process post! Next will be the final outcome of the zine! 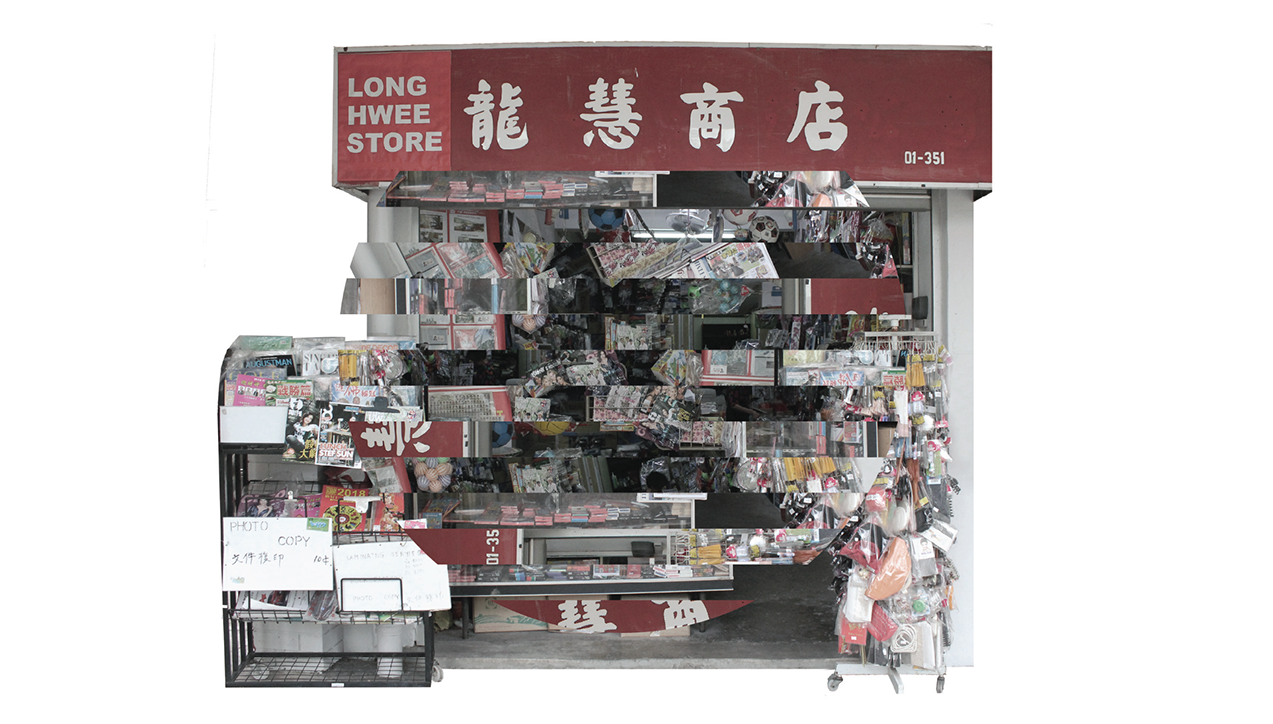 For this new design direction, the context will be about Mdm Ker Ah Kin’s perspective on her shop. When I met her for the first time, she mention that the business was not going too well because of  the change of generation.  Hence I though of a transition concept from how the shop started to where it is now. 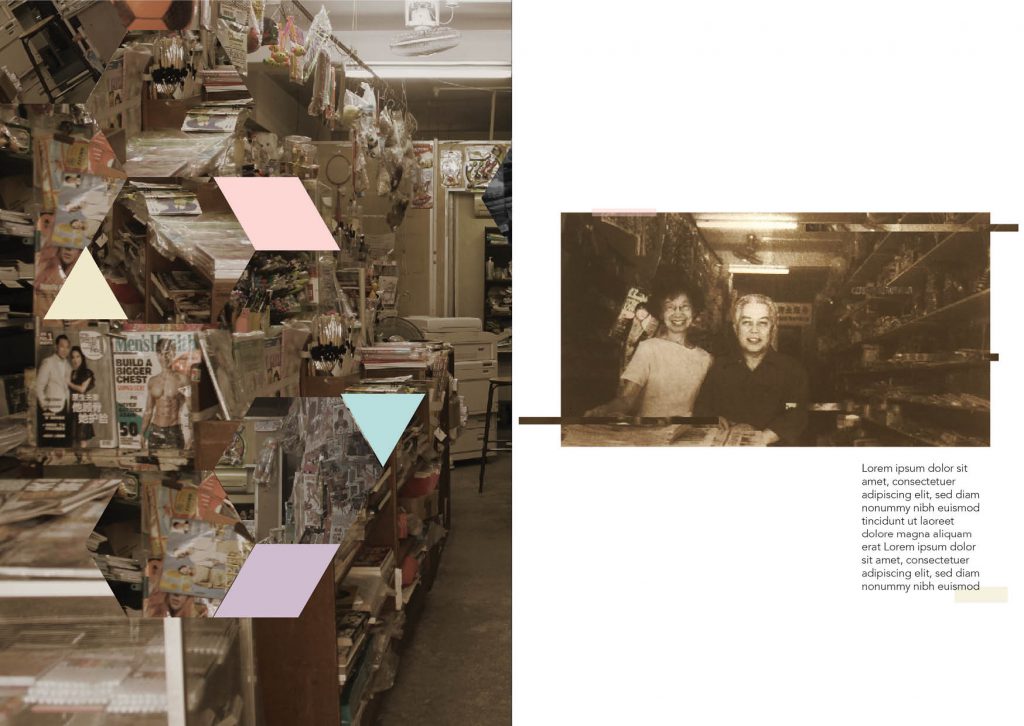 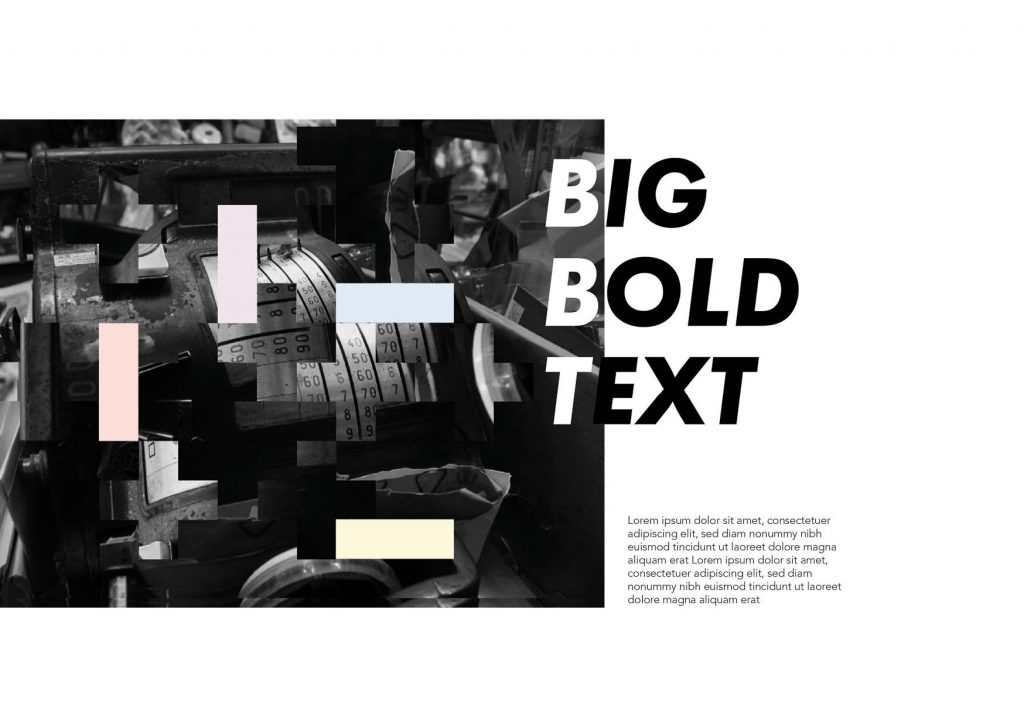 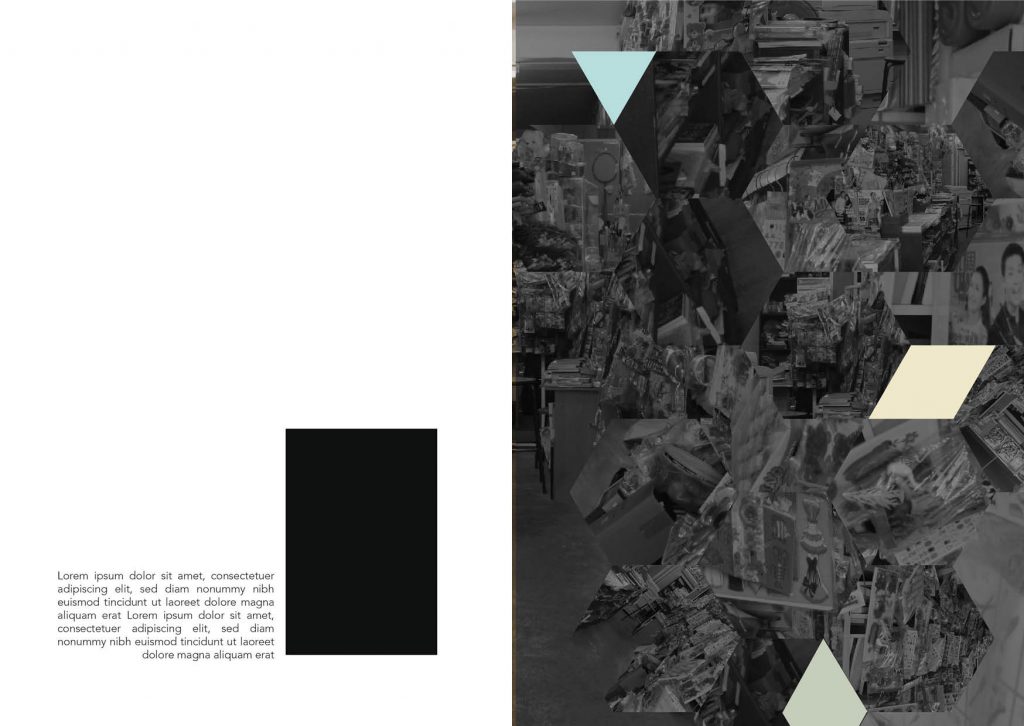 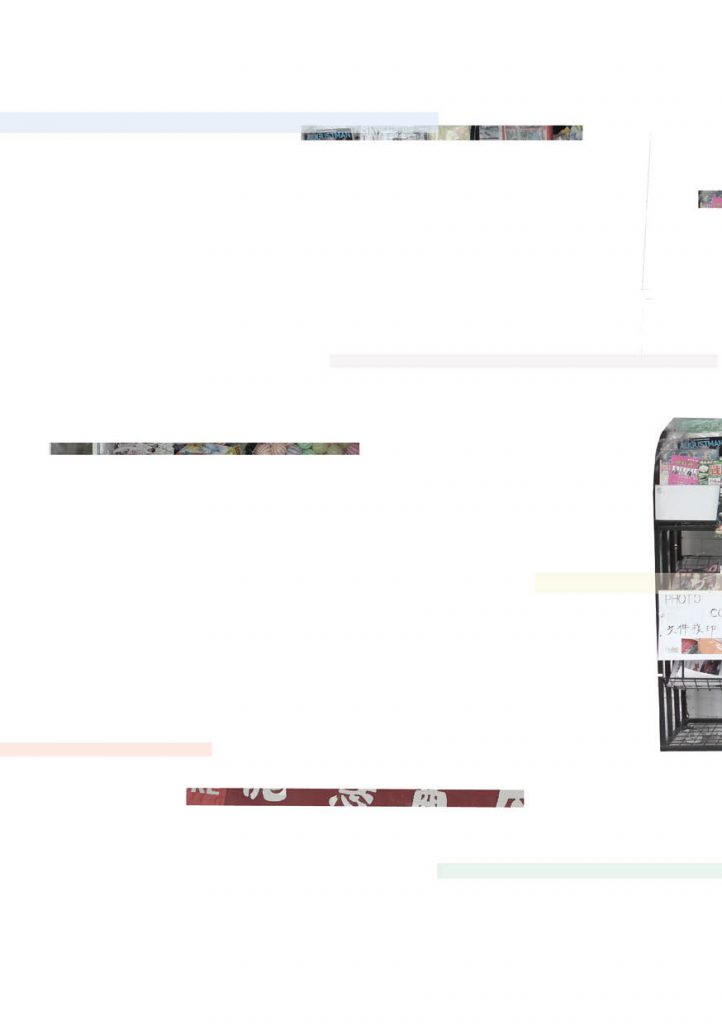 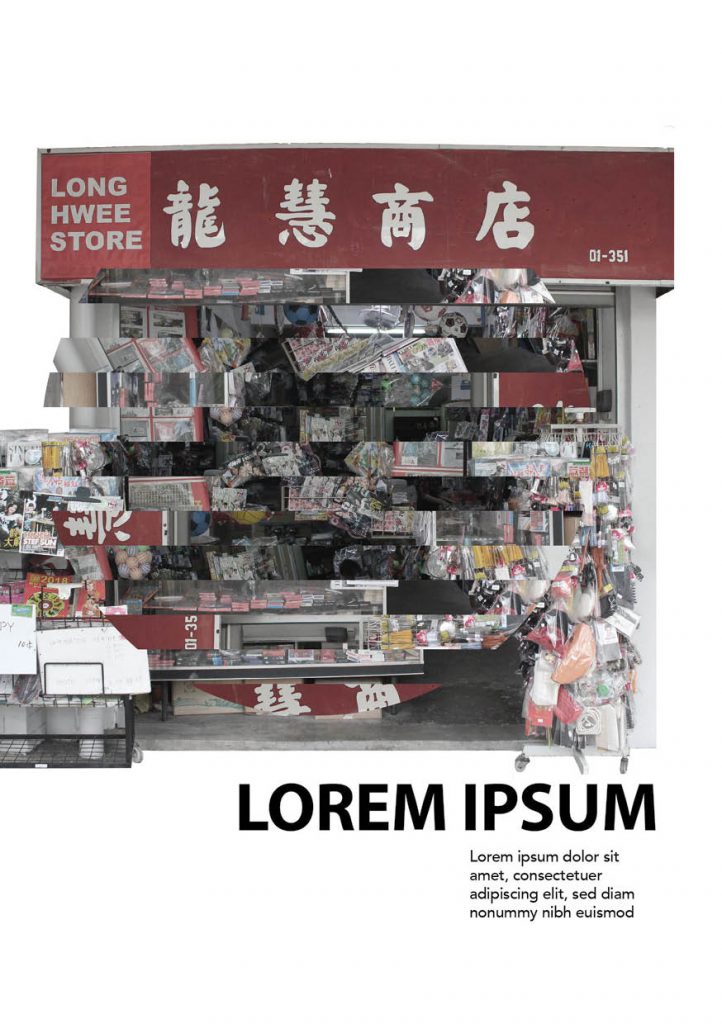 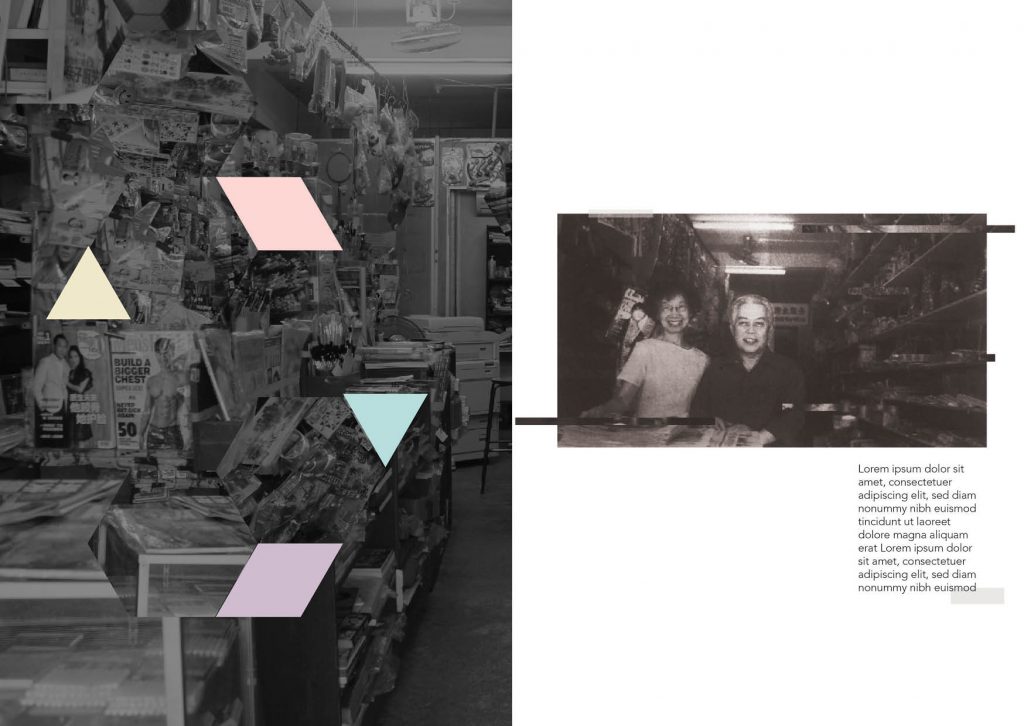 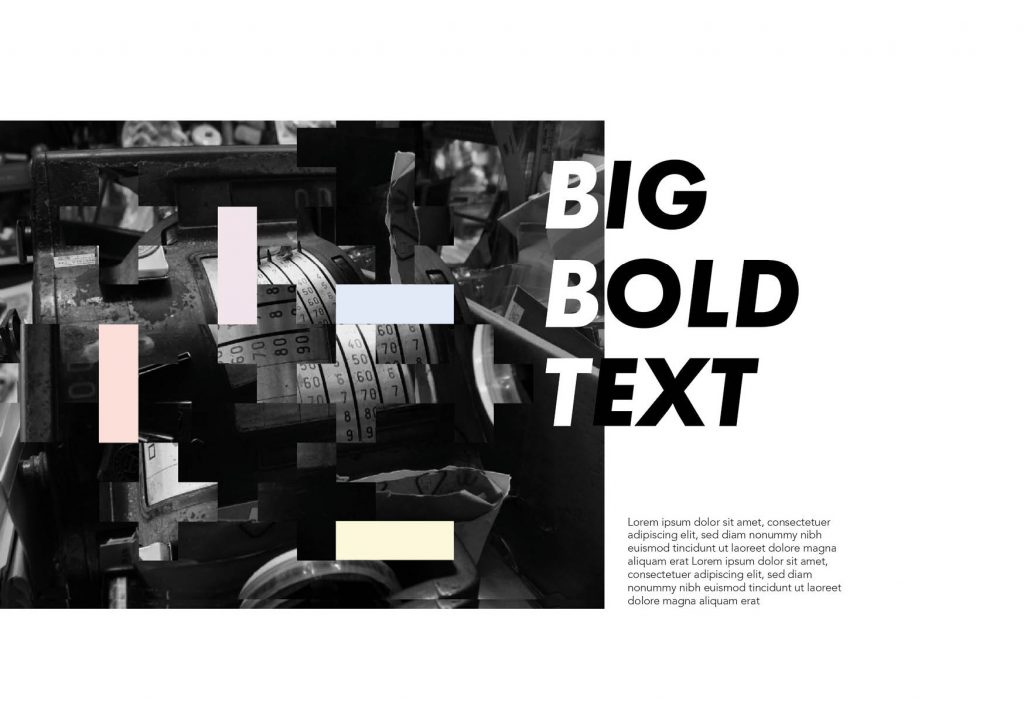 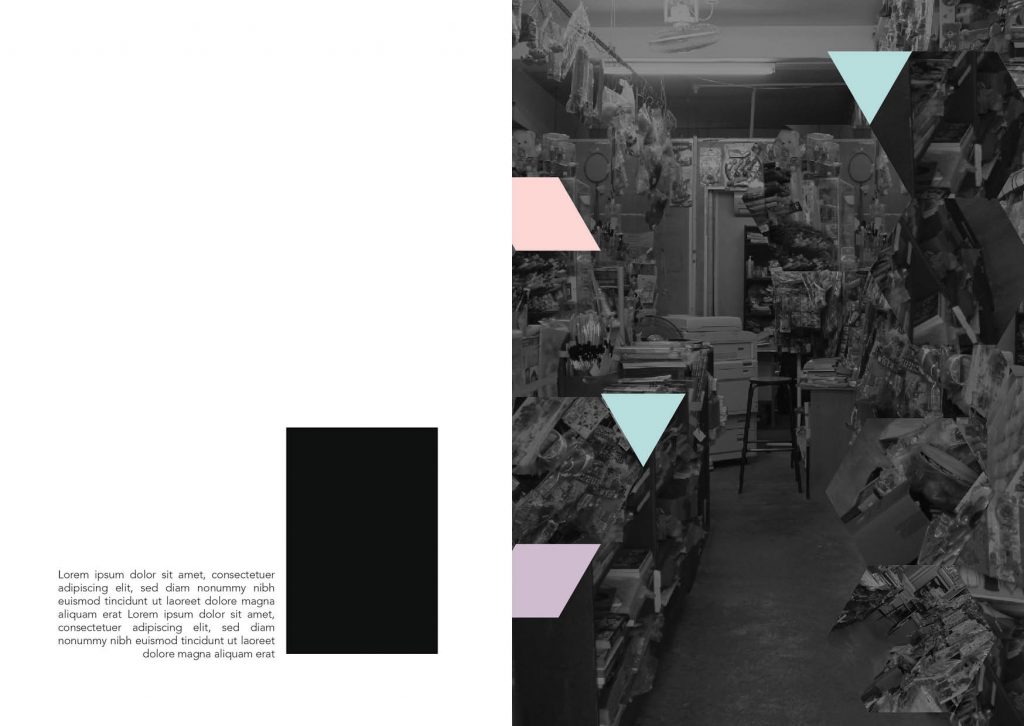 I was not satisfied with the outcome of both mock ups. So I decided to change the whole concept. See my next post! 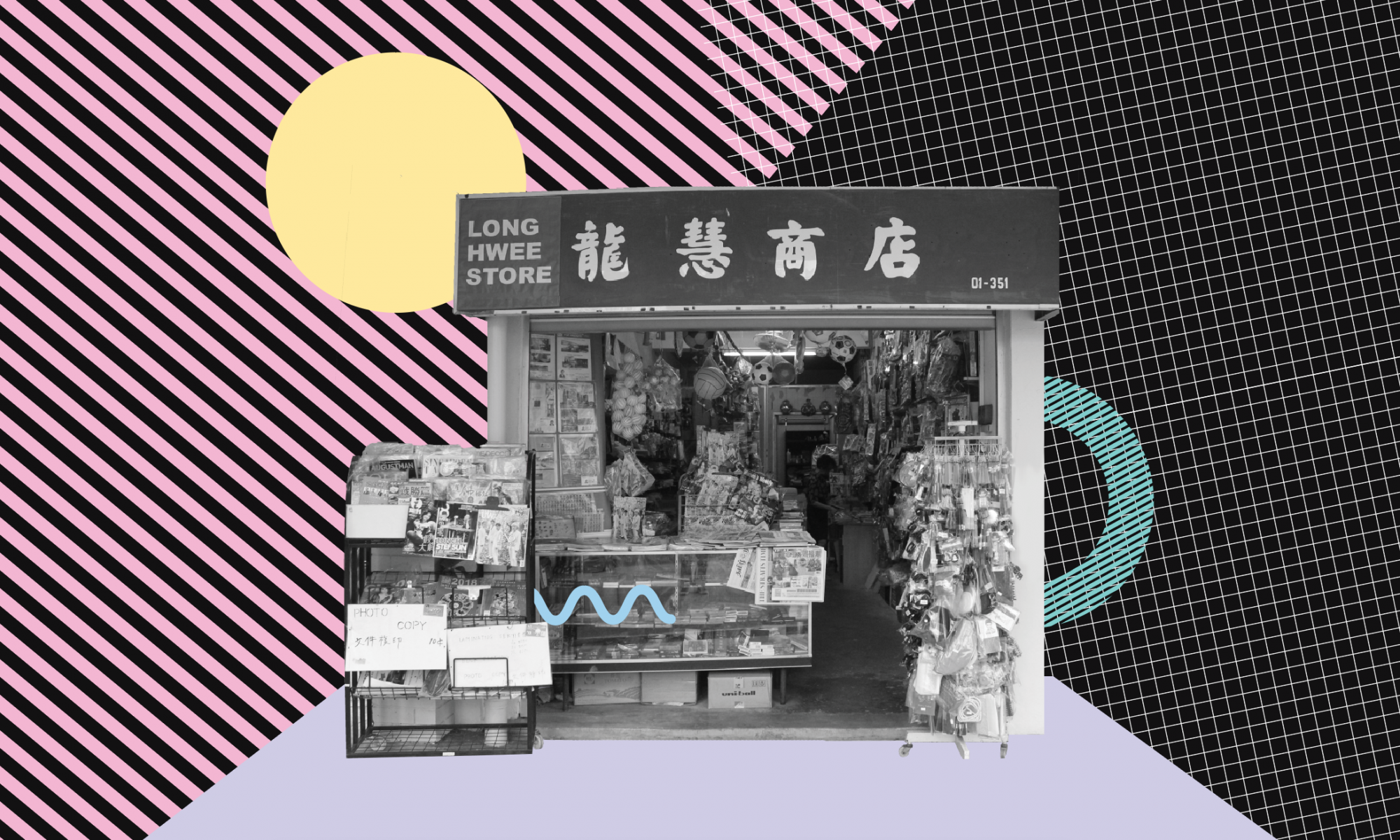 Hello! For my zine, I wanted to write about the first bookstore in Queenstown which is Long Wee Store. Currently Mdm Ker Ah Kin is managing the store alone as her husband has passed away.

Here are 2 different contents that I thought of, after talking to Mdm Ker Ah Kin: 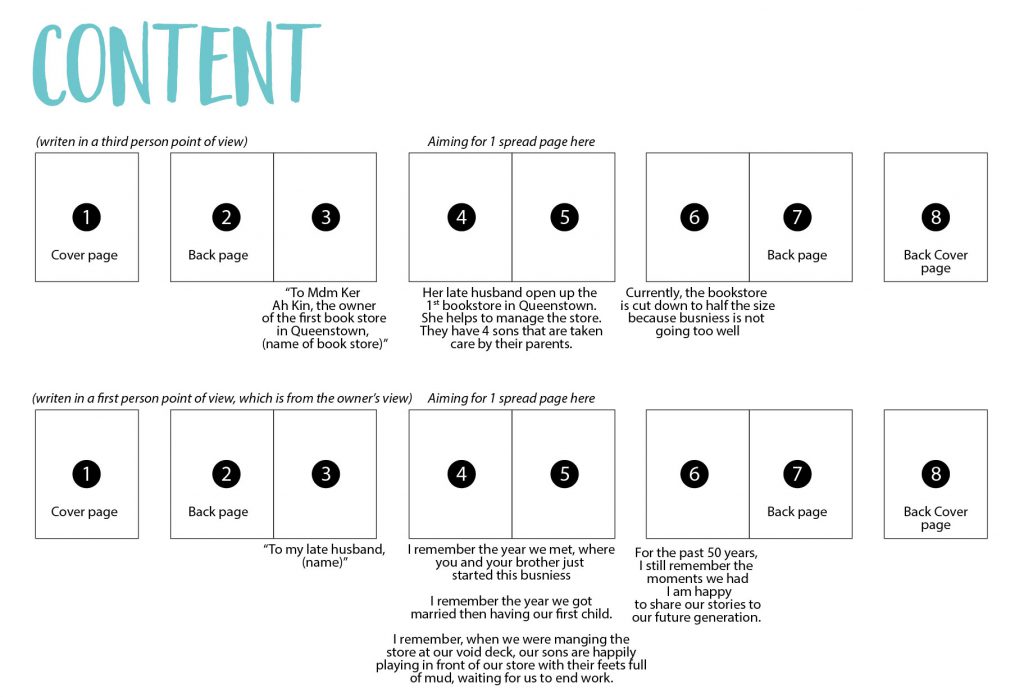 So perviously during my presentation, I mention that wanted to have my zine colours to be mainly red and blue as it was inspired by the Chinese design. However I felt that the colours does not suit the content. Hence I went back to Queenstown to observe more things, and here are my findings: 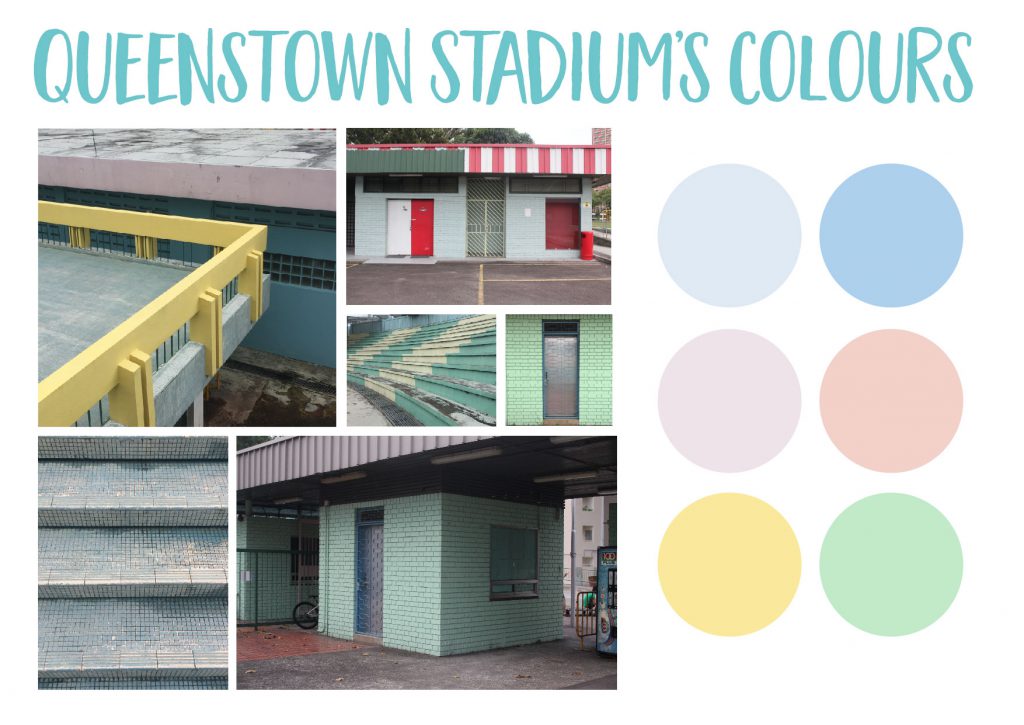 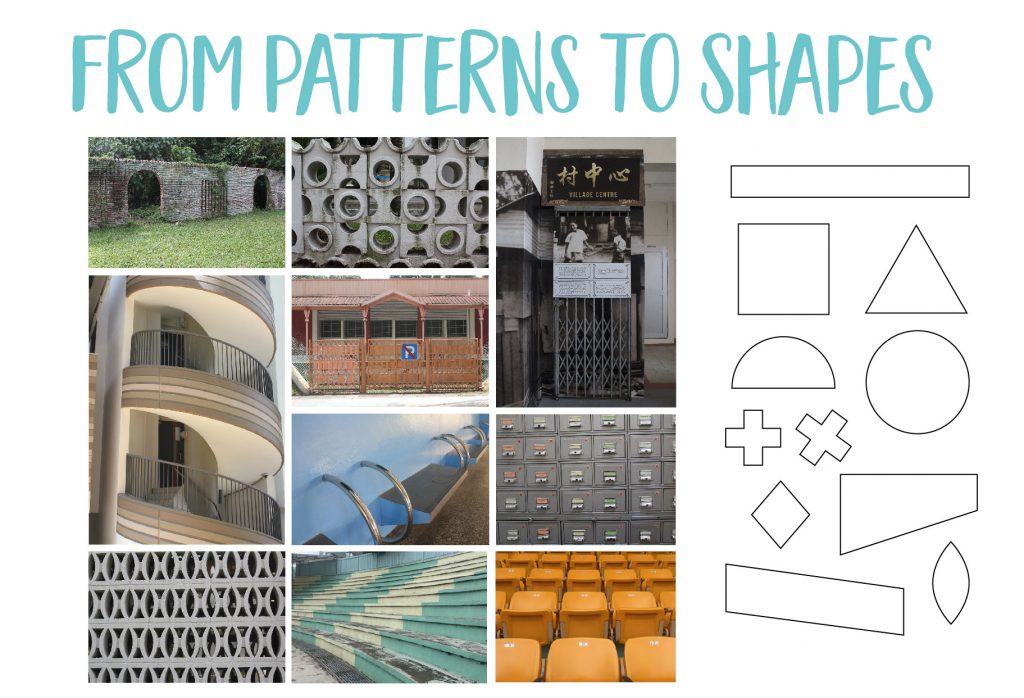 Hence, with my findings above, I thought of using pastel colours to represent Mdm Ker and also uses shapes to create memphis design. 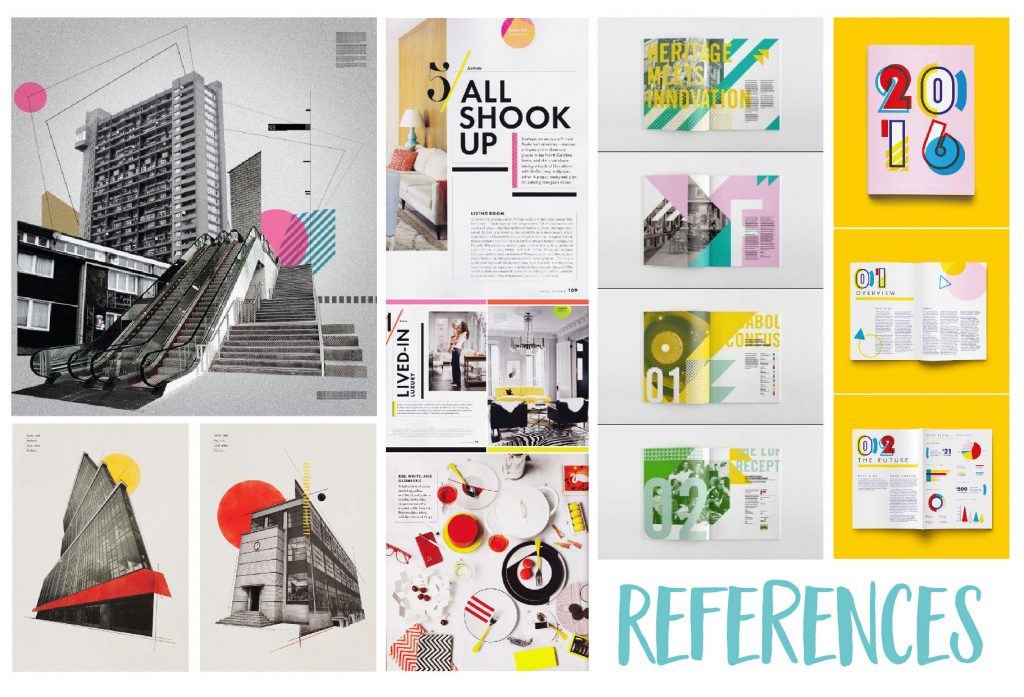 My next step is to take more pictures, as I asked Mdm Ker Ah Kin to bring some of her old photos. And also with the feedback given, I will try to prepare a few pages of mock up for consultation.