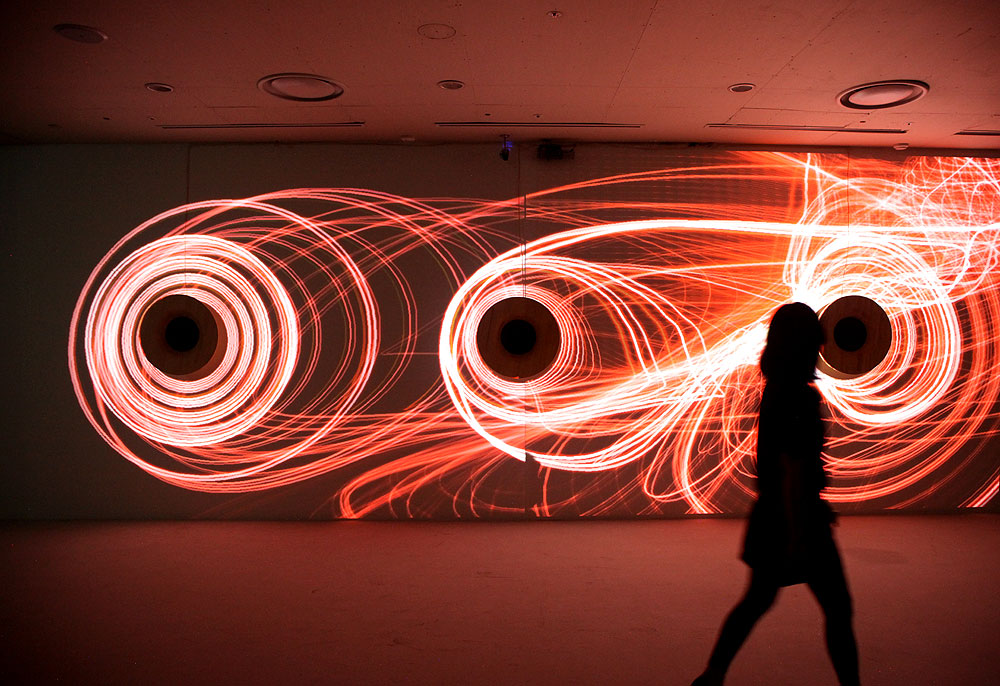 A Korean Generative Media Designer and new media artist. He studied visual communication in Seoul University. Then became an Associate Professor there who teaches Interactive Graphics and Motion Graphics design. He won numerous awards for his work throughout his current career including four Asia Digital Art Awards.

Minha Yang’s Meditation is made up of three red, reactive projections. It spans an entire wall, drawing audiences in with its pliable waves. Audience are able to interact with the projections by moving the hands. This projections is accompanied by soothing sounds, which relates back to the mediation idea. Infrared cameras and sensors are embedded in the speakers, capturing the the viewers’ movements, which then translate the motion into fluid, entrancing visuals. The installation comes to life through three rushes of ripples projected up close in front of your face, and the installation never responds the same—it relies on and changes for each person.