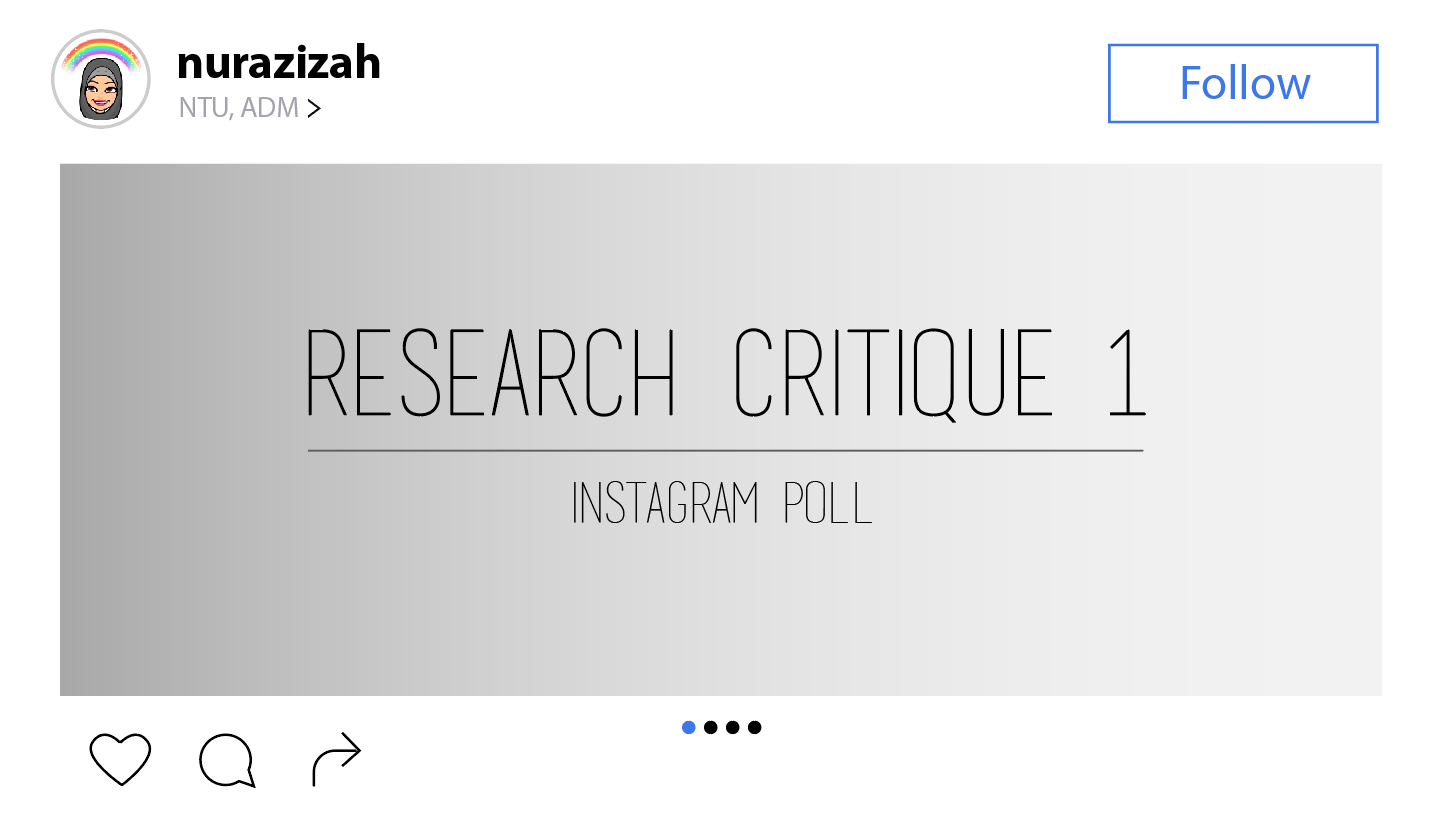 With the use of social media, Instagram, the artist will post instructions and polls of the game, asking the audience to vote, who can do better, through the polling systems. The audience have the freedom to vote between the two choices. (Fig 1.) And once they finished voting, they are able to see the result of the poll instantly. After the polling session ended, the artists will take a video of themselves competing the game against each other. This is to meet the expectation of the audience and the unknown result.

Hence this is different from traditional art making by a single artist because it enables the audience to have control of the outcome, by predicting who can do the games better.

It allow audience to input their thoughts and opinion through the polling system in Instagram. And with the power of social media and connections, not only our circles of friends are able to vote and watch the videos, but other people from different types of background and culture are able to join in the fun and input their opinion.

For our micro project, both the games and Instagram have different qualities, such as the games are played physically but the Instagram is through the web, and both of it needs a network in common. For the games, we need audience to input their thoughts by voting. Hence with the use of Instagram and the power of connections, we can easily get more people to join in and collate the votes instantly. In conclusion, social media uses crowdsourcing as a very useful tool to gain more people to participate in a common goal.

What Happens When Crowdsourcing and Social Media Merge

What is open source?