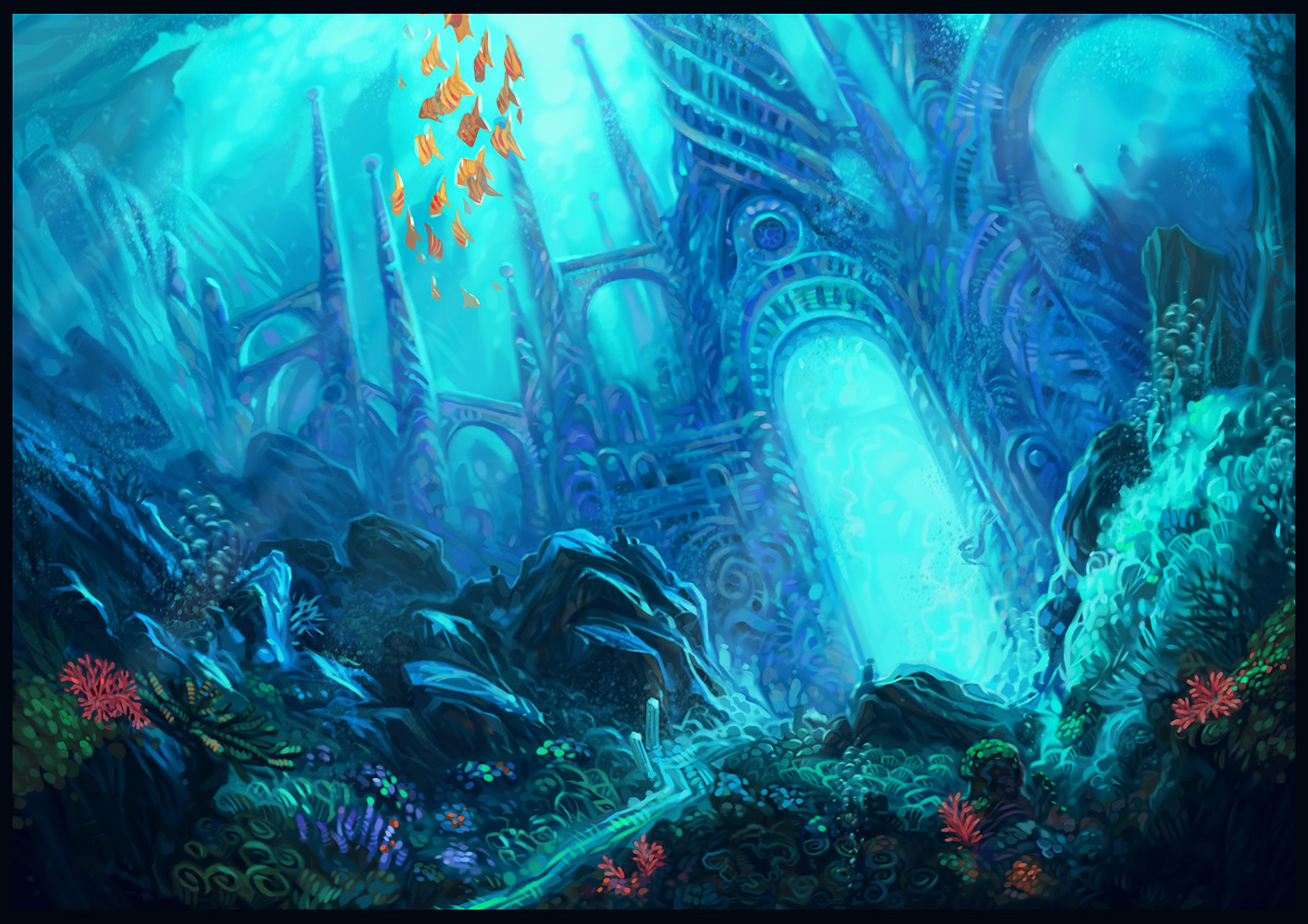 Debris of the underwater train floated in front of me as I slowly opened my eyes. Did we crash? Frantic, I turned my head to look for the others. I needed to make sure they were safe. Before I could get up, I heard a loud screech and saw three beings charging at me:

I wanted to make a story that didn’t start normally. So I played around with the idea of travelling, that instead of travelling to a place, that maybe I was travelling through something.

Inspired by sci-fi, inter-dimensional travel, and my fear of the deep sea, I decided that my idea would revolve around an underwater world. With the fact that humanity has explored less than 5% of the ocean, this means that there are other things out there, in the deep sea, that are more terrifying than the things that we have already discovered. This gives me an autonomy of creating whatever I wanted with an underwater theme.

Trying to keep my work relatable to some degree, I decided that I was travelling in an underwater train through the Balinese sea. As such, I spent some time researching on the Balinese folklore of the ocean, as well as the different kinds of sea animals in the sea. This explains why each of my characters have Balinese make up, Headgears, and weapons on them. I felt that this gave a nice twist to an underwater kingdom, different from western stories of Atlantis.

The original pictures were all from national geographic or travel blogs, where people talked more about the fascination of these beings as species or folklore. I used the story of an actual Balinese folklore, Nyai Roro Kidul, which explains why she is wearing a green “dress”, as it is according to the folklore.

In terms of methodology, I used Photoshop to put the pieces of found images together.

I had to google pictured of specific animals from the deep sea, such as the mimic octopus, box jellyfish, angler fish. Which I am terrified off. I also found it difficult to find the “perfect” pictures that suited to what I wanted, and when I was not able to, I had to make do with other images.

Yes I do, I had lots of fun creating characters and short narratives.