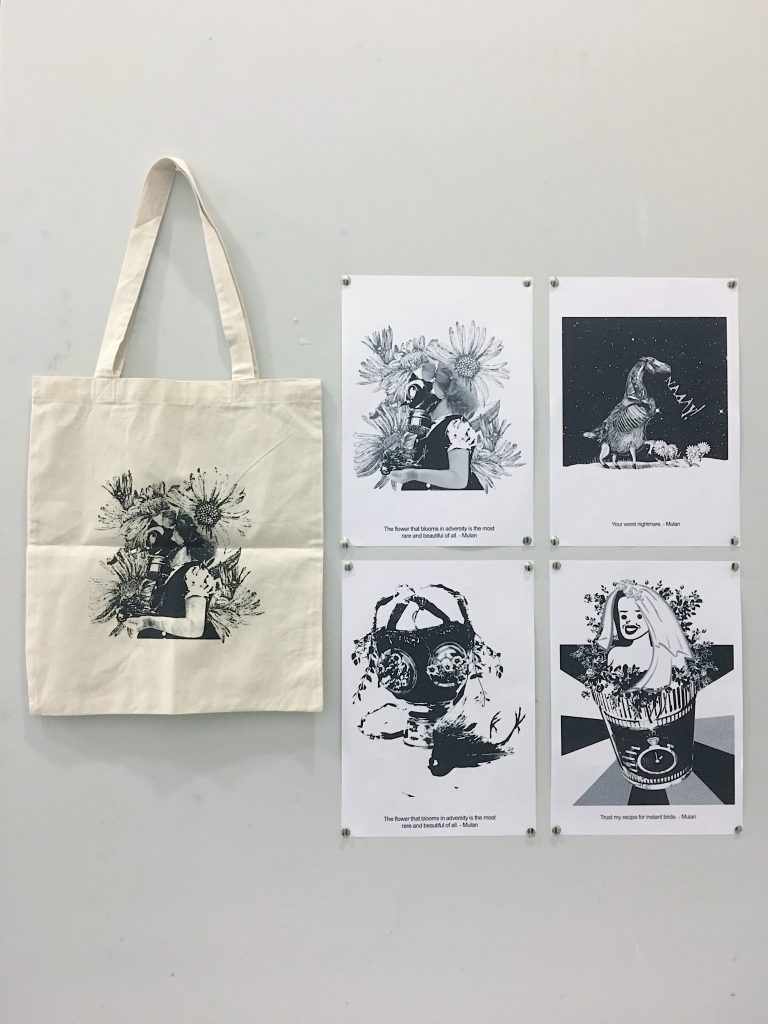 In Project Two, we were tasked to create four designs and from those, select one to silkscreen onto a tote bag. We were also taught about Surrealism and Dadaism, something that I really struggle with, being someone who has difficulty thinking out of the box. Looking at the works of the various reference artists we were provided, I couldn’t imagine myself coming up with concepts following their respective styles. Hence, to approach this project, I decided I had to experiment.

The flower that blooms in adversity is the most rare and beautiful of all. – The Emperor of China, from Disney’s Mulan

As flowers can only grow in suitable conditions (i.e clean air, sunlight, etc), I chose the gas mask to represent adversity as it shows that the air surrounding is toxic, emphasised by the dead bird in front. I also chose to halftone the gas mask to make the poisonous air more visually evident, as if there is a poison fog surrounding the elements.
Here are some of the feedback I received from our group consultation session:
– Perhaps halftone can only be at selective areas in order to bring out the flowers and bird even more.
– Add a person wearing the mask so that it’s more evident that it’s a mask
Which brings us to..

For this design, I included the little girl as I wanted her to portray a sense of innocence and purity in times of distress (once again represented by the dead bird and gas mask). I also chose to place flowers blooming behind the little girl to make it visually apparent that she’s blooming through this hard time.
Feedback:
– Bird doesn’t stand out cause the flowers are too detailed
– Slightly heavy on the left side

In my interpretation for this quote, I decided to take a more literal approach while also challenging myself to make it as surreal as possible. Tim Burton was my source of inspiration as I really like his gothic fantasy art style. To stay true to this style, I only used threshold and found images that were whackier. As I went about this quote in a more literal manner, I decided to really dissect the quote into “night” and “worst mare”. Hence, in Fig. 1, I used a donkey to represent a useless horse, following the popular misconception that donkeys are stupid and useless. I also overlayed a night sky into the donkey head and placed a moon in the background to further emphasise “night”. As for the “Naaay”, I wanted it to be a play on the sound a horse makes (Neigh) while also changing it to mean “No” as good horses are supposed to be obedient. The rest of my variations follow the same concept, with just changes to the body of the horse (skeletal structure to further render the horse useless). For my final composition, I decided to make the night sky the background instead as the overlay wasn’t very obvious. 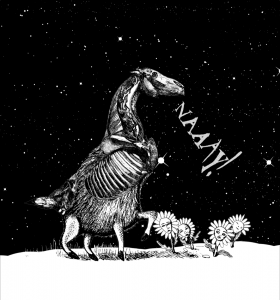 Feedback:
– Overall, people seemed to think this was one of my stronger compositions and liked that I incorporated humourous aspects to it.

Trust my recipe for instant bride. – Matchmaker, from Disney’s Mulan 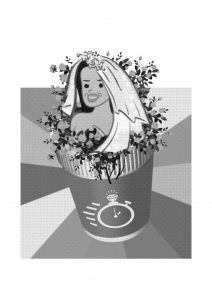 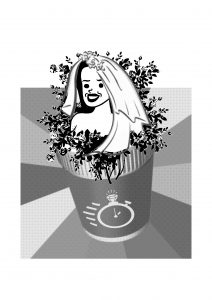 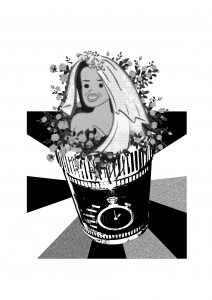 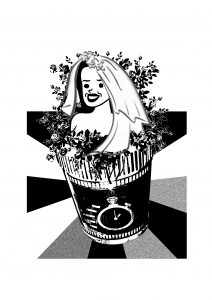 For this quote, I took inspiration from Joan Cornella’s works as I felt that the vibes I got from this quote was similar to this particular artist’s usual works – unsettling. To me, an instant bride was nothing but a recipe for disaster as marriage is something that should only happen after a period of getting to know each other and that’s not possible if it were to happen instantaneously. Hence, I felt Joan Cornella who’s known for his unsettling surrealistic humour and this particular style of comic (the bride in my design), was apt to illustrate this quote. I really enjoyed working on this quote the most as I had the most inspiration for this one. However, in the interest of time, I wasn’t able to expand much on my other ideas but perhaps I will get back to them sometime when time permits.
In this design, I originally wanted to replicate the font used for the cup noodle packaging to spell out something along the lines of “Instant Bride”. However, Joy advised against using words in our designs so instead, I took out the words and added in a symbol of a stopwatch that’s usually seen in instant noodle packagings to signify how fast it is. I also added in a diamond at the top of the stop watch so that it also looks like a wedding ring, to represent instant marriage.
Feedback:
– There was mixed feelings about the cut off background. On one hand, some people thought it made the bride pop out more, but on the other hand, others felt that it looked incomplete. When I mentioned how filling up the entire background overpowered my design, Joy suggested using thinner lines for the pattern 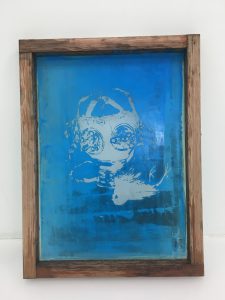 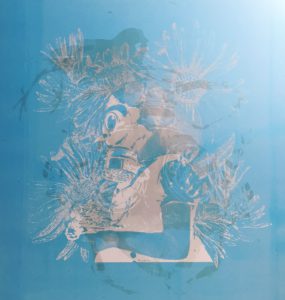 Thankfully, I was able to finish exposing my first design the week prior to recess week hence, I was able to have that design printed on some extra tote bags I bought before I stripped it, just in case my second design didn’t work out. After testing it out on paper a couple of times, I was able to get it correct on the first try on the totebag thankfully. For my second design however, I wasn’t so lucky. As I wasn’t able to get every part covered on my first swipe, I went back with a second swipe, which resulted in the following print: 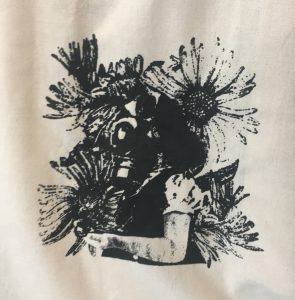 At that, I went back to practise on paper again and thankfully, my second try went well enough. The video of the printing process can be seen here. 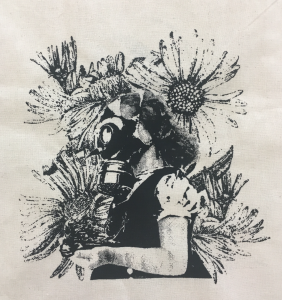 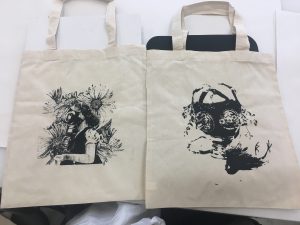