Illustration for Designers: Self Portrait

by Naomi Wee on February 4, 2019 in Final Project, My Work, Process, Research • 0 Comments

For this project, we were first instructed to come up with a word list that represents us.

The following pictures are some references I took inspiration from in terms of style and composition:

I liked the comic book look and thought the vintage retro style would help convey my preference for oldies as well. 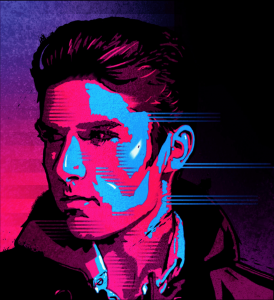 I liked the flat colour scheme which only uses a few strong colours while also being stylised without too much realism. 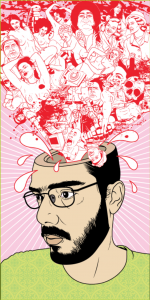 The explosion of various things which was abit cliche so I rejected that first.

Scene portrayal of grocery shopping/picnic/checking out at the cashier as a lot of the items in my list were food related and I thought this was a neat way of tying everything together nicely instead of just making a collage of all my objects. 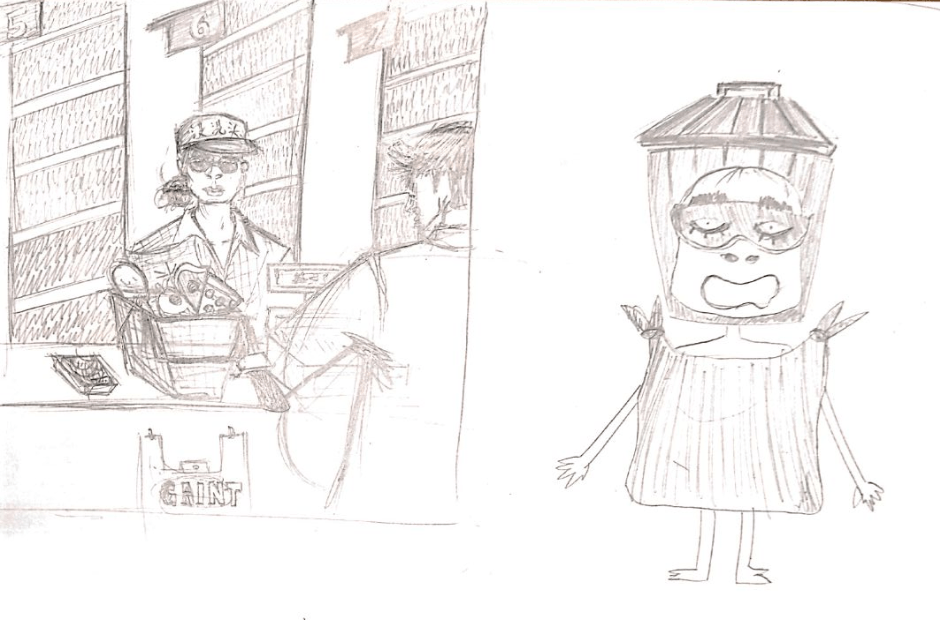 Left: inspired by the piece by @carlafuentesart – scene of me checking out a basket containing all the food items I love at the supermarket. Right: character design of myself – trashcan and greedy face to portray stuffing myself with junk all the time, and sleeping mask as eyes to show how much I love sleep.

After group critique, these are some of the feedback I received:

I decided on a more neon colour scheme for my character as I felt it would match the more eccentric design. I wasn’t too sure how much I could stray from realism though i.e, in terms of the colour of my hair which definitely isnt neon green although I preferred the neon green version of my eyebrows and lashes in the design, however after emailing Lisa, she also chose the neon green one thankfully hence I went from there. 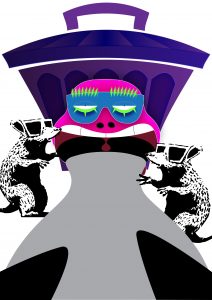 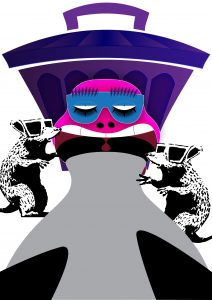 After emailing her both of the above images, Lisa pointed out that the conveyer belt did not really look like a conveyer belt yet and that the rats took a lot of attention and as I filled up my composition with more objects, I definitely felt it too.

In my email, I also asked Lisa for ideas regarding the background as I had difficulty thinking of what to fill it up with.

I really liked his clean and light colour scheme and subtle use of grain and it actually reminded me abit of @junobirch which I previously also referenced. Hence, my final design resulted in this: