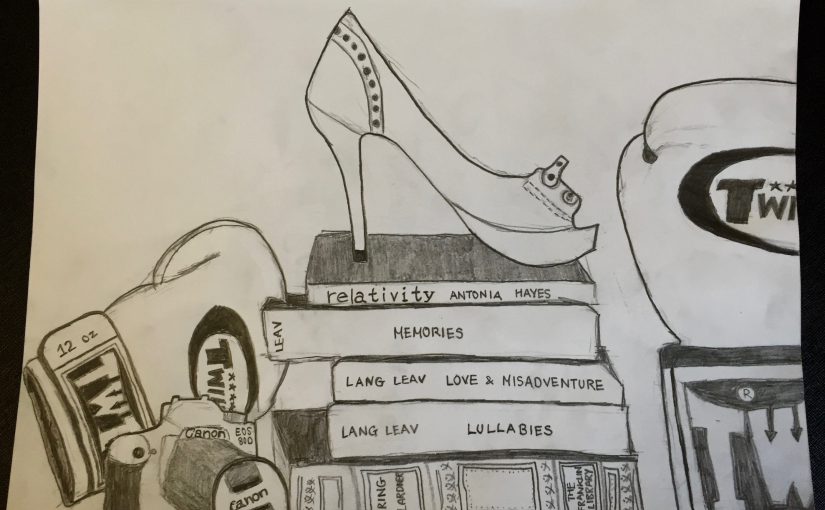 While the first half of the lesson was to draw boxes in one- and two-point perspectives, the second half was to draw a still-life. Similar to the previous week, we were told to take note of the negative and positive space. But this time, in greater depth, filling in the details of the still-life objects.

The tools used for the above ‘self-portrait in still life’ drawing were a pair of 12oz boxing gloves, a DSLR camera, five books – of which, three are poetry books by Lang Leav, and one side of a pair of pumps. Drawing this self-portrait in still life was pretty intimidating initially, as the details of the angles and the objects themselves were a little tricky to fill.

If you’re ever keen on reading, I would highly recommend Relativity by Antonia Hayes (an Australian writer), and Love & Misadventures by Lang Leav (an American poet). To leave you with a favourite quote from Relativity of mine: “We were like a supernova. Burned brightly and collapsed, but for a brief moment, we did outshine the rest of the Galaxy.”

Have a great day!