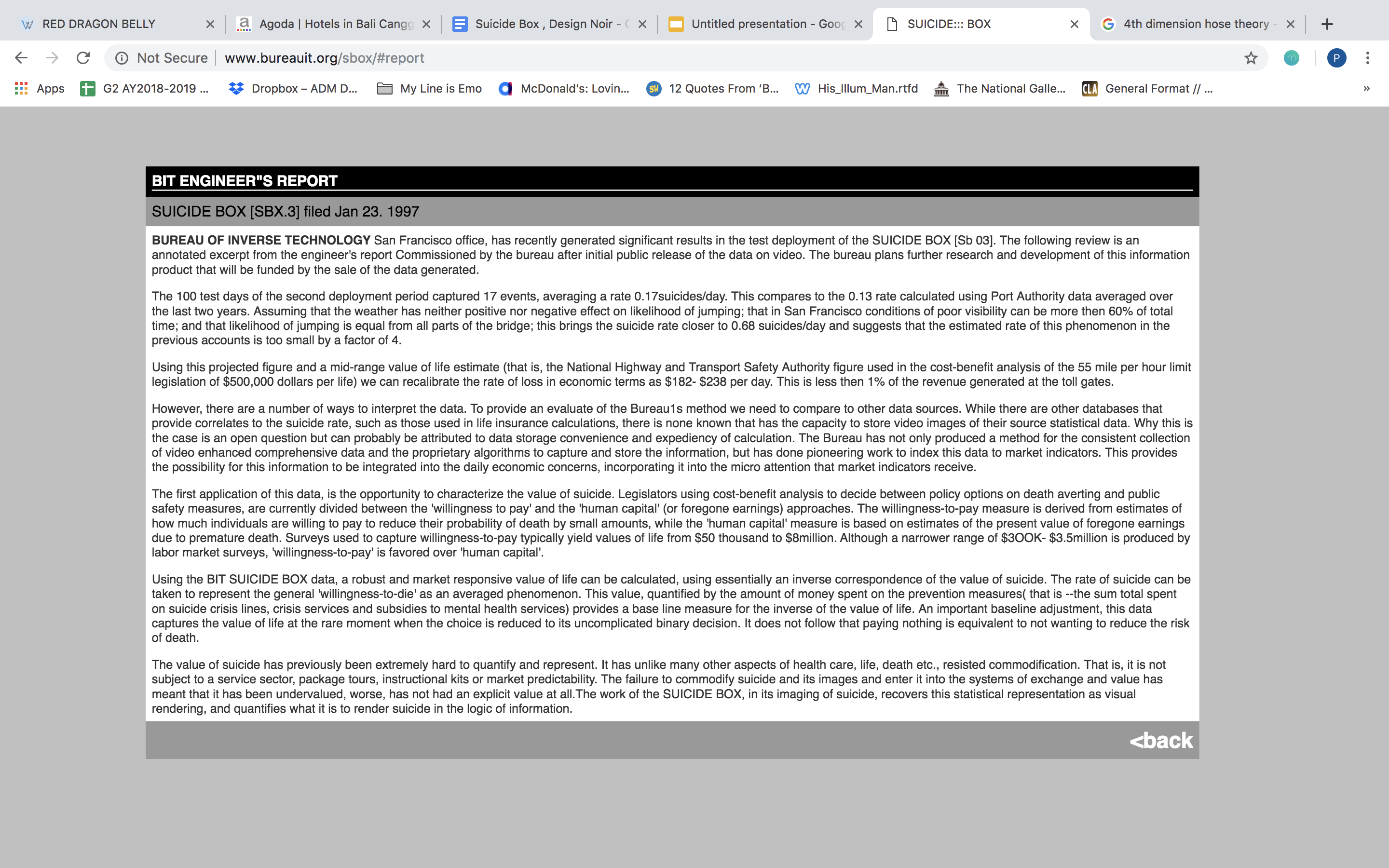 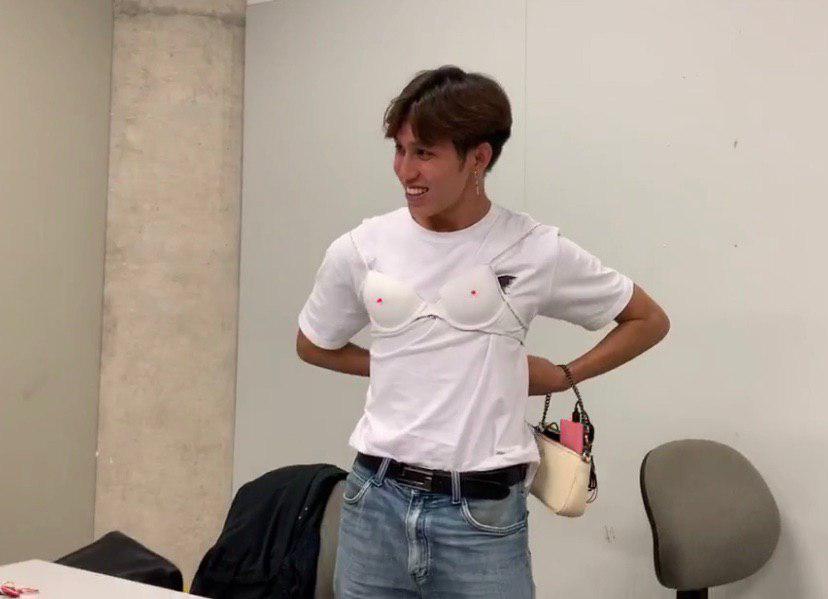 Jess and I both decided to use an object of controversy or something that people would already have an innate sense of discomfort towards. 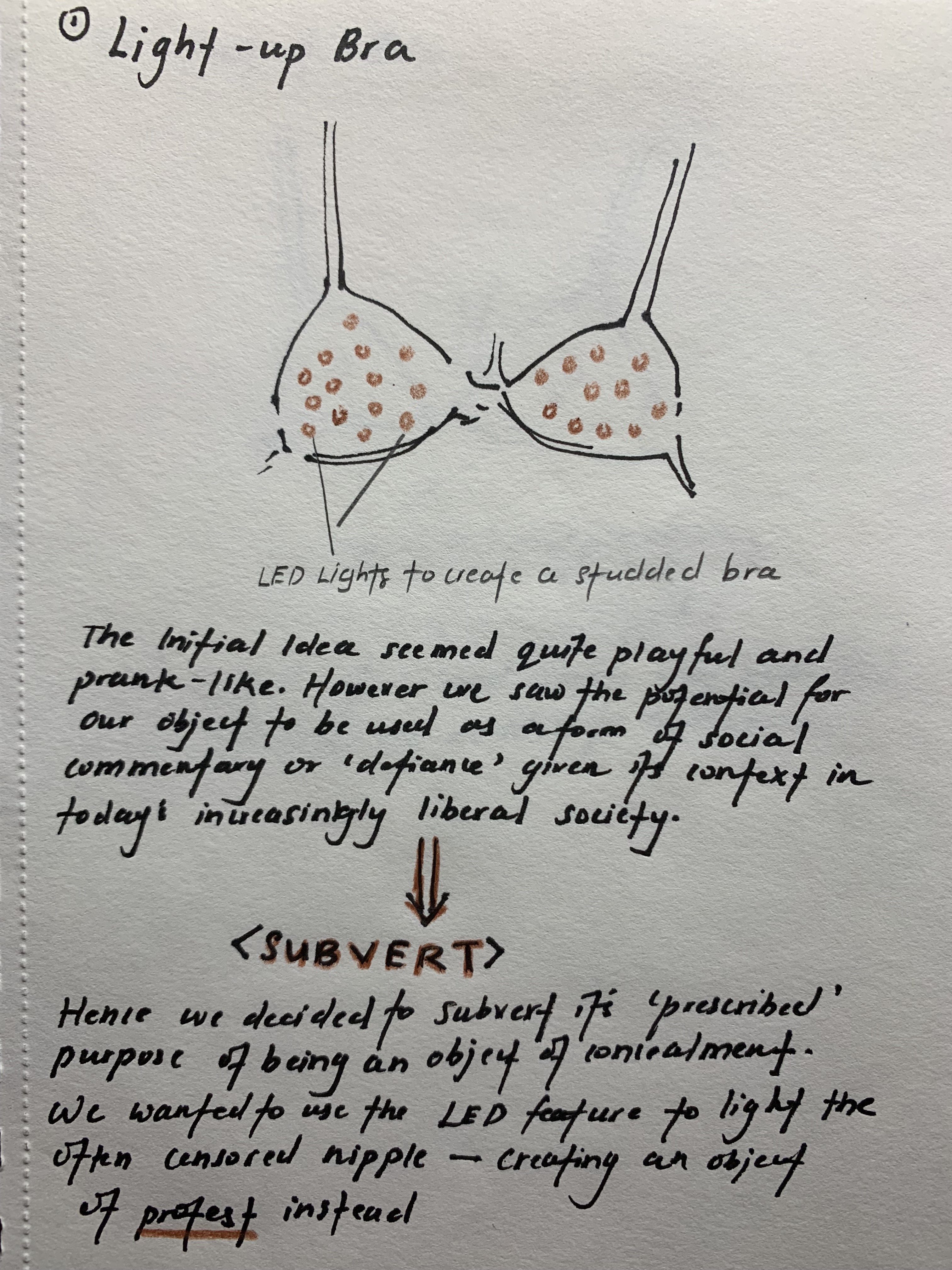 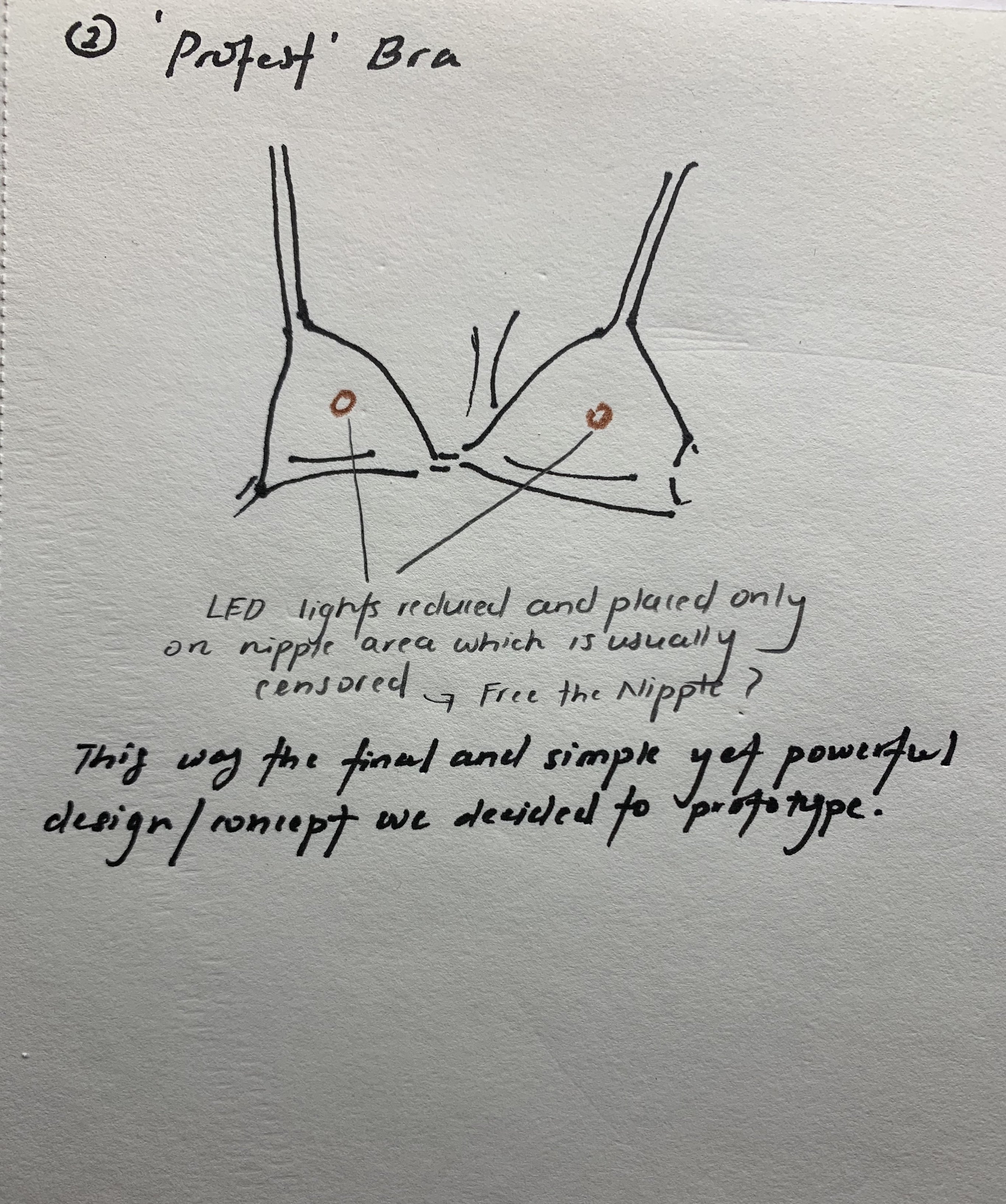 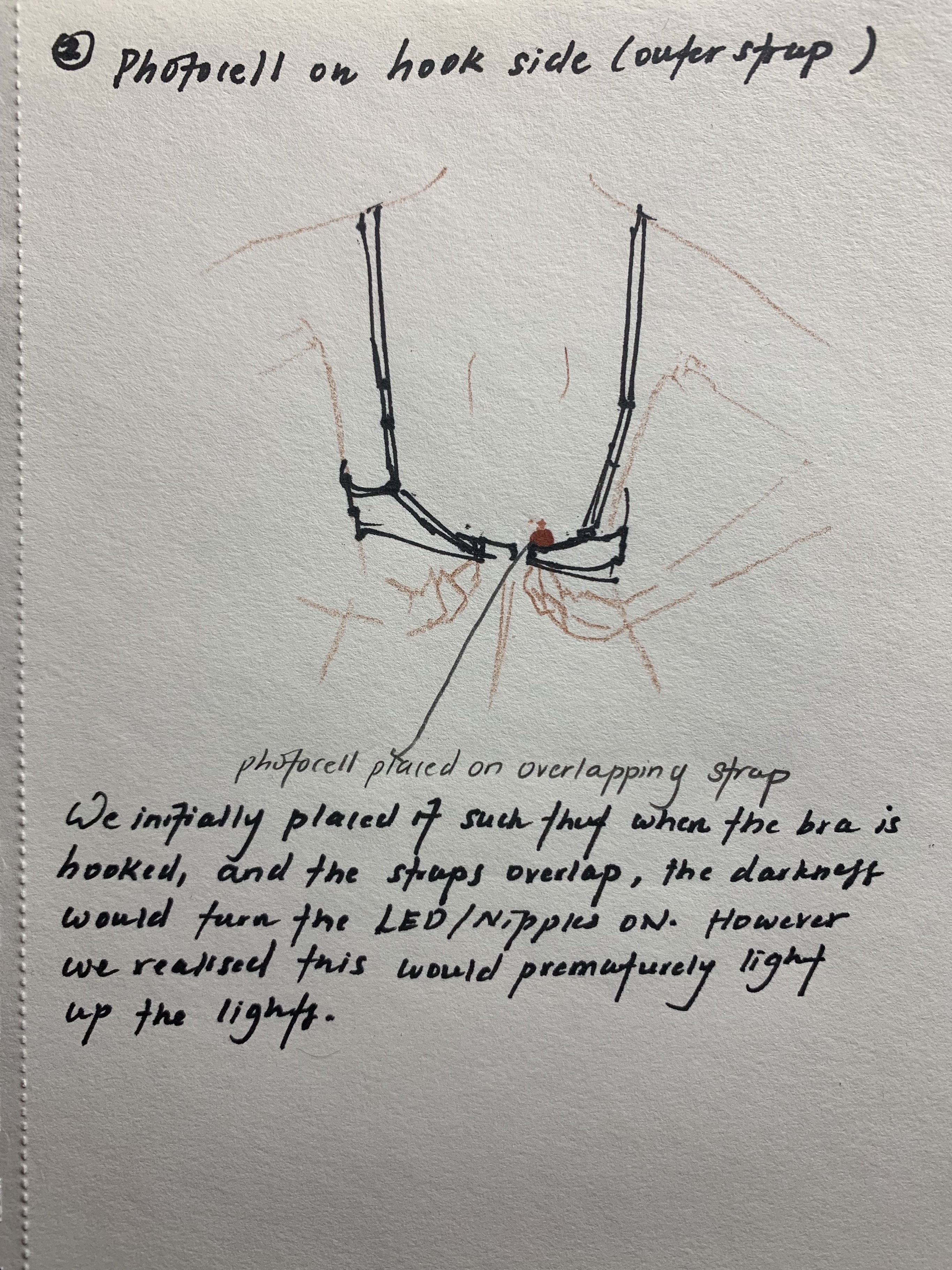 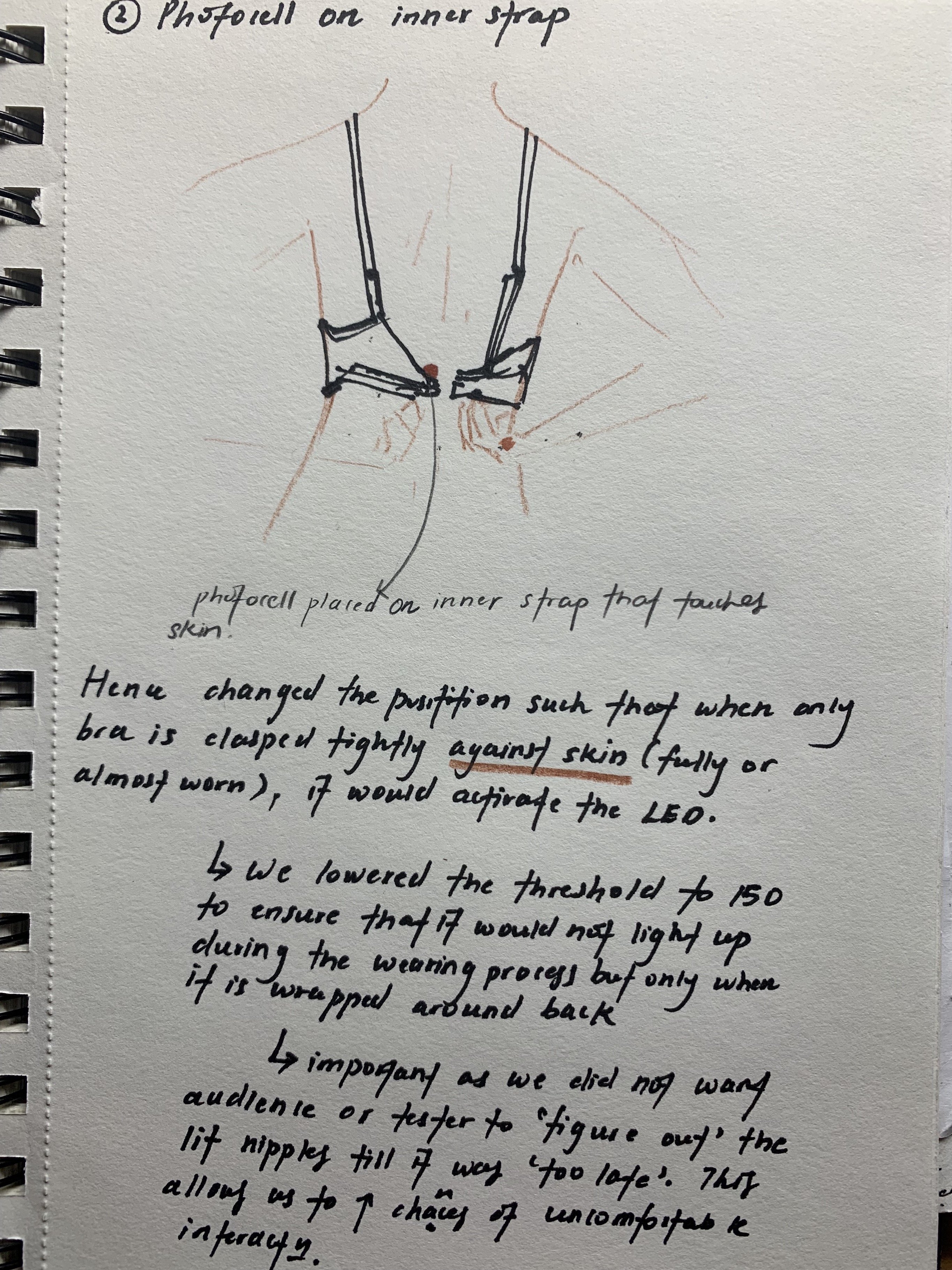 We decided to use a photocell as a very direct and effective method to activate the LED Bulbs. However we had to determine the most effective threshold such that the nipple areas would not prematurely light up or not light at all. We settled on a range on 100 to 300. After a few trials, we decided to use threshold : 150.

As our final prototype required many wires connected to the Arduino Uno and from multiple directions, we decided to sew the wires into in the hem line of the bra itself. We then taped the wire cluster of each component together to prevent entangling. We also pierced the LED Bulbs through the fabric of the bra itself to avoid damaging the bra. We wanted to ensure that the circuits were as well concealed as possible to ‘convince’ our participants of the legitimacy of our wearable prototype. 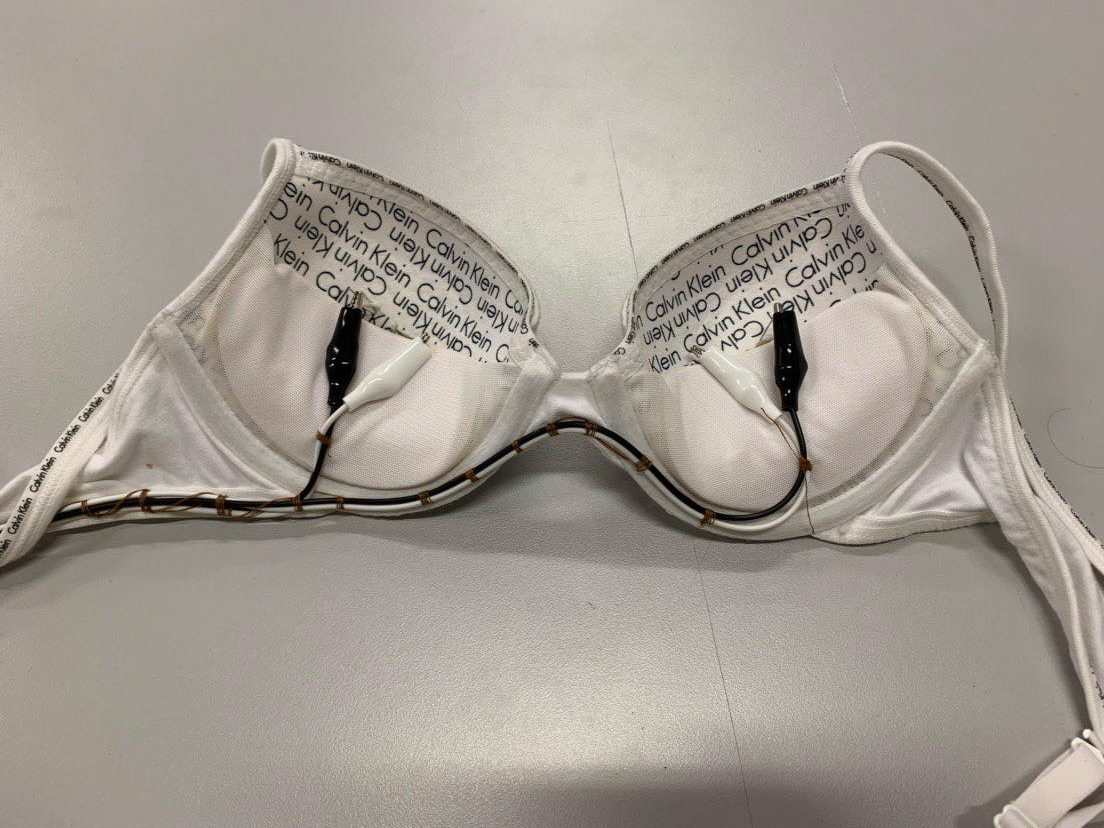 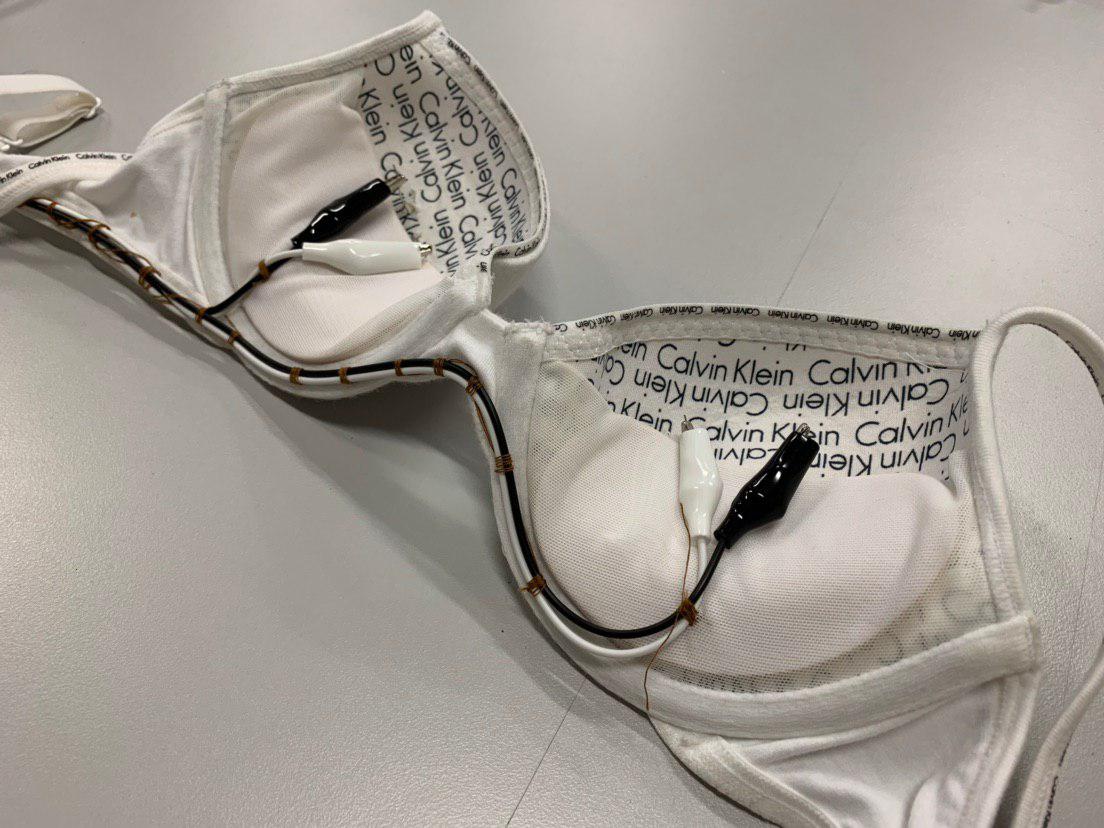 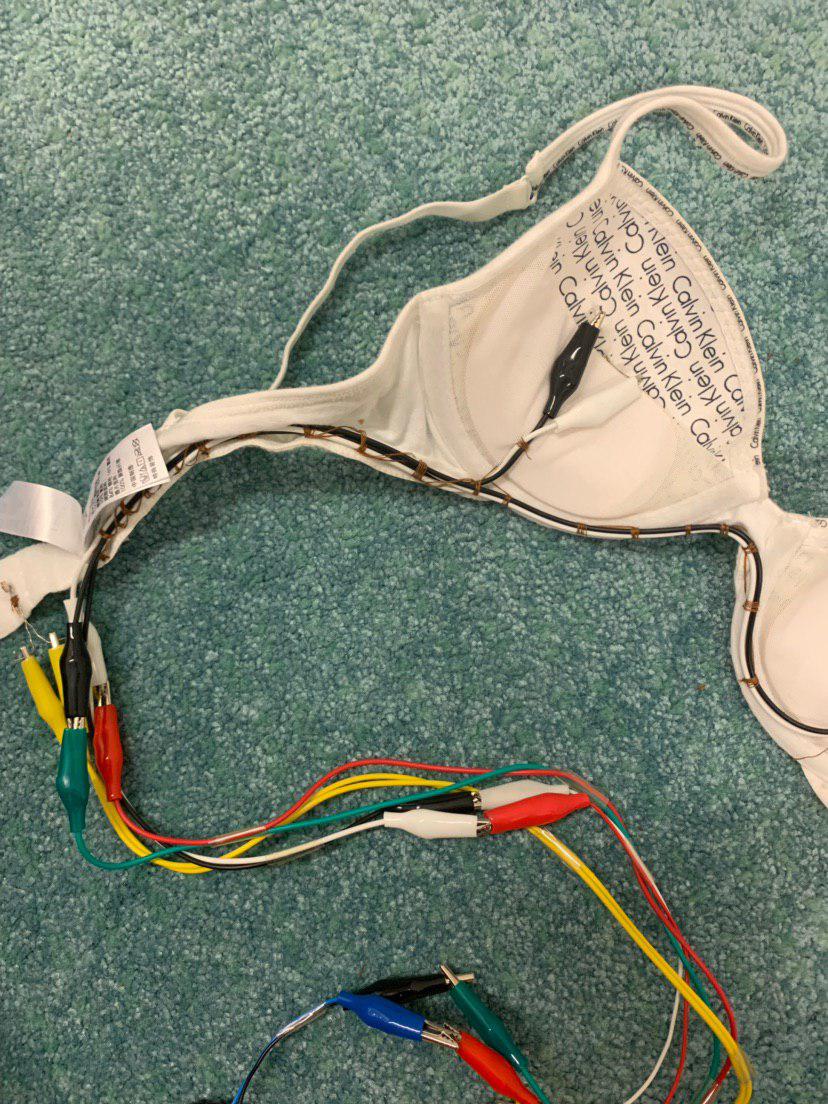 Given the nature of our object as a wearable item, we had to conceal any visible circuits as much as possible and also ensure its portability and ease of usage. Hence instead of using a laptop, we uploaded our file onto Arduino Uno and connected it to a portable charger. We then fit the breadboard and most of the extended circuit into a small Coach bag. During critique, we instructed our testers to sling the bag on their wrists while they wore the bra. The use of this complementary womenswear accessory added to the legitimacy of our prototype.

1. How does your hacked object behave in a way you least expect it to?

For our disobedient object, Praveen and I wanted to make the participants uncomfortable. The purpose of the bra is to conceal the nipples of a female. We wanted to change this and make it enhance the nipples instead when you put the bra on. The nipple areas will light up when the participants try to put it on, making their “light nipples” really obvious and bright red. it’s is kind of a protest product to “free the nipples” for the females.

Most people would slander someone for exposing their beasts or nipples in public. Movements such as free the nipple has also gained flak due to a certain censorship expected of women. The bra is often used as an object that conceals and supports the feminine torso. To even walk out in daylight in ‘just a bra’ seems preposterous to many in society. Hence by subverting this object into one that draws attention to the most censored area/or area that calls for the need for most censorship; the nipples, it becomes disobedient. It becomes a proud and ‘in your face’ object that screams social protest and defiance. To walk with a lit bra with flashing nipples would be equivalent to Hester Prynne with her Scarlet Letter embossed on her chest. The use of a naturally provocative colour, red, further enhances our subversion. Hence anyone who wears this bra does not conceal but covets and ‘reveals’ instead. It is also disobedient in the sense that one who wears one would be probably labelled as a transgression in society.

The interaction is uncomfortable due to two main different forms of interaction. The first is the users’ personal interaction with the object itself – as no ‘warning’ is given and they are only instructed to wear the bra, they won’t know what to expect. As we set the threshold for the photocell to as low as possible, the bulbs only lit up once it is tightly clasped around their chest. In other words, by the time they realise their nipples are lit, it would be too late for them to try to remove it or hesitate putting it on. Hence by eliminating the choice factor this way, we are in a sense forcing them to reach the full interaction. Most people were willing to volunteer as the object looked pretty mundane and normal. But once they picked it up and started wearing it, their choice to stop the interaction was taken away from them till it was ‘over’. This makes it uncomfortable as their freedom of choice is removed. Discomfort also occurs due to the prototype subverting its original purpose of concealment. However we also realised that after clasping the bra for awhile, the users seemed nonchalant and almost intrigued by its ‘flagrance’. Maybe it is due to fact that we all have some sort of inner desire to be hedonistic or to immerse in objects of ‘taboo’ once in awhile.

Another level of uncomfortable interaction came from the audience – user interaction. As the bra lit up, the audience saw it before the user did — the user had to look down to realise their nipples were lit. Hence many of em were taken aback when the rest of the class started laughing or getting excited as they weren’t sure what the commotion was about. Hence this brief moment of ambiguity and where the tester is almost being made into a object of public scrutiny leads to the second level of discomfort from this interaction.

Our circuit actually kept short circuiting which was really annoying because we need to replace the bulbs and see it again. To get over this problem, we tried to add in fuses and connect the bulbs in parallel circuit so that when one bulb blows, the other will not be affected.  However, another problem is the portability of the bra. Even though we switched using the laptop as a power supplier to a portable charger, there was still a lot of wires handing around. Hence i think that we could make like an additional pouch onto the bra to keep all the wires and portable charger to make it even more portable.

The first challenge was the brittle nature of the led pins. As we wanted to minimise damage to the fabric, we had to push the pin through the cups and bend it accordingly. However the pins broke and we had to be more gentle. The second main challenge was that our circuit kept short circuiting and causing one of the two led bulbs to overheat and burn. We then decided to add a resistor parallel to the first, to lower the current flowing through. This was a challenge as it took us a few trials to figure this solution – the LED bulbs only burnt after a few times of plugging into power. The last challenge was portability and concealment of the circuit. As we had a significant amount of wires attached to our relatively small and thin object- the bra, we had to figure out how to hide most of the circuit as much as possible. Even though we managed to attain a successful level of portability (details mentioned in previous part of post), we realised that we could have pushed the legitimacy of the object further if we had made an external wearable pouch to hide the remaining wires.