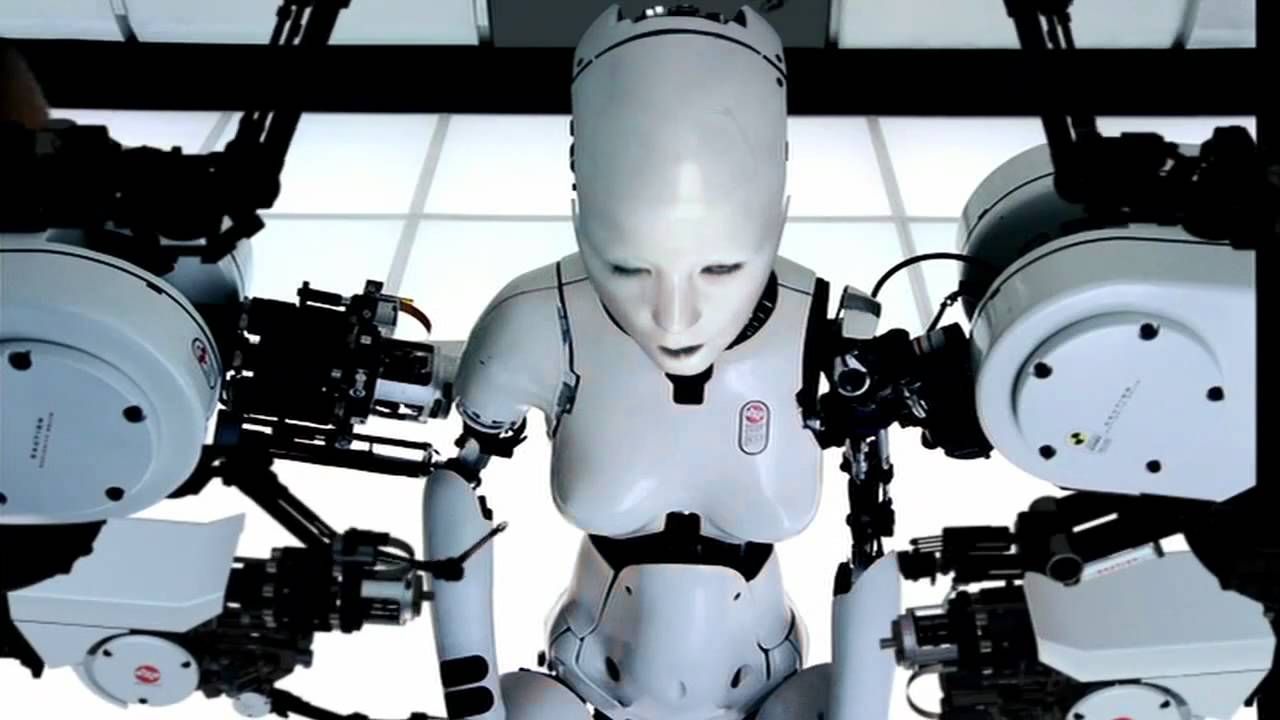 Ong Kian Peng’s Lecture titled ‘Automated Utopia’ explores the possibility of attaining Utopia with the progression and advancement of AI into self sustaining entities. It is important to acknowledge that ‘Utopia’ the term in itself is an imagined island of perfection (one that is somewhat inherently unattainable), however we are presented with the possibility due to Automatism brought on by AI, a contemporary concept that was not know of before.

Is AI then able to manifest Utopian Concept due to its ‘objectivity’ and lack of ‘human biases and desires. whom Lyman Tower Argent attributes to being the reason why ‘Utopia’s nature is contradictory and cannot be satisfied’.

Will AI’s automation introduce a sense of unprecedented homogeneity not capable before due to human emotions?

Will AI be able to express homogenous ‘emotions’ or ‘perceptions’ that are expressive yet binary enough to be ‘processed’ usefully with tangible outcomes?

On the other hand, pop culture has always portrayed AI’s increasing presence and dominance as Dystopian rather than Utopian – I Robot, Terminator etc. However in reality this depends if our concept of Utopian Citizens only consist of humans or do we now expand to include Robots and Tech as valid co-habitants. Pop Culture more often than not, tends to show a conflicting relationship between Humans and AI. In reality, our relationship with tech is increasingly salient and symbiotic. Maybe the first step to attaining possible Utopia is to accept this coexistence and work towards nuancing this complex relationship rather than perceiving it as contentious or as a threat to our survival (it is this innate survival instinct in itself than hinders Humans from fully embracing AI) — we mostly crave advancements in technology and AI systems because they complement our needs and supplement our human activities. Alexa, Google Home etc. They are subservient to us and are always ready at our disposal.

Hence, the idea of full Automatism is treated as a taboo as it undermines our long established dominance in this world. The possibility that another entity/being as intelligent or perhaps even more intelligent than us, destabilises our hold. Most of us ultimately still want them to ‘think’ within our control and only operate within the parameters we set for them. It is important though, to accept that moving forward, such resistance will not amount to further progress in tech. Part of wanting to attain Utopia is to accept that we have to let go of this and instead allow AI to take its rightful place in our contemporary ‘biosphere’ which has grown to include not just organic habitants but digital cyborgs.

With these overarching concepts, dilemma I will attempt to address some of the questions put forth by Ong Kian Peng in his slides :

1. So how can AI present a different world than that of the cyberpunk genre and give us a technological utopian society?

2.What value does it add ? And what do we lose as a result of automation?

1.So how can AI present a different world than that of the cyberpunk genre and give us a technological utopian society?

AI in itself opens up the space for an alternate/virtual reality to exist. It diminishes the notion that there is only one physical reality or truth and instead introduces multiple possibilities not bound or restricted by the classical laws that govern the physical world. In our conventional world, truths tend to be more absolute — our lives are finite , we only have one outward appearance , we are bound conventionally by law to have a committed relationship to only one partner for life. In other words we are tethered by our physical bodies and limited by society’s constructed rules. Yes, we do break away from these rules however the moment we do, we become disillusioned and often become existential as we feel ‘guilty’ for transgressing. These rules hence dictate absolute truths which we have grown to accept.

However AI and VR allow us to adopt virtual personas in virtual spaces where we can manifest even the darkest of our fantasies and feel normal. We are increasingly less conscious of the satisfaction we derive from some of this fantasies due to how nuanced and normalised it has become. For example the notion of Sex — it allows us to have more than one sexual partner (via VR Platforms) and not feel guilty for doing so.

To push it even further we can decode how games like Animal Crossing where we adopt Animal Avatars and interact with one another, almost touch on the unspoken taboo of bestiality. Freud describes bestiality as examples of people fulfilling their desires insufficiently because of a lack of available options. Though this is a very crude and possibly debatable link, on a very subtle level it does act as a form of liberation from the repression of the ‘real’ world.

Essentially AI and Tech add a whole dimension of possibilities. Another example would be Alexandra Daisy Ginsberg’s ‘The Substitute’. This work is a video of an AI constructed Rhino (the last white rhino) aft it passed. In our reality it’s death is absolute and we have no way of breathing life back into it. However AI has intelligently constructed a virtual model of the Rhino by deep—learning its characteristics as accurately as possible. The Rhino is resurrected and paradoxically is immortalised as a digital entity. This could be done for species on the brink of extinction so that we do not permanently lose them. Death is inevitable and so is organic degradation and decay. However these same laws don’t apply to the virtual realm and hence AI allows us to to in a way preserve  the perishable.  This possibility then begs humanity to re-consider the idea of death as an end. 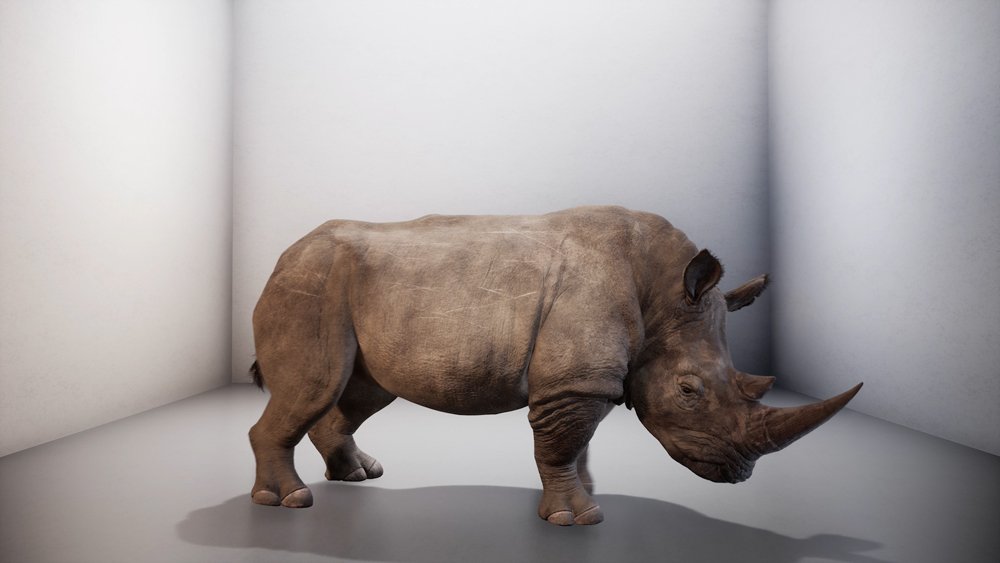 AI then offers us the possibility of a tangible after-life that can be seen , heard etc and not one of the Bible or Holy Books which are more or less imagined. We will be able to cope with death better, knowing that death won’t be an end it itself. On a more mortal and emotional level it adds some sort of stability and assurance. We mostly fear death because of the uncertainty we face having to abruptly leave this world with unsaid things or having to be separated from our loved ones. However AI in this context shown in the example, enables us to still ‘exist’ and interact with our loved ones, in the physical world, long after we are gone. It shifts us from one dimensional absolutes to multi-dimensional fluidity.

2.What value does it add ? And what do we lose as a result of automation?

On a very superficial level:

automation will result in many jobs becoming obsolete. Presently many jobs including vehicles which require drivers are becoming driverless. Waiters too are being replaced by Robots who have no ‘limit’ to the amount of productivity they can uphold. Jobs that rely on skills which can be easily translated into an AI System are becoming increasingly dispensable. Furthermore they do not have to paid/fed/replaced and are more likely to be efficient. More importantly we have to keep in mind the many strata of society. People of lower education with such skills will be at highest risk of being replaced. Being unemployed takes away their source of income and purpose. One could argue from a Darwinian POV that society in itself is a survival of the fittest and with technology becoming ever more dominant, it is those that are able to coexist with it that will sustain themselves while those not skilful’ enough will simply be ‘left out’.

On a much deeper societal and psychological level:

We risk losing agency. Automation implies that humans are no longer needed as an intermediary for AI bodies to function basically. However we can determine how much control we want to give up by setting up restrictions to the automated process before it is set into motion. This is assuming that AI does not have the capability to grow its cerebral capacity independently. However, If we were to treat AI Systems as executors of human input, limited by what we feed it, instead of self sustaining entities, we will only be adopting a regressive and insular view. AI in its core, is self sustaining and automatic. We thus have to embrace full automation due to its inevitability.

What we risk losing in this process of trying to reconcile with AI systems is our sense of identity and self. Up till now it is our ‘human’ sensitivity and ‘spirit’ that distinguishes as ‘higher beings’. It is this poetic, mythical, intangible ‘essence’ and its uniqueness to each of our minds that provide us with our personal identity. We hence emphasise on the idea of the ‘journey’ and the ‘experience’ to fulfil this aspect of being human, regardless of the final tangible outcome or task. Despite the task being the ‘end goal that produces a tangible benefit for ourselves and society, it is the means through which we attain it that defines our ‘purpose’.

With full automation, a highly intelligent AI system would be able to short circuit this process and complete the task without any ‘interference’ of emotion. It’s sole nature is its ability to perform with cognitive ability to solve complex issues. However it is devoid of any ‘spirit’ — something that we are yet to be able to replicate, if we wanted to in the first place that is. Hence when we are forced to co exist with these AI systems which are able to attain outcomes way faster than us, it will definitely undermine the validity of our humaneness. We not only risk losing our sense of self due to this suppression but risk losing our sanity trying to navigate our minds out of this sudden existential state.

Will we step back and let AI do all the work? Will we able to simply ‘enjoy’ and stop working? Will capitalist structures built on social classes disintegrate with all forms of work being automated? How then do we allocate wealth and resources? What happens to meritocracy if AI takes over the whole process?

3. What will be the role of humans in a future AI driven world?

Our overarching role would be to integrate AI into our daily lives. Instead of resisting or obsessing over keeping AI ‘in check’, which would result in possibly dystopian consequences. We already use systems such as SIRI and Alexa almost daily. We use GPS and deep-learning systems to speed up and execute processes impossible to humans. However these processes are mostly still mechanical ones. We have to anticipate for when AI are able to automate ecological and advanced processes.

As much as I believe we should embrace this direction towards full automation, we have to be very sensitive and aware of the complexity of it. A highly intelligent being lacking moral perception could be disastrous if not trained properly. Though it is impossible to replicate our emotional capability and translate it into AI Systems, it is possible to feed these systems with scenarios and outcomes to train them to react accordingly. This then requires us to be unbiased and objective in what we prescribe the system while it is deep-learning. Presently many biases already exist — racial profiling etc where marginalised groups are targeted in systems such as face detection. As systems become more prevalent and powerful, such biases could have very fatal and dystopian outcomes. We do not clearly know how AI will respond to such non-objectivity as their cognitive capabilities expand. Hence it is important that humans working closely with AI, imbue it with as much impartiality and objectivity as possible.