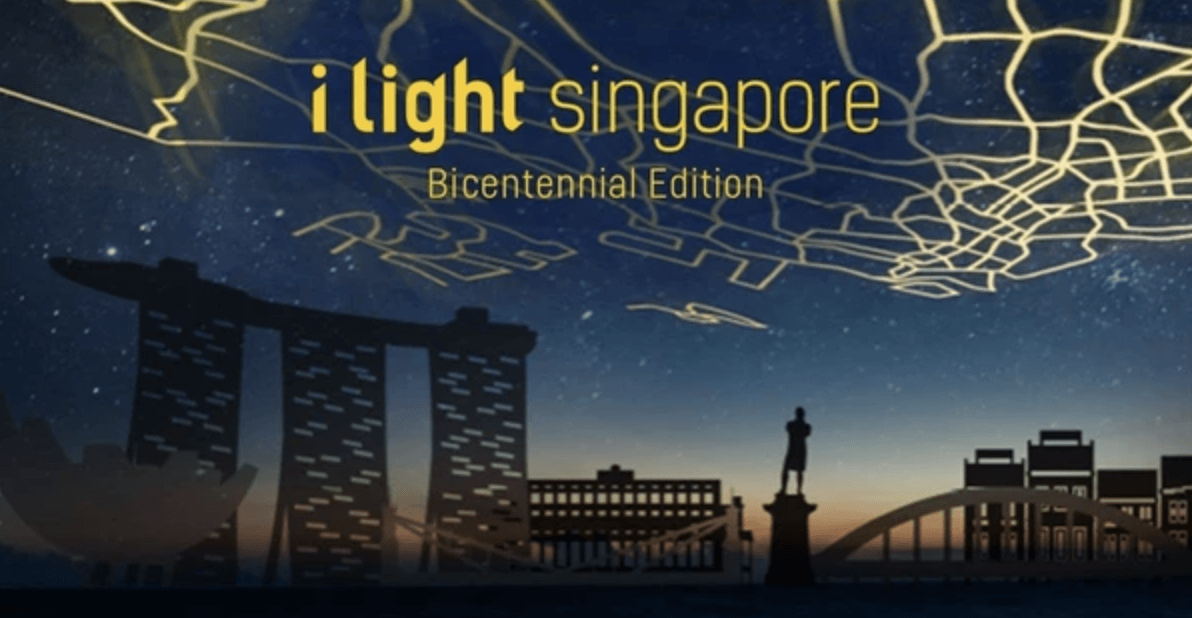 i light 2019, involved a serious of light based installation works mapped out around Marina Bay. As part of our Bicentennial Celebration, this series was meant to commemorate aspects of Singapore’s History while articulating and expressing the progress we have achieved today. Personally I feel that the series was meant to visually convey the advanced and state of the art nation we pride ourselves to be. Instead of being displayed or curated in an enclosed and discrete space, each of the installation was integrated into the natural environment of the Marina Bay Area. This seamless and intelligent way of blending the works into the heavily lit Marina Bay Area and it’s powerful landmarks, then make the works accents of our already popular city core.

There is no discrete start or end to this journey and one is free to approach any of the pieces they find interesting as they navigate their way around the Bay Area. Instead of simply reinterpreting the works in conventional ways like in previous years where it was almost always tied back to historic moments, in the 2019 Festival there were some works that commented on contemporary and important issues such as Climate Change and Waste Management. Such issues are relevant national issues moving forward and it was significant to see that the designers were using this opportunity not to just simply pride ourselves in our past but remind the general public of where we want to head towards in the future. i lights also essentially is a smooth movement and flow across and in between significant monuments rather than being pit stops —when we transit from one point to the next, the journey or the space between the points were also filled with smaller interactive elements. This ensures the experience journey isn’t broken and the viewer is guided seamlessly from start to finish. 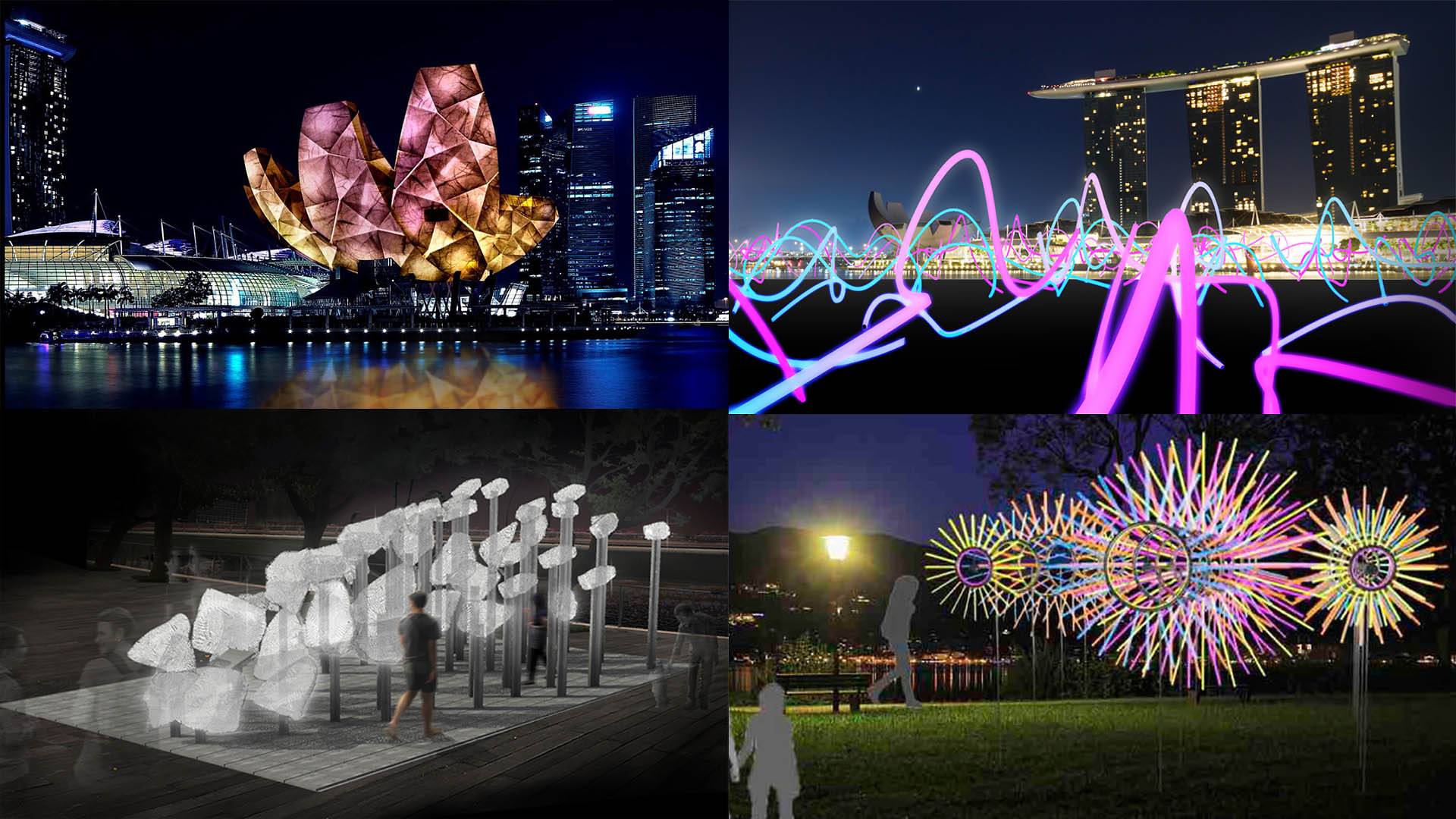 2. What might the “curators” have to consider to plan such a transformation?

1. Cost — Projections and Audiovisual technology at such large scale is costly and as curators they have to consider the allocated budget and be cost efficient without compromising the end result.

2. Safety —As some of these works were placed on walkways, obstructing public space has to be taken into account to ensure there is enough mobility for all sorts of people including adolescent and seniors. However they probably had to strike a balance between being too safe and too obstructive —the works being along the pathway of Marina Bay makes the movement through it intuitive and this was a vital intuitive element of i lights.

3. Artistic Choices — Another possible consideration could have been discerning how to complement the landmarks without overly layering them with augmentations to the point they lose their inherent characteristic or recognisability.

4. Sustainability — As these works were displayed over a long period of time over a span of weeks, Curators would probably have to consider sustainable of ways of supplying them with power and avoid unnecessary usage.

3.What alternate ways could YOU imagine transforming these sites to communicate something unique or unknown about Singapore culture?

One way to further build on such works in the future would be thinking about how rather than repeatedly talking about our local history which most people are more or less familiar with, we could instead create conversation about unique cultures or subcultures that exist within Singapore (how they’re unconventional yet uniquely singaporean).

In recent months, especially with the Covid-19 Dormitory breakout in SG,  Migrant Worker causes and issues have been gaining more traction and attention. Many of our landmarks were built by these migrant workers and they  as a demographic occupy a large part of certain spaces in SG — Peninsula Shopping Mall ,  Lucky Plaza, Little India etc. They have set up semi permanent enclaves in these areas and Singaporeans ourselves have grown to associate these spaces in relation them. They have shaped both our cityscape  (laboriously) and these small spaces they frequent (culturally).

Hence one way to make national monument installations more contemporary and meaningful could be layering them with audiovisual elements that portray the migrant worker experience living in SG. This will not only highlight our multiculturalism in a unique way but also create a powerful dialogue by intersecting the labour aspect of our landmarks with the glamour, power and authoritarian aspects of it. Such possible approaches that highlight issues in our current world are important to address, moving forward. Being a nation that only busks in its past glory becomes superficial after a certain point.