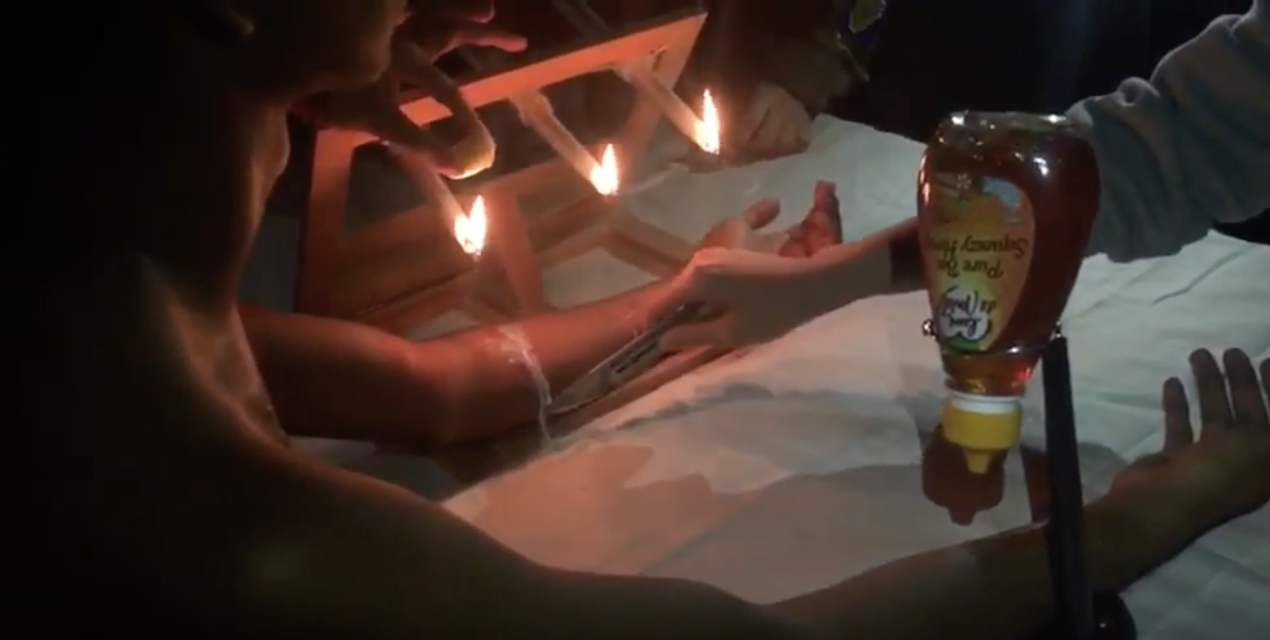 ‘Exploring the Duality of Pain and Pleasure’

I decided to do a Performance Art piece for my final project. My main concept was to use my body as the canvas and medium in this piece. I wanted explore experienced time and how its perceived duration can alter according to our feelings — specifically Pleasure and Pain. I also wanted to create a piece that would enable both the Artist (Me) and the Audience to experience these feelings within the linear duration of the work (Measured Time).

The idea for this piece was inspired by Marina Abramovic’s ‘Rhythm 0’, as mentioned in my previous OSS post. I wanted to convey that same idea of simply being a medium for the audience to interact with — it was important that I did not enforce any ideas upon them but instead enable them to formulate their own concepts through the interaction alone. Hence, isolating myself from my body, and conditioning my state of mind for the duration of the work, was key. 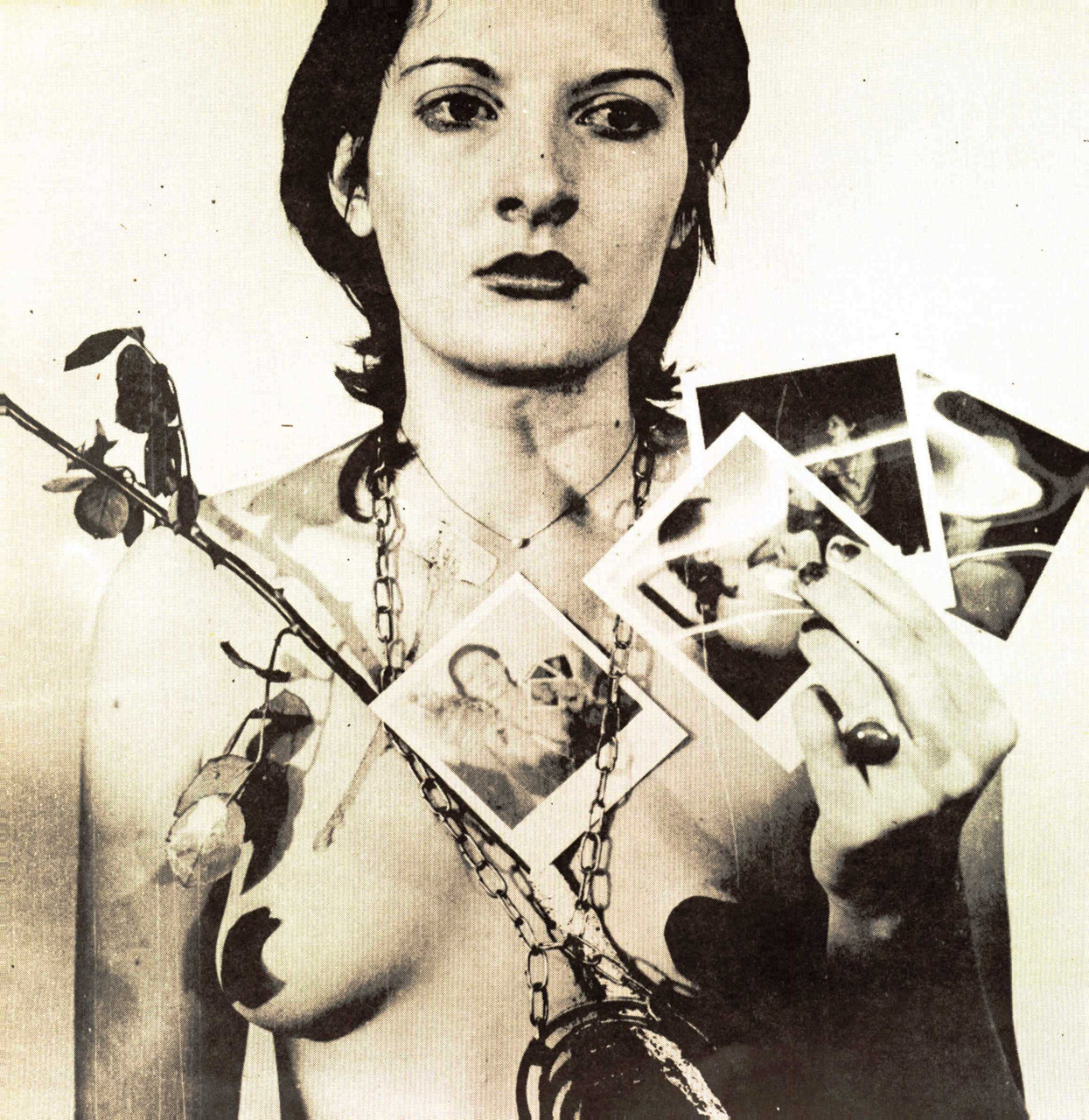 Initial Idea : I decided to explore Pain and Pleasure through two specific items — Candlewax and Honey. My initial idea was for both Candlewax and Honey to drip simultaneously on either side of my arms while the audience watches it unfold. Measured time here, will be defined by the drops of wax every time they hit my arm and the slower dribbles of viscous honey on the other arm.

Added Concept : However I wanted the interaction to be physical and not simply visual. Hence I decided to lay out tools around my arms — the same way Abramovic surrounded herself with 72 tools. Due to the specific focus on exploring the liminal relationship between Time and Space, I decided to use just two tools — A Scraper and Marshmallows. The Scraper will be placed on the arm with the Wax, to provide the audience with a tool to help me scrape the piling wax off (which will continue to pile up no matter how much they scrape). The Marshmallows will be placed on the arm with Honey, as a complement for the Honey.

Hence this contrast of seeing me get hurt, coupled with the futile inclusion of the scraper vs the choice to experience blissful indulgence by eating marshmallows dipped in honey instead, is created.

Final Concept: I pondered about my concept further, and decided to push it a little further. Instead of merely ‘disabling’ the Audience from relieving me of my pain, I wanted to provide them with a tool that could both scrape the wax yet hurt me further. So that every time the think of helping, they may hold back, knowing that the tool could induce more pain instead. Hence I chose to use a penknife instead. I would also be doing it topless, to emphasise vulnerability.

Squeezable Honey with Stand — pressure from clasp just enough to cause Honey to flow. Wooden Bookstand — Rotated so that Candles will be able to drip at an angle that ensures the dripping does not stop prematurely. 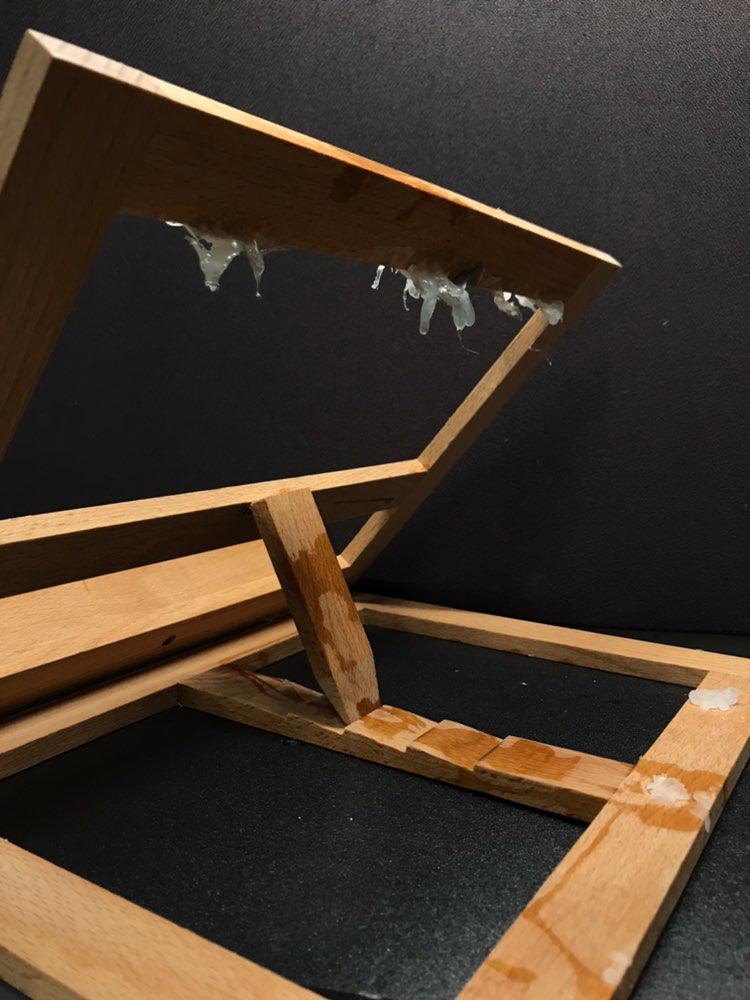 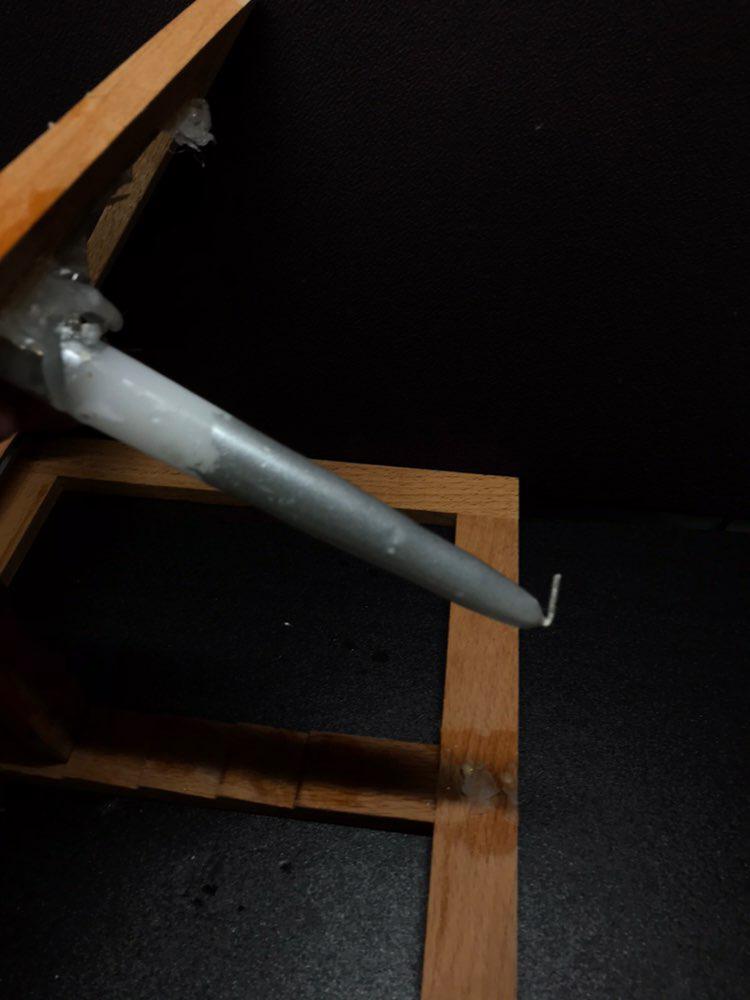 This is the documentation of my final performance piece

1. Initially the Audience seemed reluctant to participate or looked like they were waiting for someone to initiate interaction.

2. Audience started interacting with both sides of the work as they saw the wax accumulating.

3. I intended for the candles to be lit for only 2m30s. Hence I instructed Rayven beforehand, to blow out the candles at that mark. The remaining 3 minutes, I sat there still in ‘character’ and gave the audience enough breath to process the performance while allowing them to still interact with my body in any way they wanted to.

1. The audience barely mixed around the props from either side, though I never laid down any rules preventing them from doing so. Only one or two decided to roast the marshmallows. My Prof poured Honey over the Wax to relief the supposed pain I was feeling, which the class did not think of doing.

2. Not everyone participated and some just seemed like they could not wait for the performance to end.

3. Some of those who did interact, seemed very reluctant to. They looked like they were being forced to when they had the liberty to not participate if they did not want to.