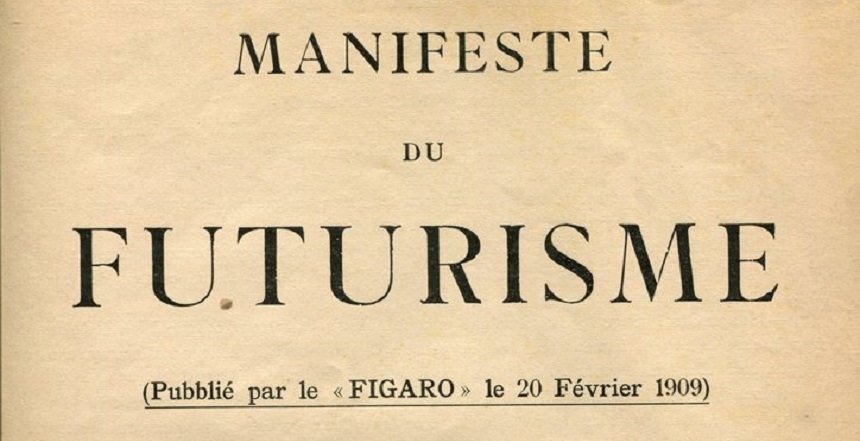 In this lecture we learned about the dawn of Modernism. A period sparked by the birth of Cubism which further let to the development of Futurism in Italy, Constructivism in Russia and Precisionism in United States. During period, new philosophies by influential poets and literary figures formed the primordial soup for corresponding Art to emerge. Before this, Typography and Art were widely used in posters and to gain attention with primarily variation in colour, form and with the integration of visuals. However they were still mostly linearised with focus on readability and conveying of a tangible message. With Modernism, these supposed rules fell apart, and artists redefined the arrangement and construction of letters and texts according to their personal beliefs. They were manifestations of the mind, made to stir emotions and induce feelings rather than to serve a material or superficial purpose. In some ways we can say that Typography in this period was imbued with an organic and spontaneous life of its own. Personally I was most drawn to the rebellious and robust philosophy of Futurism.

in 1909, Poet F.T. Marinetti issued a Futurist Manifesto which was published in La Figaro (a popular magazine run by youths), igniting the movement. He urged artists to revel in and celebrate ‘the beauty of speed’ and emphasised the veracity of movement. He was inspired by this notion of speed when he avoided a collision and ended up flying into a ditch in his speeding car.

This love and obsession for speed and movement is evident in his use of texts which fully break away and disregard the conventional rules of typography. He used varying fonts within one page with variations in thickness, colour, strokes. 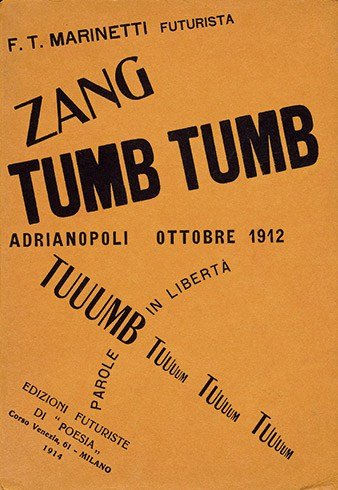 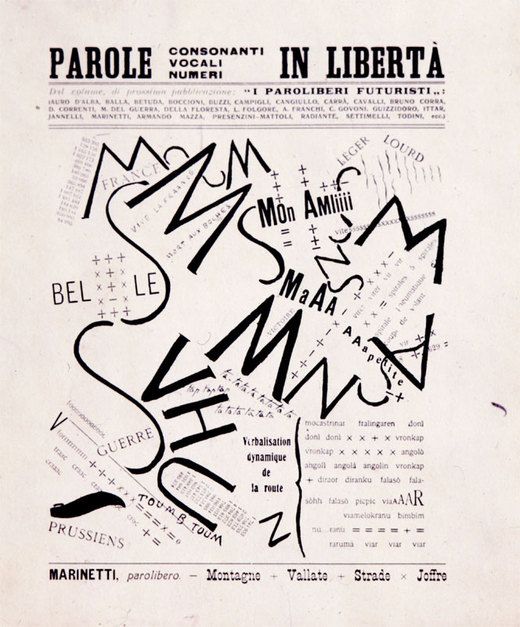 When one looks at his books, there is a deliberate lack of harmony and no form of symmetry – accurately capturing the essence of the idea of Movement he was so passionate about. This erratic and chaotic appearance (lack there of, of rules) became a rule in itself for the Futurists. He scattered mainly nouns about the page and conveyed meaning through arrangement and size. His lines were organic and dynamic and their grids intersected freely on the page.

Marinetti wanted to express a sensation or a feeling, something intangible and intense and this accurately is reflected by his free and unrestrained ideology of Typography. When I see his work, rather than viewing it as a book, my sense of it is more visual and imagery. It is also important to note that Umberto Boccioni was the leading artist of the movement and manifested Marinetti’s philosophy through his sculptures. His main aim was to capture a cinematic sensation of flux in his figures. As a collective, the also fascist futurists were controversial and rebellious. They were known for provocative acts such as proclaiming fascist slogans from the top of the Venice’s St Mark’s bell tower. They even went to the extent of advocating a new cooking style named ‘Cucina Futuristica’ – extremely absurd recipes that involved the use of cologne and other unconventional ‘ingredients’. They measured their success by the level of abuse they received from the masses. However the movement was short lived and ended with Boccionis’ death. Which fittingly (?) occured due to a riding accident. I suppose one could say he brought his passion of Futurism with him to his grave. 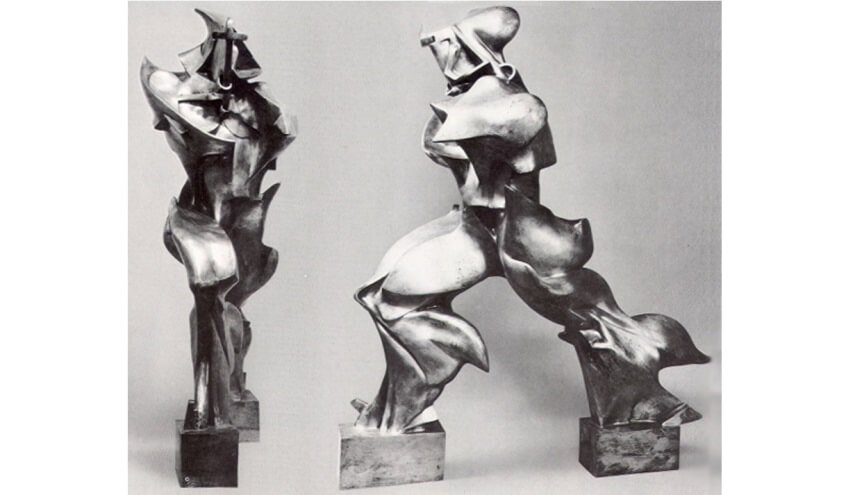 Even though Futurism was short-lived, its aesthetics had a significant impact  on the development of other movements like Surrealism and Expressionism which subsequently lead to the birth of Post-Modern Art movements. Their philosophy of centralising Art and Typography around a specific sensation and feeling propelled the exploration of the intangible, temporal and subconscious to the fore front of Art.