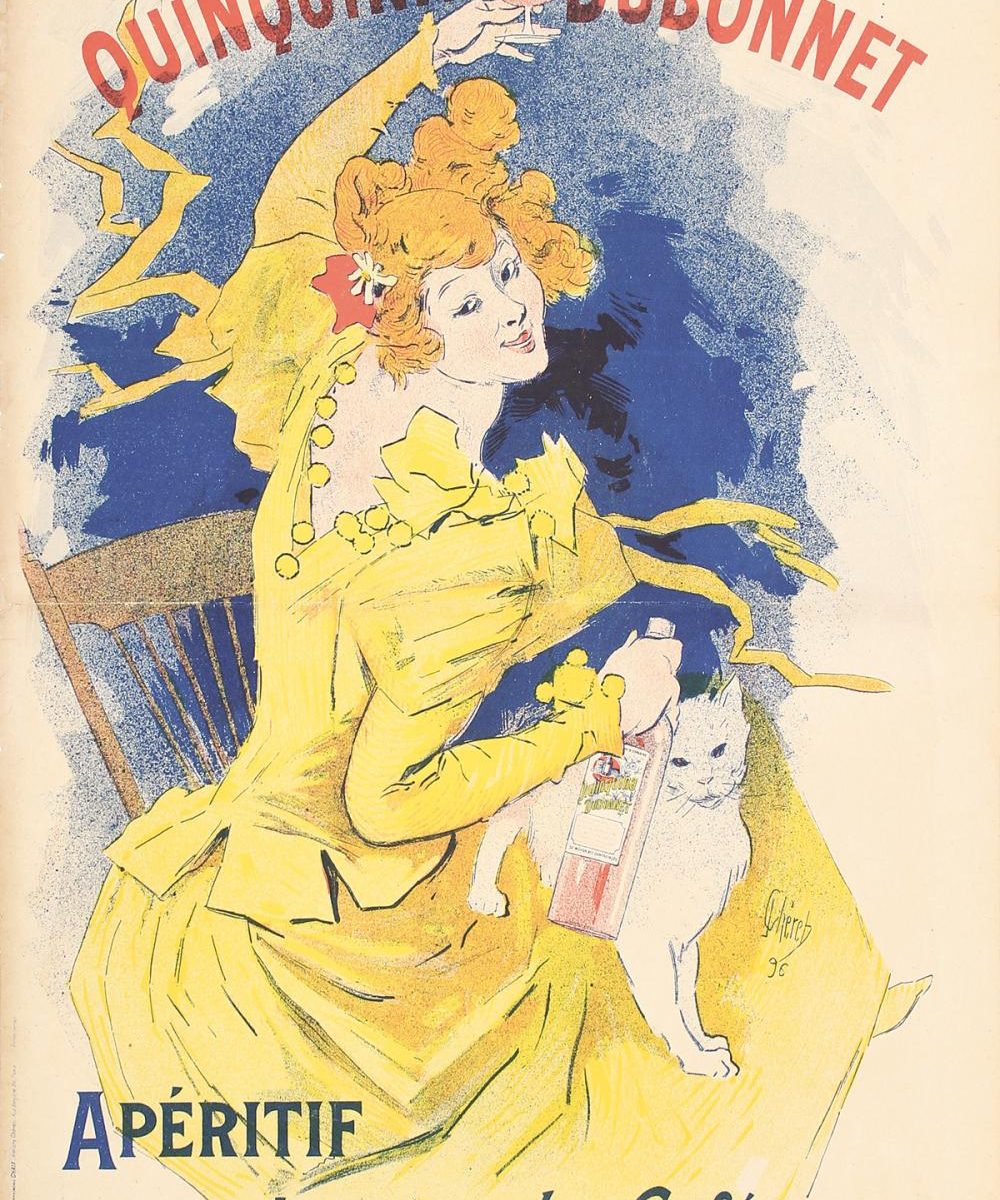 Industrialisation, mechanisation and interactivity between cultures changed the way letter forms and type were approached. Previously the main function of type was heavily centred around the idea of documentation. However with the rise of industrialisation, people started making a conscious effort to manipulate type in order to draw attention towards a particular product or idea. It was used simultaneously with images via posters, magazines and mass communication traditional media devices. Out of the multiple examples we were shown during the lecture, Chérets posters had the most visual impact on me.

Chéret began his career in 1858 illustrating opera posters, book covers and advertisements. Just like the Art Nouveau artists of that period, he was heavily influenced by the Japanese Ukiyo-e movement which reflected the idea of indulgence in daily life by exploring controversial subject matter such as the Geisha. After Japan opened up to trade, from being isolationist, there was a sudden influx of these Japan Aesthetics into the western world of Art. The notion of ‘flatness’ in Japanese Art was adopted in Paris and the simultaneous lifting of a ban in Paris, allowed posters to be displayed on the streets, making the streets an ‘open gallery’. As such, commoners and the public had increased access to Art. 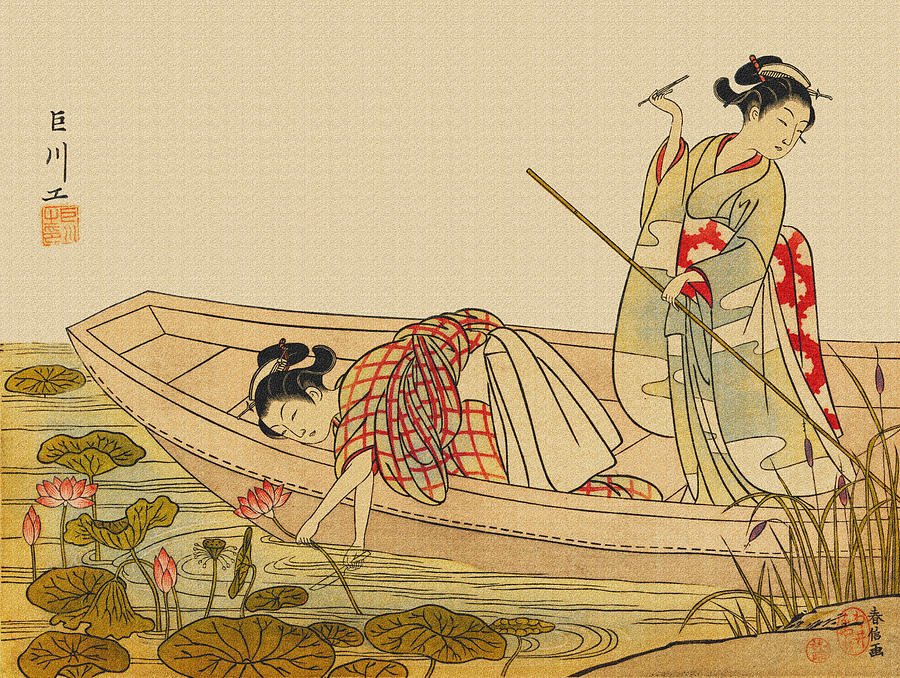 Chéret established his own lithography firm and employed this technique in his highly illustrative posters which often portrayed the sultry and ‘unrestricted’ spirit of a woman. The female figures in his posters were fondly named the ‘Chérettes’ due to their characteristic flamboyance and vibrance in terms of colours and movement. 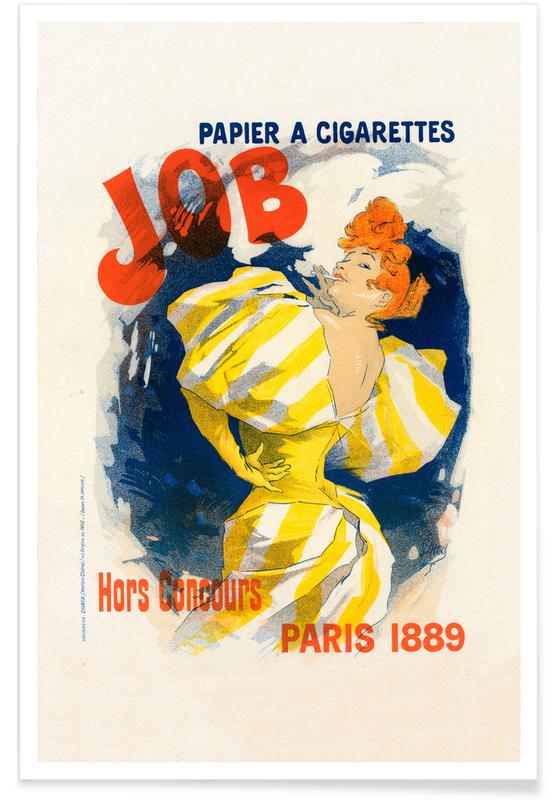 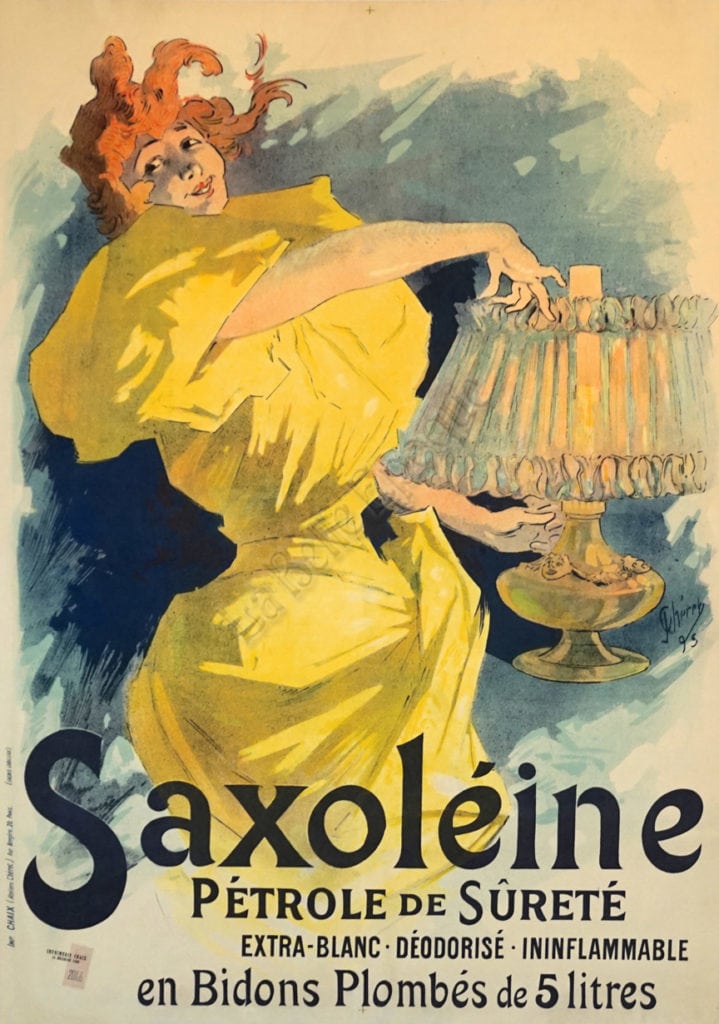 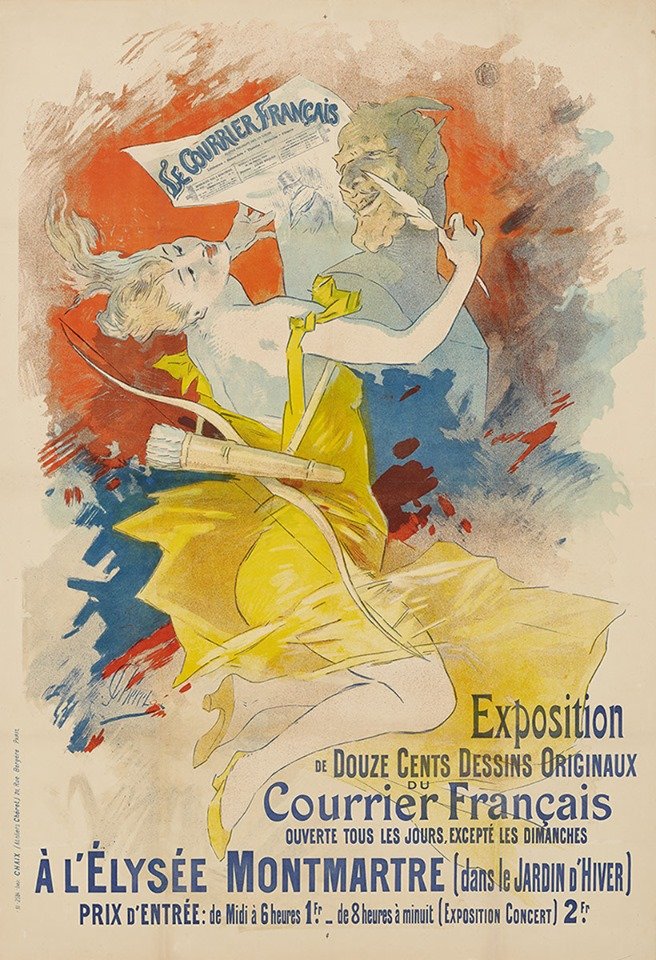 The use of bright vibrant colours, flatness, wavy lines, tumultuous movement and bold outlines were the key features in all his posters. The woman wore heels, had provocative parts like their thighs and back exposed and asserted a very dominant presence in the compositions (echoing the idea of indulgence world in Ukiyo-e). They celebrated and embraced feminism, subverting the characteristic patriarchy of that time.

Chéret adopted both the ideas of ornamentalism from wood type and also the concept of readable fonts. He however broke from any strict restriction and created his own illustrative style, making  space for ‘new’ rules to be enforced again. He disrupted the idea that type had to be static and gave it equal importance as imagery via the use of lithography. The emphasis on free movement and the idea of Ukio-e resulted in emotive and non conforming, unique letter forms. Instead of using a standardised font, artists started exploring making their own custom fonts by illustrating them. His aesthetics also played a key role in the development of Alphonse Mucha.