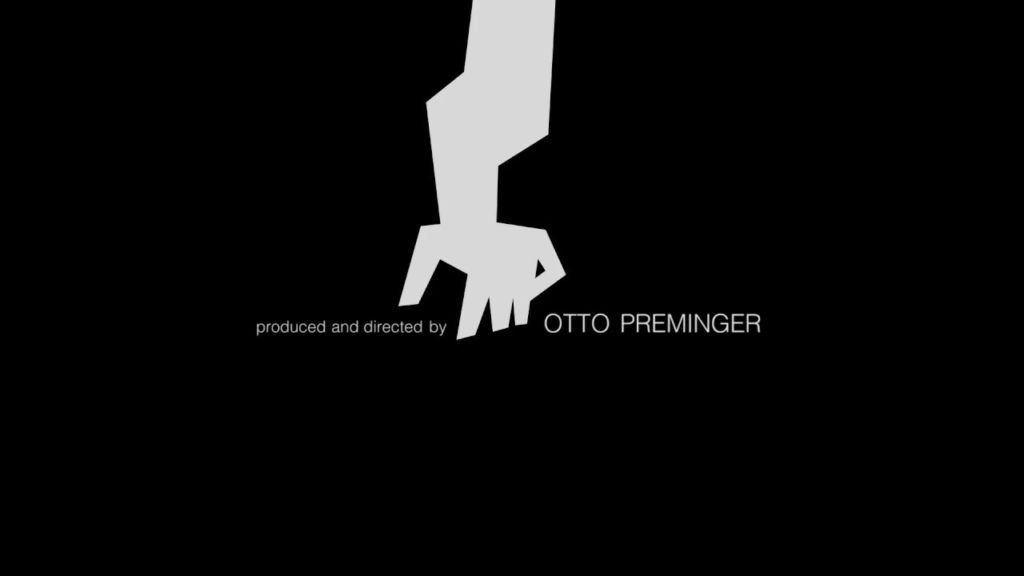 1. The Man with the Golden Arm

In 1950s, Saul Blass designed the title credits for a Otto Preminger movie that featured a protagonist who was transformed due to his heroin addiction. Blass’s challenge was encapsulating the drama, intensity and gravitas of the movie’s theme and plot within the title credit without making any explicit reference to drugs or addiction – an extremely taboo topic in the 50s. It would even considered be taboo now and would not be something explicitly publicised in pop culture movie screenings. As such, Blass had to simplify and translate his idea into a visual abstraction rather than a literal representation.

He used geometric, harsh white lines juxtaposed against a pitch black background while playing with the direction and the angle in which they interacted. The tilted lines and sporadic animation coupled with the ominous crescendo of Jazz Music in the background is representative of the psyche of a drug addict – scattered, intense and troubled. Space and lines are used to create visual drama.

The most significant piece in the whole title sequence would be the the distorted looking arm. This image was also the most direct reference to to drug use with the significance of the arm being one of the key places most heroin users will ‘shoot up’. Heroin in its purest form also comes in white which could explain the significance behind the use of harsh white. The white lines could possibly be an extreme abstraction of syringes which is the main medium through which addicts would administer themselves.

In this particular work, typography is kept very minimalistic and is differentiated by uppercase and lowercase fonts. They adhere to the presence of the white blocks and are framed accordingly within or around the blocks each time. This creates a dynamic and spontaneous representation of the text while keeping the font itself constant. There’s also an impression of instability in the way the text or the blocks frame each other and ‘hang’ at a very disconcerting angle or placement within the black.

The Man with the Golden Arm 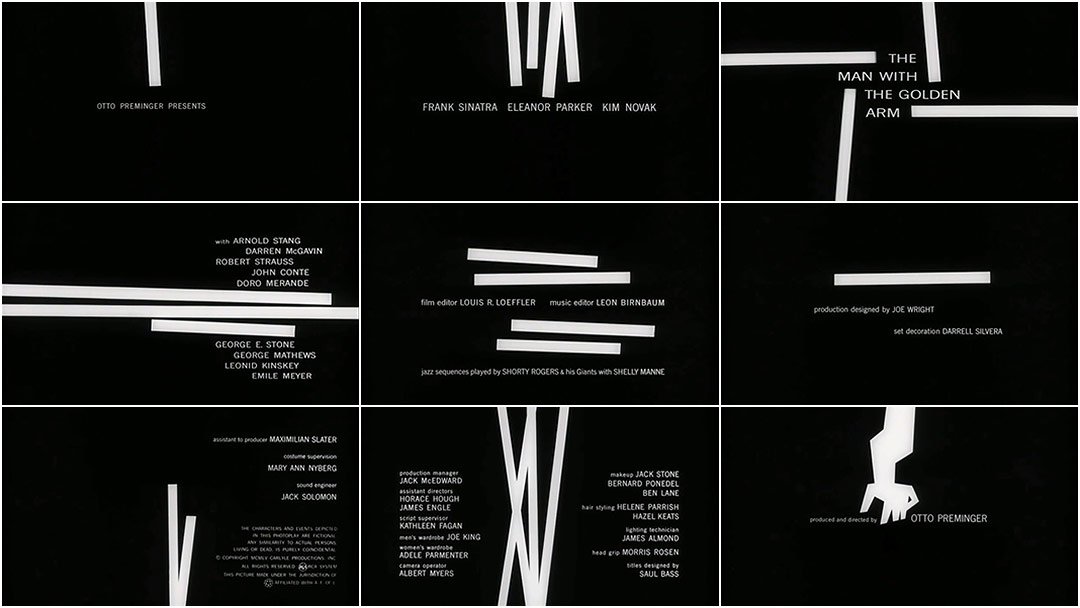 The text is complemented by the intensifying jazz music which is reminiscent of Tennessee Williams’ A Streetcar named Desire’s (Also a 1950 literary classic) use of the Varsouviana Polka music that signified Blanche’s mental deterioration. The frequency of the Polka increased towards the end of the movie and it appeared whenever Blanche encounters a traumatic experience or emotion. In this context, Saul Blass’ Man with the Golden Arm sequence within the few minutes, effectively throws us into a pool of discomfort and coneys the idea of madness and addiction before even we are directly exposed to the movie’s themes.

In A Street Car named Desire, the score was used within the film itself to complement the narrative and theme following Blanche’s descent into insanity. Blass followed the same concept but was the first in the 50s to revolutionise title sequences by adding motion and animation to it. Before that, all title sequences were mostly static.

The same concept is seen in his other famous sequence, Anatomy of A Murder, where the central image accompanying the title is that of a dissected body with each part framing certain portion of the title text. Here, geometric and harsh blocks are once again used along w jazz music.

Anatomy of A Murder 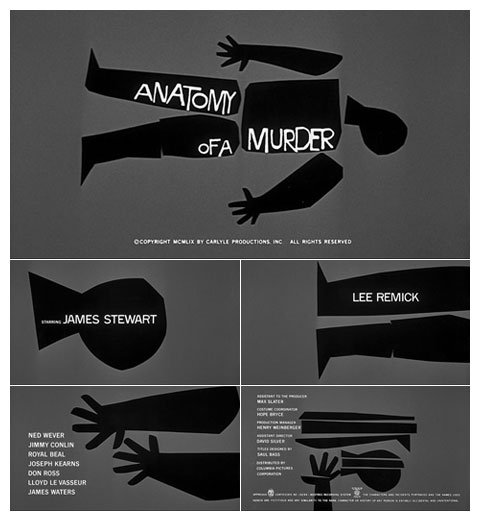 Take away from LECTURES

Through these 4 weeks which were rather heavy with content, I was introduced to key figures and names related to Visual Communication Design History that have helped me better understand the depth of the rationale behind many of the design concepts or styles that exist today. Here on, I will be able to also recall some of these names off my head and apply them accordingly to my personal work.