My team members (Rachel and Tiffany) and I came up with some sketch ideas for our final assignment, in class last week.

“How our self-image is shaped by society”
People shaped their self-concepts based on their understanding of how others perceive them. They also form their self-image as the reflections of the response and evaluations of others in the environment.

A projection of a scene/setting with pieces of clothes here and there.

Audience A will come towards the projection and stand directly in front of the piece of cloth so it looks as if she is wearing it. On the side, a laptop will be placed where audience B is able to change the scene and clothes.

This is to depict how the modern society (audience B) is able to control what audience A wears and where she goes.

A projection on three frames, where a normal person on each frame realises how the society views her. So she goes back out-of-frame to change and returns with clothes she feels uncomfortable with but accepted by the society.

This second sketch has a concept of “Looking at yourself in the mirror”. The people in our close environment serve as the ‘mirrors’ that reflect images of ourselves.

2) Social Media (Developed from Miranda Sings)
“The power of social media”
Social media is a place for people to share opinions, stories and thoughts. It connects with people all over the world. It is also an environment that gives users an easy way to spread hate and less on love e.g. bully, gossip, crisis, controversies.

So probably, we can focus on the minority, to encourage people to use social media for the right reasons instead of wrong. We can also use it to our advantage as it gives us the freedom to say what we have to say and be heard.

This is to depict how something so small and fragile (the papers) can be heard and seen by the world. The ‘spotlight’ which social media’s power shines on only highlights the good things and blur out the bad things.

“The perception of an introvert on the outside world”
We might use this concept and is still developing it. Basically, it is about what you think versus what it actually is.

There will be transparent tent in the middle of a room, with blankets and objects that make the audience feel ‘comfortable’ and ‘at ease’. This symbolises her comfort zone.

While being in the tent, the projections outside will display how she thinks the outside world or society will react to her (e.g. a scene at a playground: kids whispering while glancing at her, playing by themselves, crow flying around). These will be accompanied by dark sounds in the background. This depicts how someone sits in her comfort zone and views her perception of the outside world.

When she steps out of the tent, the projections will change to the opposite of the above scene (e.g. the kids smiling and welcoming you to play with them, bird chirping). This depicts how she realises that the outside world is not what she expected previously.

We were mainly inspired by a French artist called Christian Boltanski. Often tinted by the memory of the Holocaust, his installations, sculptures, and assemblages tackle the big questions: mortality, remembrance, and the fragile miracle of human existence. For his latest project, Sombras, he has installed a haunting shadow theatre in the Gothic masterpiece of La Lonja, an old market in Palma de Mallorca. 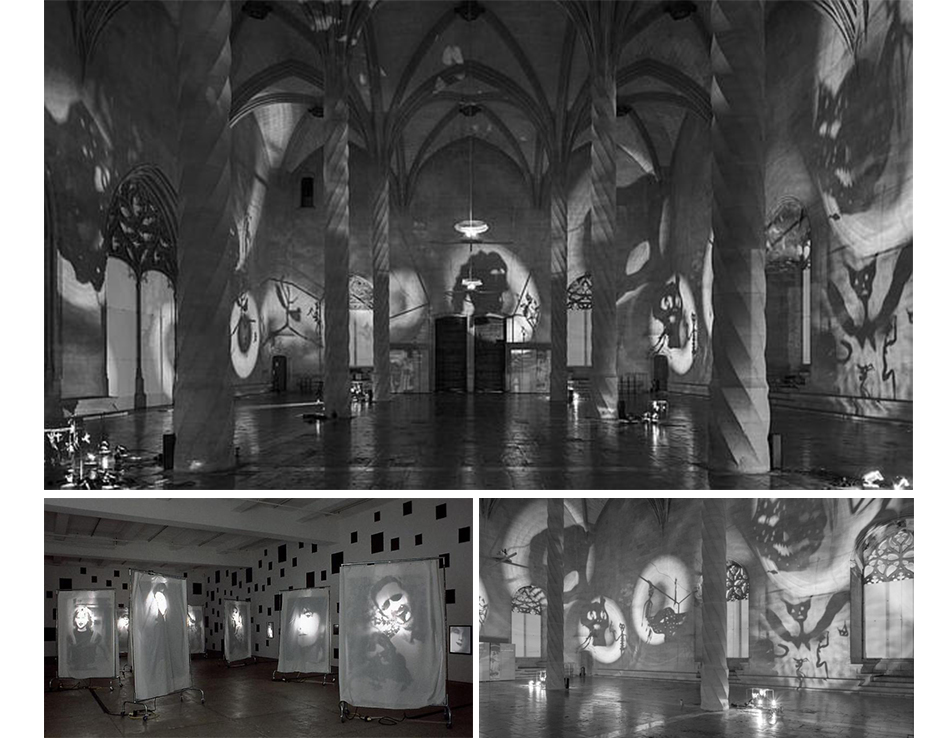 His works with shadows is almost a non-intervention, since they are there without being there. “It’s intangible. So in the installation, there are these ridiculously tiny theatres and gigantic shadows on the wall.” he said.

Another reference we took was a collaboration by Anticlockwise with LEVYdance and Garance Marneur called ‘Comfort Zone’. 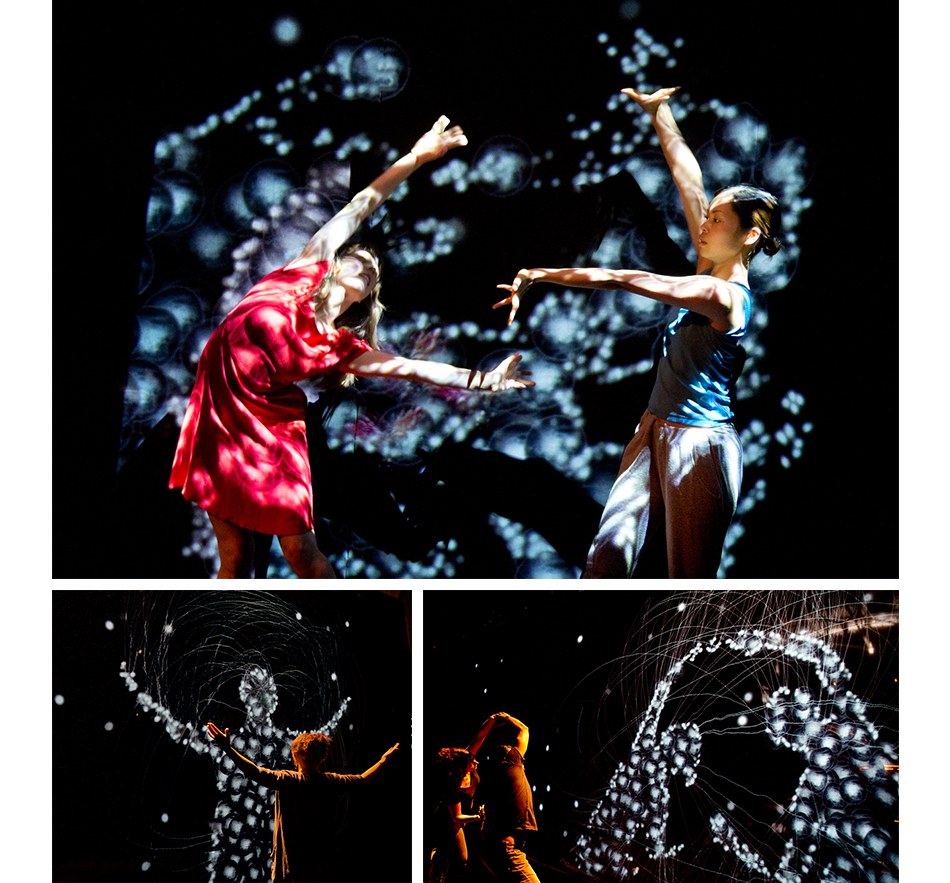 It is an immersive projected environment in which orbs coalesce around your body, creating a virtual, responsive “avatar” that interacts with visitors through mirrored and suggested movement, encouraging you to investigate choice in social situations. This uplifting shadow play experience utilizes energetic particle animations and collaborative group dances across eight scenes in ten minutes.