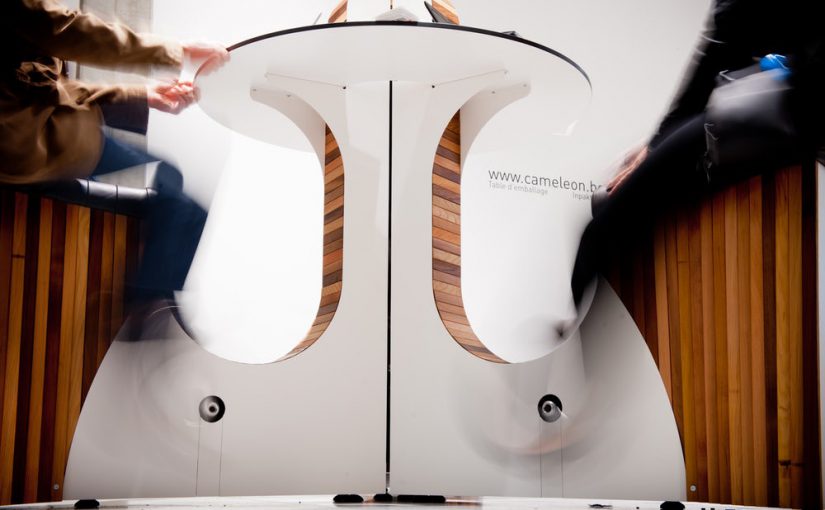 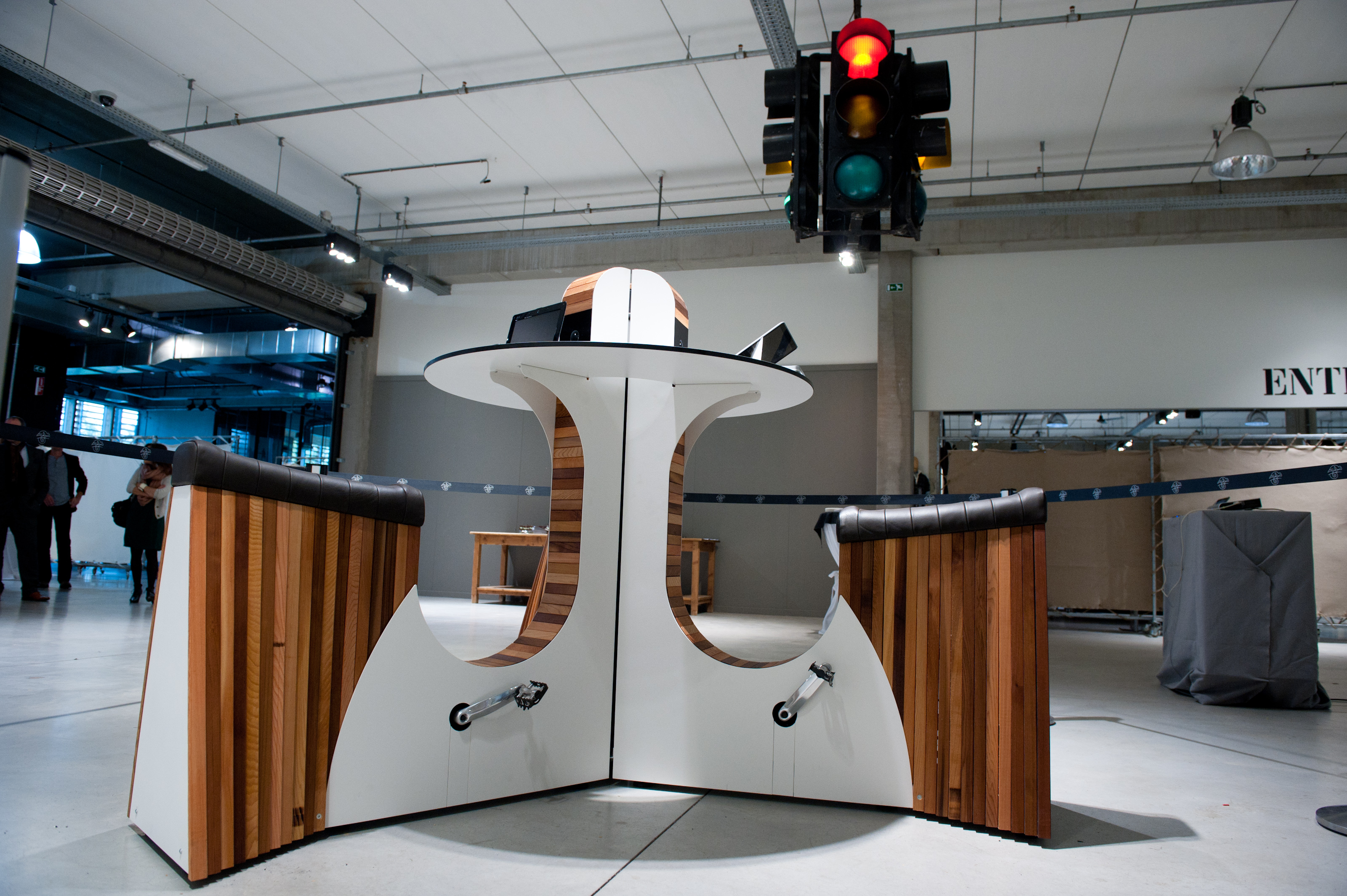 Initially a cycling desk for Flemish government minister Patricia Ceysens to work out even with her busy schedule, the concept was turned into an electronic charging station in multiple public spaces such as airports, railway stations, universities and shopping malls. A three-seated stationary bike, WeBike allows users to charge up their devices by generating power through pedalling.

A kiosk consists of a circular table in the middle with three seats positioned around it. Each seat has a set of pedals to convert human pedal power in electricity to charge up their devices while using the desk. WeBike not only helps users to power up their gadgets, it also fit in some exercise. The average user can crank out 100 watts without sweating, more than enough to power a smartphone or LED lamp. 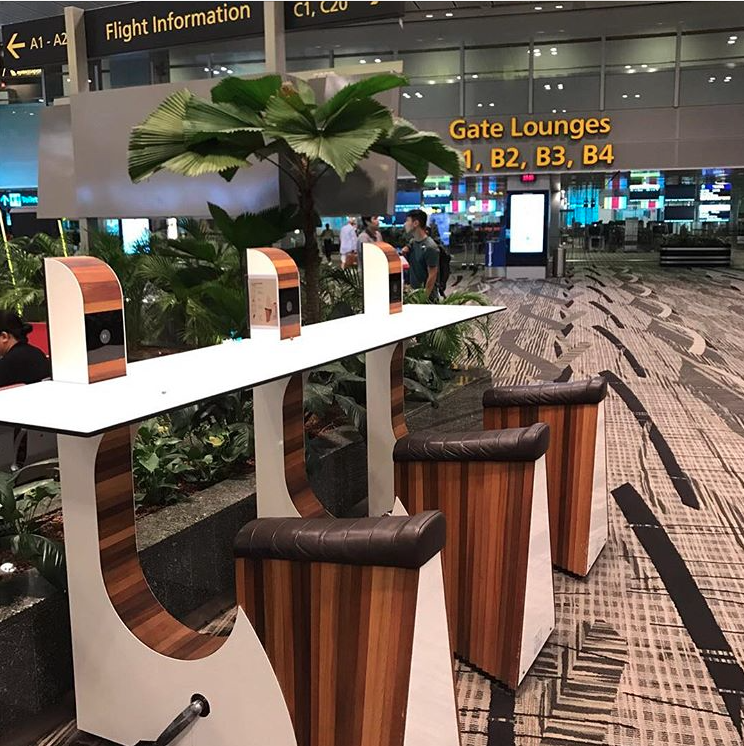 The Pros
Passengers or public audience from over the world will have the opportunity to enjoy and engage with the bike as they generate their own healthy energy to charge their devices. If people realized that they can generate their own electricity, they might get inspired to start becoming self-sufficient by producing electricity for themselves.

As the kiosk is created in threes, strangers sitting next to each other might interact with one another as they pedal this unusual desk together in a public place.

The Cons
This trend of pedal-based charging stations might die out after some time. People might get tired of it and decided to simply plug in their devices to any sockets they can find. In this fast-paced world, everyone wants to get things done as quickly as possible. They are always on-the-go, resulting in the creation of portable chargers.

An Alternative Application
So far, WeBikes were installed in public places as an amenity. How about creating a compact version for private spaces such as offices and homes? A tracker can be added onto the desk where the programme is able to track user’s average usage of the WeBike. This helps them to monitor how much they have exercised each day.

Another way to utilise the WeBike is by creating a digital game on the desk (which serves as the ‘board’) so players have to continue pedalling to keep the game powered up. This challenges not only their multi-tasking skill but also their concentration skills.