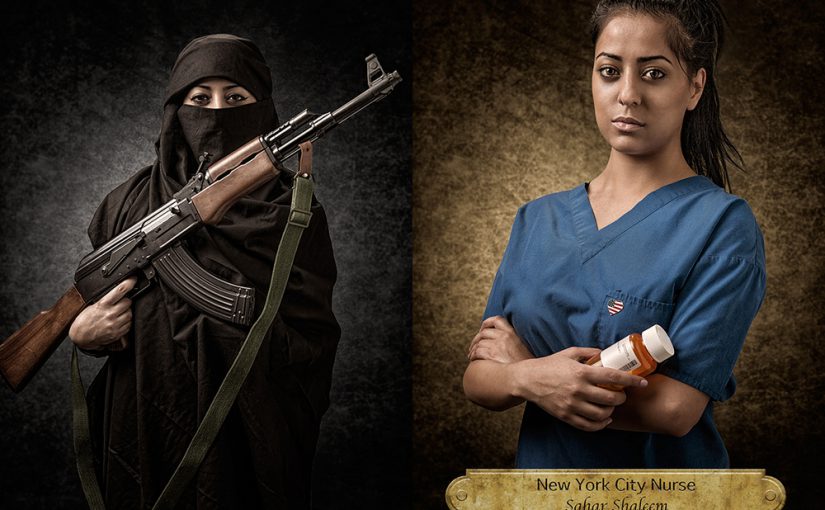 From last week’s consultation with Kristy, she had encouraged me to think more about the usage of a mirror as a metaphor. What can be seen in the mirror since the function of it is to “reflect” whatever is in front of it.

Referenced Work
The first thing that came up into my mind is to reflect the two sides of a person; one side is when the person is in his comfort zone while the other side is when he/she is being stereotyped by the society. I encountered the following concept done by Dallas-based photographer, Joel Parés. He challenges the most common prejudices with a straight-forward photo project called “Judging America.”

The project first shows a GIF animation of every one of his subjects, presented as common prejudices against their race, ethnicity, sexual orientation, profession, or marital status. Then, the GIFs will slowly reveal how the people look in reality, displaying a great contrast with their prejudice-inspired images.

“The purpose of this series is to open our eyes and make us think twice before judging someone, because we all judge even if we try not to. The first image is not necessarily what you actually see, but it is what you categorize them in your head without knowing who they truly are. The second image explains the truth about the person and how incorrect they were judged initially.” – Joel Parés

Concept
By using the concept of a mirror, I would like to play with the idea of reflecting what you assume a particular person in your head and what the person truly is in reality through the mirror. At the same time, I would like my audience to be aware and self-reflect on themselves as they stereotype other people.