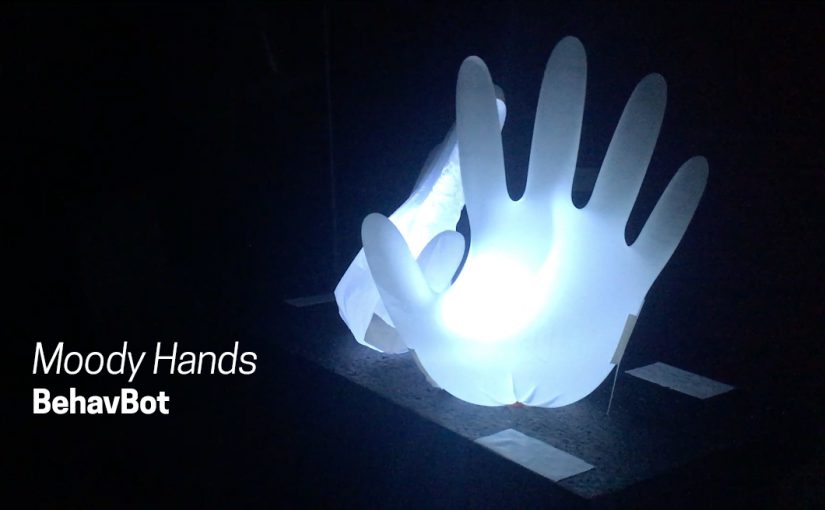 The Idea
For this project, I would like to explore the pulling mechanism of the robot as it might be useful for my final semester project. Using existing materials, I decided to create two moods from latex gloves using servo motors and LED lights. 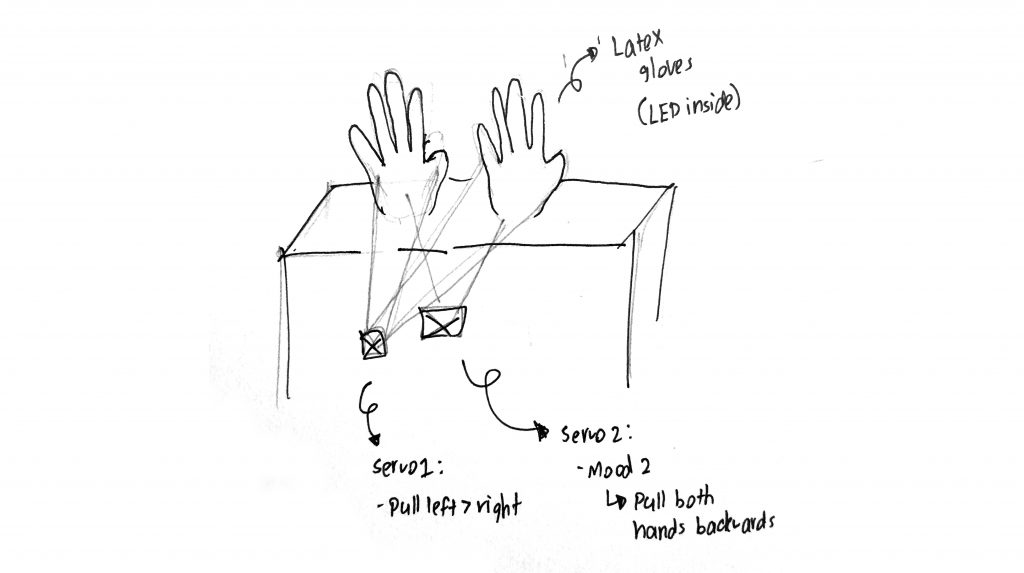 Mechanism Prototype
First, I had to test out the space and length of thread that I had to use to get the movement. Initially, I used a fishing line but it turned out to be too stiff and slippery that the knot attached to the servo kept coming loose. Hence, it was replaced with a normal sewing thread. 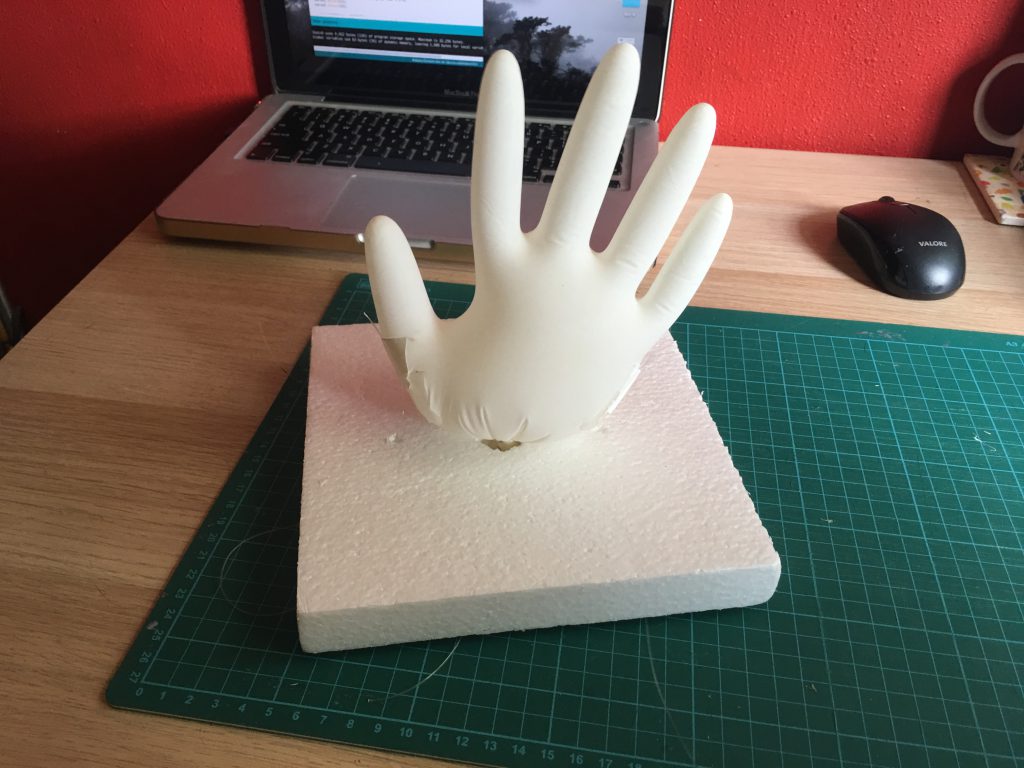 The air in the latex glove lasted longer here because the opening was twisted very tightly in comparison to the actual prototype where I had to insert several wires into the glove. Thus, the gloves kept running out of air so I had to replace them several times (very frustrating!).

Final Prototype
For the final one, I decided to build a box to hide the electronics and to pull the strings to the left and right. It was a bit challenging because I had forgotten to put into consideration the wires that will restrict and effect the space around the threads. 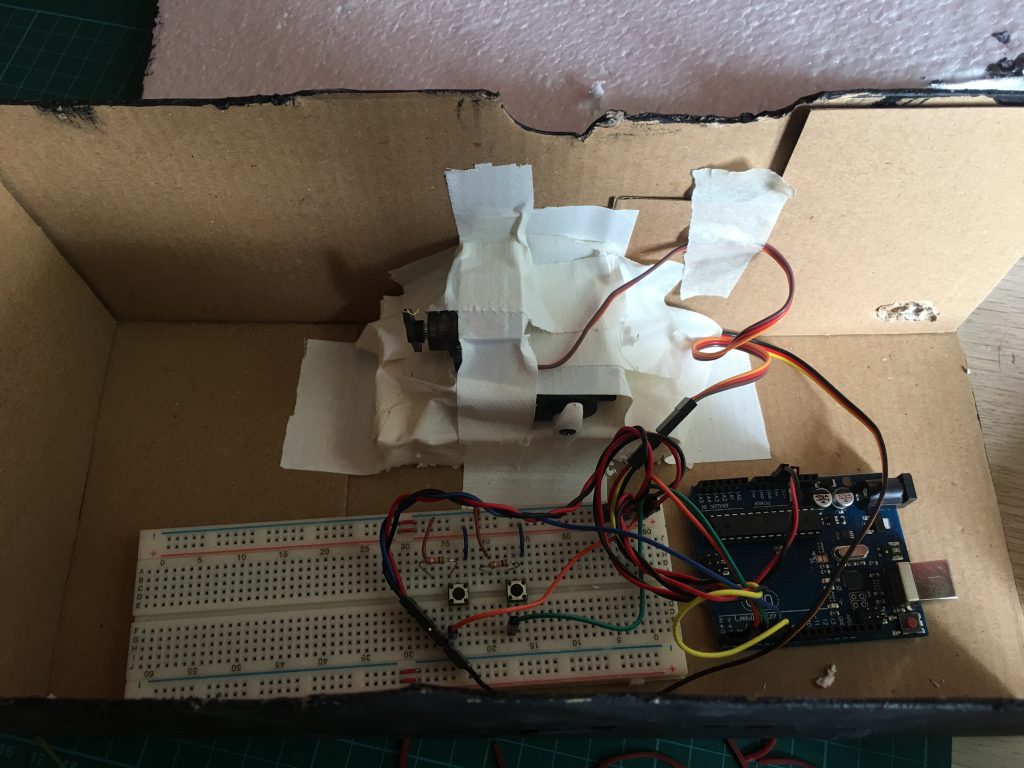 I also overlooked the rounded base of the gloves that made it difficult for the second servo to pull the gloves downwards. Thus, I only managed to get a slight pull for this section. 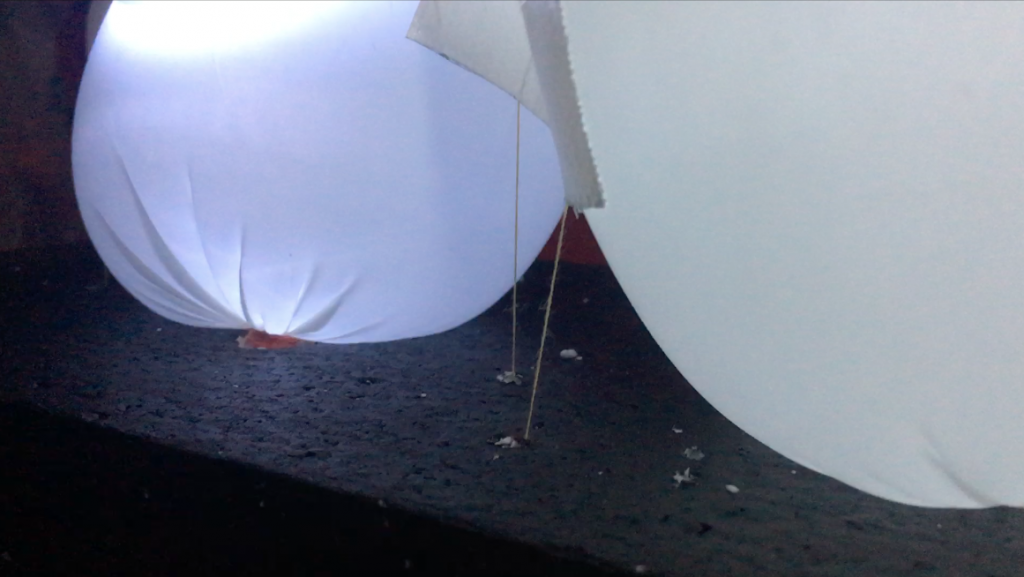 The Code
The Arduino coding was pretty simple as I only had to trigger buttons for the servos and LEDs to loop accordingly. 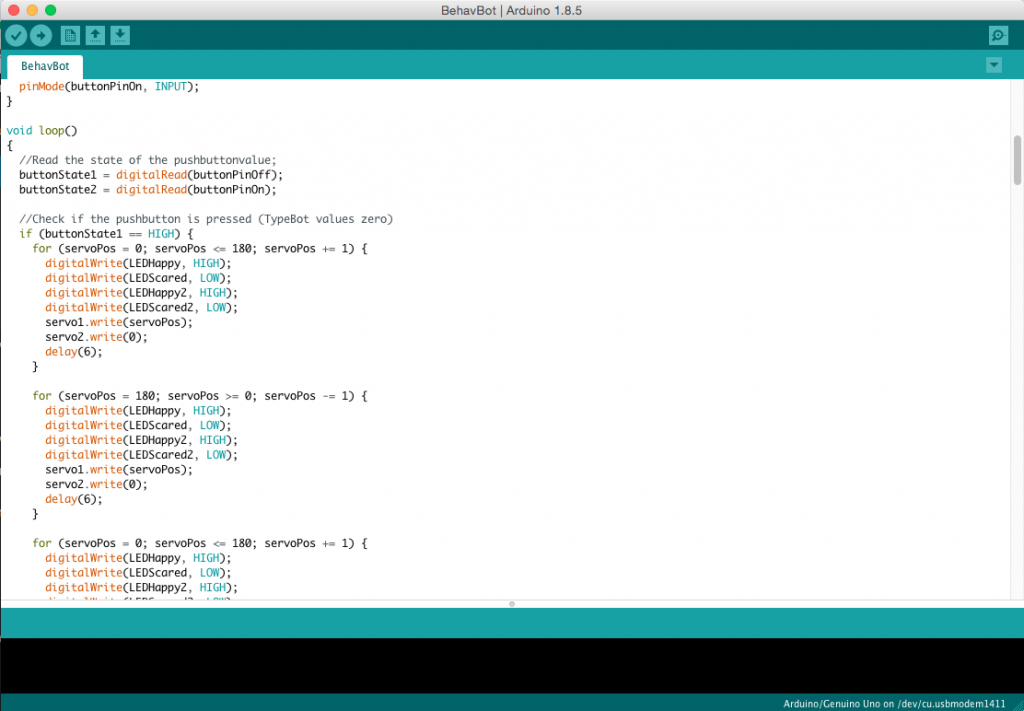