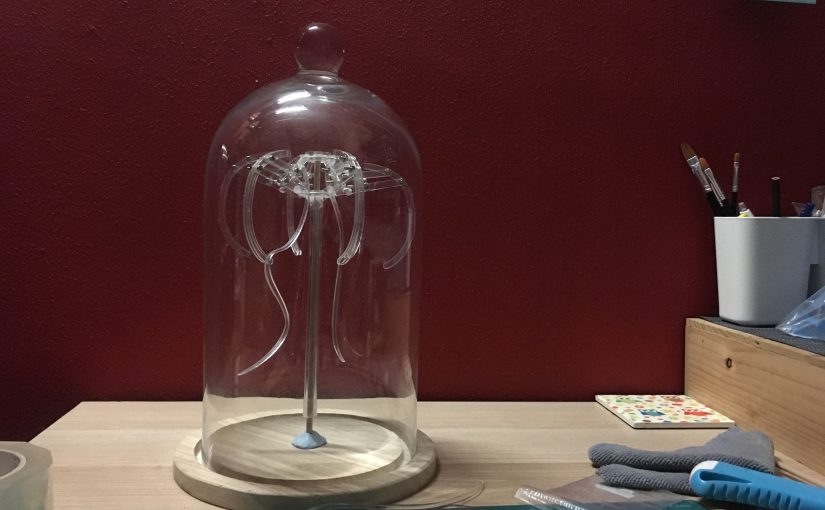 I also sketched out the final structure of Jellica and its mechanism.

Laser-Cutting Session 2
I decided to have another round of laser-cutting to improvise the arms and have some parts of the linear mechanism for me to play around with. 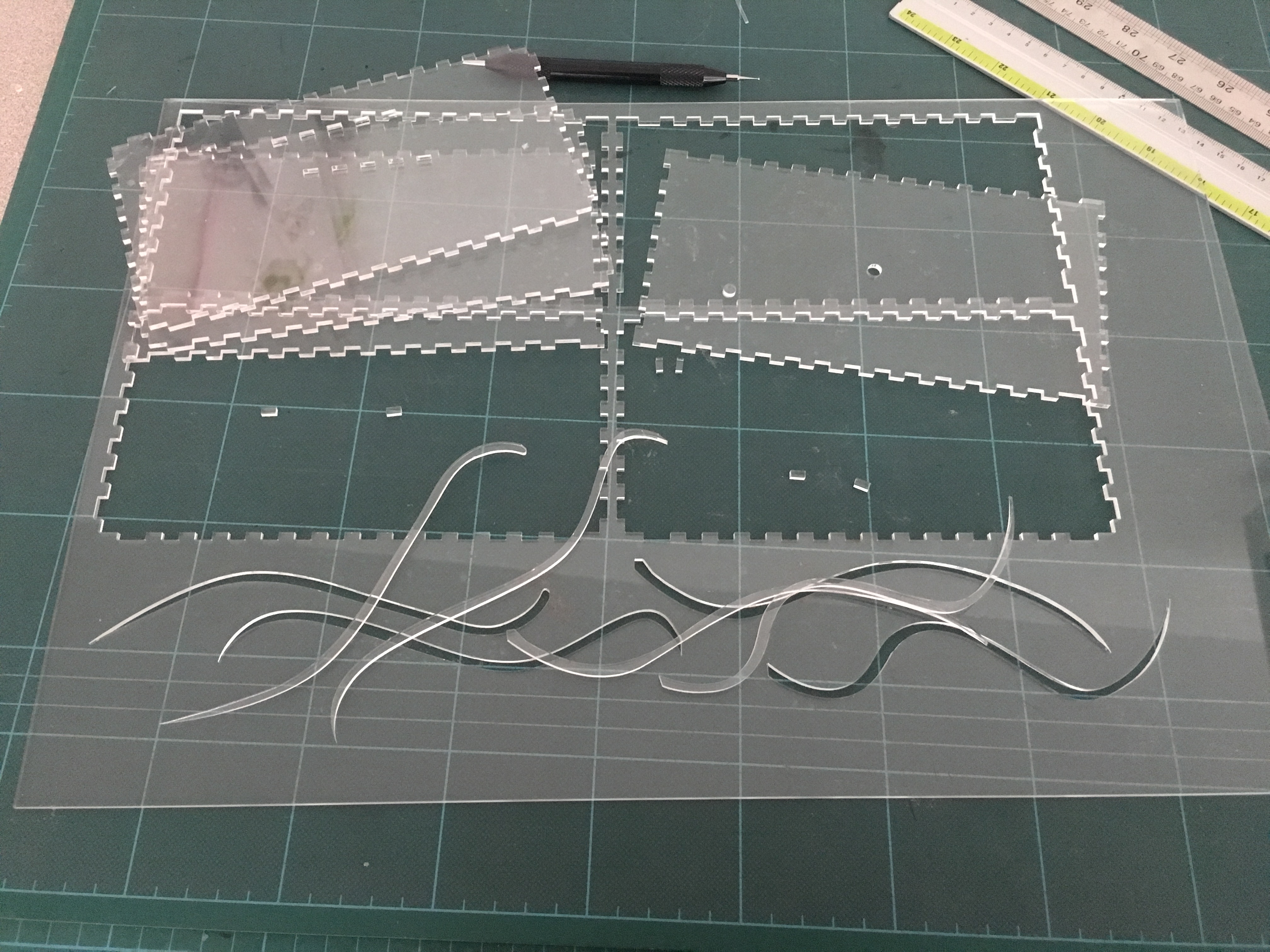 After assembling all six arms together, I was quite satisfied with how the overall Jellica looks. The discs slotted through the central pole were quite fitting as well. 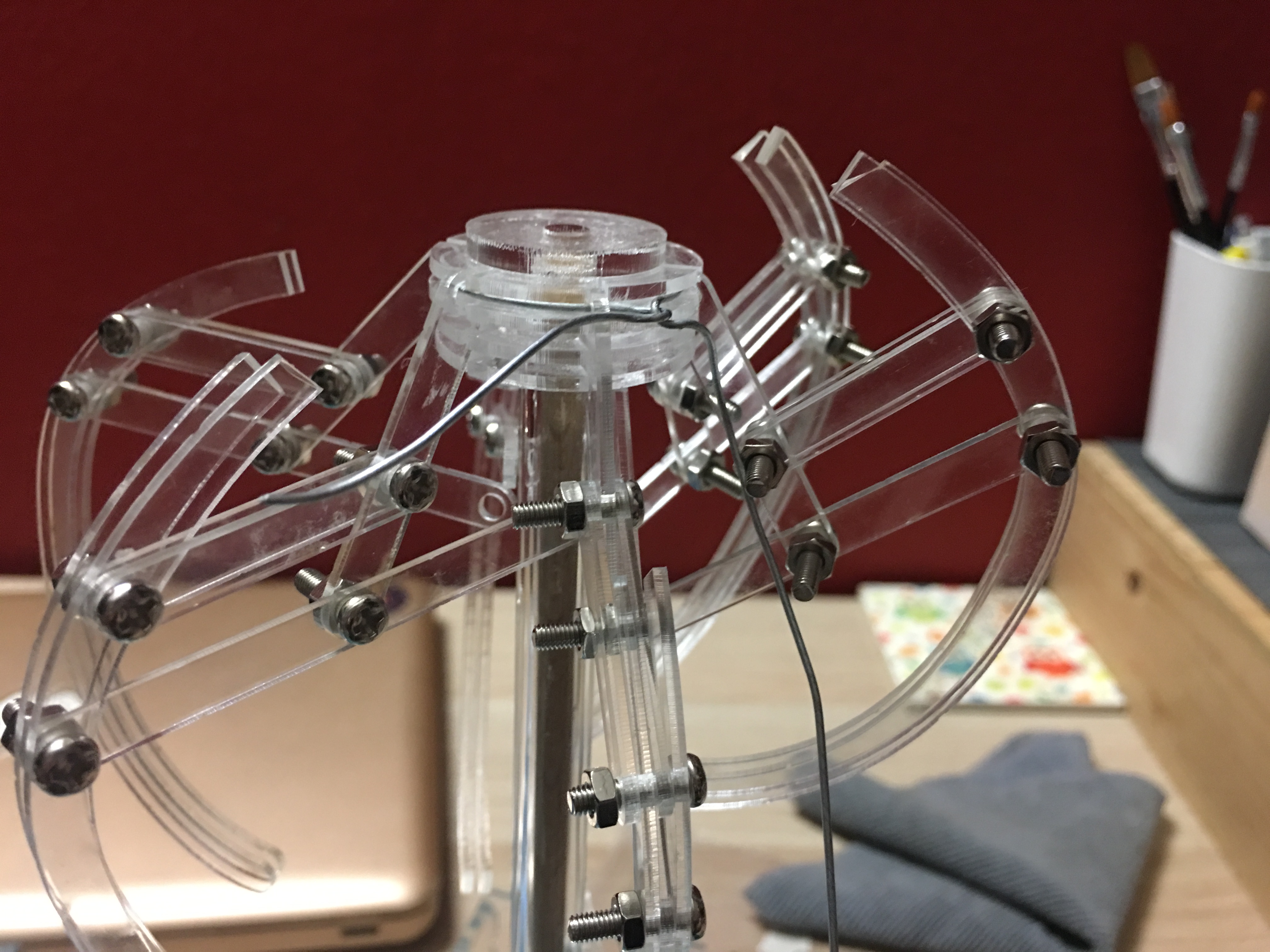 Manual Movement
Initially, I had thought the whole weight of the structure was quite heavy for a single pole to hold but when I tried to use a small bluetack, it could balance pretty well. However, the arms were slightly tight, probably because of the bolt and nut. 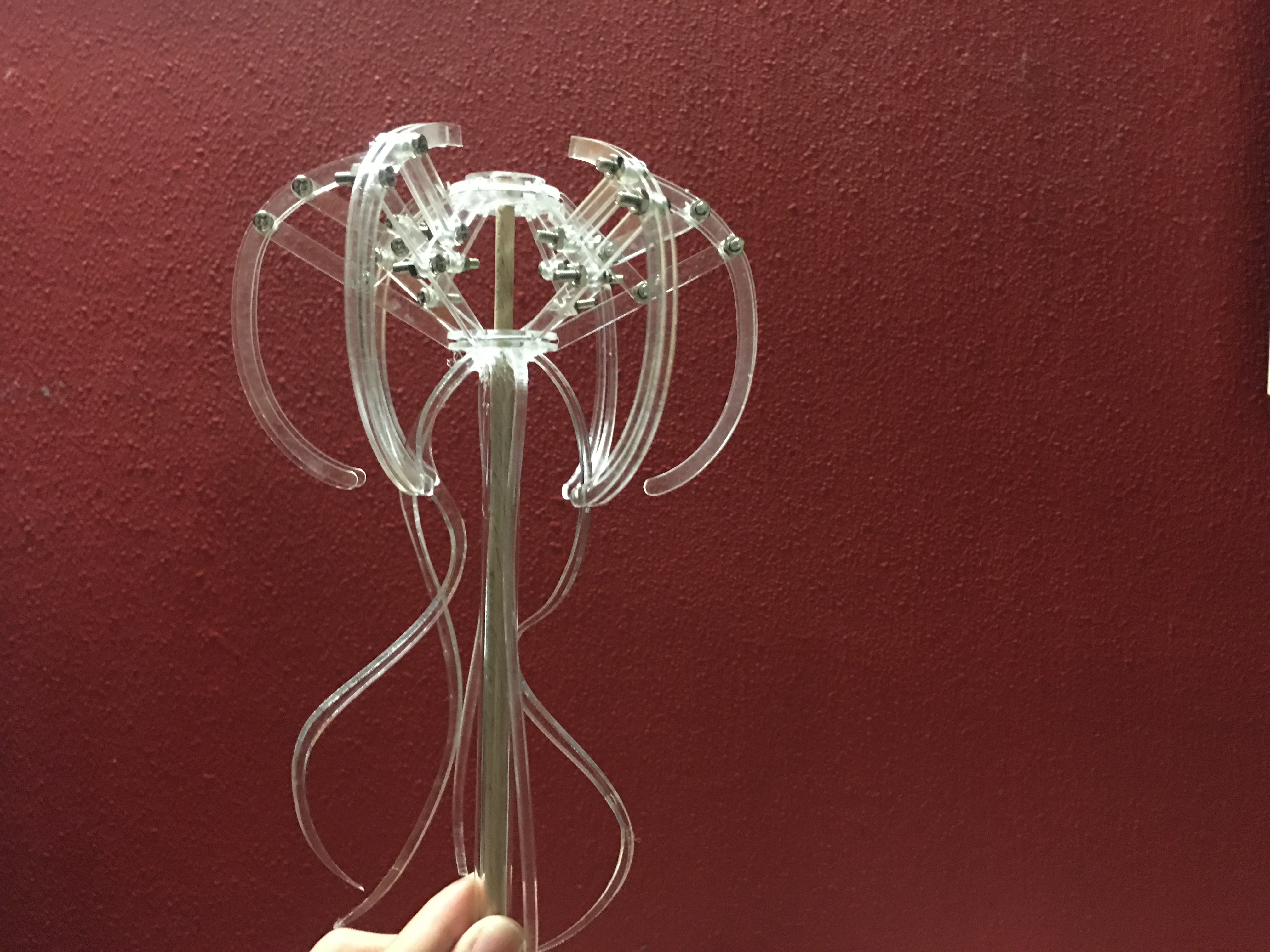 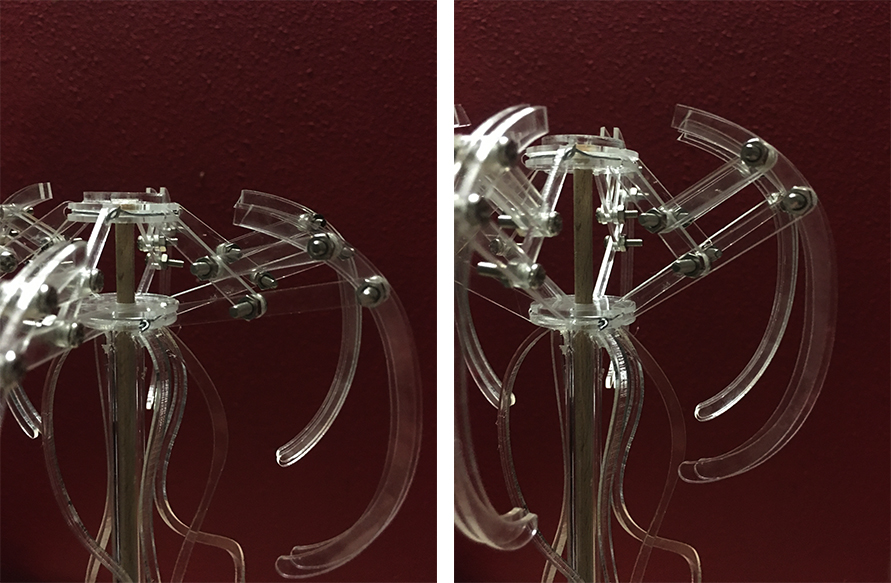