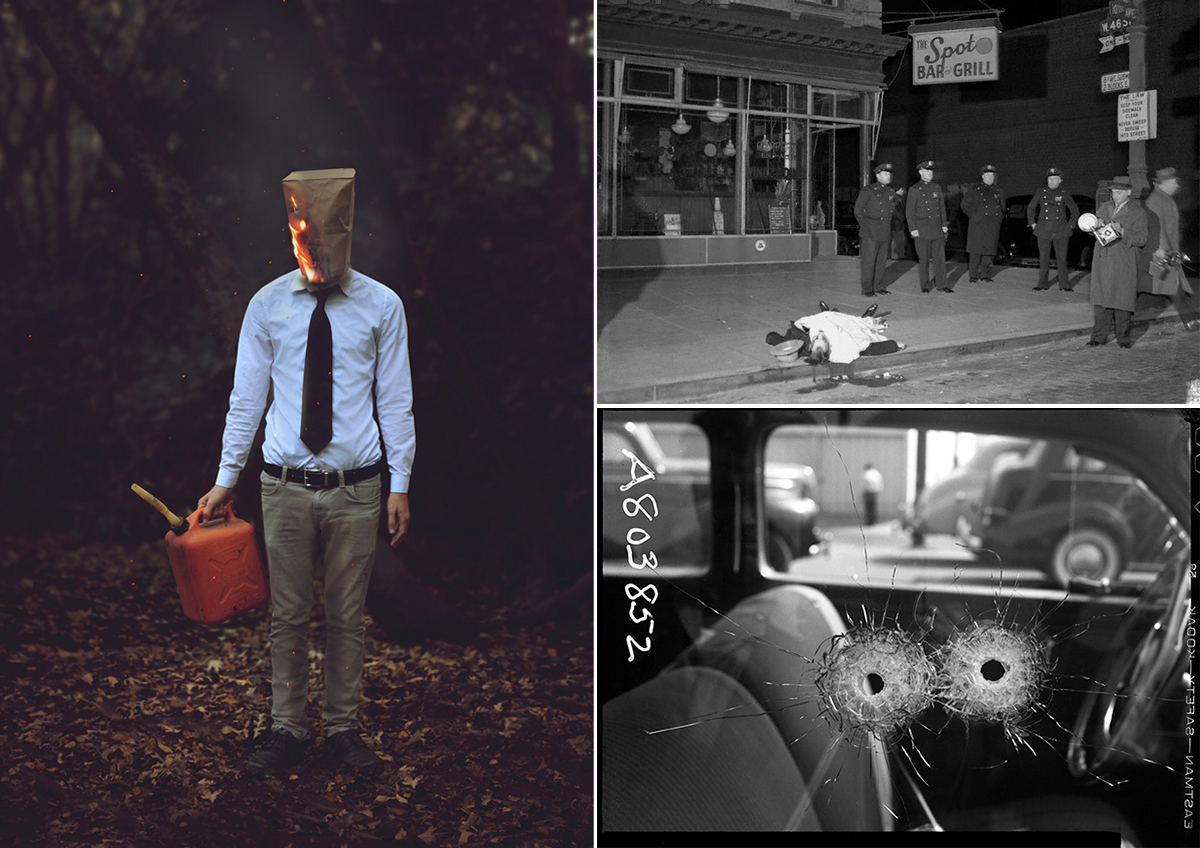 For this project, I was mainly inspired by a forensic photographer called Arthur Fellig, also known as “Weegee”. Since he was active during the 1930s, his photographs were in black and white and had a seedy/grainy texture.

However, what set him apart from the other photographers was that he had an eerie ability to arrive at the scene before the police. He would capture the moments where officers were digesting evidence and onlookers were trying to peek through. I felt that his audience were not only fixated on the tragic but the very human qualities too, like raising questions ‘What is the police chief thinking?’ or ‘What is the eye witness feeling?’.

We became part of the drama. I noticed how he kept focused on people or objects rather than the events itself. His photographs raised questions in our heads as he only left us with ‘clues’ to what had happened earlier.

Another photographer that I was inspired by was Kyle Thompson. He has a signature style of creating surreal conceptual photography. I liked how he carefully selected out his props to effectively produce the overall ‘mood’.

I noticed how there was good contrast between the background and props, further creating emphasis. One of his ways was using wide space. For example in the right image below, he showed how the legs are buried in a vast and open area. The empty space also directed out eyes straight to the legs.

Another thing that I took note of was how he created a sense of dominance and depth which resulted in focal points that attracted the audience’s eyes. He applied the one-third rule and even cropped the body out to show gestures or emotions.

The concept of Emptiness. Kyle’s images usually featured one person alone in an open space, environment or surrounding. As quoted by him, “a beauty in their simplicity”.

For this artist, I was only inspired by how he created his compositions especially the use of perspective that leads audience to the focal point.

Julien has a signature style of producing fictional spaces with “retro” visuals. He also implemented geometric shapes to create playful scenes and environment. I liked the quirky use of background and foreground to form balance and unity.

The sense of dominance in his images were from the size, depth, colour and texture. He effectively applied empty spaces to control the overwhelming visuals.