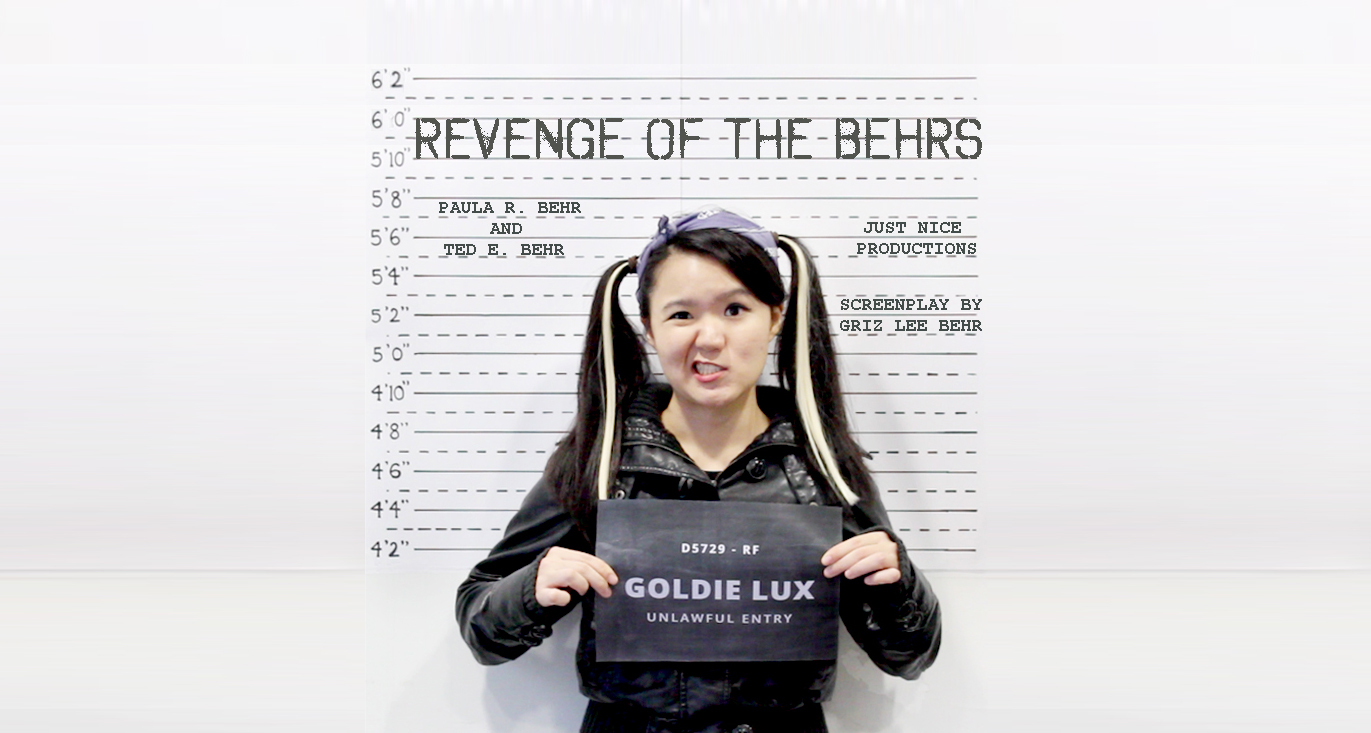 Artistic Statement
Our modern spin on the tale Goldilocks is a social commentary on the juvenile behaviour of youth in today’s society. The media and popular culture often portrays their characters in a distorted way. Stealing and dishonest acts are glorified and deemed as “badass”.

The original Goldilocks has done the same thing as Goldilocks escapes the consequences of trespassing. Our work tries to depict a more realistic version of how the tale would unravel  in real life (especially relevant in a morally upright country like Singapore)

Plot
The main protagonist Goldie Lux is recruited as an undercover spy on a mission to steal the secret recipe from the leading porridge company “Behr”. She enlists the help of her hacker friend Kim to help her gain access to the company building. However, she does not get too far in retrieving the recipe as she is seen and caught by the company CEOs.