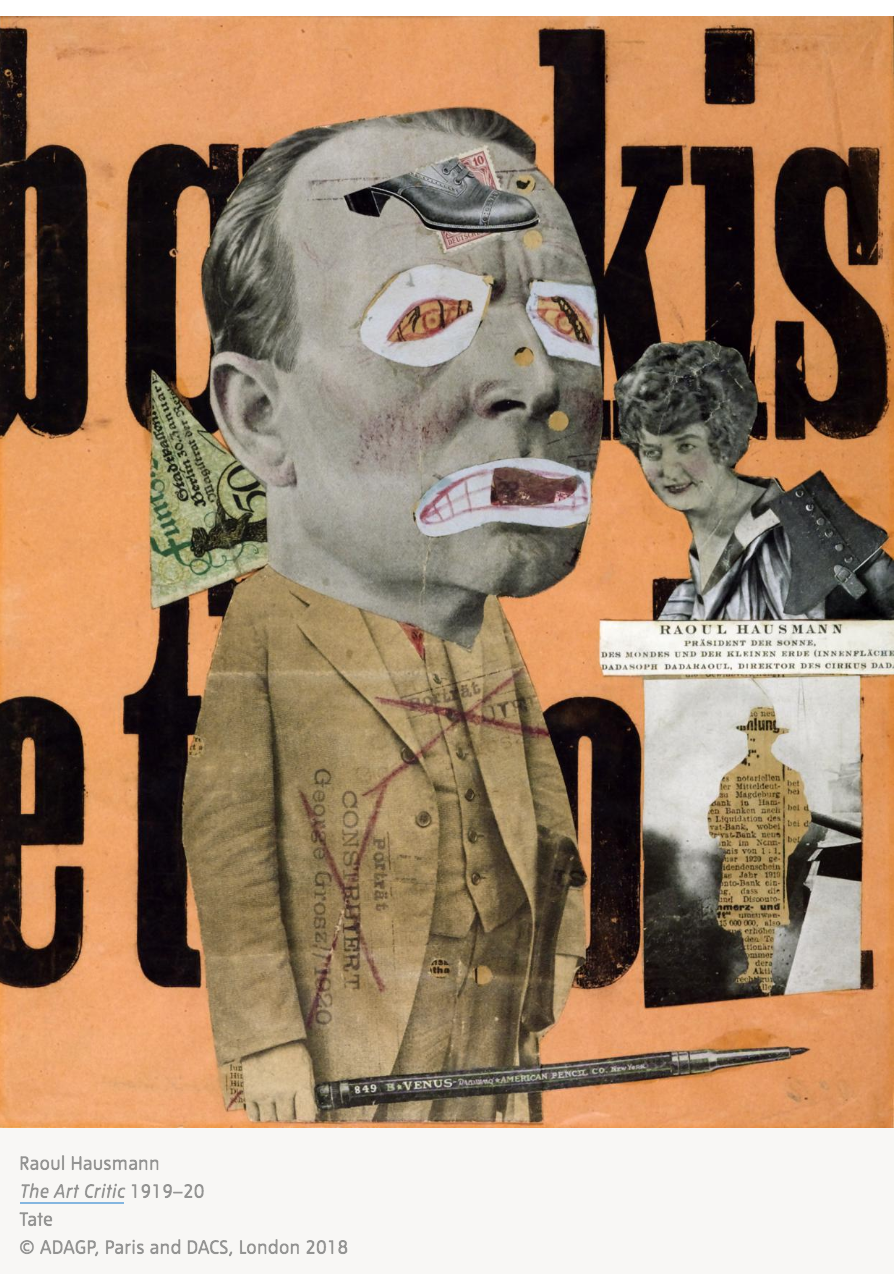 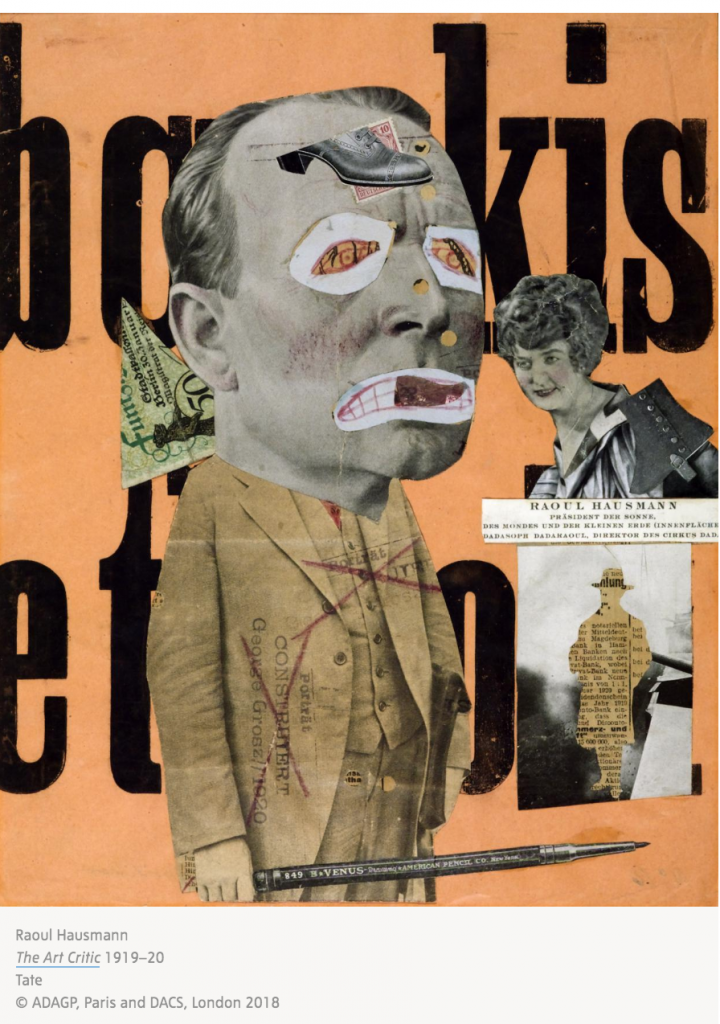 This collaged art stood out strongly as I have always found surrealistic art to be visually intriguing and highly abstracted. This is one huge contributing factor that made me pick this piece. Hausmann, the artist, expressed his disapproving views through a photomontage which strongly reflected the properties of DADA movement.

Unorganized forms of photographs and prints were positioned in a perceptibly chaotic fashion successfully expressed his attempt to challenge the idea of what “Fine Art” means. It was said that Hausmann supported “new and different forms of art” and he “did not like the bias of critics toward the traditional styles”.

With an aim to prove that the socially and culturally accepted forms of art aren’t the only style artists should be susceptible to, he advocates the idea of a “non-conformist” through the use of this photomontage. The idea behind his oddly clashing colours used in the background clearly enhanced his point.

Also, the physically disproportionate being with an oversize head undermined the common perception of human anatomy. The entirety of this piece wholesomely reflected the extremely satirical and nonsensical aspect of DADA movement. Decoding a DADA art piece allow users to put themselves into the artist’s shoe and think – regardless if it is on subject matter or symbols. These are used to create meaning in their work. DADA ROCKS. THE AMBIGUITY IS LOVED.