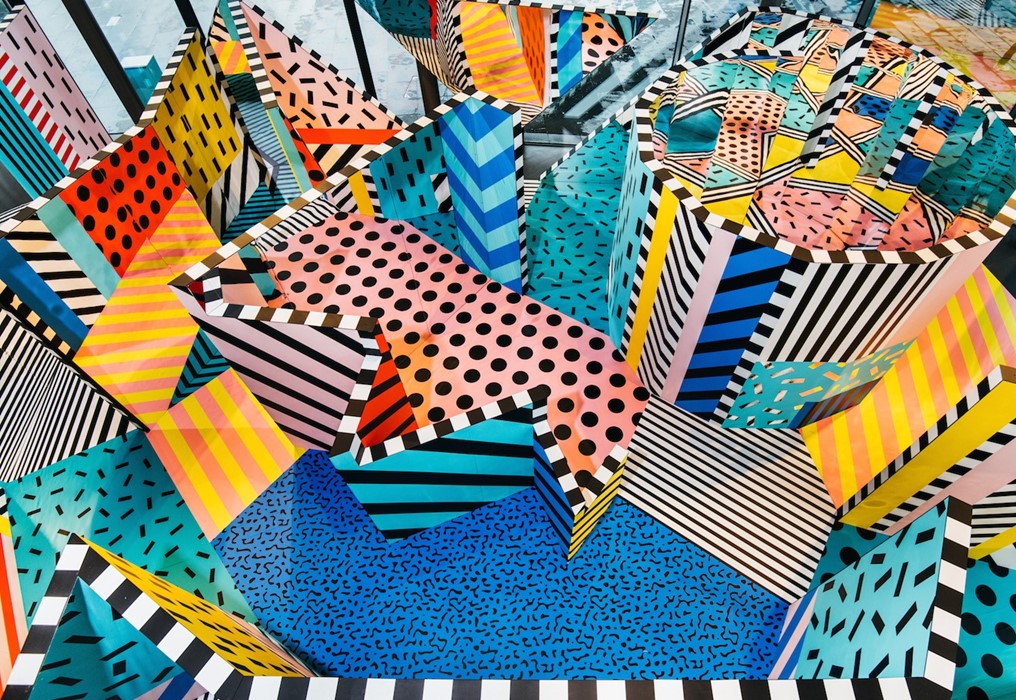 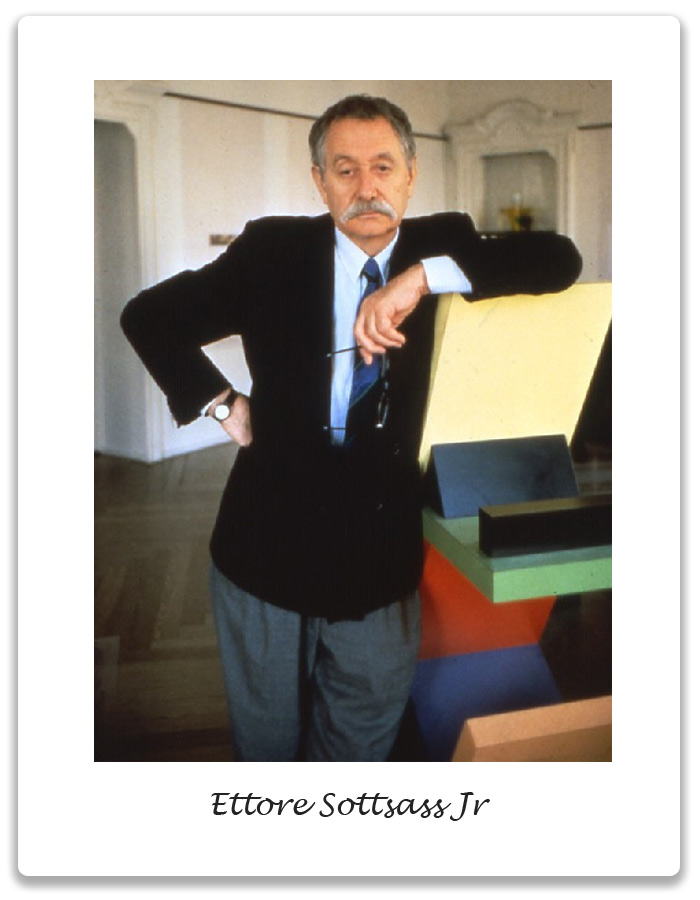 “I try and be as stupid as possible regarding my profession, which means I try to look at as few design magazines as possible.” is an iconic quote mentioned by the godfather of Memphis art movement – Ettore Sottsass.

Created in the 1980s by the Memphis group, the movement was strangely named after a song by Bob Dylan on one of their collaborative meetings. During its initial release, the “radical, funny and outrageousness” [1] of the art style was despised by the masses. The original intention of Memphis, though, was never about conforming to the societal standard of what “beauty” means – It essentially disregarded what was considered as “good taste” at that era. Inspired from art styles such as Pop Art and Art Deco, the influence is apparent in terms of the usage of vibrant colours and patterns, and the heavy rotation on geometric shapes that shapes its primary aesthetic. These characteristics are significant aspects that make up these movements.

Example of a Memphis’ Icon 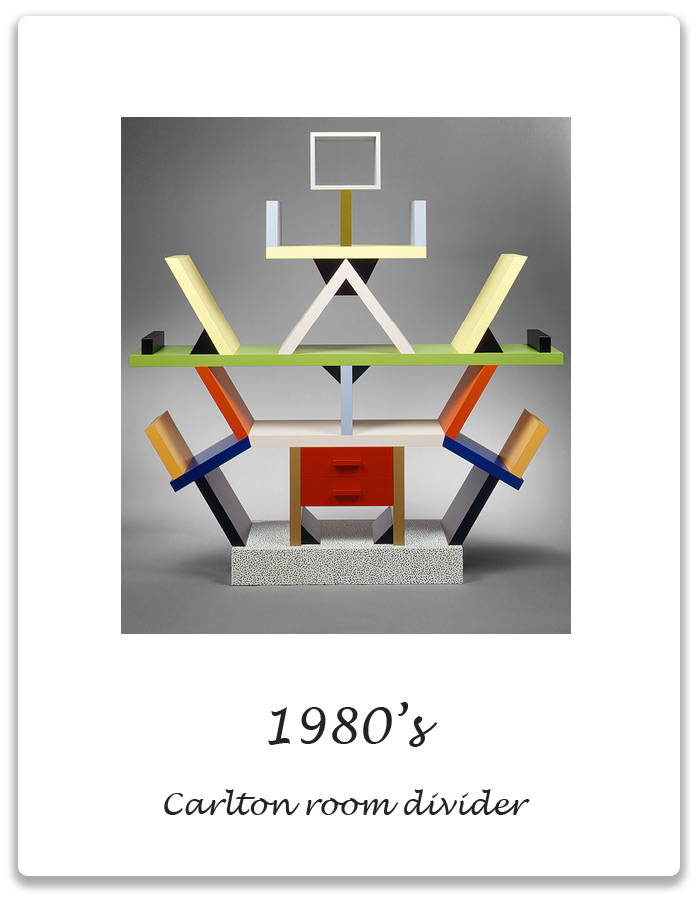 Sottsass (1917 – 2007) once said, “I believe sensoriality is the most primitive, the most immediate thing. If I want to rethread hypothetical origins, I must concern myself with the senses.” – It is a reflection of his perspective on the importance of engagement with our 5 senses and the object.

The term ‘sensoriality’ is evidently emulated in many of his works such as the exemplary Carlton Room Divider. The use of vivid colours enticed the visuals unlike the conventional furniture is seen in the market. Despite the avant-garde appearance, the 1.5m tall bookshelf has an underlying “logical structural system that has an implied equilateral triangle.” [2] The idea of play and experimentation comes into mind when one looks at the iconic, yet monumental spinoff.

One sure fire way to identify a Memphis artwork include the use of bold colours, haphazard presentation of geometric forms and the use of plastic laminate as material. Designs are usually seen to be accompanied by a flat, vectorised layout with plenty of use of strokes and squiggly lines. These elements can be used as a sense of direction for the human eyes. In graphic/web design where typography is the concern, blocky sans serifs are often the go-to choice for designers looking for a Memphis style.

Generally, colours like yellow, orange, magenta and teal are the more prominent choices reflected in these artworks. Colours are strategically used to evoke and provoke strong emotions, thus encouraging intercommunication and engagement. These are what subjected the group to derision. Being the epitome of quirkiness and un-conventionalism, most people find the style to be of an acquired taste. [3] 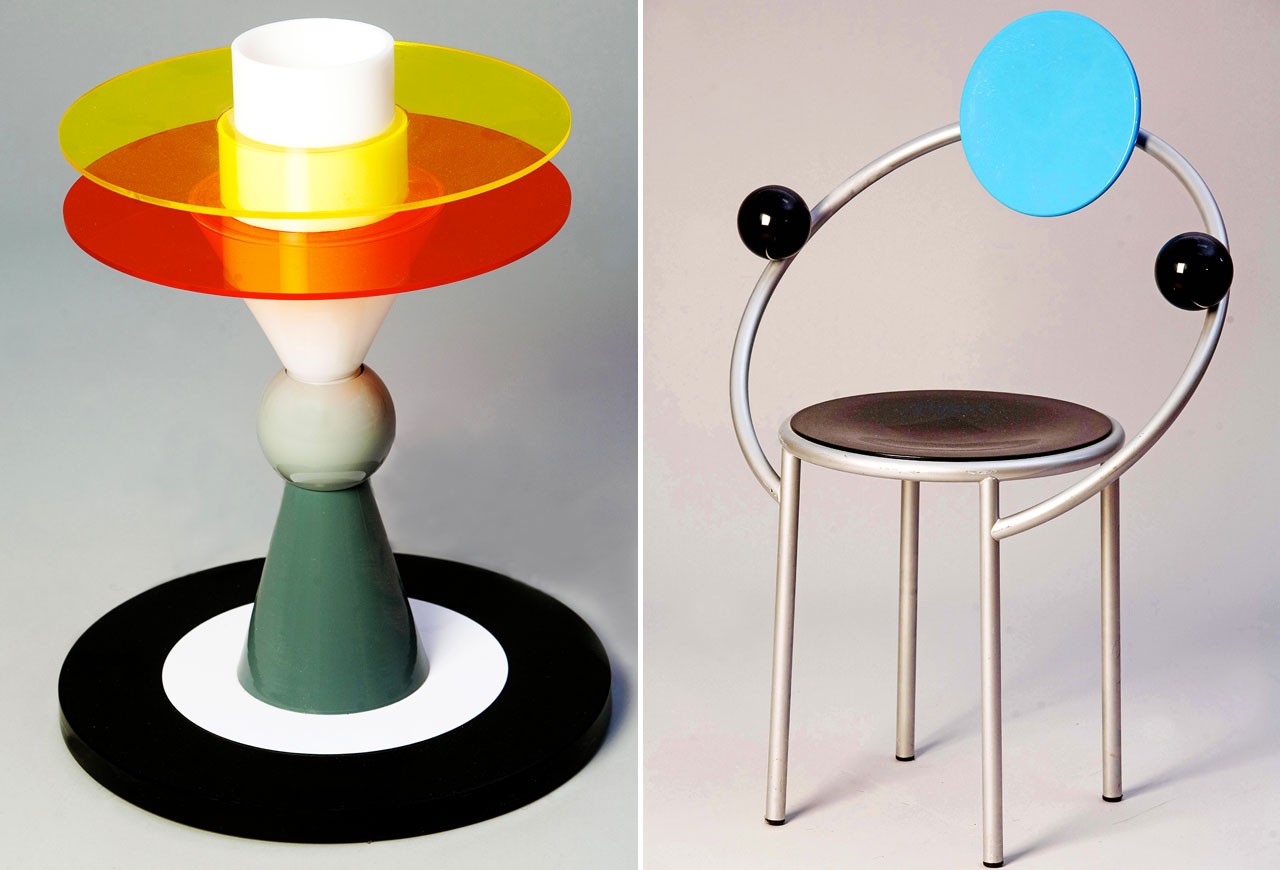 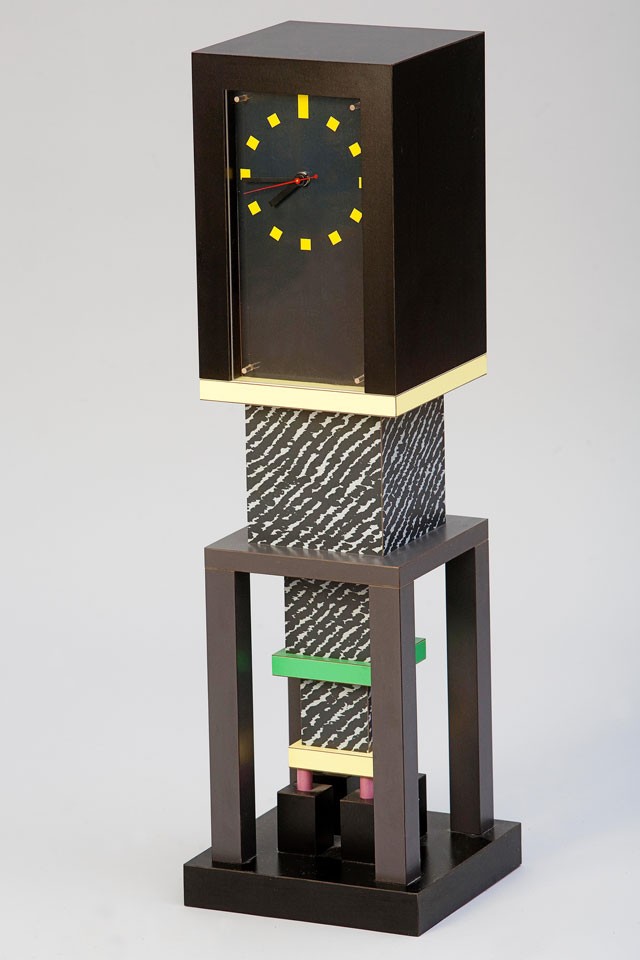 Memphis was created as “a form of reaction against the slick, black humourless design of the 1970’s where minimalism was largely practised in commercialised products.” [4] The group thought all of that sleekness was lacking in personality and individualism. To counter that, the designers were inspired to come up with bright, appalling works as a form of a unique selling point when it comes to marketing and consumerism.

When the Memphis movement spread to Milan, anti-modernist ideals started to form. To tackle the genesis of “soulless designs” deemed as the Bauhaus movement, the spontaneous designer hoped to construct exciting and lively design. With an aim to “reinvigorate the radical design movement”, the rule of “form follows function” was considered to be cookie-cut and conventional. The principles of Memphis embody the “irreverence, idealism and risk-taking of postmodernism, as well as the garishness of the decade it ushered in.” [5]

As opposed to Bauhaus’ rigidness, the free-spiritedness of this art movement is peculiarly apparent in the working style of The Memphis Group. It was said that the group was severely drunk when they were deciding on a name for the art movement. The word “Memphis” was playing on repeat in the background music and that was it!

As quoted: “’My brain is filled with holes,” Sottsass says, ‘‘and I was very drunk at the time, but I can tell you that the name for Memphis definitely came from the Bob Dylan song. The record was scratched, and everybody was so drunk that nobody could change it…” [6] Memphis as art movement echoes brilliantly in the history of art. Though it was consistently inconsistent with the up keeping of trend, let us not leave out the fact that it has impacted more than just the fashion industry but the furniture design realm. The unprecedented ethos of Memphis took the world by storm.

On Postmodernism as a whole

Through the use of impudence and the attempt to ridicule the “established values”, Memphis challenged the constraints in furniture design that was seen as intolerable. Strange groundbreaking ways were established in hopes to “reinvent an approach to design by rethinking its basic elements: material, surface, colour and shape.” [7] Conventional materials were used but in an indefinite unexplored manner. They have successfully married the term unorthodox with beauty.

Postmodernism preaches on the equality of all things. It is a reaction to the “assumed certainty of scientific, or objective, efforts to explain reality.” [8] Postmodernism lacked challenges the dominant assumptions of things and place them under the scrutiny of scepticism. One example will be Andy Warhol’s Marilyn Monroe series (1967). Upon her passing, the postmodernist artist created 10 screen print portfolios of her. The format of art a reflection of the commercialization of culture and the transformation of Marilyn Monroe into a mass-produced symbol. [9] The meaning behind 10 seemingly simple collage hides the abstract yet the complex mind of Warhol.

On the choice of repetitions, Warhol said, “The more you look at the same exact thing, the more the meaning goes away, and the better and emptier you feel.” [10] This mirrors the ideals of Postmodernism that it is more than what it seems – often a reaction against a social clause. 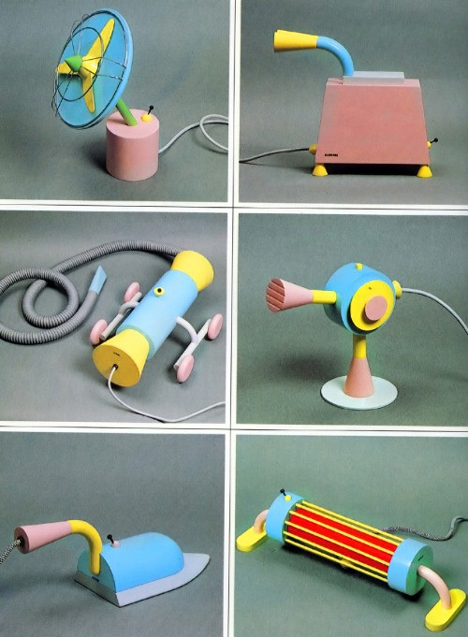 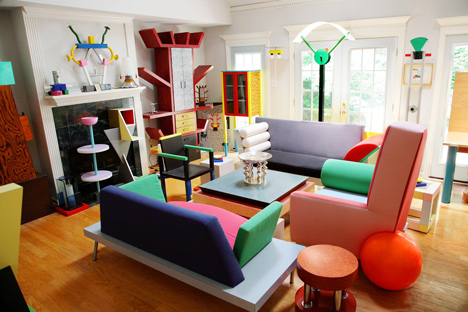 A room containing part of a private collection of Memphis design assembled by photographer Dennis Zanone, in Memphis, Tenessee [15] 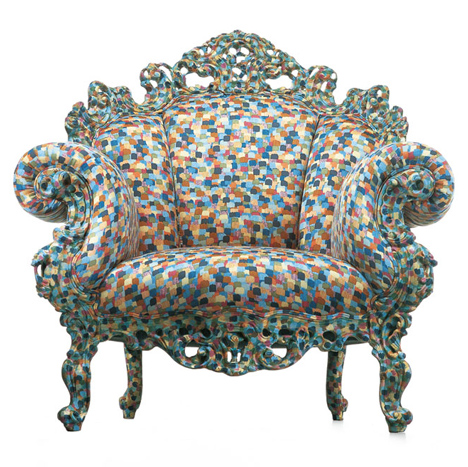 The Proust chair by Alessandro Mendini, 1978, pre-empted a wave of Postmodern design. Image courtesy of Cappellini [15] 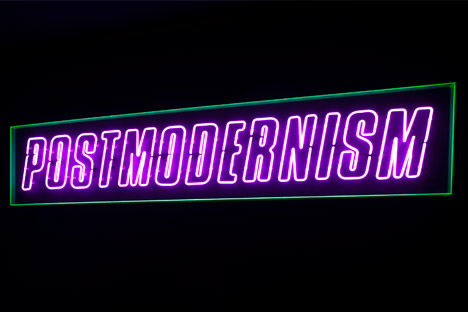 In essence, Postmodernism goes against all views of Modernism. Science is the paradigm of all true knowledge? Nope. Modernism worshipped idealism and reason, they too championed clarity and simplicity. [11] The artists from Modernism examined various outlets to do with form, process and technique rather than putting emphasis on subjects. As opposed to that, “postmodernism questioned the notion that there are universal certainties or truths.” [12] 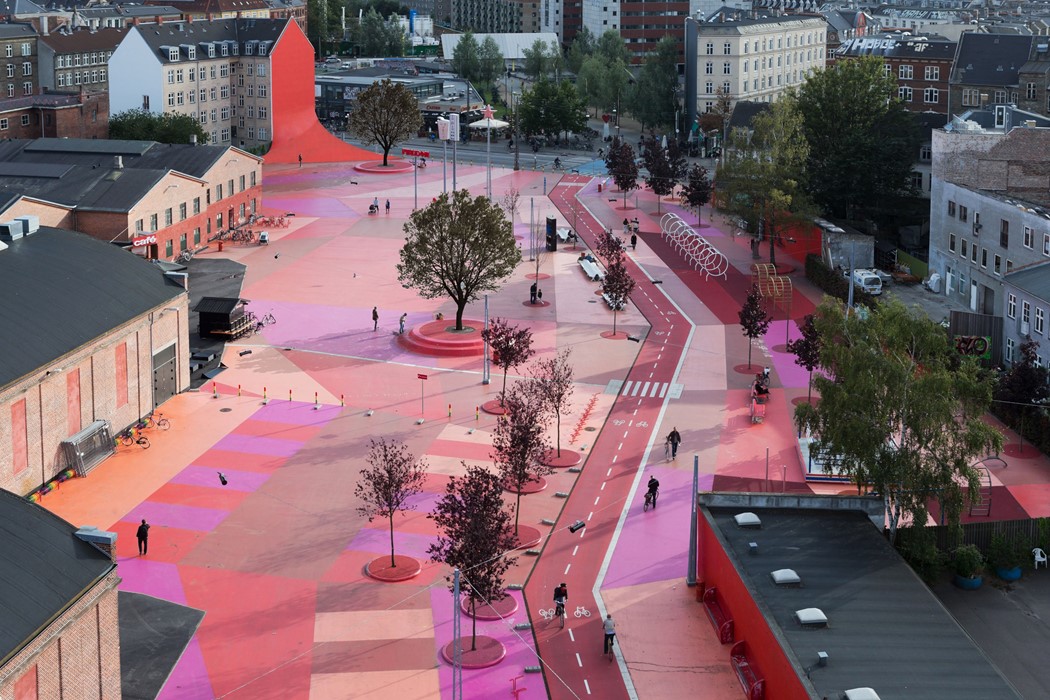 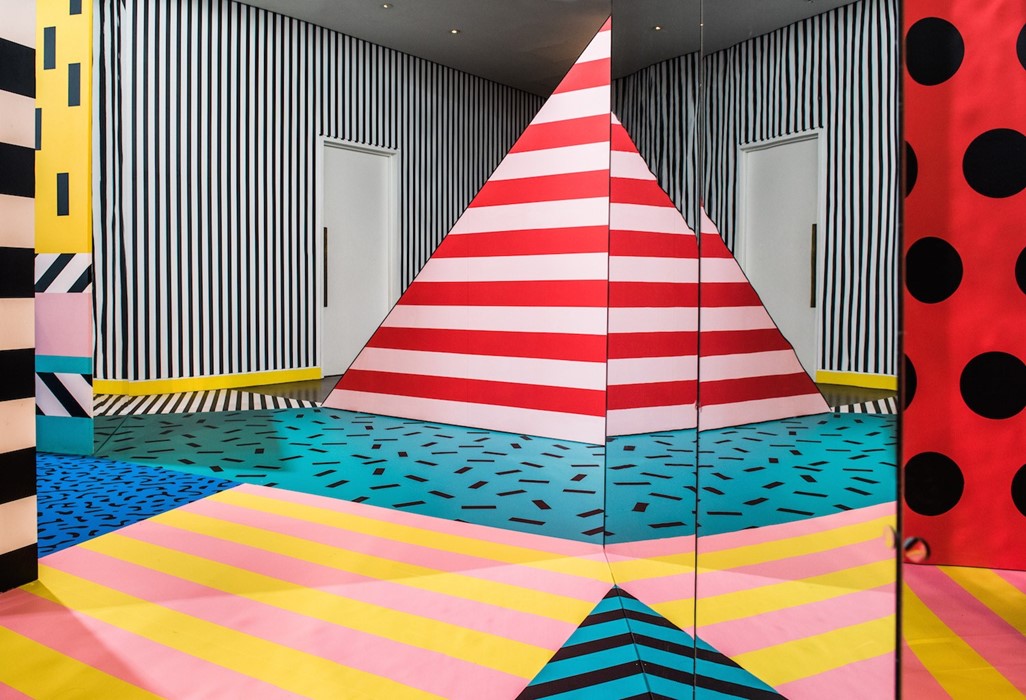 1 – Schwartzberg, Lauren. “What Is Memphis? (And How Can I Get My Hands on It?).” The Strategist, 21 Apr. 2017, nymag.com/strategist/article/best-memphis-milano-home-goods-trend-design.html.