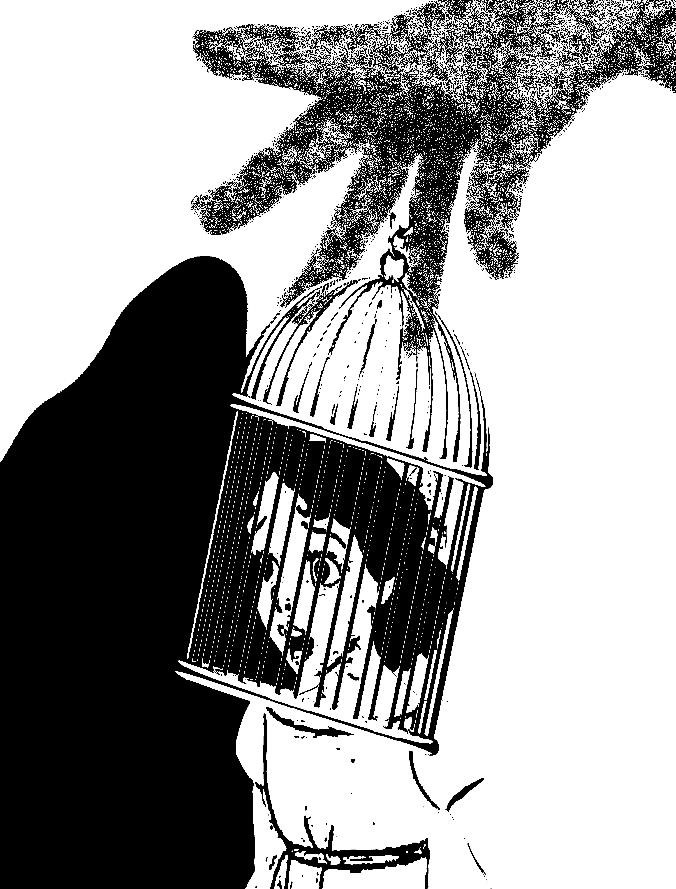 Just to refresh back from previous post. These are my final quotes:

“To infinity and beyond.” by Buzz Lightyear from the movie ‘Toy Story’

“We don’t get to choose our time.” by The Ancient One from the movie ‘Dr Strange’

“I wish I could freeze this moment, right here, right now and live in it forever.” by Peeta from the movie ‘The Hunger Games’

Inititially I wanted to focus more on the quote from Peter Pan – “Don’t grow up it’s a trap”. So here are my processes:

I focused on the idea of “trap” and not “growing up”. Since i didn’t have photoshop initially, I sketched my first idea out which was having the innocent but “scared” Wendy look being trapped through the symbolism of hands around her. ( as seen below) 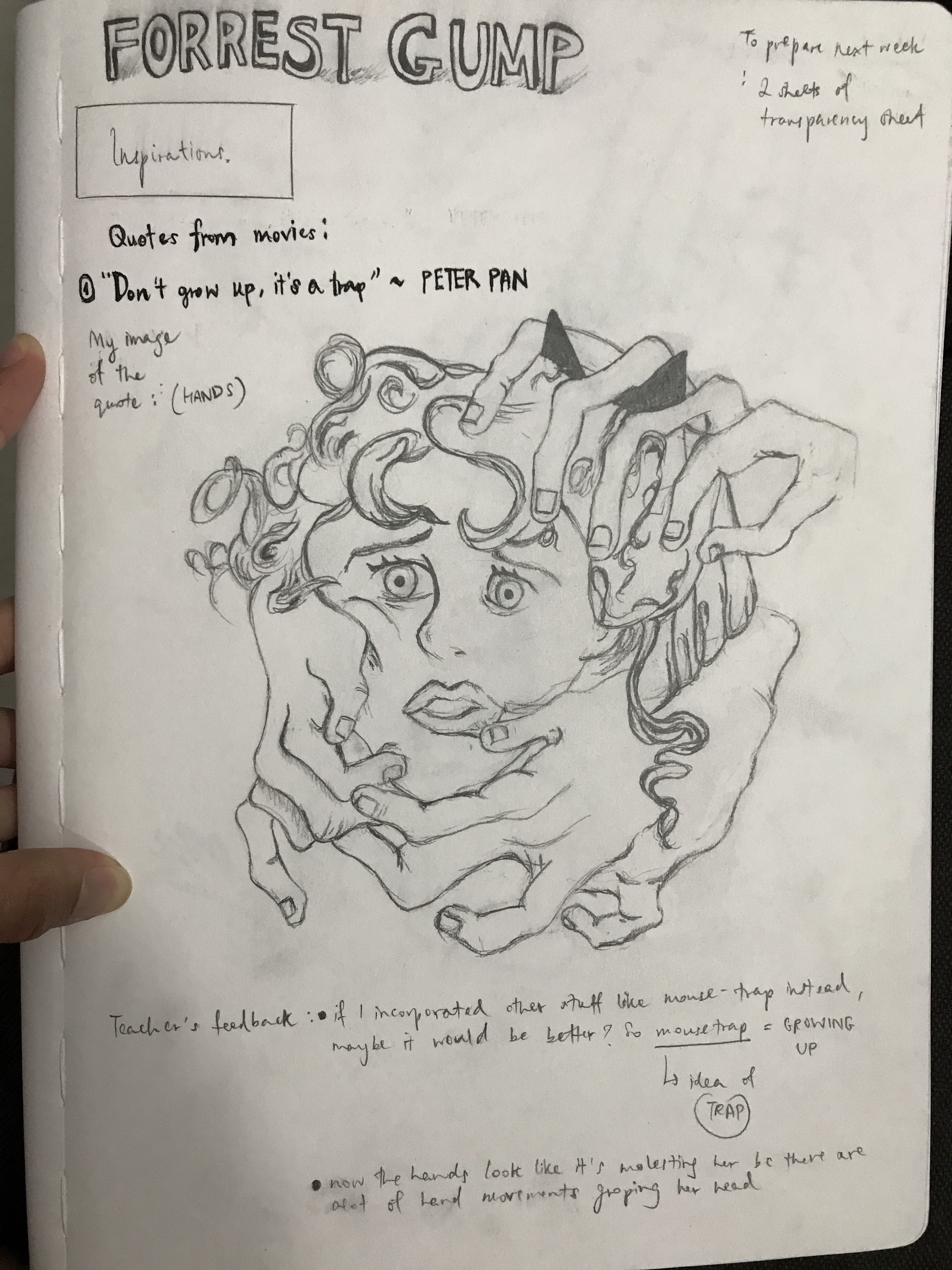 But after consultation, my professor and I agreed that it looked like as if she’s being groped or molested and that was definitely not how i want it to come across.

So i came up with a few more ideas. Why not Wendy being trapped in a mousetrap and the stuff that she is going for is a ‘dream house’ that resembles adulthood? Which was also part of growing up? (seen below) 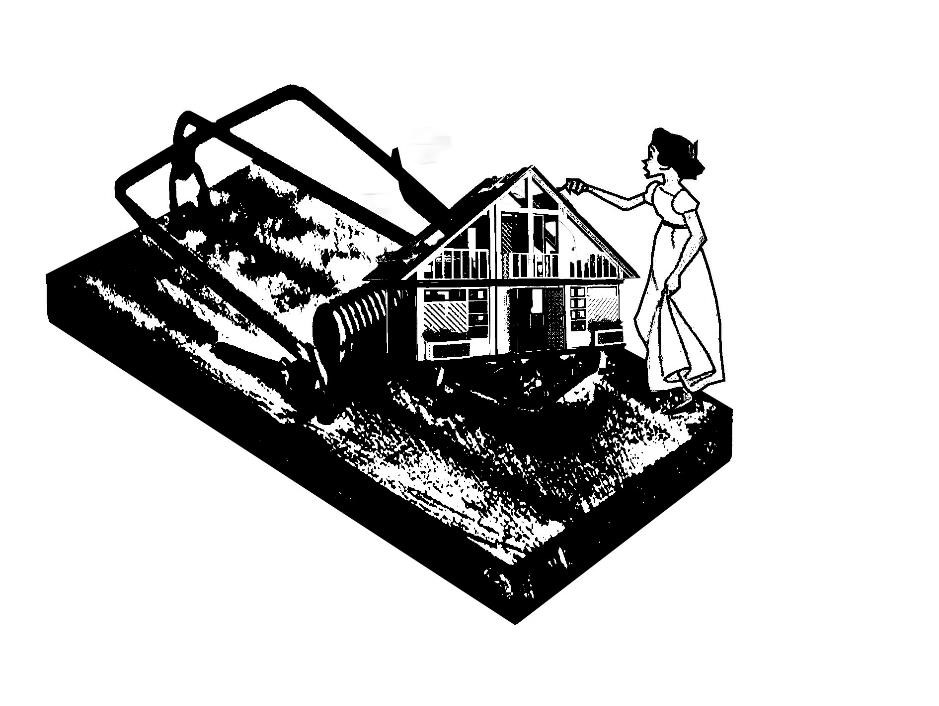 But in the end I didn’t like how it turned out as it looked abit literal, and i wanted a minimalistic kind of work which was not represented here.

I tried using the cage as a trap instead and a huge hand that was suppose to resemble the ‘bigger’ person in adulthood. And the ghostly-shaped blackhole was suppose to represent her going into a ‘lost’ zone once  she grows up.

I liked where i was going from here but i felt that some things was abit off for example: Wendy is too literal here, I didn’t want people to know who or what this person is suppose to be. And I felt that the blackhole was taking most of the attention hence it was not necessary for it to be there in the first place. And then I had an idea where the big hand could be replaced by a hook, you know, to put a touch of Captain Hook (the evil man) in the movie Peter Pan.

So then I ended up with the one below, and I liked it. 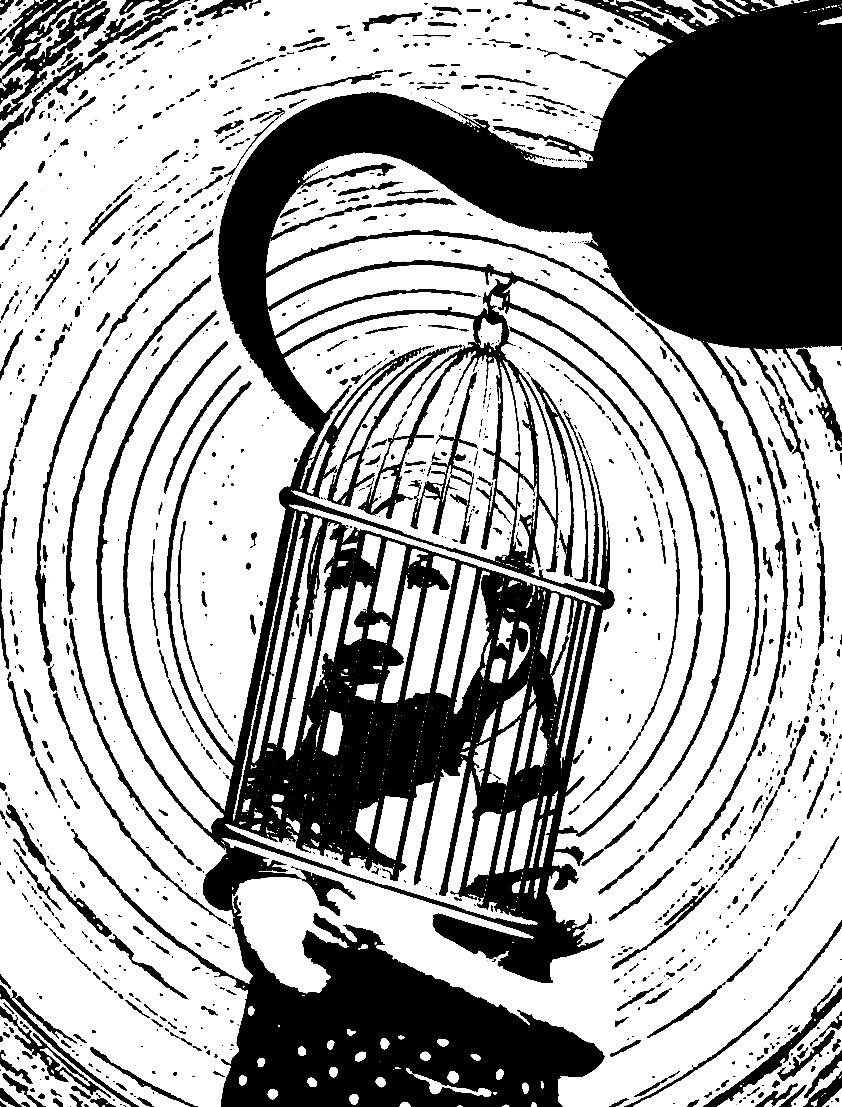 I used a normal innocent-looking girl that looks slightly lost hence the circular motions behind to represent her state of confusion and lost after being trapped in the cage, stopping her from growing. Ands this cage supposedly comes from an evil thing or person, as symbolised from the hook, the hook which in Peter Pan’s context, is part of a grown man that is evil (hence representing adulthood).

That’s for my final idea for the quote on “Don’t grow up, it’s a trap.”

For the quote: “We don’t get to choose our time” – Dr Strange, I chose to do a simple one where the man is in an hour glass, trying to grab hold of time itself as seen from him floating grasping for something that he couldn’t. (seen below) 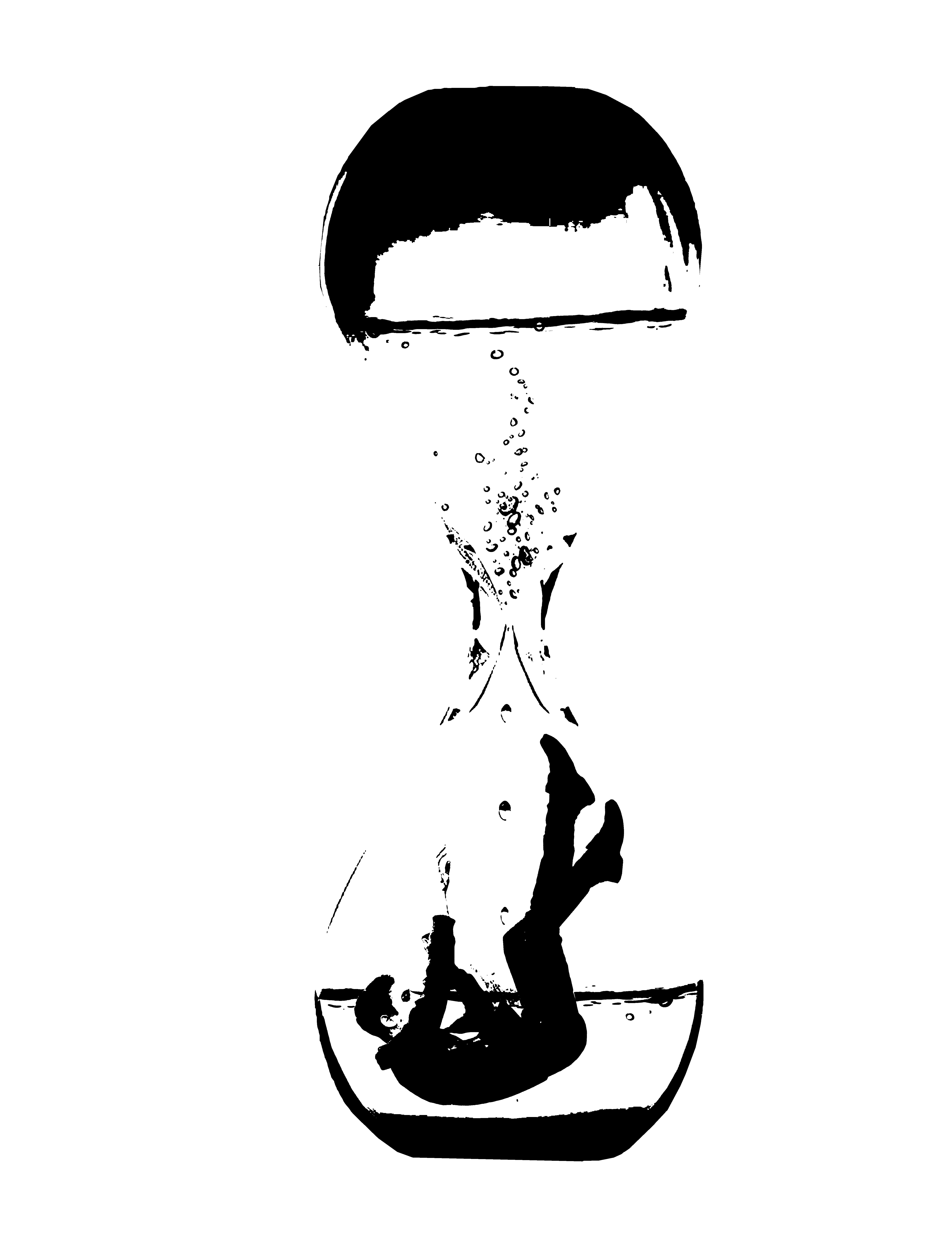 But i felt that the lines could have been clearer to show that it is an hour glass. Also the reason for the water inside the hour glass is to show the illusion, since in the movie Dr Strange they played with illusions and time very well. They were intertwined, which was what I tried to do here.

For the quote  “I wish I could freeze this moment, right here, right now, and live in it forever.” – The Hunger Games, I wanted to put both the silhoutte of Katniss and Peeta in an ice cube to show like as if they ARE in the moment, and frozen in it – like as if that ice cube is also their home to live in. (seen below) 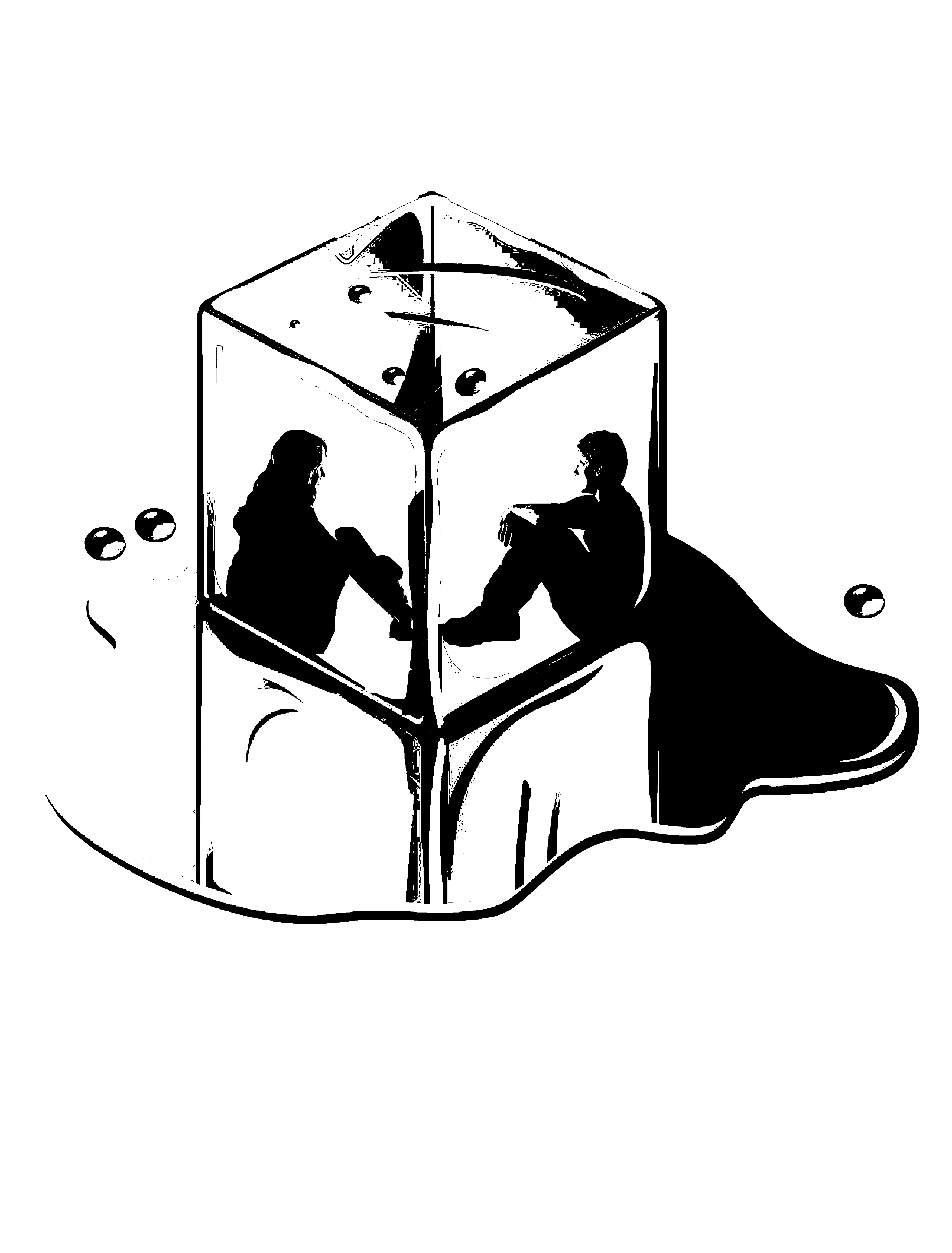 I just felt that it was too simple, maybe i could have added a slight touch of simple geometrical designs behind? Hmmm.

Aaanyways here comes my favourite work of all for the quote on “To infinity and beyond.” – Toy Story. Like the movie Peter Pan, I grew up watching this too and I will never get tired of it. I focused on the keywords of “infinity” and “beyond”.

To portray the infinity, I made it look like theres a galaxy behind and also include the circular portion as circles are always the clsoest to symbolise something infinite. Oooh and the planets in there too because when I think of infinity, i think of the vast space and galaxies which have planets included.

To represent the beyond, the triangular pedestal infront of the man is suppose to portray the fact that there’s a horizon and BEYOND that is something more, something infinite. Hence to infinity and beyond. I added a touch of Buzz Lightyear (the character who said this in Toy Story) in it as seen from the ‘bagpack’ design in the man’s hoodie at the back, because that’s the rocket ‘bagpack’ Buzz had on him. 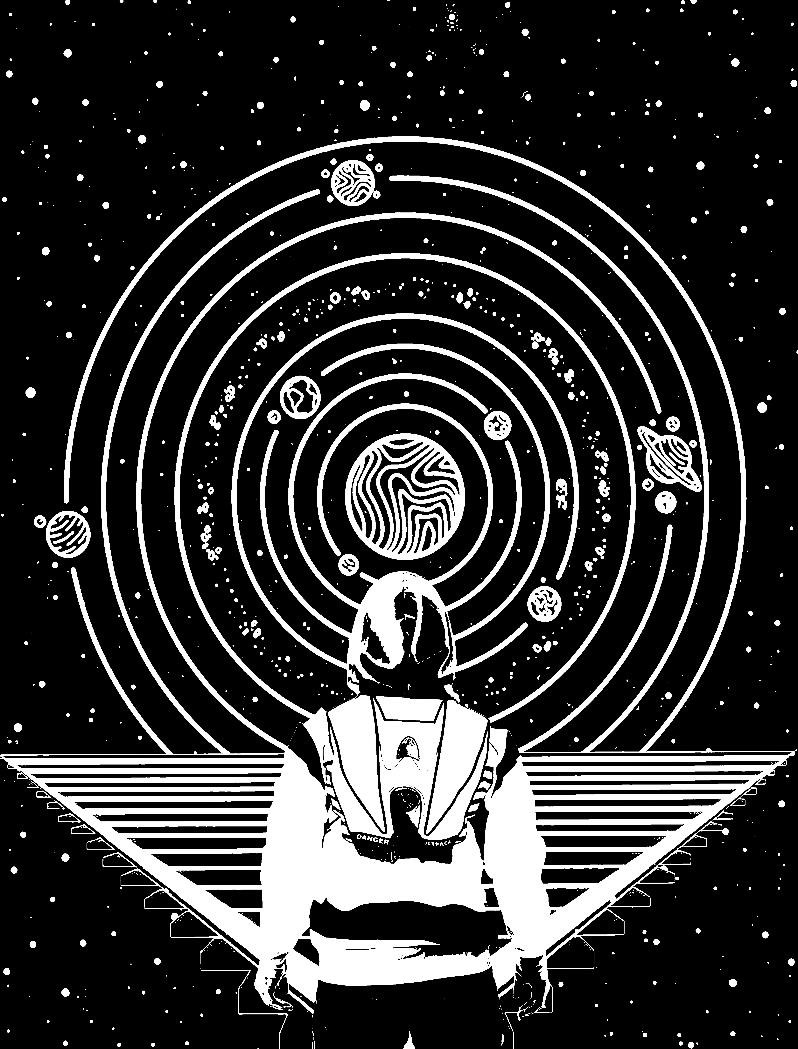 I did another as a process: 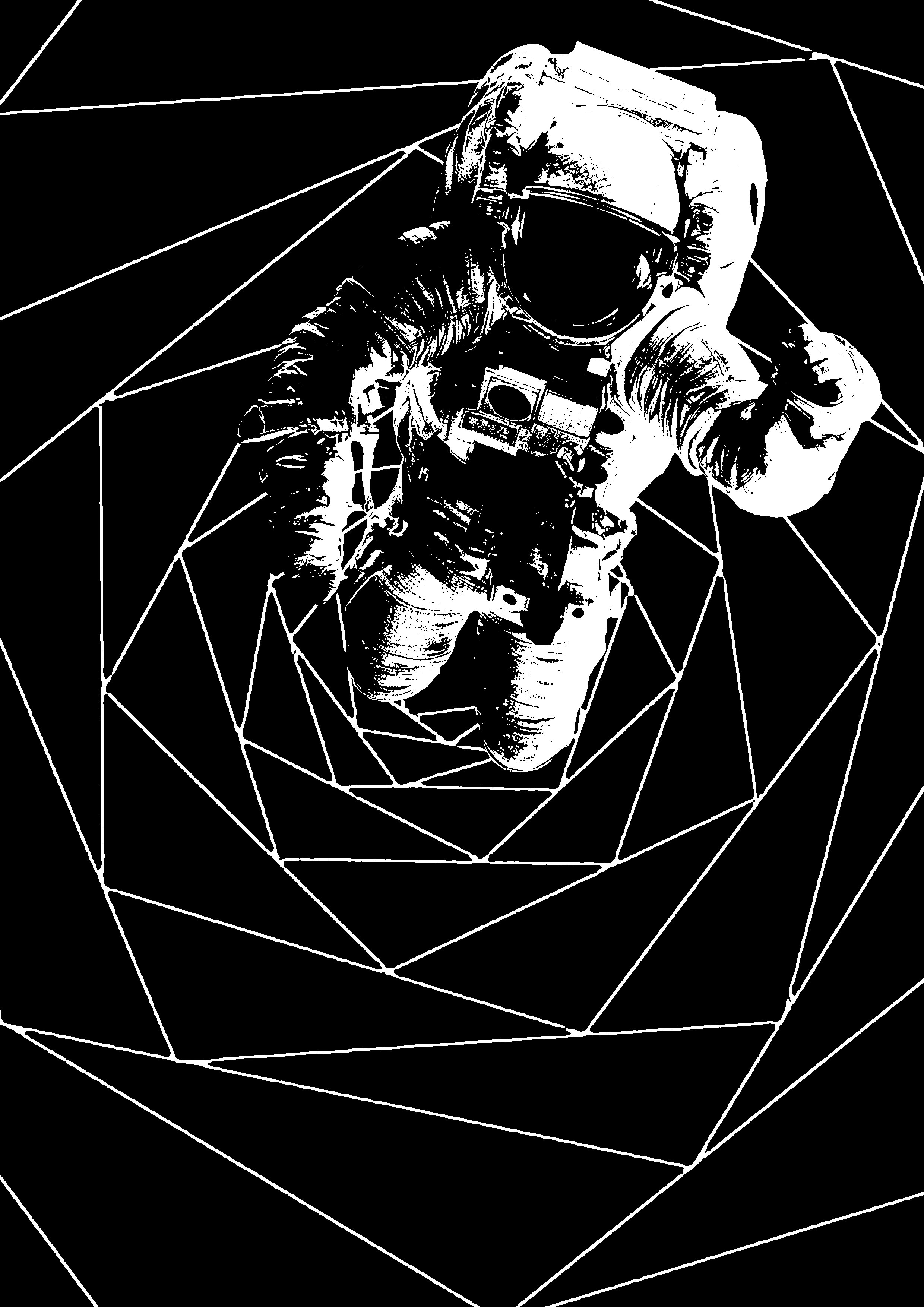 Overall I ended up liking the work above this one the most because I made use of the background space and to me this may not be so minimalistic but it was aesthetically pleasing, and it shows the huge meaning behind it.

I was excited to see this on my totebag so…..let’s go all infinity annnnnd beyoooonnnddd!