So in this lesson we started touching on MA City of Voids idea. This final project is a group work and my teammates are Bala, Azizah and me. We had to come up with 2 sounds using the objects and instruments below: 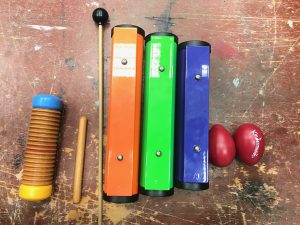 These are the sounds we created from it:

I chose to focus on our 2nd recording. Using the Audacity app like we are told to, I studied the pitches produced by those sounds and made use of the “thick lines and long lines” seen in them to create my forms in my demo mood box.

I also looked up on the kinds of modular structures to understand more of what is preferred when creating the mood box based on my sounds.

The ones below are a few examples that attracted my attention because of how each are unique. 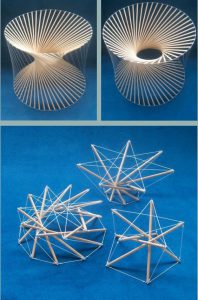 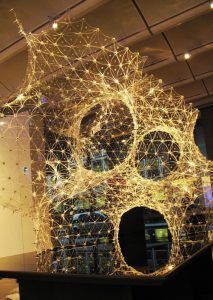 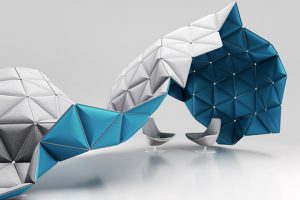 I wanted to use the colour scheme as seen below, it just felt right according to the music played in the recording – soothing (hence the light weight gold that could be folded like waves and looks smooth), but the sounds after ends up being sudden (hence the long silver metal jutting out), and then something rough and rushed (LEGOs to be placed in certain areas to represent them).

In the process of making, I used thin bendable gold brass foils to create the sound waves hence the bending of the foil is needed here. And the thick silver metal looking like it strung out in the middle as it shows the short note after the end of 2 intervals in the recording. (seen below) 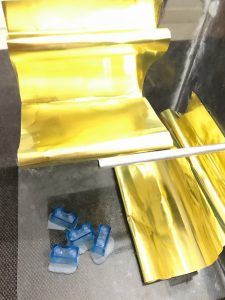 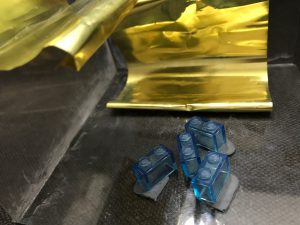 Initially i wanted to use the blue legos as seen above to make the second SO, but i felt that it doesn’t go along with the rhythm well and also like our prof advised, maybe it will be better if i replace it with something that looks like a spring.

So i made use of a thick wire that i had and tried to make a spring look-a-like: 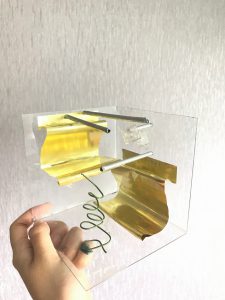 And yep, I prefer it this way. When I listen to the recording again, it suits alongside the last SO. 🙂