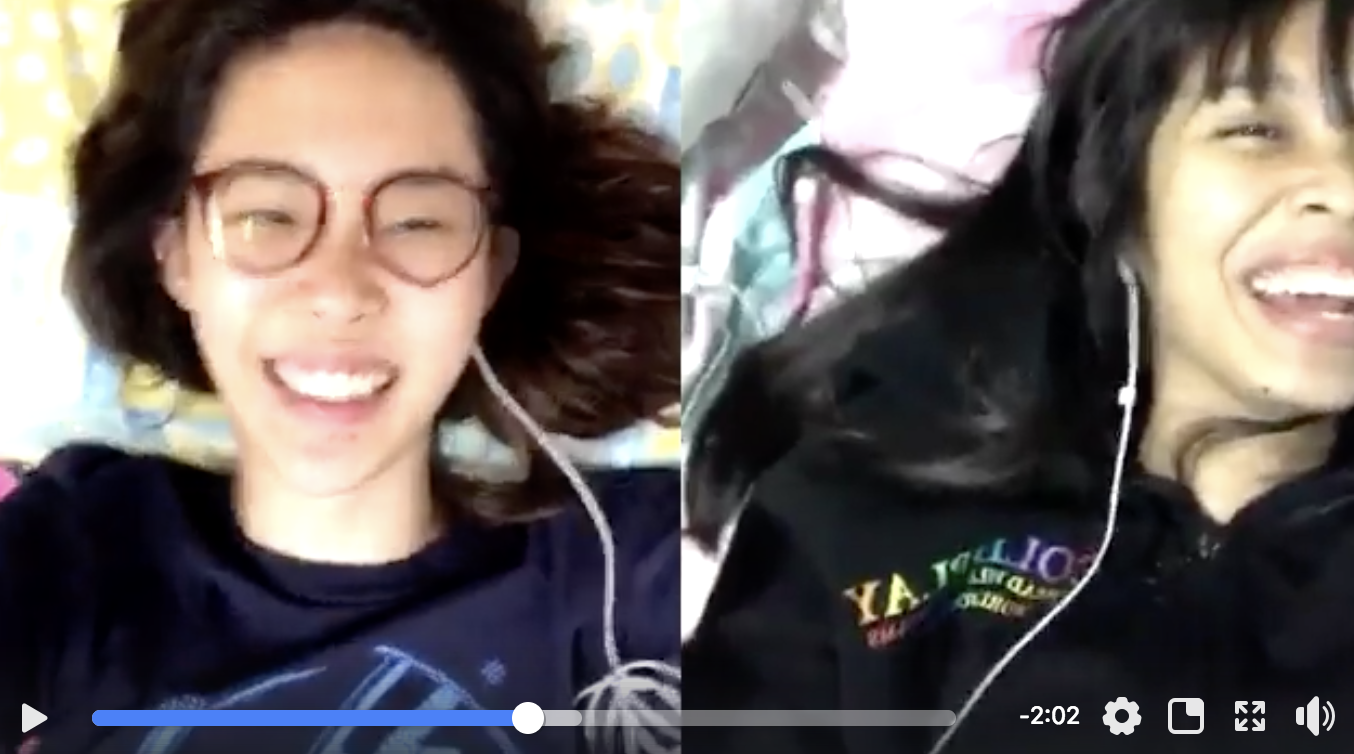 Here’s the link below to our live-stream micro-project 3! 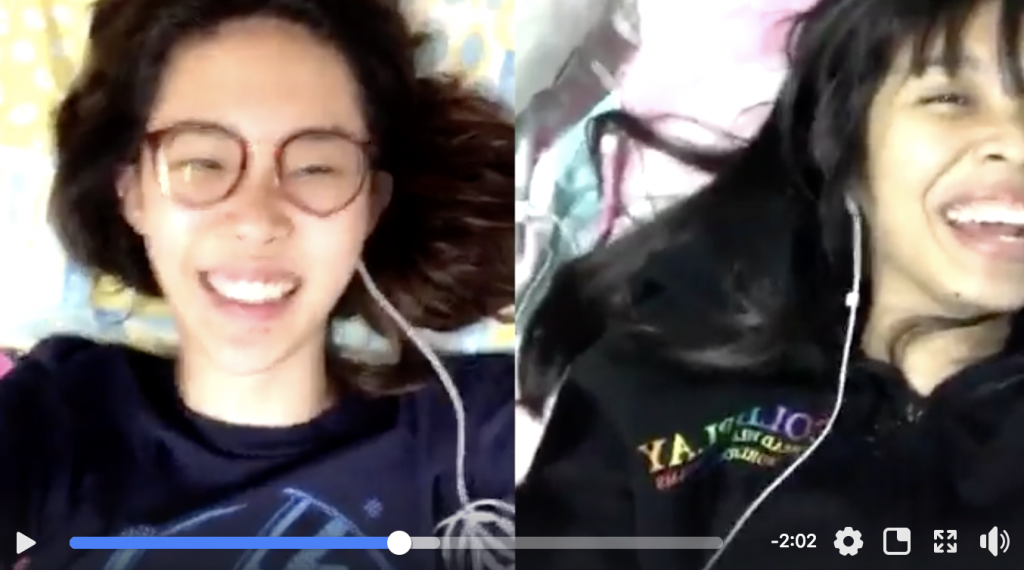 Before diving into our Micro-Project 3, we were given readings such as Maria Chatzichristodoulou’s “Cyber-performance” and “The Third Space” by Randall Packer to give ourselves a head-start. But after making this micro-project, I had a clearer view of what Third Space really means.

The third space is a virtual platform that’s created where there is “a fluid matrix of potentiality and realizable connections to the most far-reaching remoteness”. The other person may not be physically present with the artist, but through technology it “collapses boundaries in the third space“, transporting the person’s presence next to the artist.

What Yuolmae and I did to create intimacy in a third space is to repeat the motif of the bed, which was inspired by Paul Sermon’s Telematic Dreaming (1992) artwork where “The ability to exist outside of the users own space and time is created by an alarmingly real sense of touch that is enhanced by the context of the bed”.

The idea of ‘bed’ – personal, in our unarmed state. And let’s say we are sharing the bed then it is something up close and personal between the artist and the other. There is that deep sense of intimacy, despite actually being so far apart in reality. To enhance that closeness, we talked about daily life stuff – what we did, whether we’ve eaten, whether we have done our home works; like as if she’s my roomie/best friend in the same room. 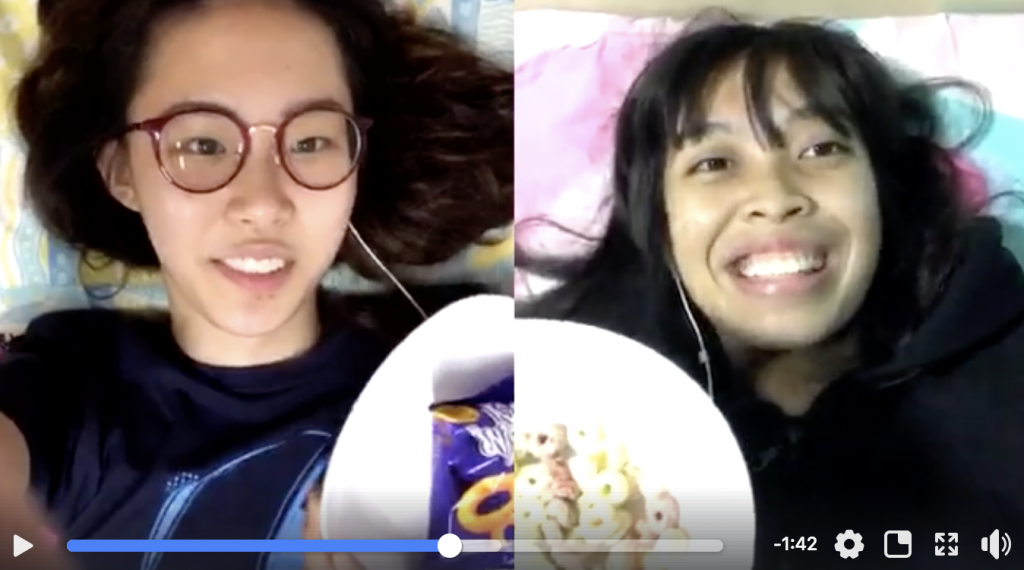 In that moment, we are not only connected through livestream but somewhat skin to skin, hair strands “connected to each other”, we are “sharing” the earpiece and listening to the song I was listening to. We share the same food or somewhat the same in a bowl and pass it back to each other like as if Yuolmae was just right next to me. This was how we formed the “third body”.

But in contrary to this, we could not entirely connect through all 5 senses we have as a human  – to experience a full on closeness. Yes we can hear, we can see and communicate with each other, but we can’t really touch and feel the other through this third space. It’s weird I guess because the viewers watching us could probably sense the closeness and intimacy.

This reminds me of the movie “Her” 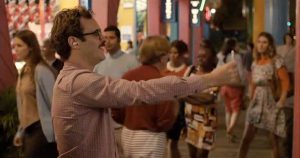 where this newly-divorced man gets close to the a new operating system which reportedly develops into an intuitive and unique entity in its own right. She functions as a operating system but like a person, she can accompany him everywhere he goes and be his friend but without having a body like a human does, yet both manages to fall in love without experiencing all 5 solid senses. 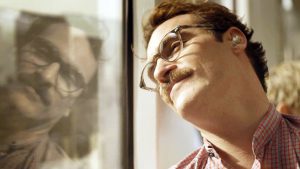 That just shows the intimacy this third space could really create and like what Randall Packer stated, “The third space has become the new order of what it means to be human.” – that couldn’t be any more right. 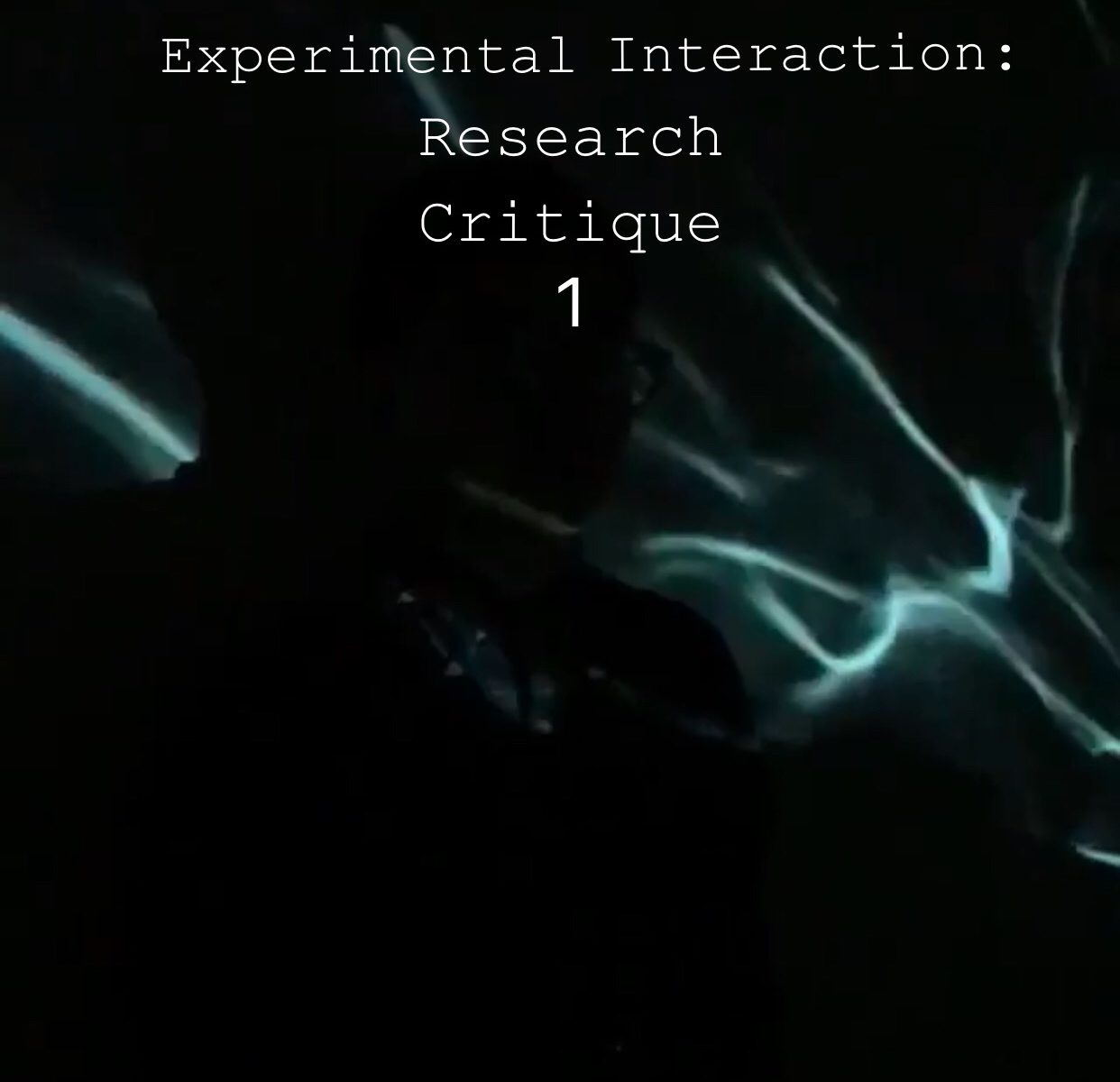 For the previous two lessons on Experimental Interaction,  we had to read Marc Garrett’s Do-It-With-Others (DIWO) article and discussed it as a class. In the following lesson we were given our Micro-Project 2: Crowd-sourced Artwork with our specific groups. In my group, which includes Jing Yi, Azizah and me, we did a crowd-source project by using the Instagram app and it’s “POLL” function under Instagram Story.

In this project, we did a short poll game where  two people (me and Azizah) does the same actions but compete each other on who does it better and the judgement is based on the online public. Jing Yi records us and immediately put it up on Instagram ‘story’ function to show it to the audience on Instagram.

Since we only had a short period of time to do this mini project/game, we decided to limit it to 4 polls only and time ourselves to 3 minutes to collect the number of votes to see who wins. This took place in our school outside class so we can have it at an open space where not only our classmates could see our actions, but others in school too. It’s interesting to get people looking at you and questioning what you are doing, because it means they are curious about the idea behind it and wants to engage in it.

Immediately after posting the videos of what we do, in real time, Jing Yi then upload another post where the voting takes place. The viewers of our Instagram story vote based on the questions on these posts pertaining to the actions we do. We made it open to Instagram users and also made our classmates follow one of our group mates account to follow our Instagram story for this poll game. This is so that they can participate too. So for example, we will ask questions like the ones in the pictures below and they will simply click 1 of the 2 options: 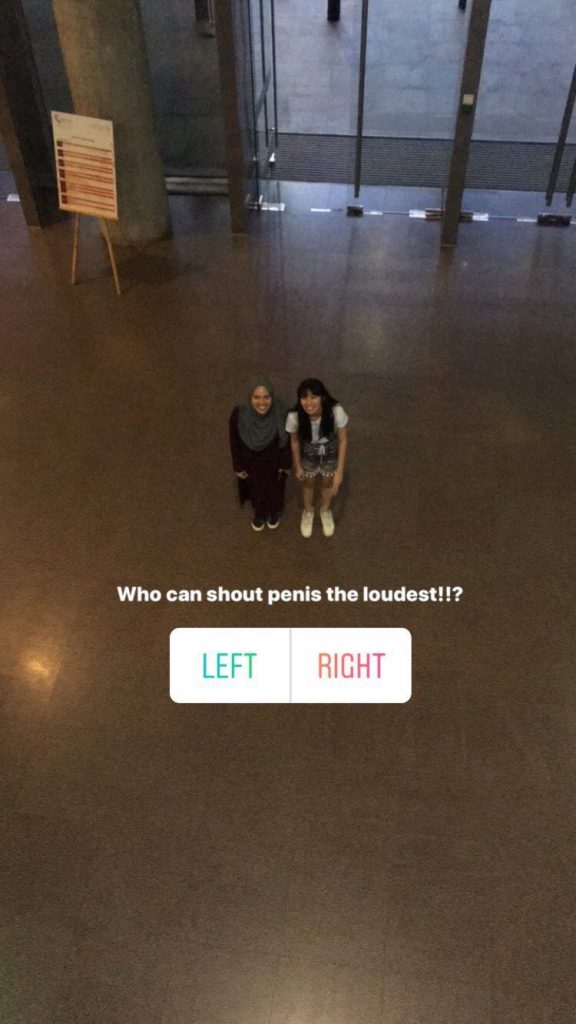 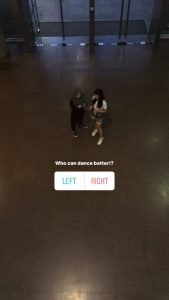 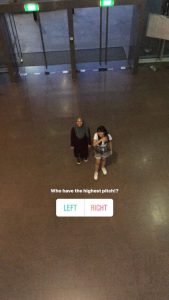 And whoever has more votes, wins for that particular round (the post).

It’s simple but it’s interactive. And that’s the point of it. We used a popular social media platform as a way to reach out to the crowd online for their opinion. We allow everyone on Instagram to take part in the game as they, who watches, are the ones who gets to choose who wins in each question asked in each post. They play a huge part in getting the game going. In a way, we are doing crowd-sourcing.

One of our inspirations was from the open-source artist like Craig D. Giffen and his “Human Clock”, where he allows people all over the world to submit their picture of numbers found on any places, that corresponds to the current timing.

The site will automatically refresh itself after a minute has gone by and the same thing happens! It’s a brilliant idea of reaching out to the public as it allows more creativity to tell the time, and it connects with them all to engage in this “Human Clock”.

The same goes for art and I want to relate this back to the Marc Garrett’s DIWO article because yes, there is “a new form of participatory art emerging, in which artists engage with communities and their concerns.” With the elements of DIWO, the ecological, social and the networks we use, it allows this kind of autonomous communication in many media (such as Instagram, Facebook, Béhance etc). And that’s what we did using Instagram. But before thinking of this poll game that includes sourcing from others outside, it is obvious that we had to think of the public because “critically engaged activities were thought as an essential nourishment not only for ‘individual’ artists but ALSO as an effective form of artistic collaboration with others”.

This crowd-source based artwork is a departure from traditional art making by a single artist, simply because we see that nowadays traditional art has become more self-referential and divorced from social life, whereas artworks sourcing from everyone else has helped my group-mates and I to thrive together and come up with a more collaborative form of art. It engages everyone to come together in this game, this artwork we made in a short span of time.

At the same time, unlike traditional proprietary modes of artistic creation and production, by initiating projects together we get to come up with creative ideas faster by sharing these different ideas and in the end still come up with an artwork that includes everyone else.  There’s a “mass diffusion of human intellect through interaction”. Those traditional art creates a divide with all the “market-led appropriation” in it’s creation and production. However, through peer-to-peer interaction (DIWO), we allow ourselves to break away from the norm and do not conform to strategies. It is more open – it turns our attention as “creators, viewers and participants to connectedness and free interplay between (human and non-human) entities and conditions.”.