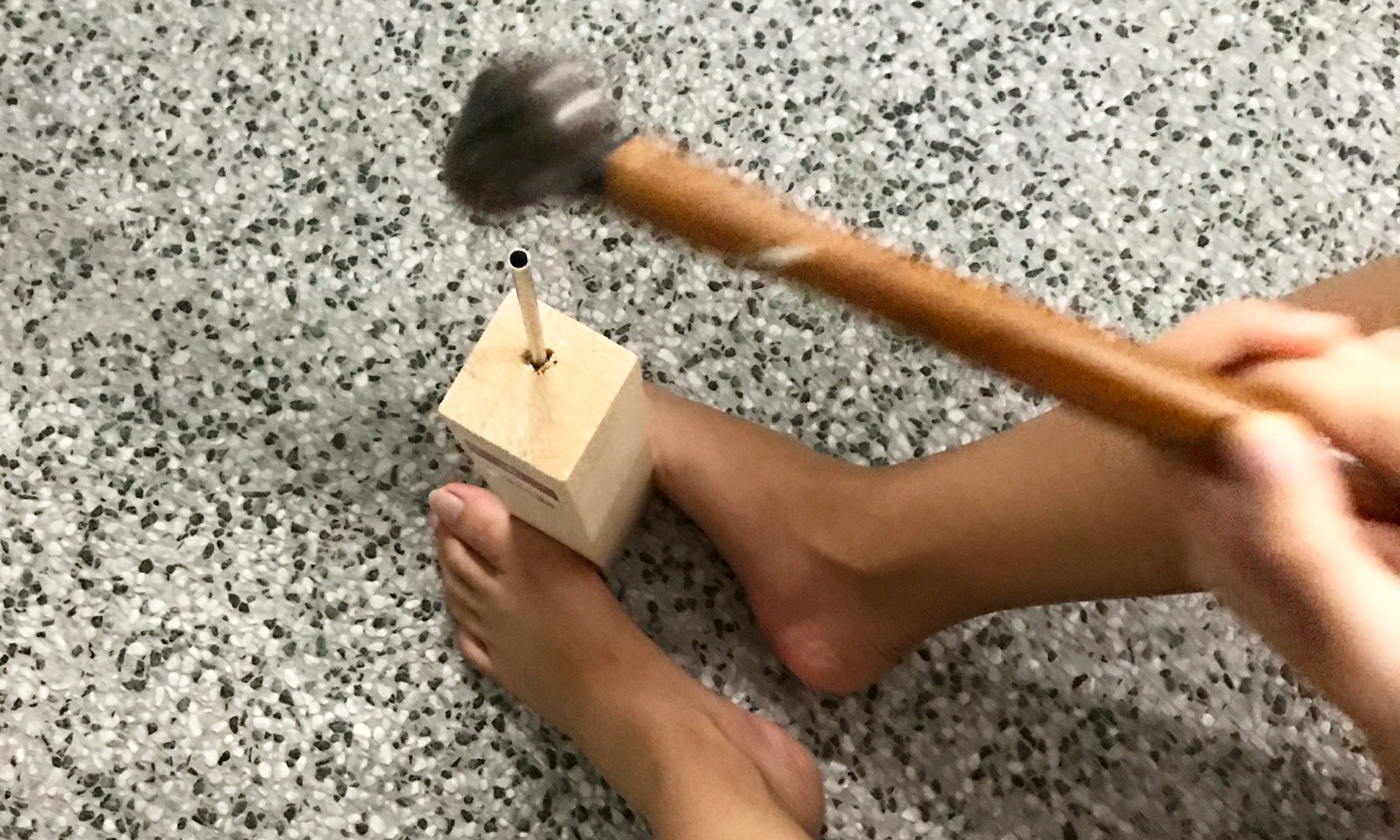 In last week’s lesson, we went through each and everyone’s boxes and consulted our professor. After my consultation for my ‘counter-balance’ work I went to make some changes to my boxes. So there are two structures that I’m planning to create (as seen below): 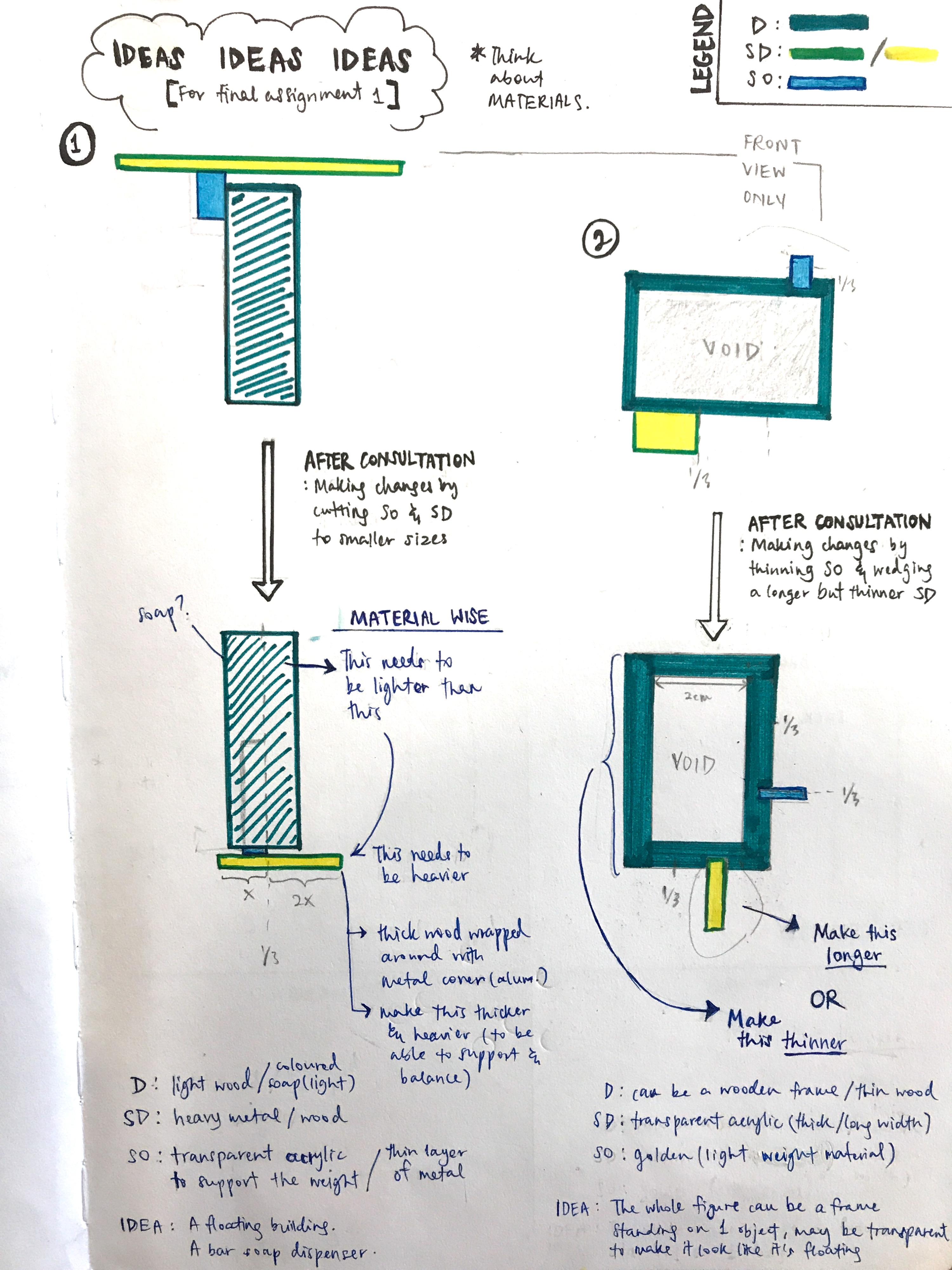 In my 1st structure, I went to make changes to the SO and SD to make my D block more dominant, and basically make an interesting counter-balance figure. It was quite hard to ensure that my figure balances as my D foam block was thick, tall and mainly weighs more than the SD could handle. So I decided that the D block had to be lighter than SD and the SD had to be heavier to be able to support the whole structure.

In my 2nd structure, I went to also make changes to my D and SD by making the D thinner and choosing an acrylic slightly longer to try and support the D and SO.

Of course taking into account of the length and width of the blocks too, it wasn’t easy. ESPECIALLY when we have to start including the materials we want to use.

So in this post, I will be sharing a few of my fails when creating structure 2 and structure 1 with other materials. And then I will show how I finally made progression towards a successful structure through structure 1 draft model (as I shifted more of my focus onto it). 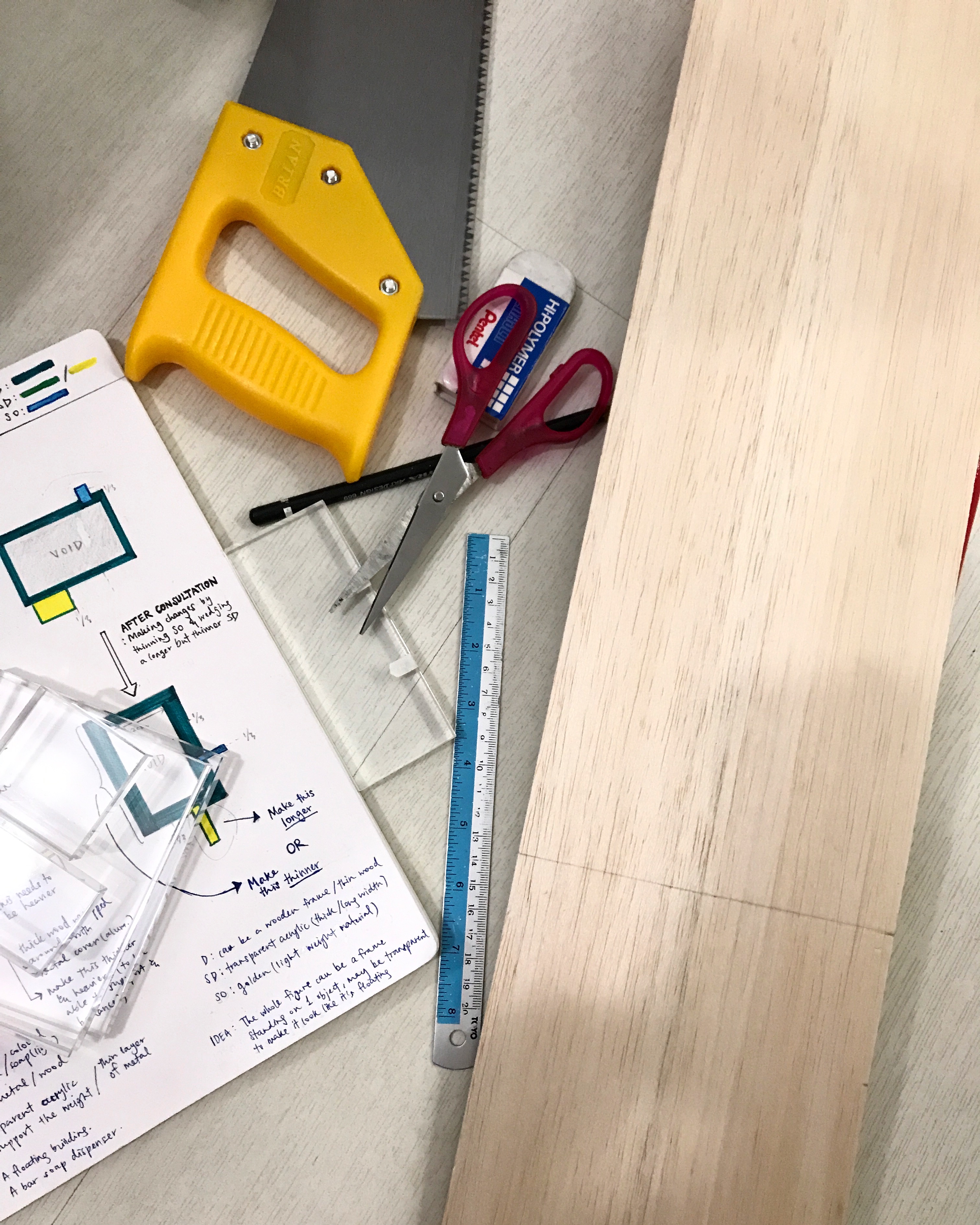 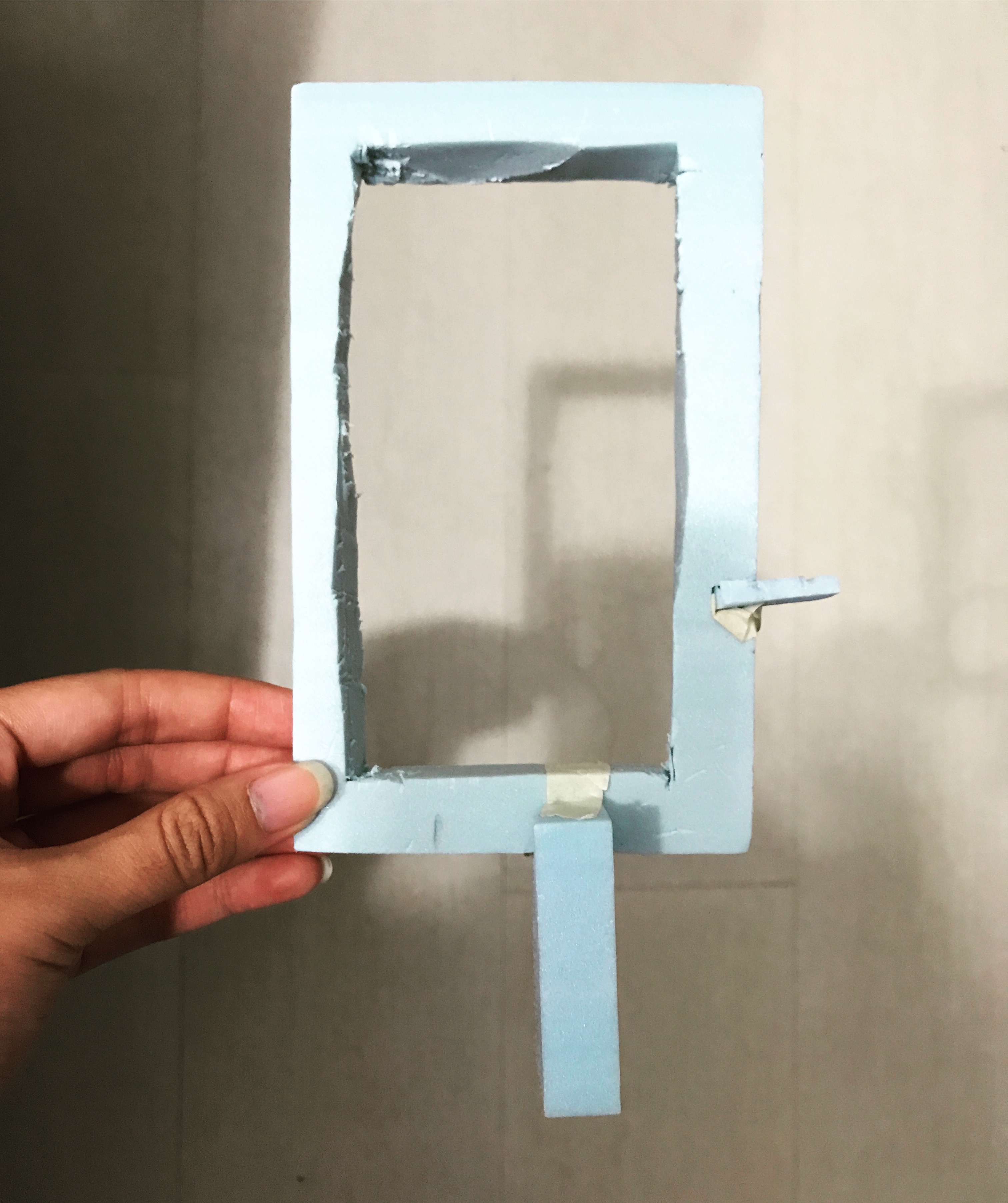 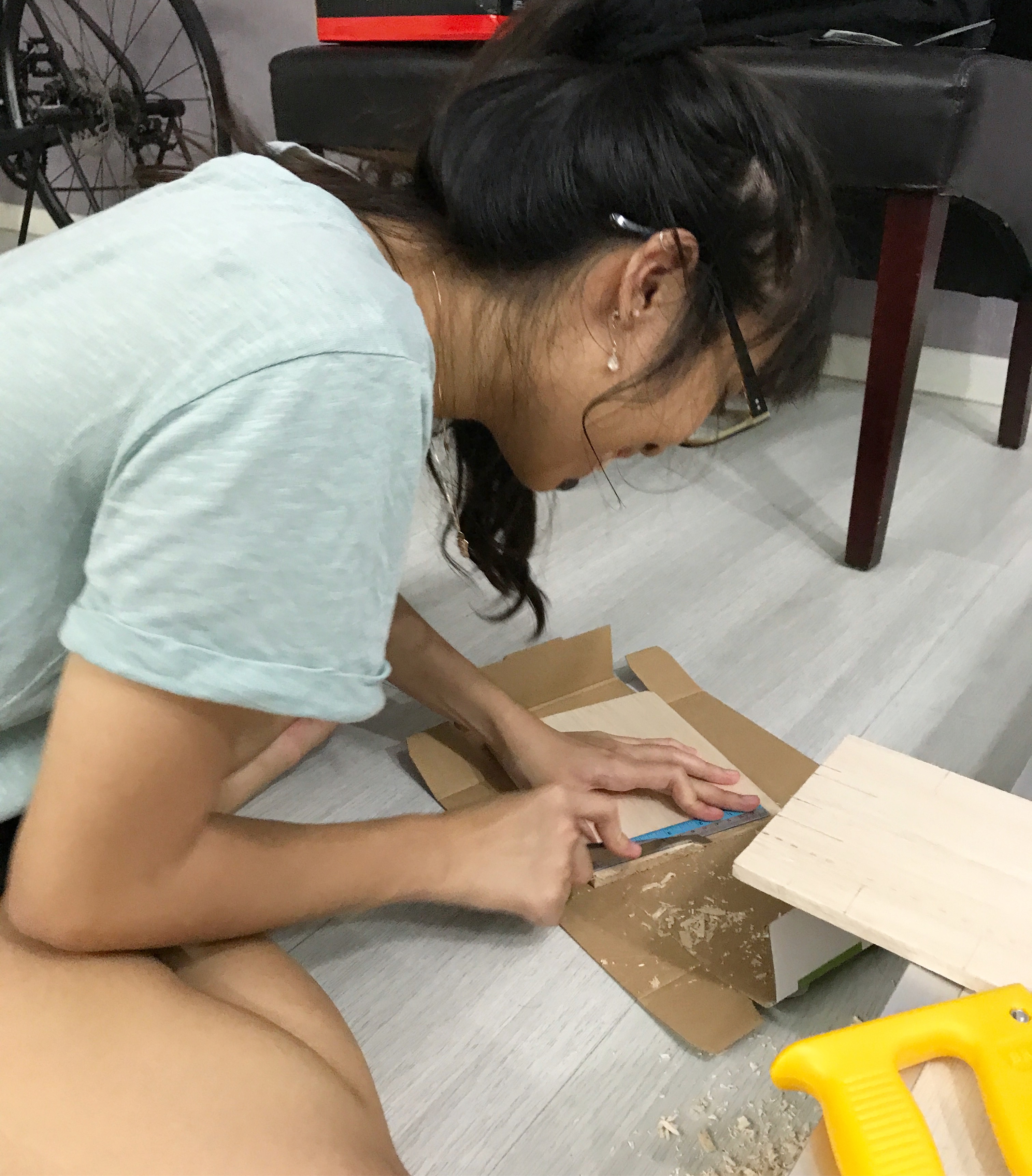 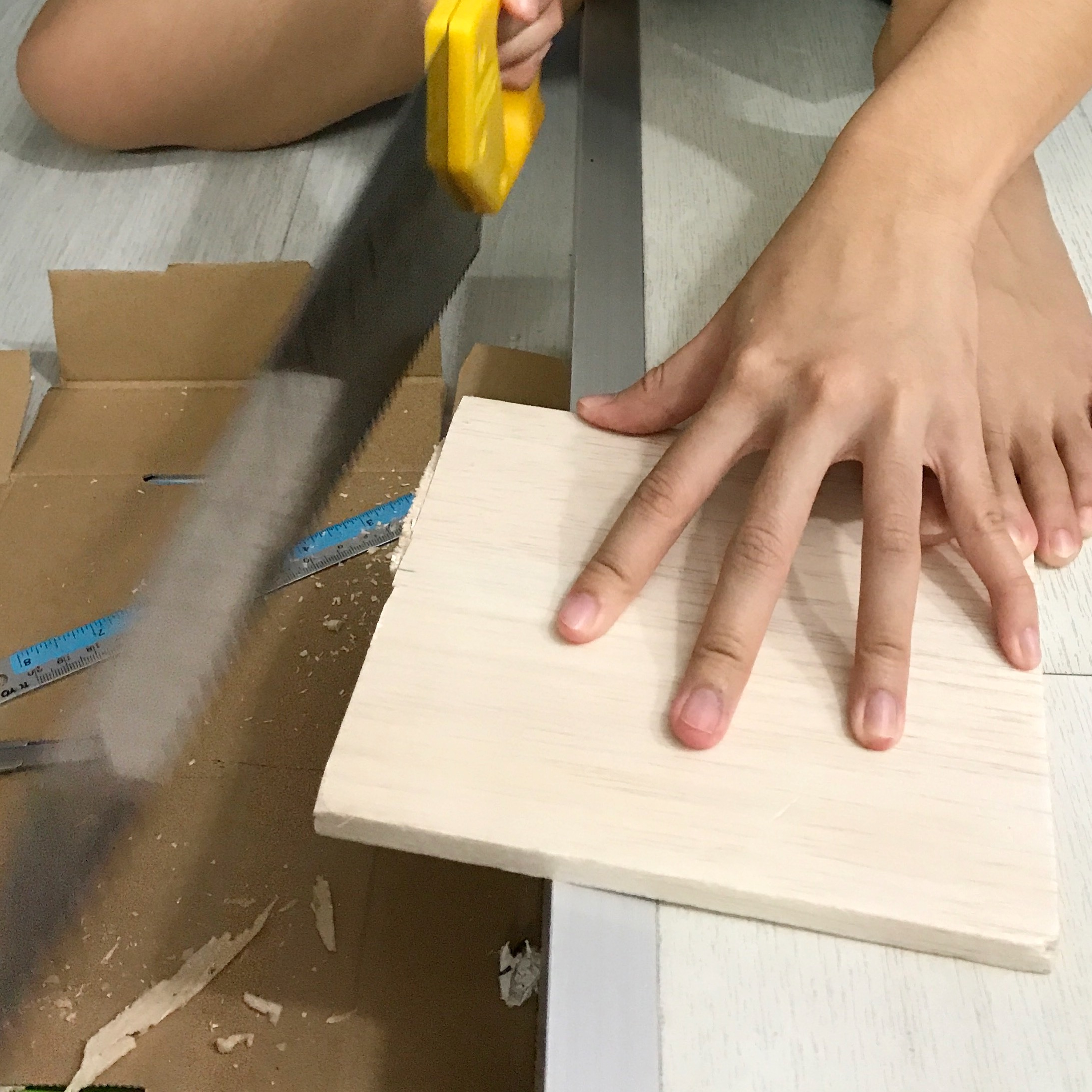 It was definitely tough to cut out the portion of the wood that I wanted, despite using a saw because there are some problems I encountered while doing so:

When I was trying (very) hard to carve it out, the thin portion at the sides starts to break and I’d have to super glue them back together. And even though it works and everything finally looks like a frame, I still had to do some wedging at the bottom of the frame to insert my medium acrylic block for my SD.  But the chaos happened here: my saw couldn’t wedge through the hard part of the wood properly and I ended up cutting the space for my SD a little wider. 🙁 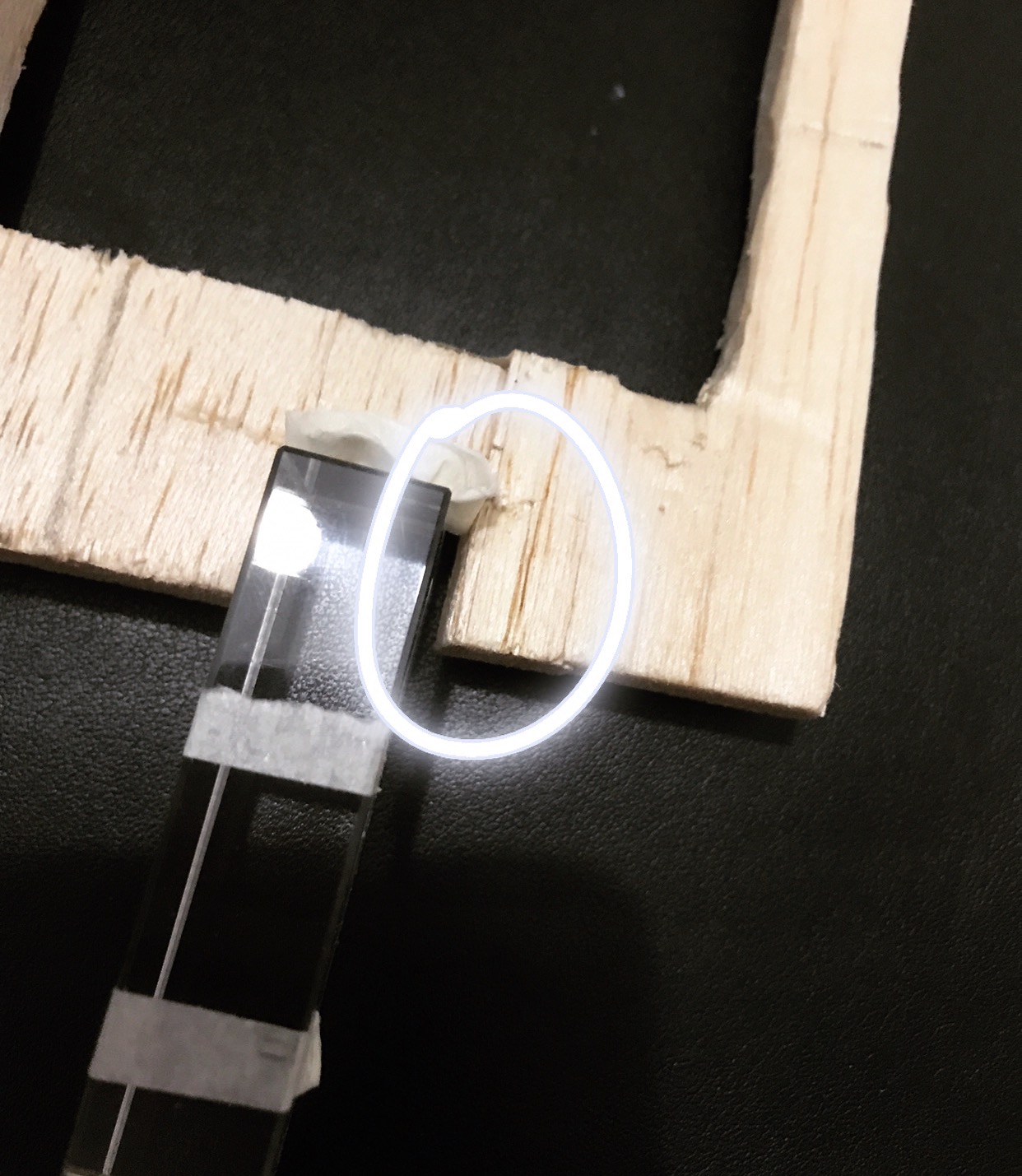 This in turn could not let my whole figure balance, unlike my foam model, as it was too spacious there and the acrylic could not hold the wood frame better.

Seen here below shows that I had to balance it by holding it unlike my foam model which could just stand/balance on it’s own. I haven’t even wedge the side (like seen on the foam model) to insert my aluminium metal as my SO because i know it still wouldn’t balance if the wedging is too spacious below (it can’t hold the whole blocks above). 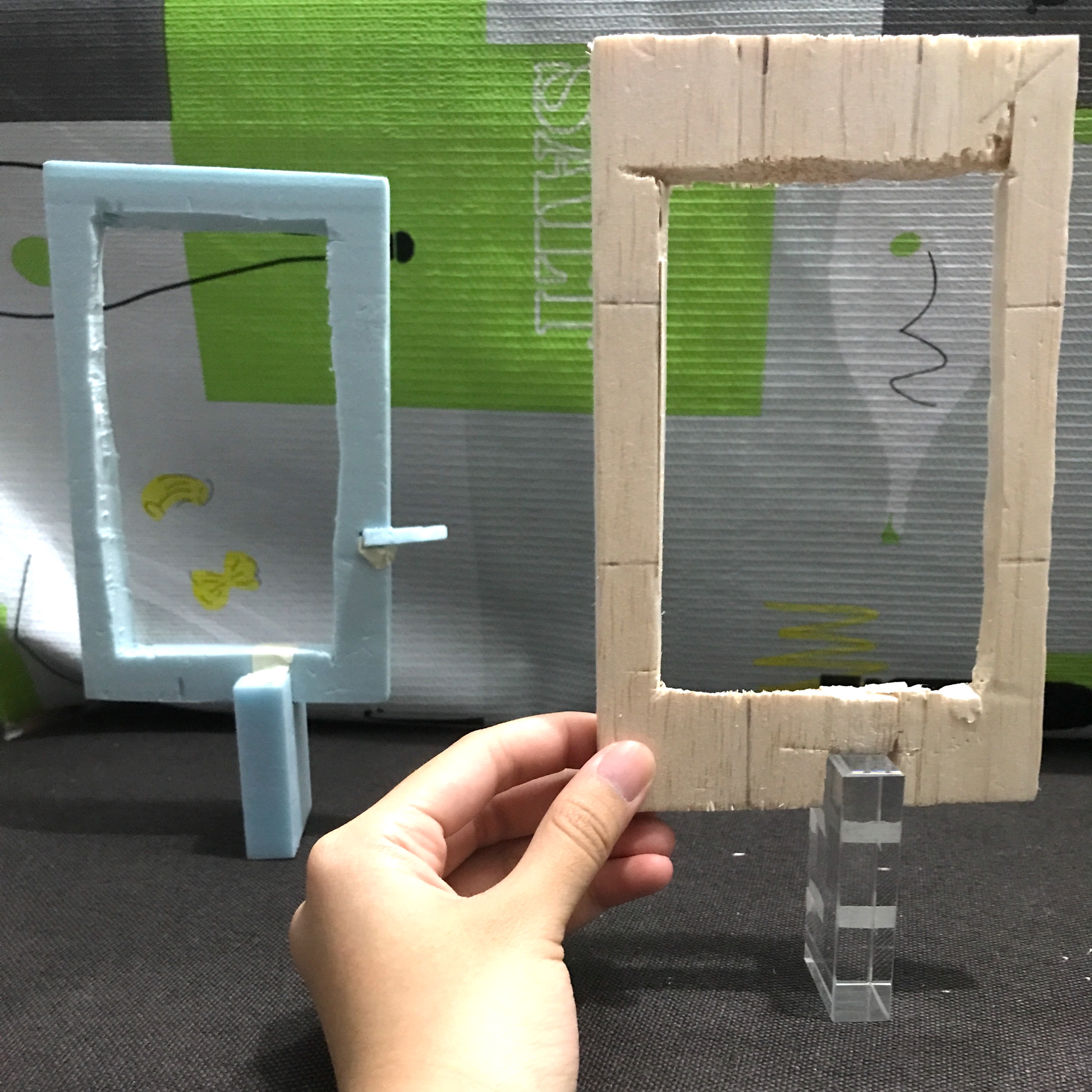 So instead of wasting time on finishing it and since I knew what my problem was in that structure, I decided to just move on to doing the other structure. STRUCTURE 1. 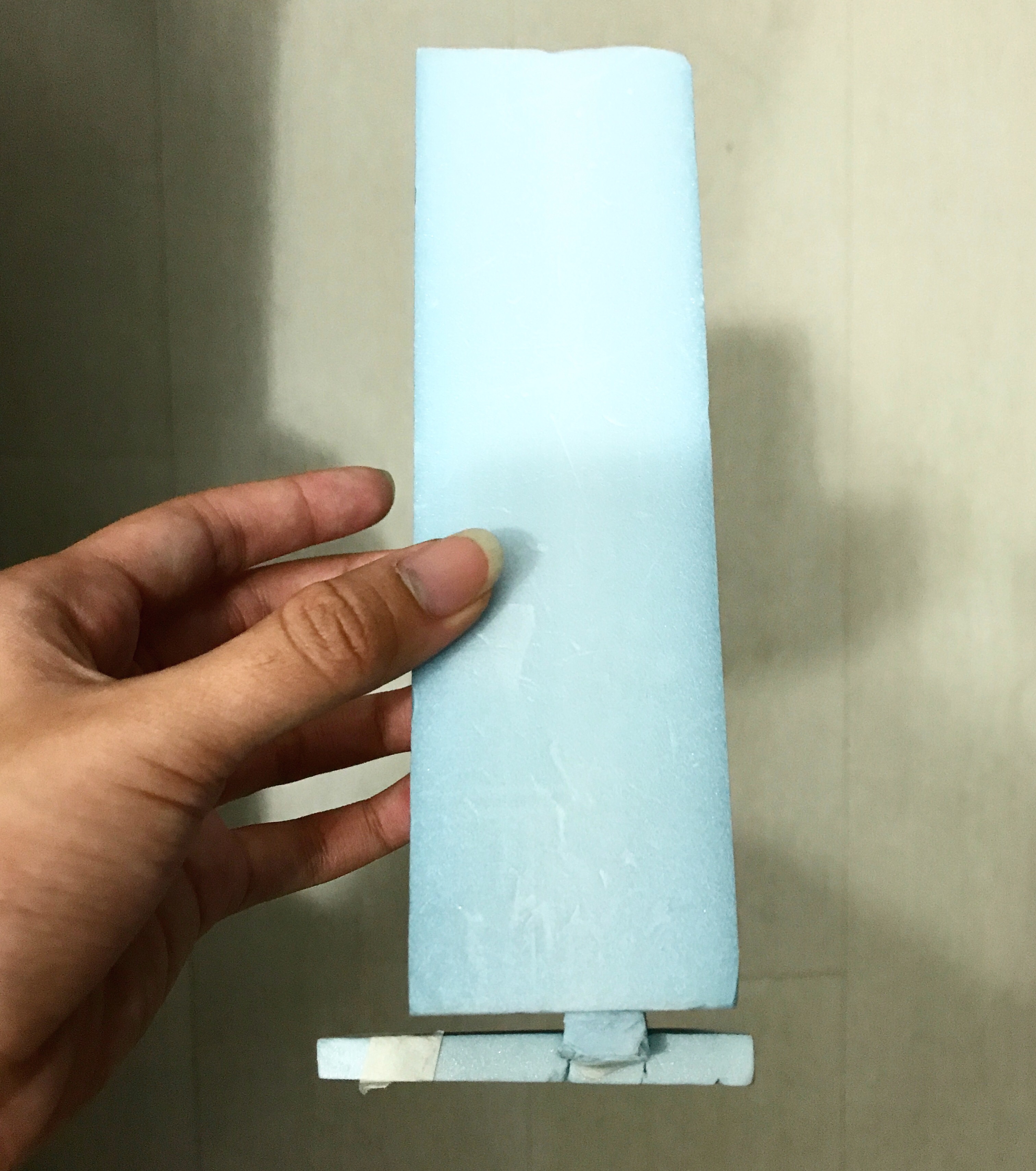 My initial idea for this was to create perhaps a ‘bar soap dispenser’ strictly for 1 person use only (mainly for people who is allergic to sharing soaps). I wanted to create it using this interesting coloured-hardy soap bar I found in store as my Dominant. (seen below: the kinds of coloured sticks for soap) 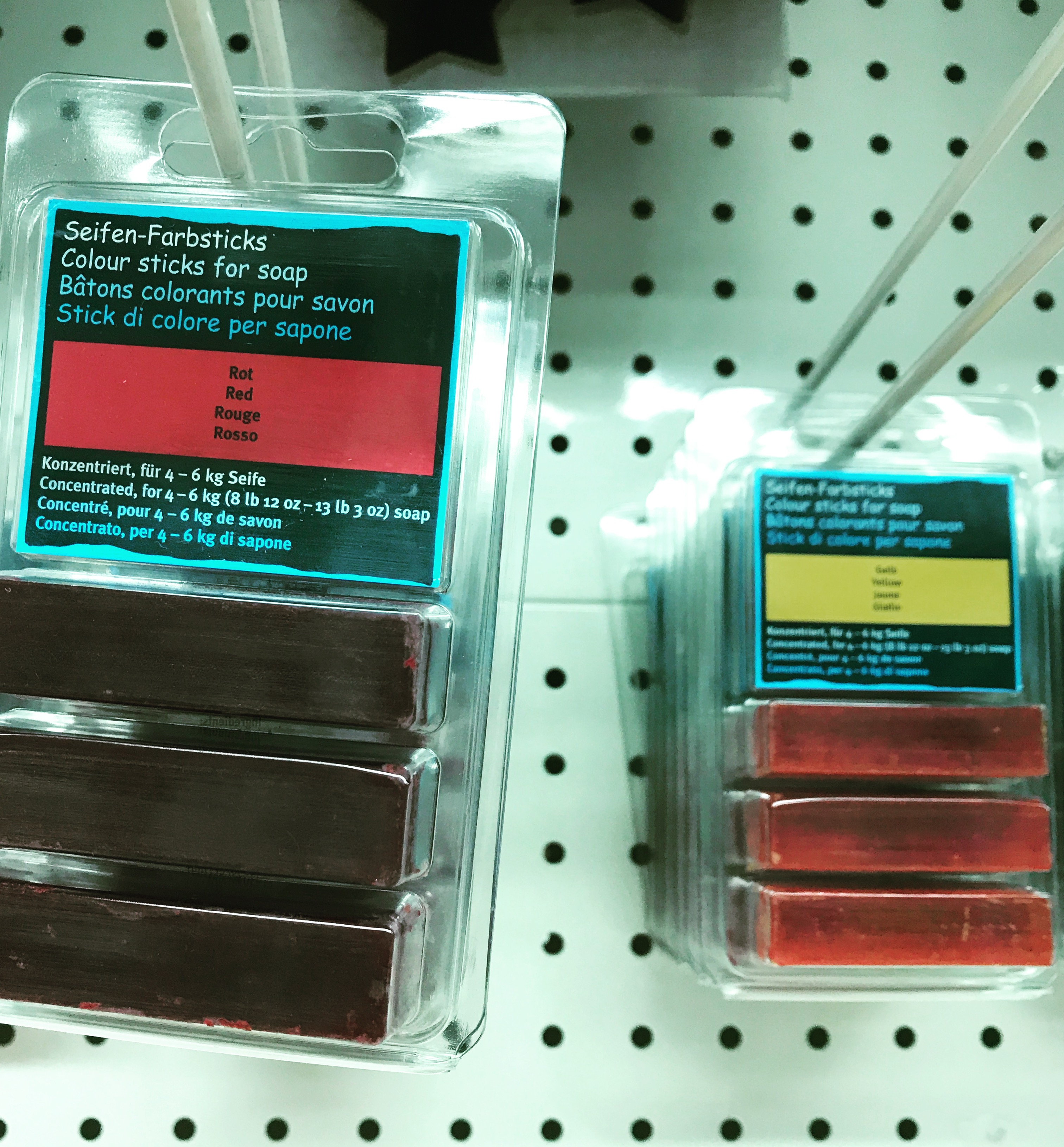 So I tried and as you can see in the figure below when I’m holding it, it’s a mini model.

Now why this one failed too: Conclusion: Failed too due to fragility of soap that i bought – could cut through so easily it will fall off. Defeats the purpose of me wanting it to be soap bar dispenser if it’s not hardy enough.

I decided to redo by using other materials and not to make a small-scaled structure. This time, I tried using wood for both D and SD. I chose a kind of wood that’s not so heavy-weighted so as to balance it off in the end of counter-balance.

The process that made it hard to work with was wedging a small deep hole in D to insert my long thin but HARDY aluminium metal rod into it, and also into the SD which acts as my base. Hence desperate times calls for desperate measures – if you cannot create a deep hole, you hammer the rod into it to force it to make a deep hole.

Progress shots while making use of other materials and not soap. 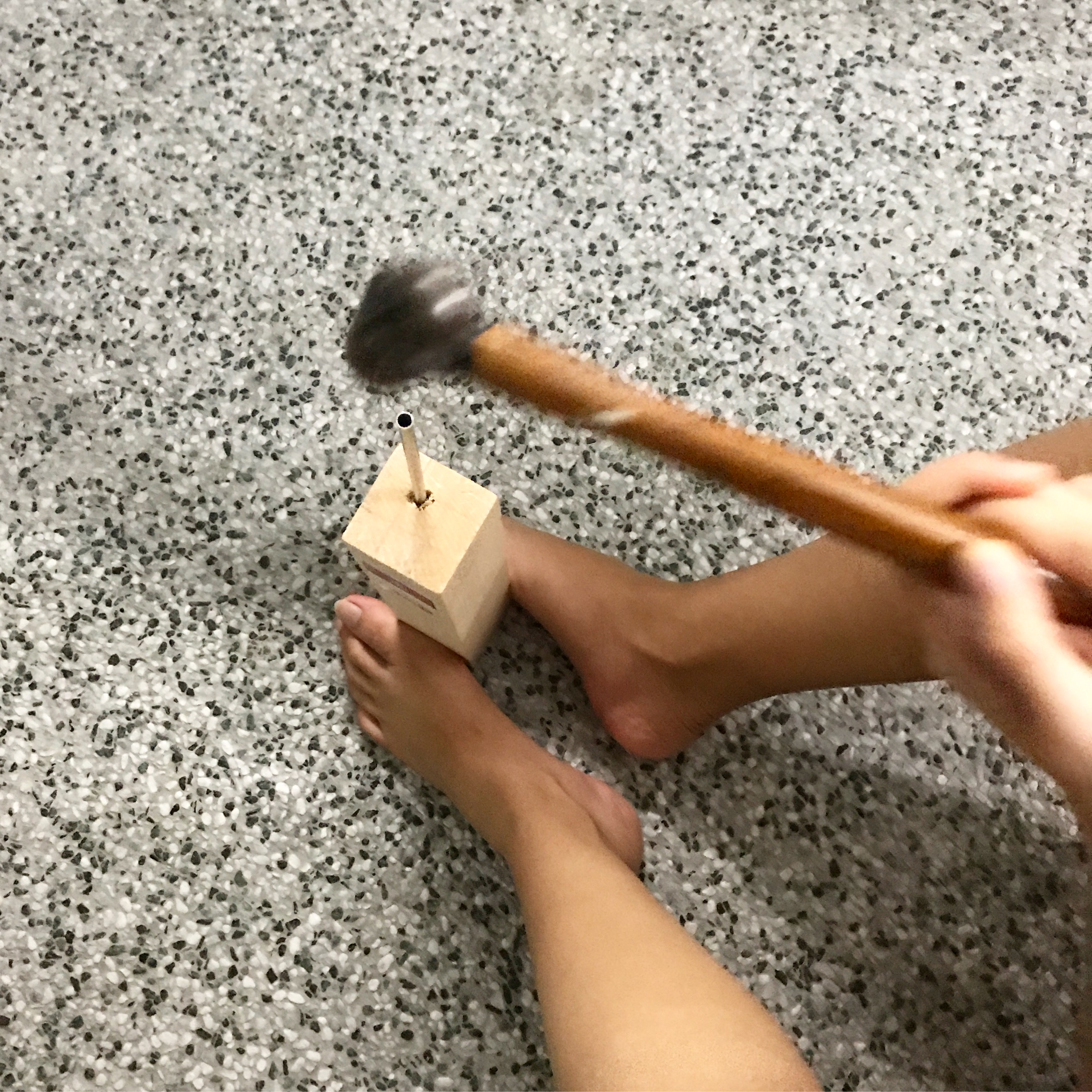 And surprisingly, IT WORKS.

IT STAYS BALANCING DESPITE THE COUNTER-BALANCE. FINALLY. 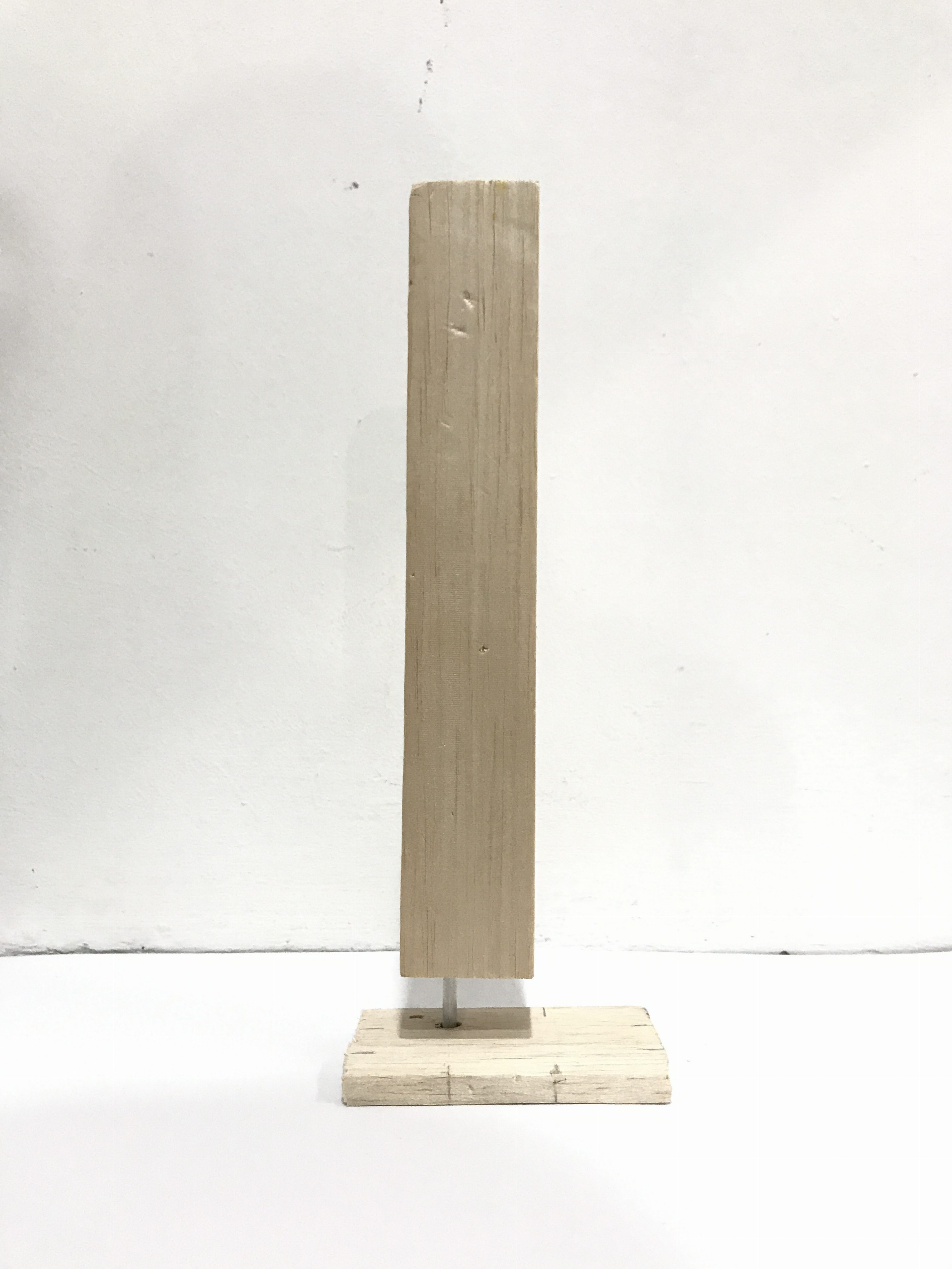 Continuation of this will be on my next post where I will go into detail on this final work. See ya there! 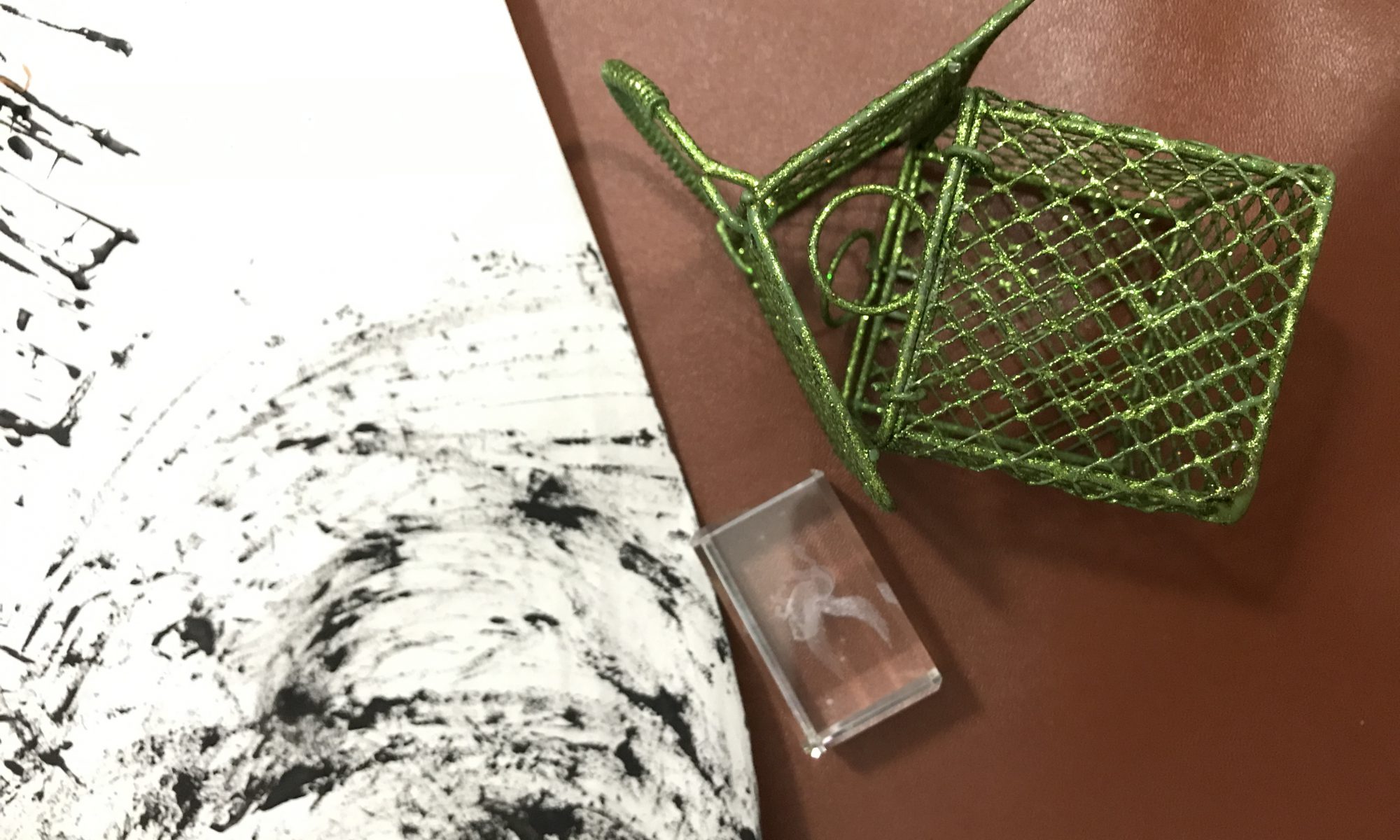 We went through this object and other 3D objects as part of last week’s 3D lesson. Here’s my 2D Sketch Analysis. 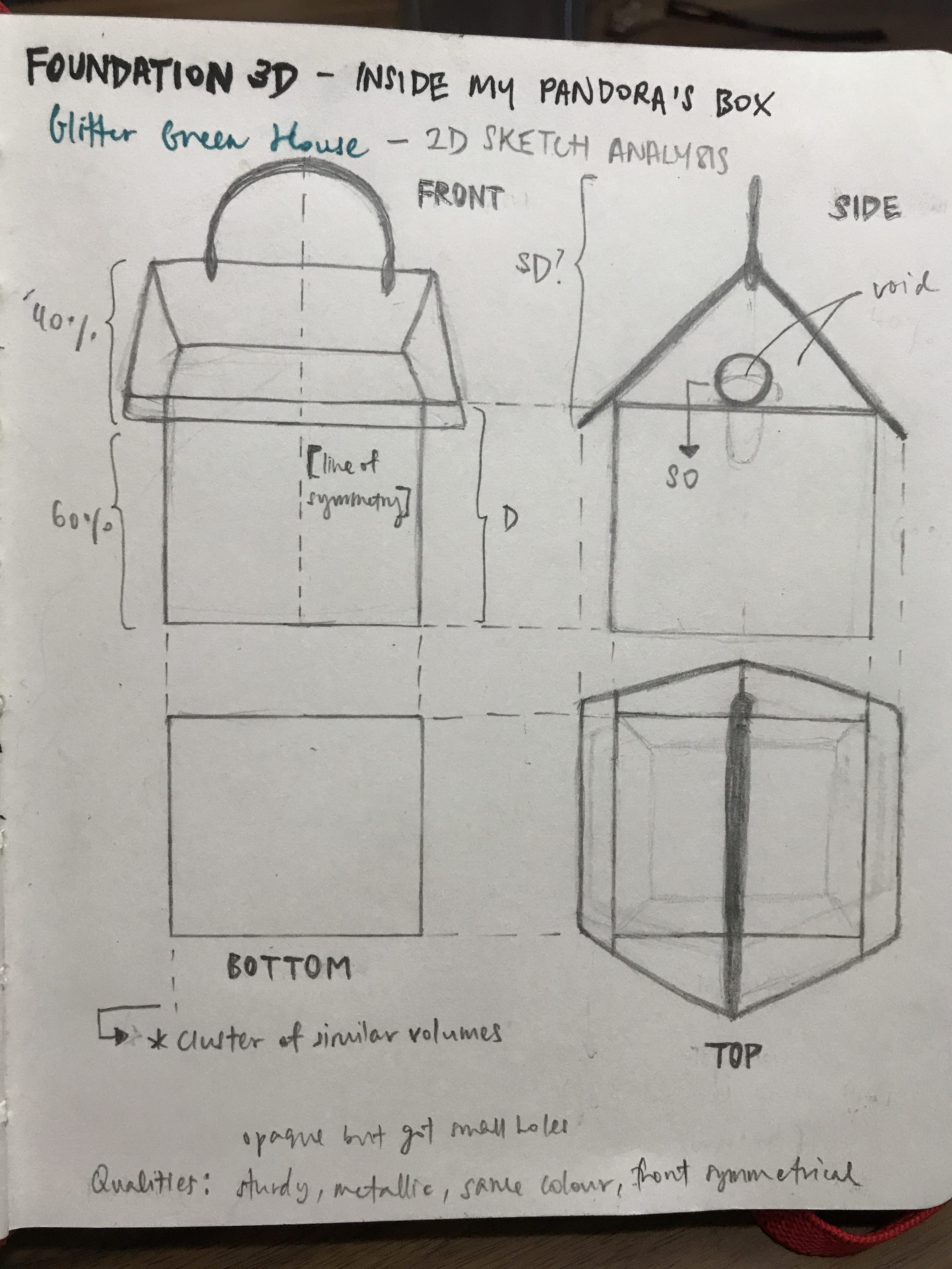 Now when looking at 3D objects, I will try and notice the 3 important things i learn about the details in a 3D object:

2) Sub-dominant (the contrast of Dominant, bringing out the quality of Dominant)

But when it comes to my object, we also have another learning point which is the term called “Cluster of similar volumes”. Because we see that even on their different sides, they each share similar volumes. (However i’m not quite sure if the dominant and sub-dominant rule still apply to this) I learn that there is a void here too – in the space where the small circle is and outside the circle itself that’s within the triangle (see SIDE picture). The little circle inside could also be the sub-ordinate (SO) as it is the only special looking thing that looks different from all the parts that has angles.

On another note, I initially wanted to bring a different 3D object for the lesson for analysis as it looks simple but the inside of it is not? It intrigues me haha i shall show it here. (pictures of it seen below) 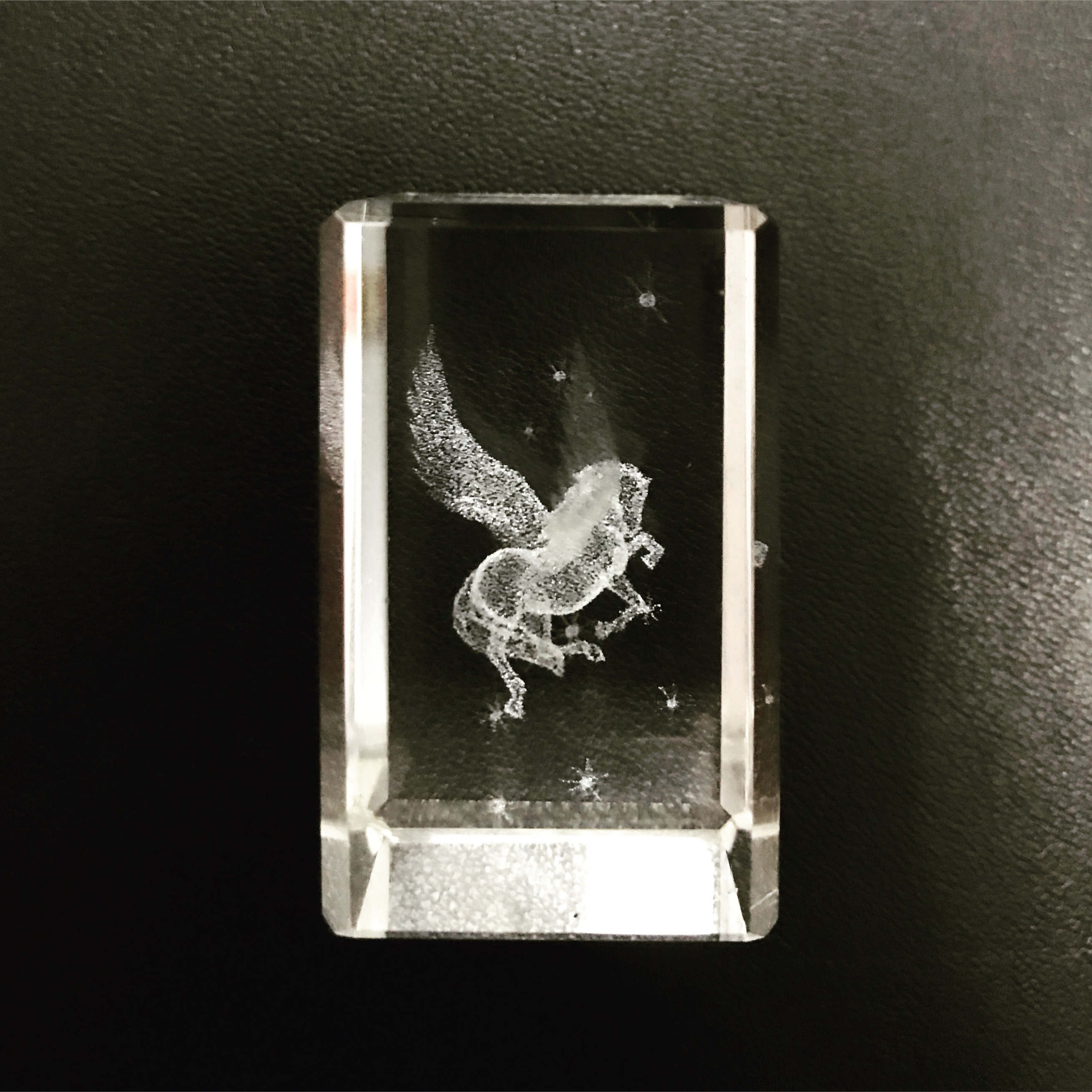 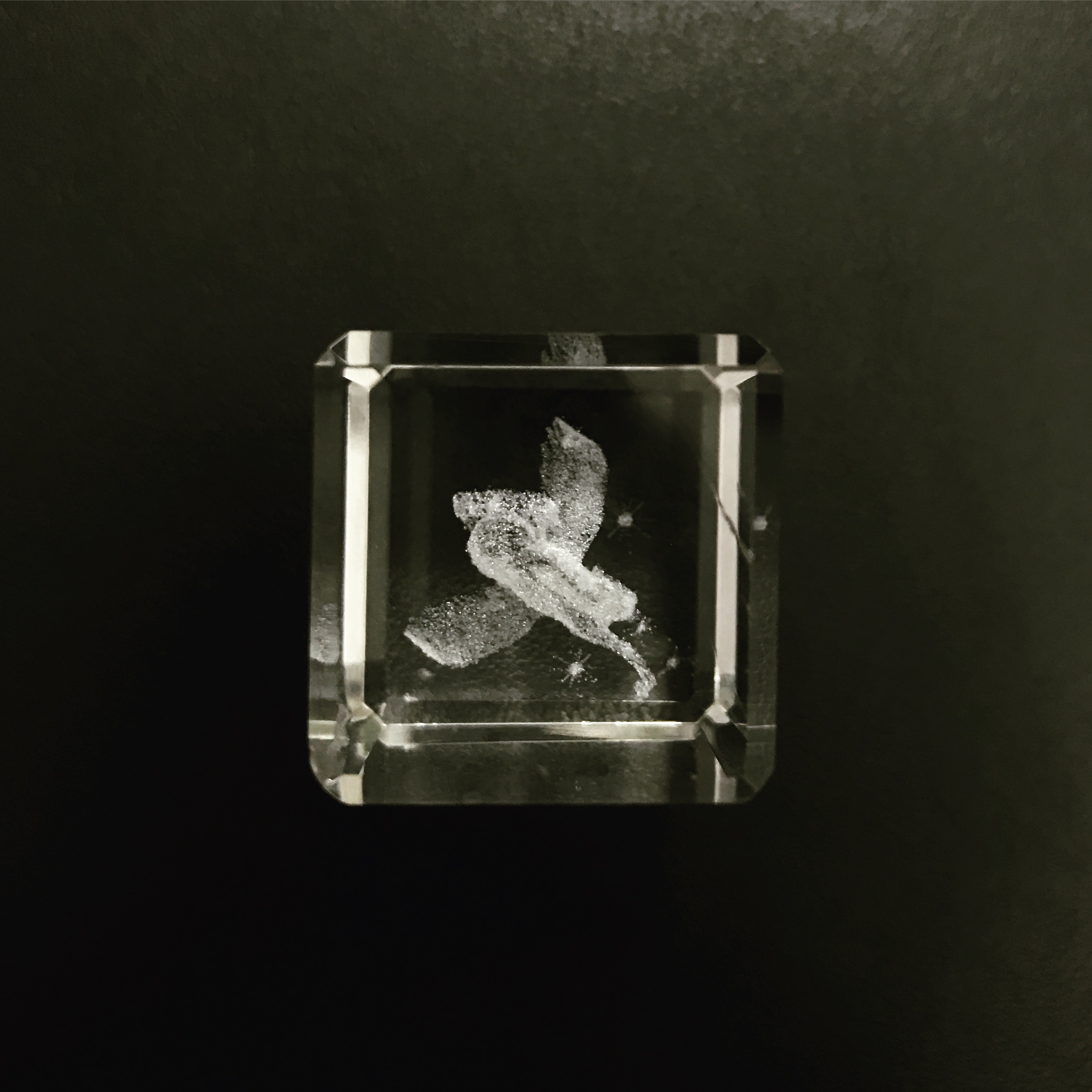 It’s a glass-like material, transparent and  a small rectagular cuboid. BUT what i realised was that, it wasn’t just a normal cuboid but the magical ‘pegasus’ feature inside was also built in as a 3D thing. It doesn’t appear flat and it has various dimensions represented, hence having this structure of a pegasus. I would insert a video in here to better show how it looks like but i tried and was still unable to post the vid despite the fact that it has a lower mb so i guess i will bring it on the next lesson to explore more about it. I’m guessing the same “rule of thirds” applies to this too.  🙂