We did some sketching of animals (copied from a book). Through studying the sketches and trying to make out of the main blocks that make up the body, I gained a better understanding of how to construct an animal figure (even though it still depends on which animal). This simple exercise was more helpful than I thought.

Here are some of my sketches: 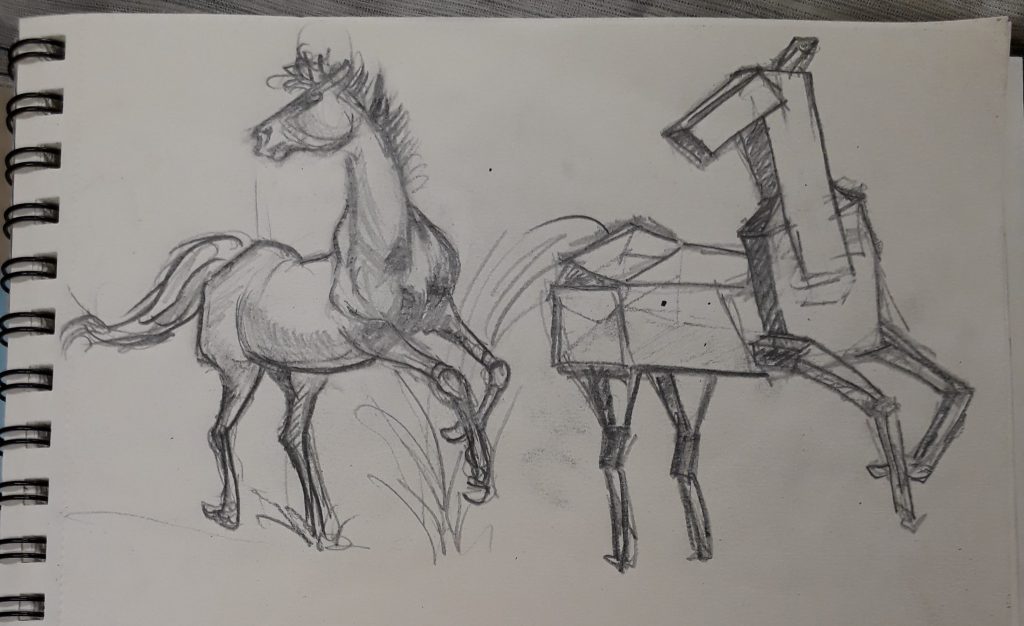 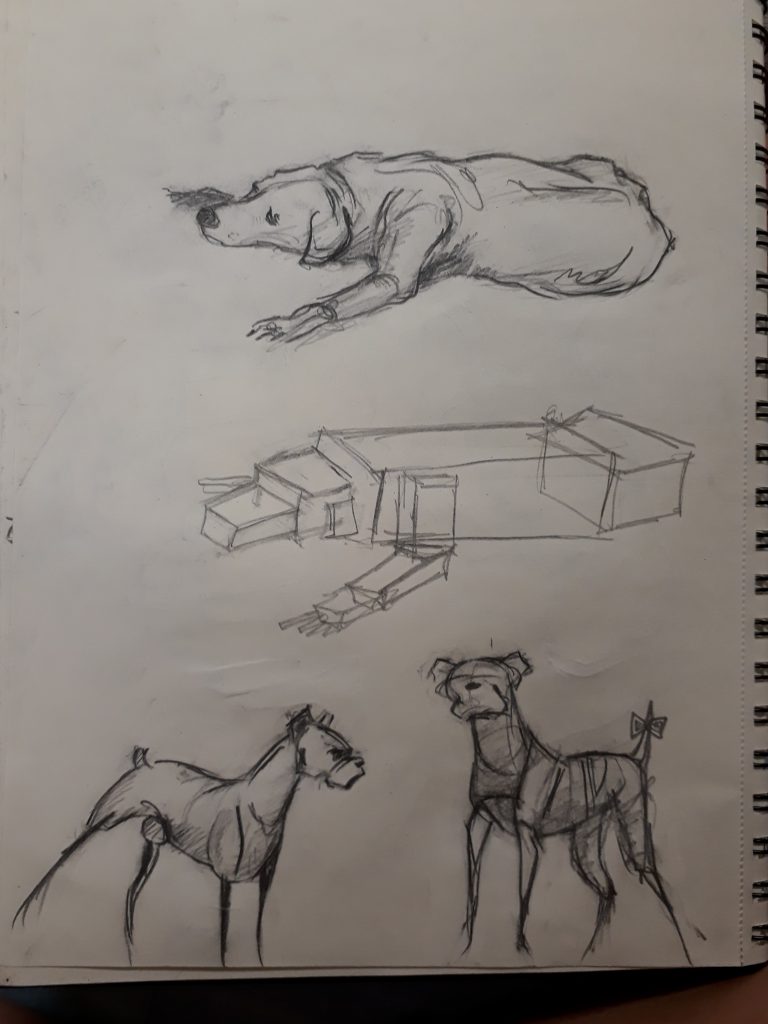 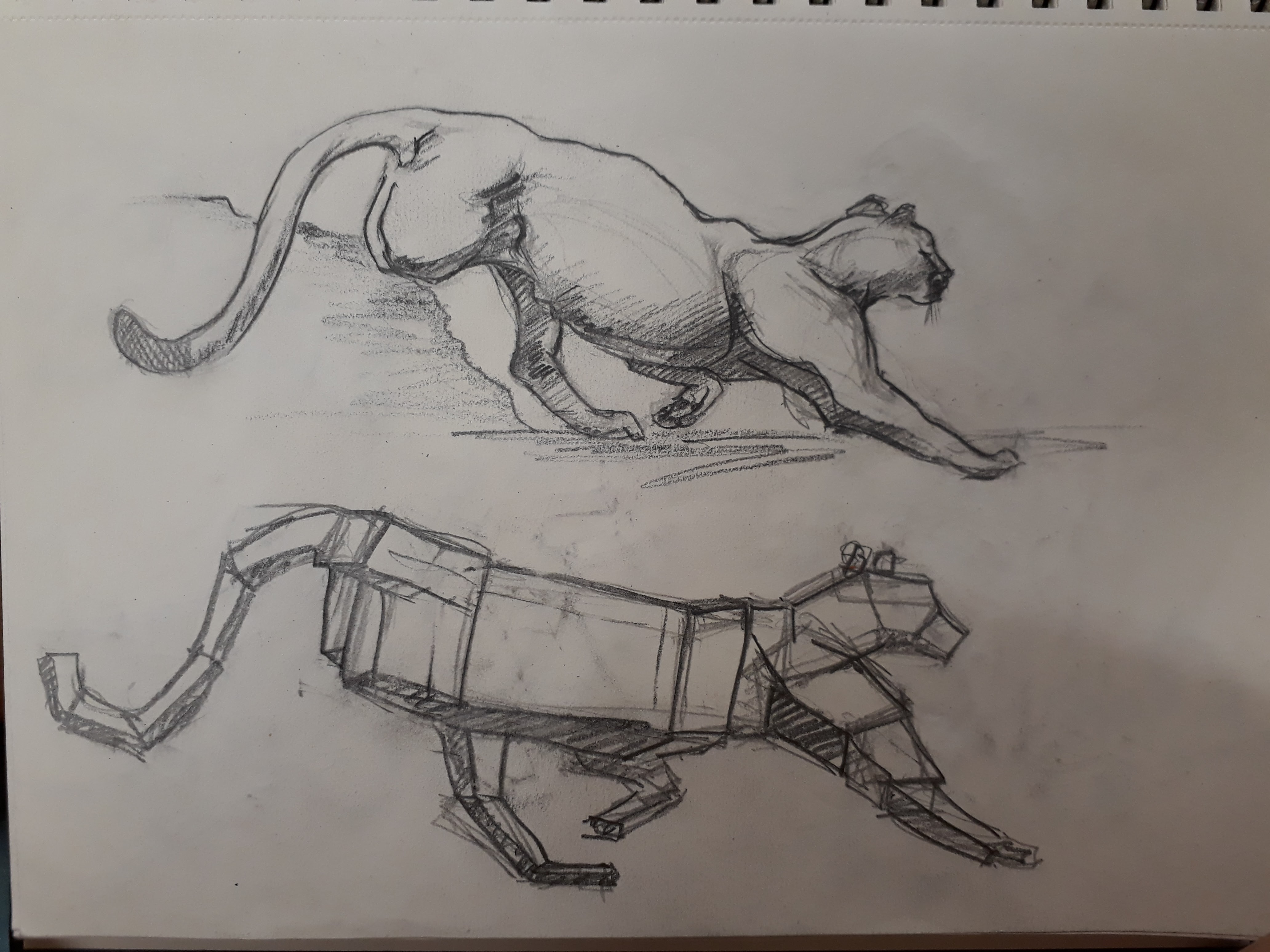 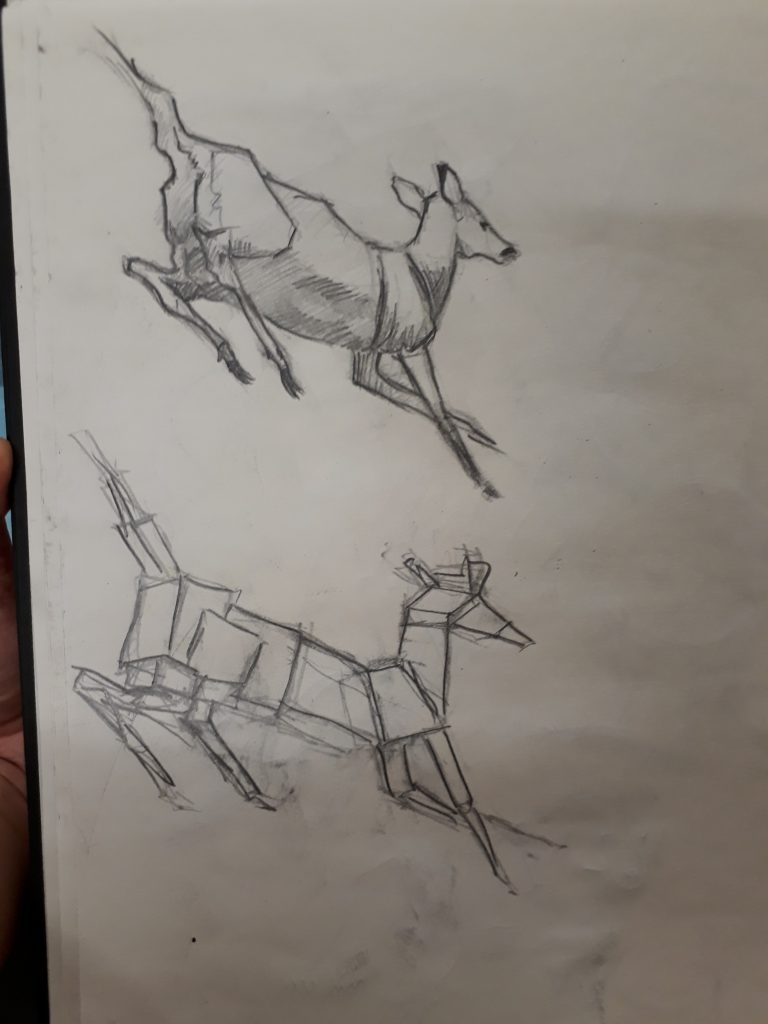 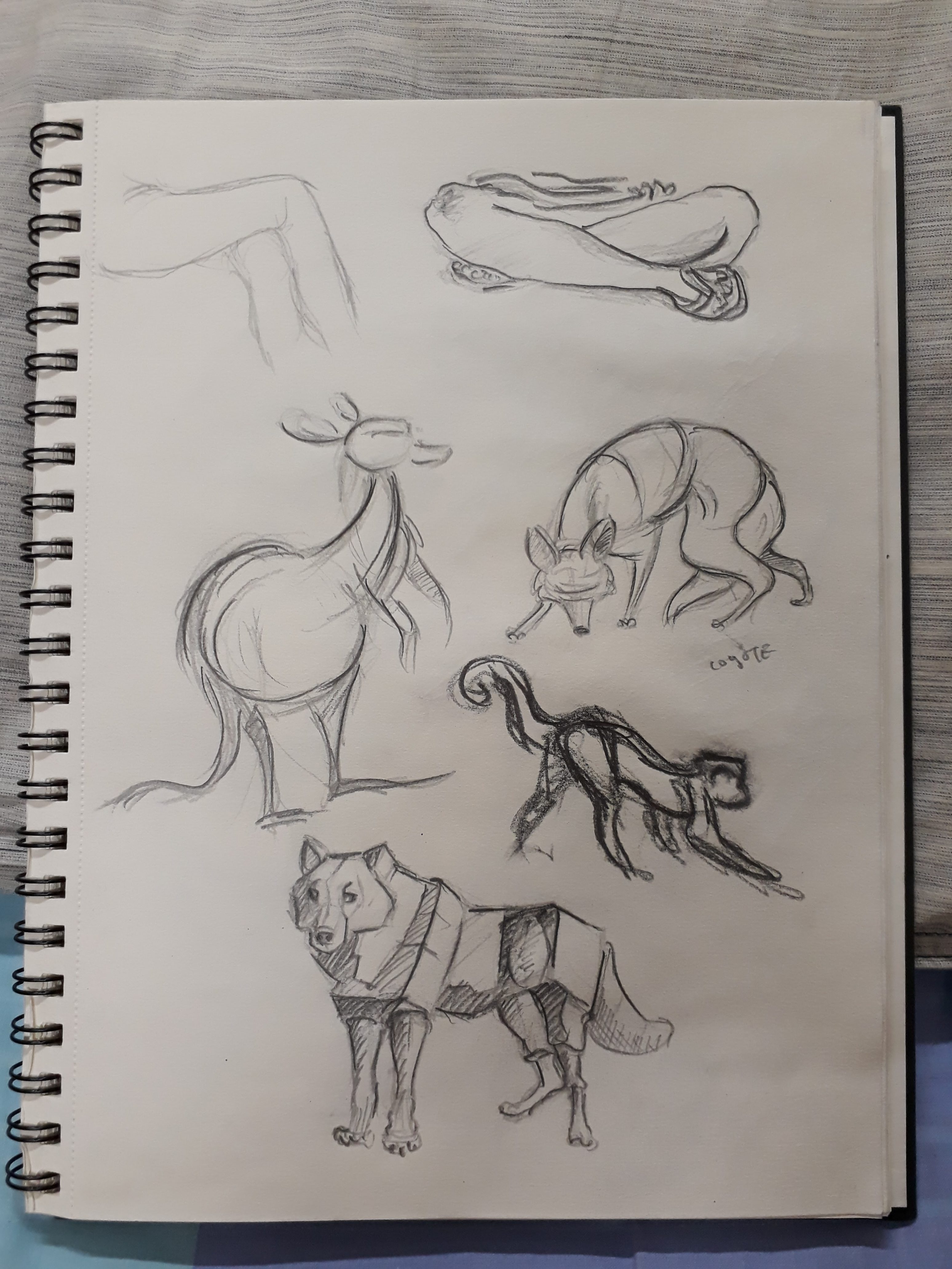 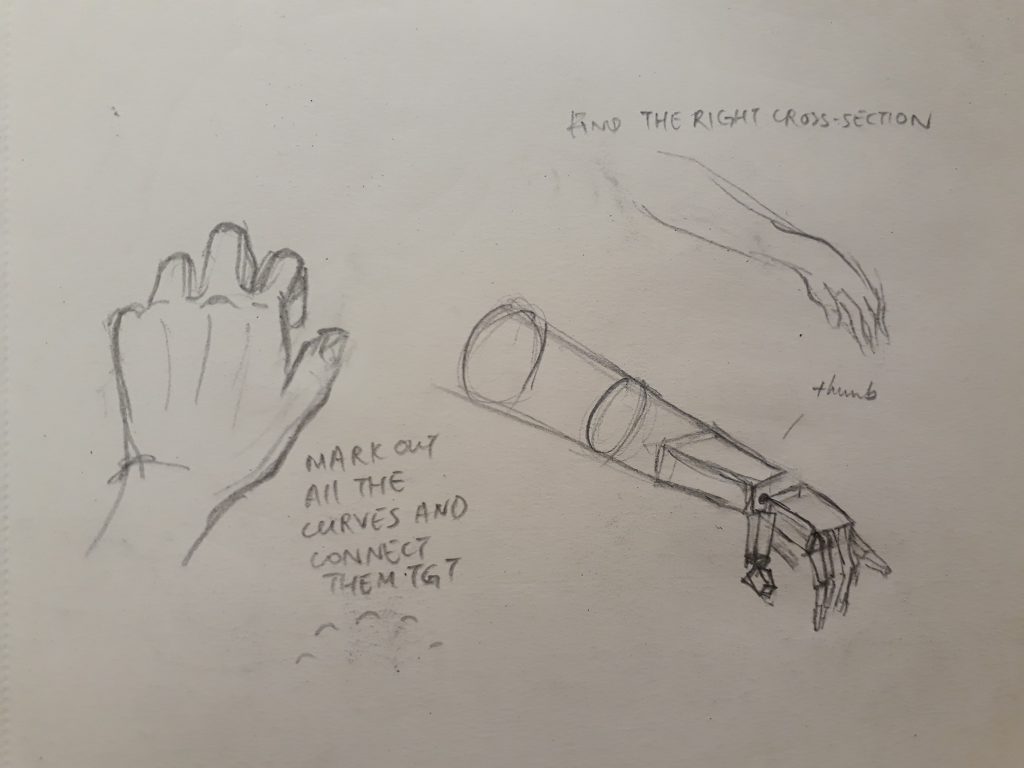 As for the arm, further away of the arm, it adopts a more cylindrical shape, which gradually becomes more like a rectangular block as it approaches the wrist. Always take note of where the thumb starts — it starts where the wrist ends. Hence the thumb block will start from the same edge as the palm block.

This is just for personal record ya :)