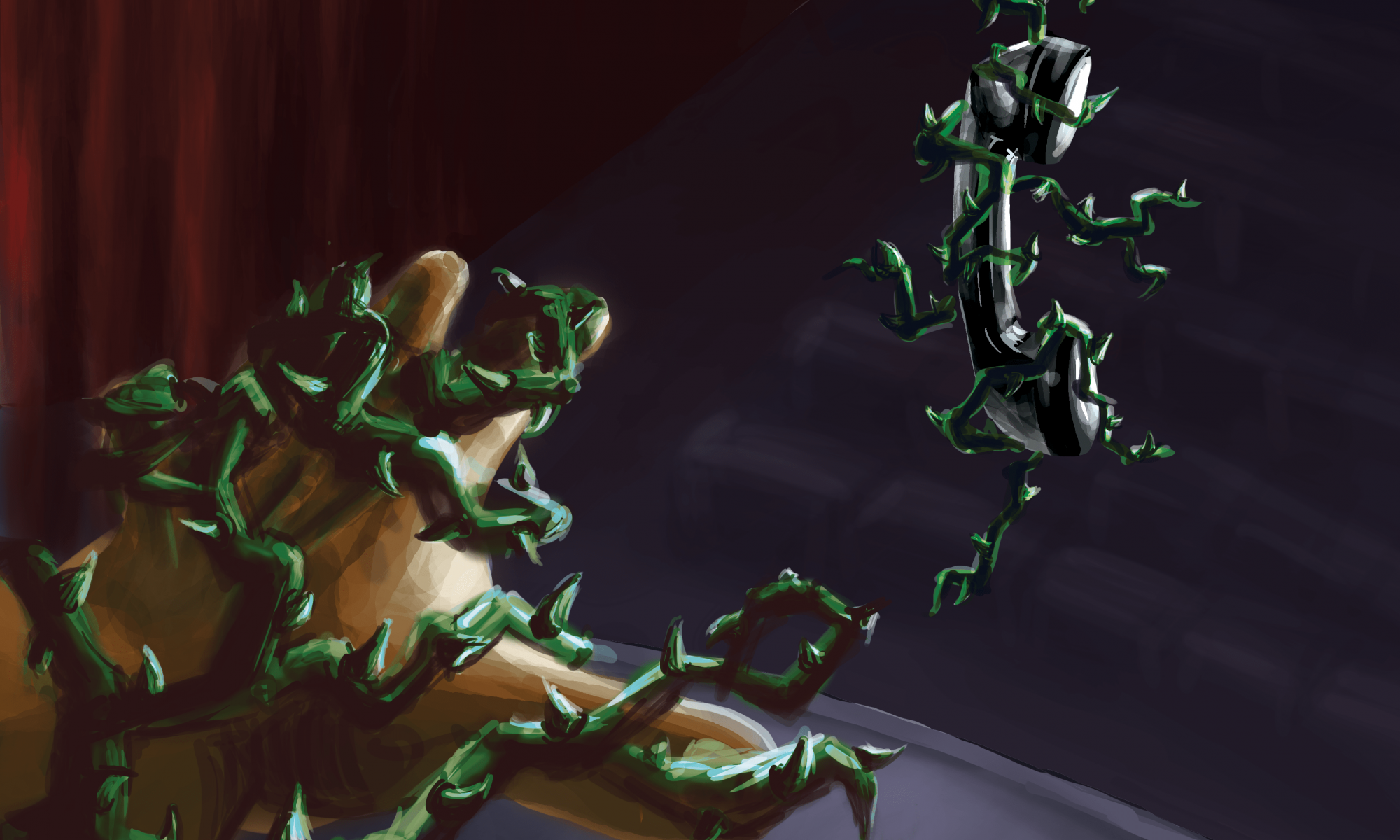 The phobia I chose for this assignment is Telephonophobia, which is the reluctance or fear of making or taking phone calls, literally meaning ‘fear of telephones’. While I personally do not have this phobia, I can somewhat relate to the anxieties and trepidation one might feel when having to handle phone calls; because I do experience that fear sometimes (in a milder form) when an unknown caller reaches me.

Following my research, I narrowed down three causes of telephonophobia that I wanted to focus on:

From the 3 main causes, I did a simple word map to brainstorm some ideas. Here are some keywords that I have identified through this process:

I realised that a parallel can be drawn between this phobia and stage fright, since the symptoms expressed are similar, eg nausea, sweaty palms, shortness of breath. Expanding on the idea of stage fright, I decided to portray the scene as having to give a speech, since, just like handling phone calls, making a speech requires one to ‘perform’ and use the voice as the primary medium of communication.

Where: On stage // in front of a telephone

Speaker’s hand holds on to the cable of the telephone, giving her the autonomy to cut the phone/back out from performance or take it

Telephone cords wrap around leg and drags on ground -> resemble chain and ball, represents weight of anxiety that rests on the speaker regardless whether phone call is taken

When: Just before performer steps out on to stage // when the first ring of phone is heard

When I coloured the image, I decided to go for a more muted and dark colour scheme to more adequately express the phobia since we usually associate scary/evil stuff with darkness and bleakness. All things are cast in shadow, except the source of fear – which the speaker will inevitably have to face.

For the second image, I decided to develop the story up to the point where the speaker is about the answer the call/make the speech. As the speaker approaches the phone, the scene becomes increasingly threatening to her. The telephone cords that previous wrapped around the speaker’s legs have now turned into menacing thorny vines that crept up the entire body of the speaker, engulfing her in fear and pain. The corresponding vines around the phone receiver shows that the telephone is the source of the speaker’s misery.

I have used the same colour scheme for both images to keep them coherent. I chose the complementary red-green colour scheme, because firstly they help viewers recognise objects in the scene (eg stage curtains and vines), and secondly the contrast lends a vibrancy to the scene, making it look even more alarming. Red-green complementary is particularly known for being able to express dark and heavy scenes and are commonly associated with villains and monsters — which is very apt in this case and further accentuates the danger the the vines pose to the speaker.