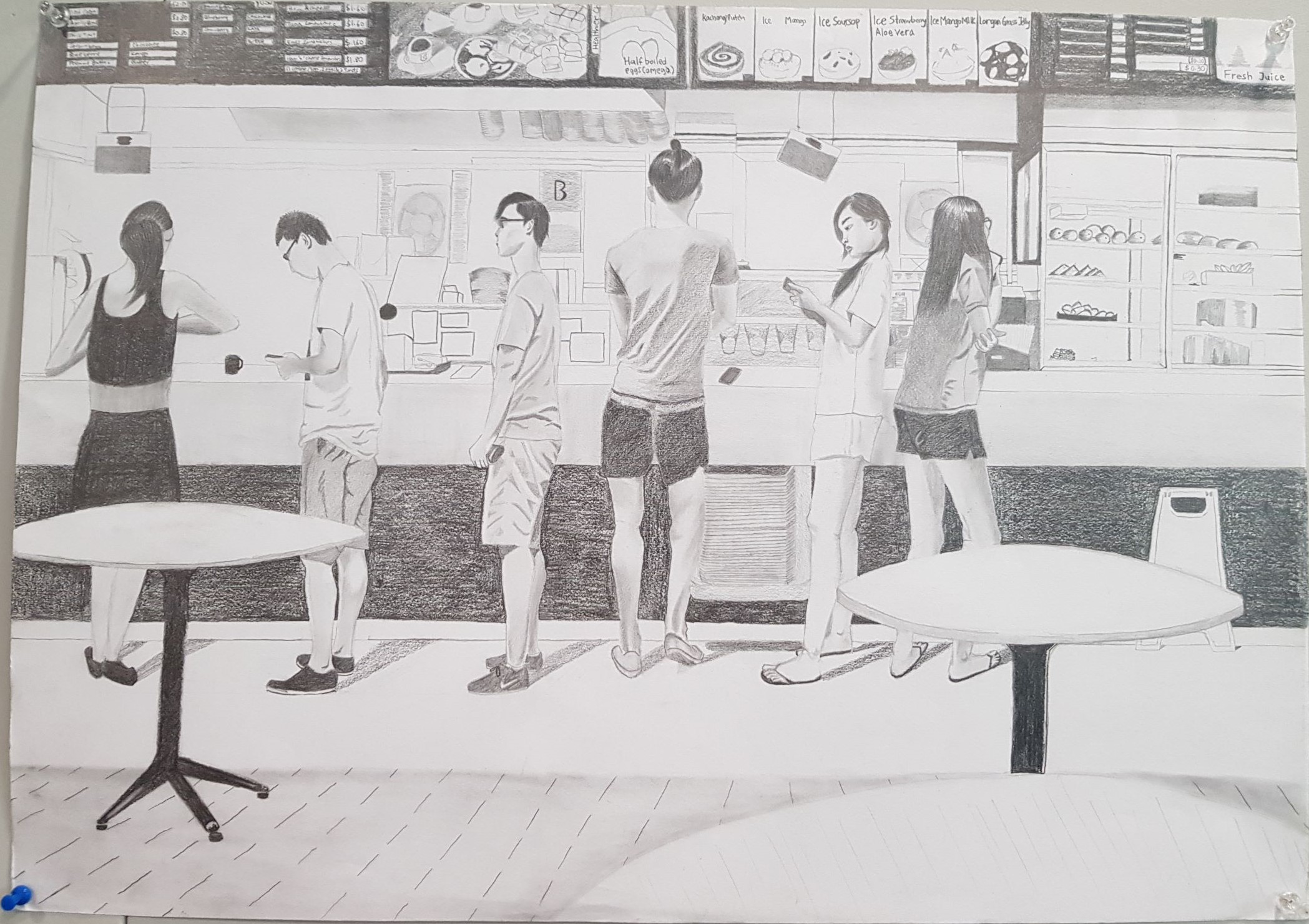 Brief:
Combining many of the lessons and concepts of drawing we have covered so far, your assignment is to design a composition that depicts at least 6 people in a queue that you feel would be interesting to record. The space you choose should have opportunities for you to draw interesting perspectives, objects, textures, etc.

The drawing must be done on location and from observation.

I had drawn this at the Canteen 1 drink stall. The main goal I had set out for was to create a naturalistic drawing of the location, making it convincing and clear the foreground, mid-ground and background. The figures were rather hard to capture in real time, so I had to do a lot of figuring out, especially for the shirt folds and shades. I had focused greatly on the use of different tones to create a hierarchy. I felt that it was important to emphasis the lightest light and the darkest dark in the drawing. The solution that I came up with was tied together by the positioning of the light source for the character. 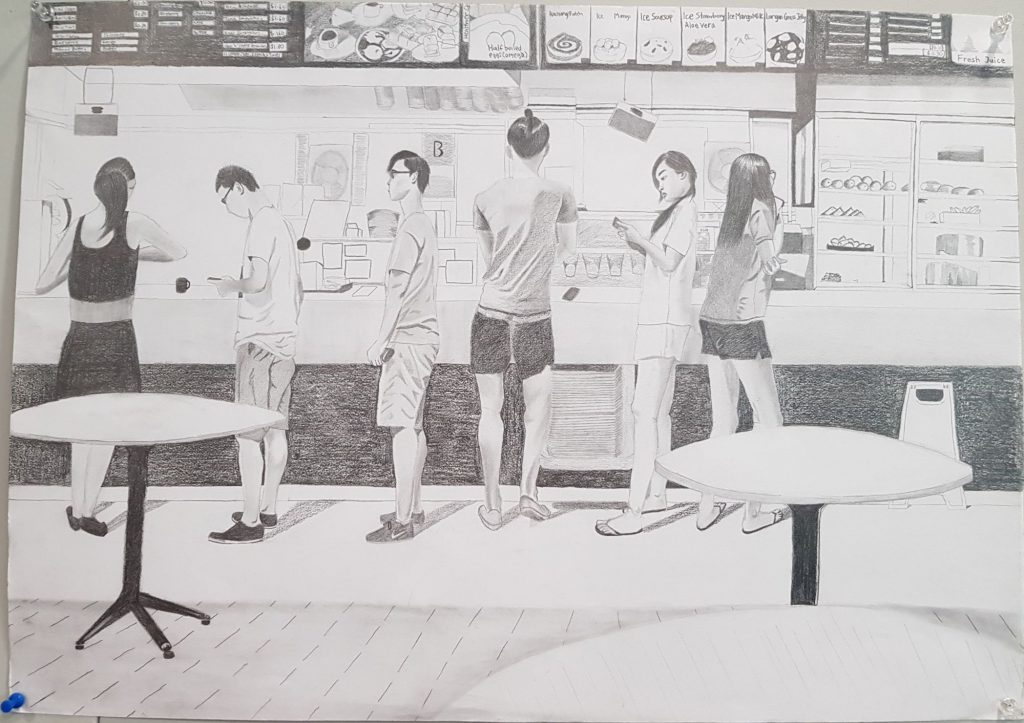