New Media: A critical introduction provides a holistic approach to new media and attempts to convey its message of historical presence in everything ‘new’, as it states that something old was once new as well. Drawing influence from popular culture, political economy, the sciences and philosophy, the book tackles the emergence of new media as a juxtaposition of such factors, surfacing the complexity in dealing with new media.

Media studies thrives on problems, in which we attempt to creatively ‘answer’ and/or bring to light the issues to the masses. It may not necessarily have the solution, as some problems are way too complex to be solved through our current means and may present underlying issues that may have set its foundation. We look towards an ‘upgrade culture’, with the practice of upgrading, the computer becomes a technology in flux, rather than a stable piece or completed technology.
New media exists in different contexts, and its contextual nature means that the definition of new media changes as time passes. As a contemporary society, we survey what lies in the distance and do not simply stay above the tidal wave, but to look beyond it and make appropriate assumptions about the future to build upon our everchanging new media landscape.

The characteristics of new media: some defining concepts encourages one to be introspective and take a second look at what new media entails. 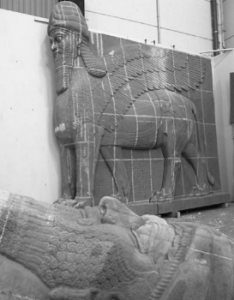 Work done by artists and technicians of ‘Factum­—Arte’, a group who use digital technology to reproduce ancient artefacts such as sculptures, monuments, bas-reliefs and paintings. These are material facsimiles, replicas of the original works in physical form by using 3D scanners, computers, printers and drills. As mentioned in the book, it is a rare case of digital technology being directly connected to the production of physically massive artefacts rather than virtual images on screens, which some equate to the disposition of new media in art. While it is true that new media covers virtual reality and simulations, it would be naïve to ignore interactivity, hypertextual and digital elements that form new media. Recognising what a technology is – really and physically – is a crucial, if a partial and qualified aspect of a media technology’s definition.

Interactivity has undergoing much redefinition, the concept has been described it as such: to declare a system interactive is to endorse it with a magic power. While old media offers passive consumption, new media offer interactivity. To me, interactivity is to change the way consumers receive their information, instead of a one-way communication, interactivity attempts a two-way communication and the consumer becomes a participant, the new media platform becomes active and everchanging in receiving a different response from every interaction. Take for example visual culture. Visual Culture has been credited with leading us to view the world through different lenses. The central issues faced by photography, film and cinema have been their realism and their nature of visual representation. In new media, the analogous nature of traditional visual culture has been replaced, or ‘upgraded’ by integrating elements of ‘digital’ representation. For example, in virtual reality, representation is displaced by simulation, and this is considered in the context of computer-generated animation, special effects and digital cinema. Linking back to interactivity, the integration of such complex computer manipulations helps us understand the relationships between human creativity, technological potential and the possibilities offered by markets.

Medium is defined as the space that exists for a form of communication to happen (in the new media context). In the contemporary context, we tend to focus on digital medium rather than an analogous medium. We can all agree that the choice of medium affects the experience of both the creator and the participant. First of all, why is new media described as digital in the first place? What does digital actually mean in this context? Instinctively, we might perceive digital as a form of translating analogous data into binary information, but that may not be accurate. Instead, digital represents the translation of data, whether visual, sound or textual into numbers. In this manner, we can manipulate digital information by using algorithms, addition and subtraction to change the information to be received as screen displays. Analogue, on the other hand, refers to processes in which one set of physical properties can be stored in another ‘analogous’ physical form. Taking Factum – Arte for example, although the sculptures manifested in physical form, the artists have programmed it through complex technology to translate that visual information into numbers, and then using those numbers generate the possibility of converting the digital information into physical form through 3D printing.

Next, we will discuss interactions through text. 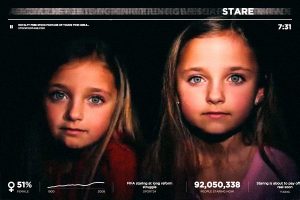 Network Effect by Jonathan Harris – as previously mentioned by Proj Dr. Dejan, the idea of obsessiveness is accentuated by works such as these – to stimulate the mind and using the Internet – a platform commonly used to feed obsessions and a source of information, where one can use to navigate his/her way to discover and realise their needs/desires. Network Effect acts as a counter-productive experiment, to make participants feel more weary and ‘less’ after spending time on the platform. Network Effect transcends beyond its media platform, the passive consumption diminishes as Harris integrates interactivity by manipulating user behaviour and feed their obsessions. By setting a limitation on the time spent on his website per day(using a calculate related to the average life span of users in each country), he denies users the freedom the Internet so provides, and sends a message that the Internet may work in more ways than one. He provides perspective on the Internet, originally as a tool of knowledge and empowerment, and later as a tool of obsession, creating the phenomenon of ‘Fear of Missing Out’ so that users feel the lack, the temptations and leave them wanting.

‘The end results of such interactions will be that the user constructs for him or herself an individualised text made up from all the segments of text which they call up through their navigation process. The larger the database the greater the chance that each user will experience a unique text.’

Harris employs hypertextual navigation to creating unique experiences and outcomes from interacting with his work. His large database, which consists of videos and images pulled from the Internet itself, is constantly updating, refreshing and growing. This, as mentioned above, will increase the chances that each user has an unique experience through Network Effect.

In retrospect, Jonathan Harris uses Network Effect to exemplify that Internet parallels the computer as a medium, in which it remains as technology in flux, where upgrade culture can continue to exist on the same medium even in the future.