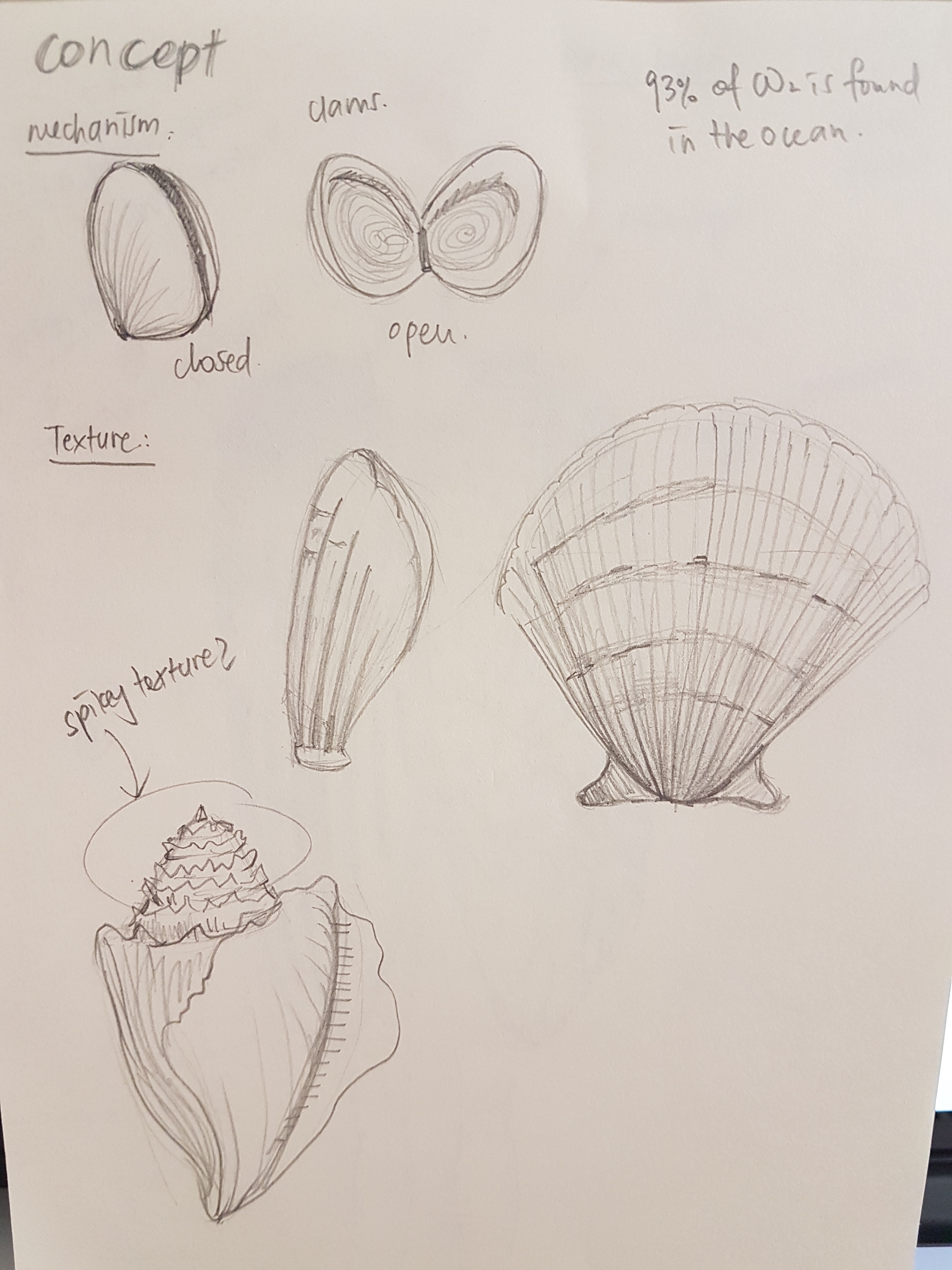 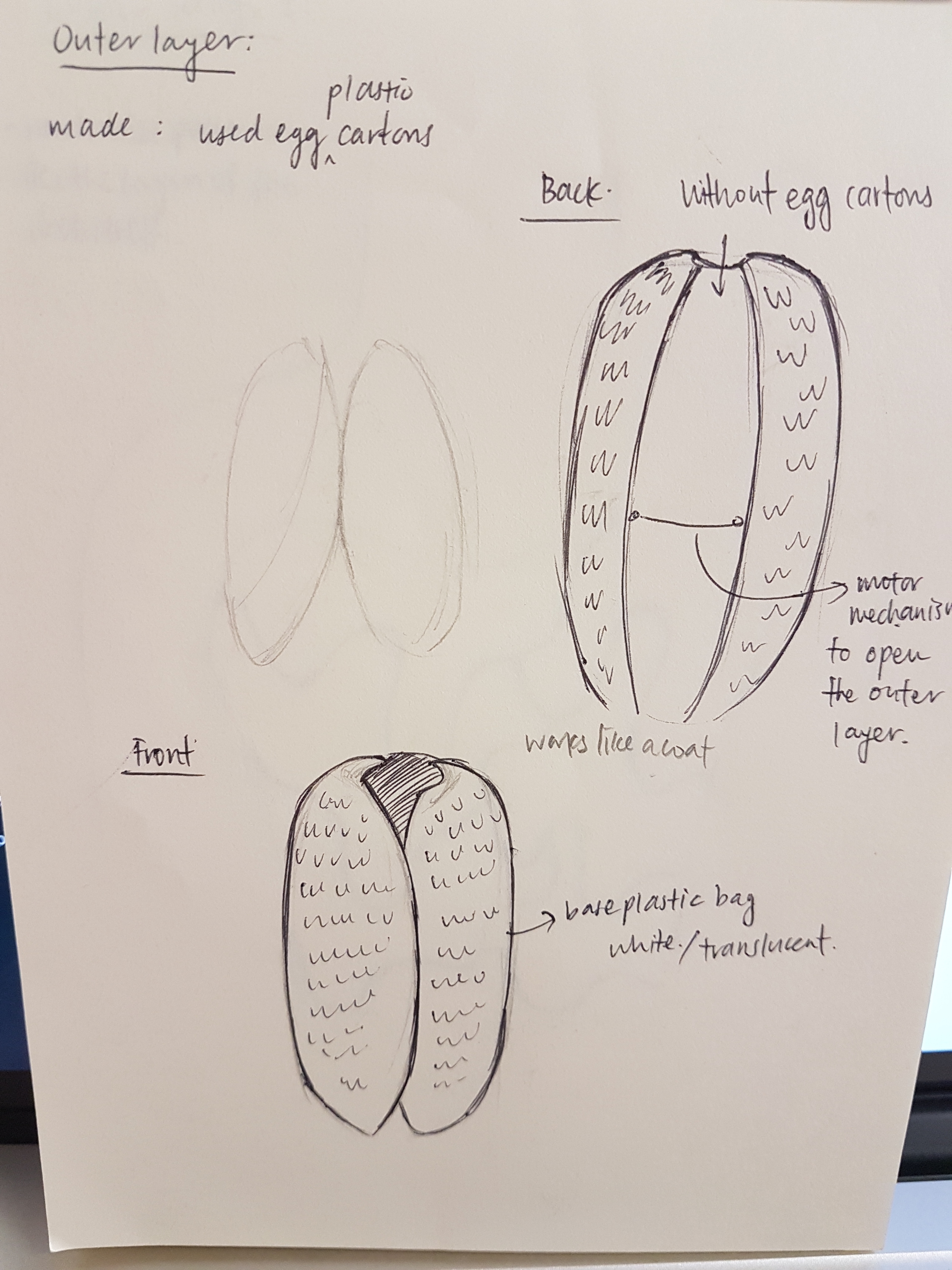 I want to create an outer layer that imitates the shape of a shell and also the action of it. 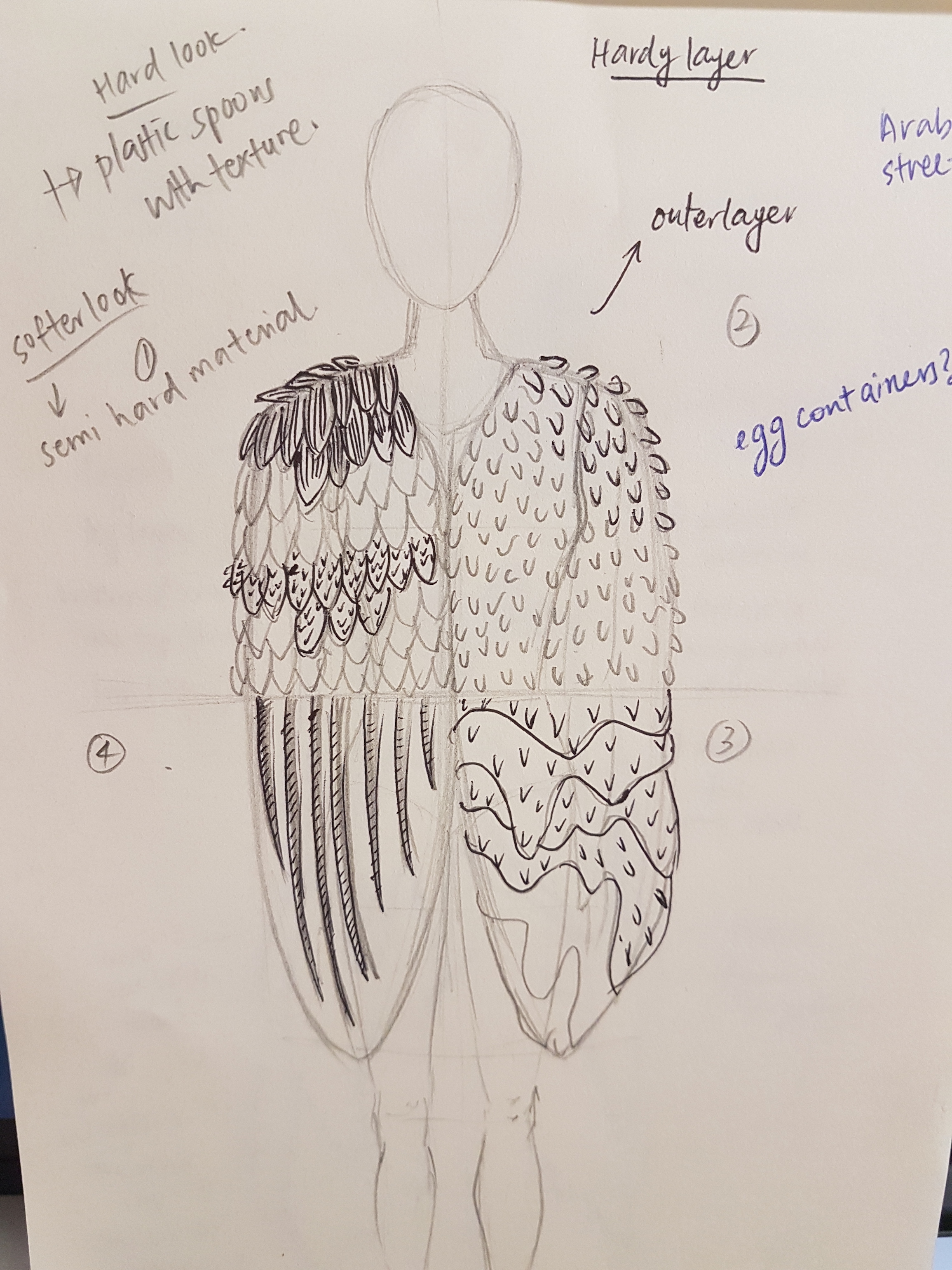 I tried drawing out different designs of how i might want the texture on the outer layer to look like. I came up with this four design which I thought could go with the shape of the outer layer. In the end, I decided to go with the design on the top left corner as it looks like mine shells and still can show the texture of a shell when being looked at from afar. 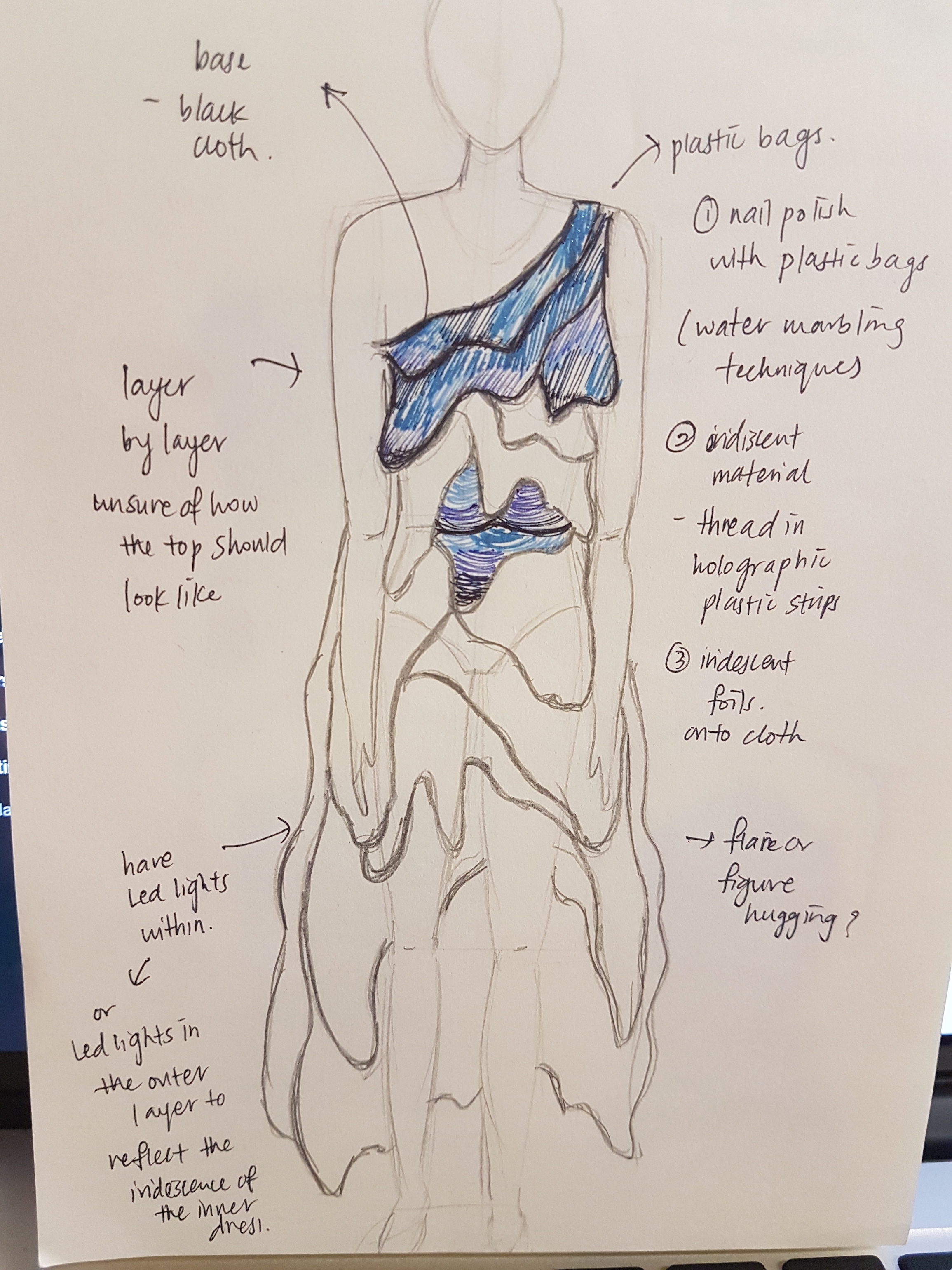 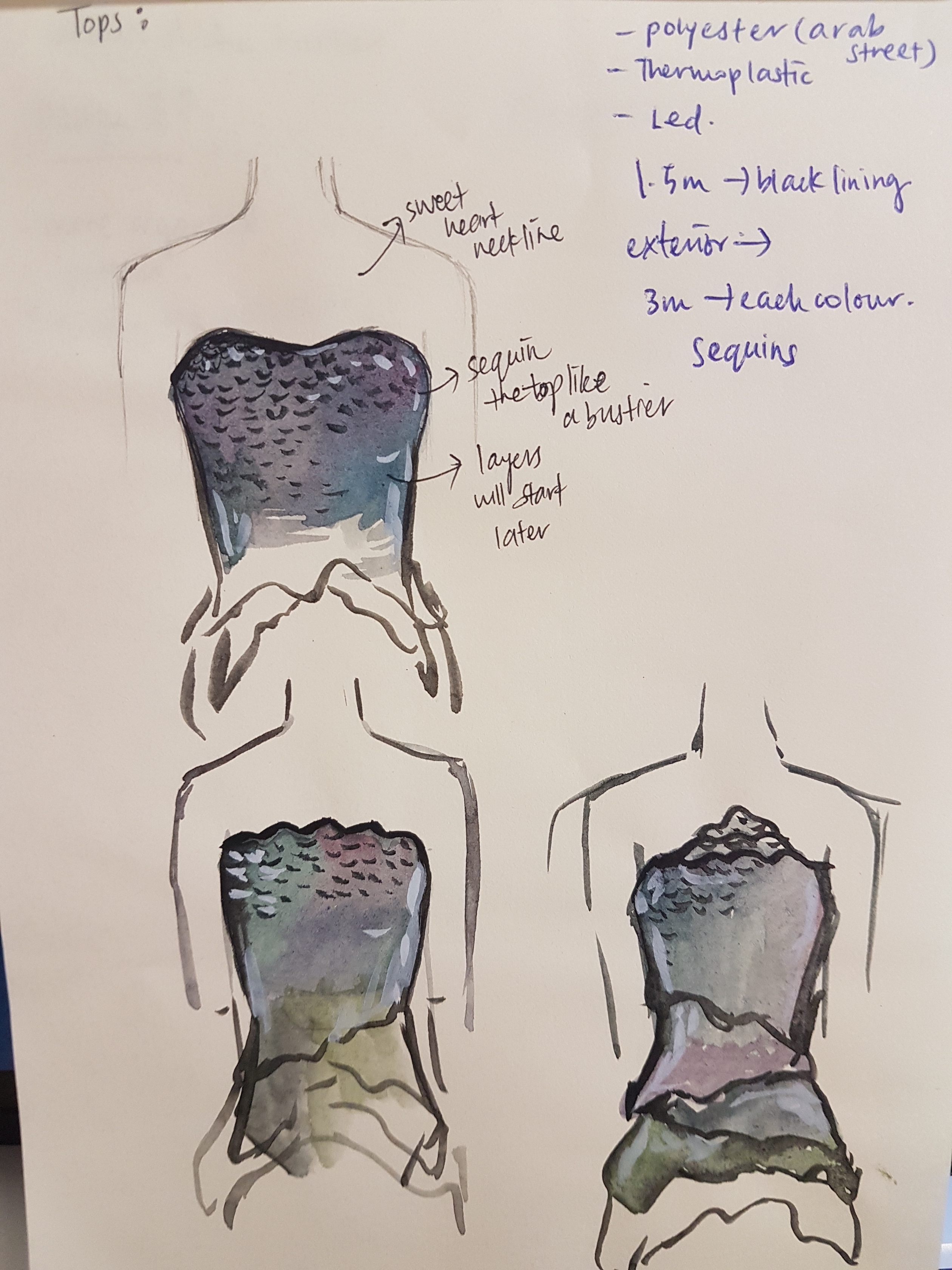