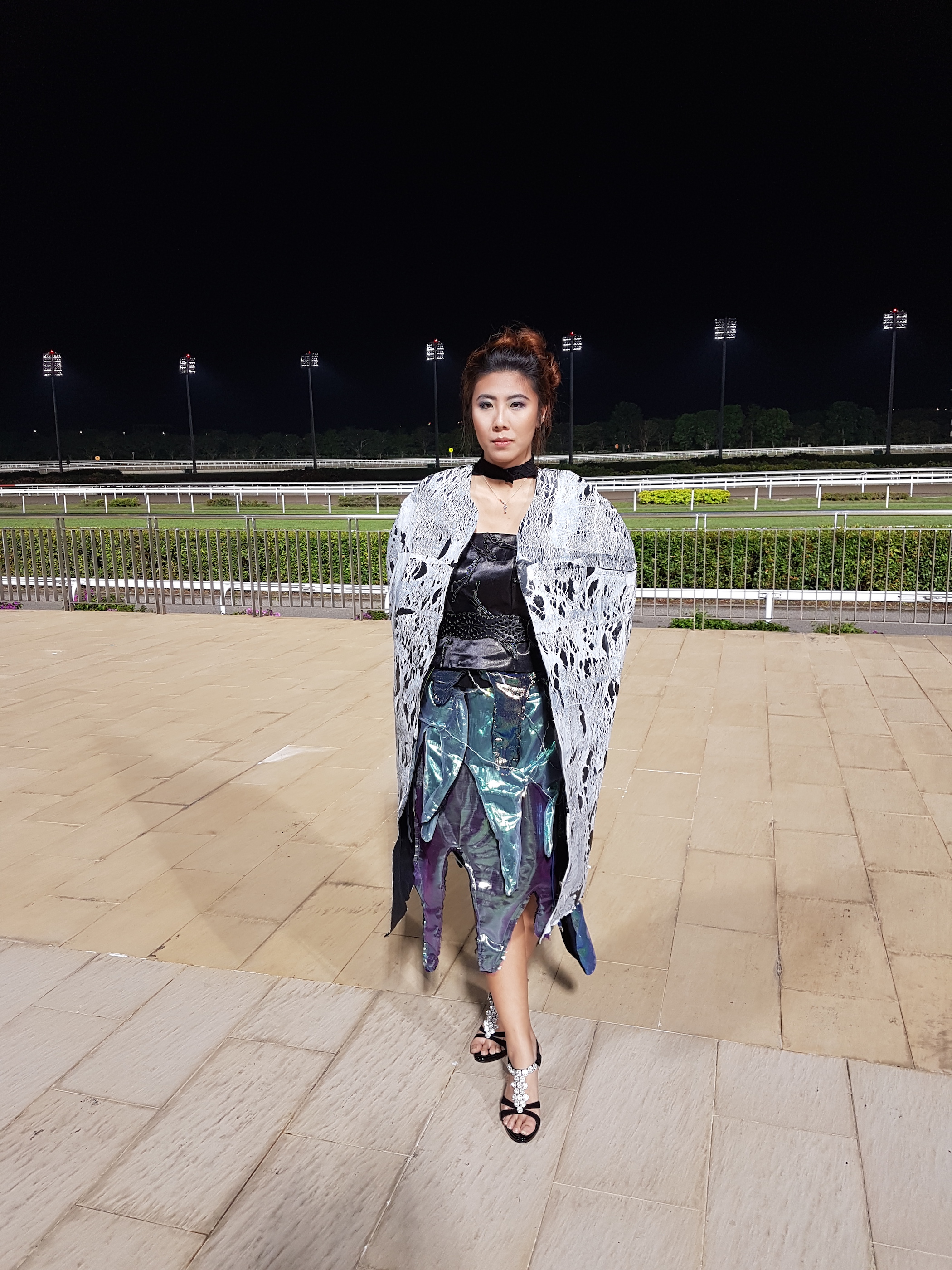 My design is inspired by the beauty and the usefulness of shells. I feel that they are very  underrated objects in the sea. Most people only like and collect shells due to its beauty and the nice texture and pattern that is comes in but many people are not informed of how useful and important it is in our environment. 97% of the carbon dioxide in the atmosphere is found in the sea. With global warming and pollution going on the amount of carbon dioxide released into the air and the sea is increasing. When carbon dioxide waste is being released into the sea, the amount of carbon dioxide increasing which actually results in the change in ph level of the water in the sea. If you approach any fish shop owner, they will be able to tell you how a slight change in ph level in the fish tank will cause ur fish to get sick and eventually die. This is exactly what is going to happen if the amount of carbon dioxide in the sea keeps increasing. Soon, we will be losing marine life that we might have yet to discover and they would be extinct even before we know it. Seashells are made out of calcium carbonate, they use the carbon in the sea to form their shells. This reduces the amount of carbon in the ocean to form carbon dioxide and helps to maintain the level of carbon dioxide in the ocean. Therefore, I chose it as my topic so that I can raise the awareness on the importance of shellfish in the ocean. I wanted to have an outer layer that has texture but does not seem too stunning until the outer layer opens up and reveals the insides which is what I want the viewers to fell when they are exposed to the benefits of shellfish in the ocean. I was inspired by the colours of the abalone shell which is reflected in the colour choices in the inner dress showing the wow factor of the dress. 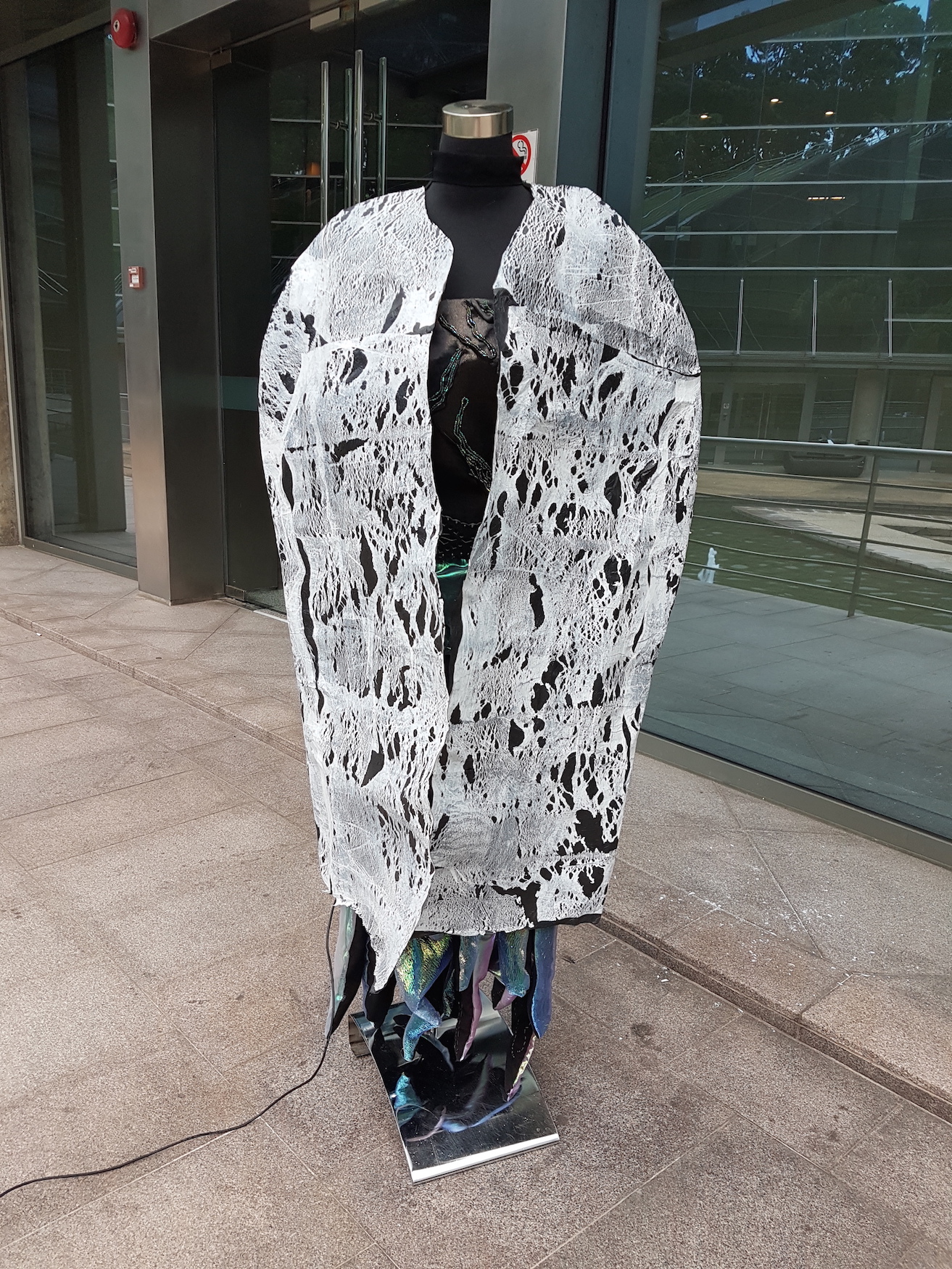 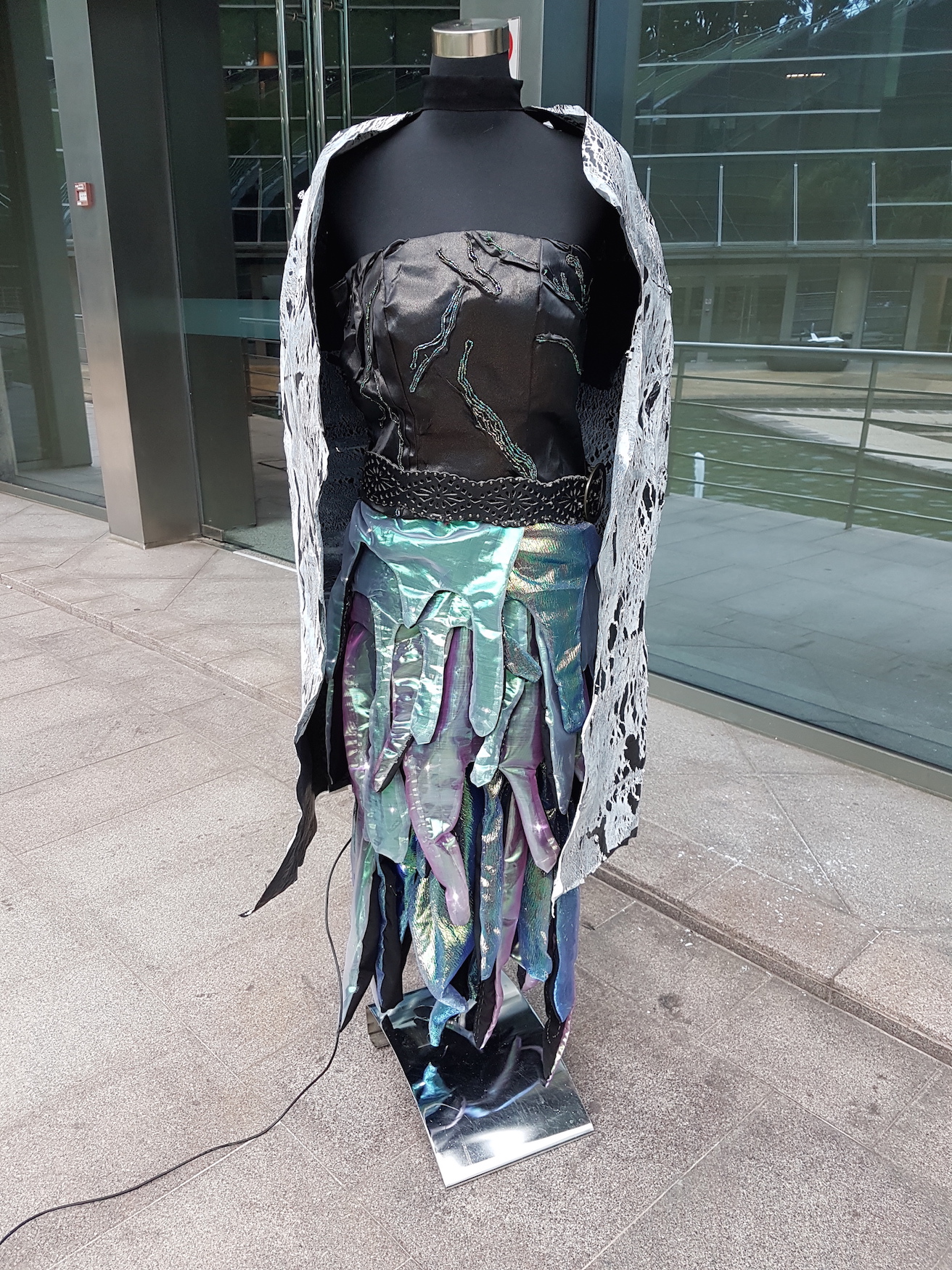 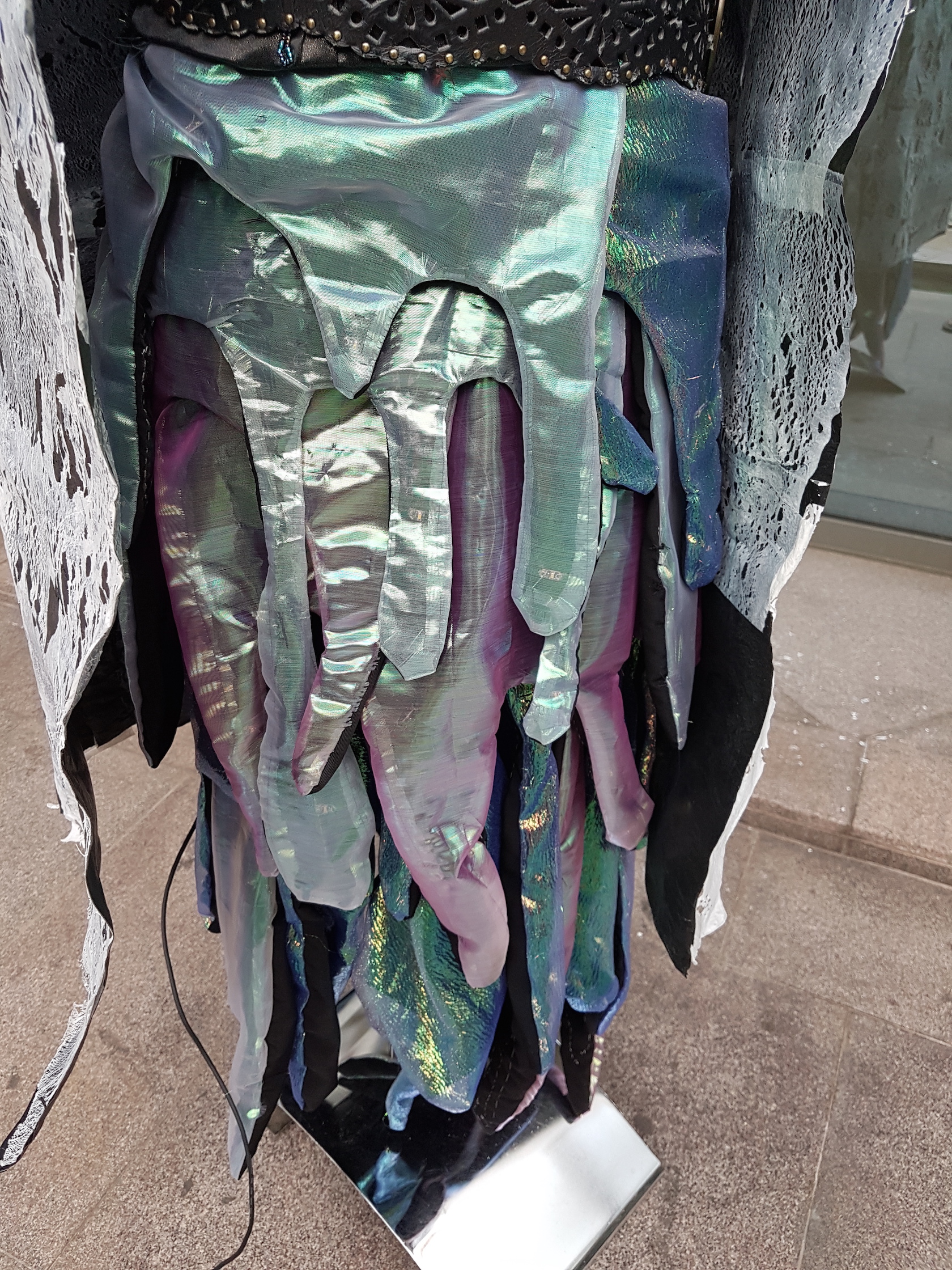 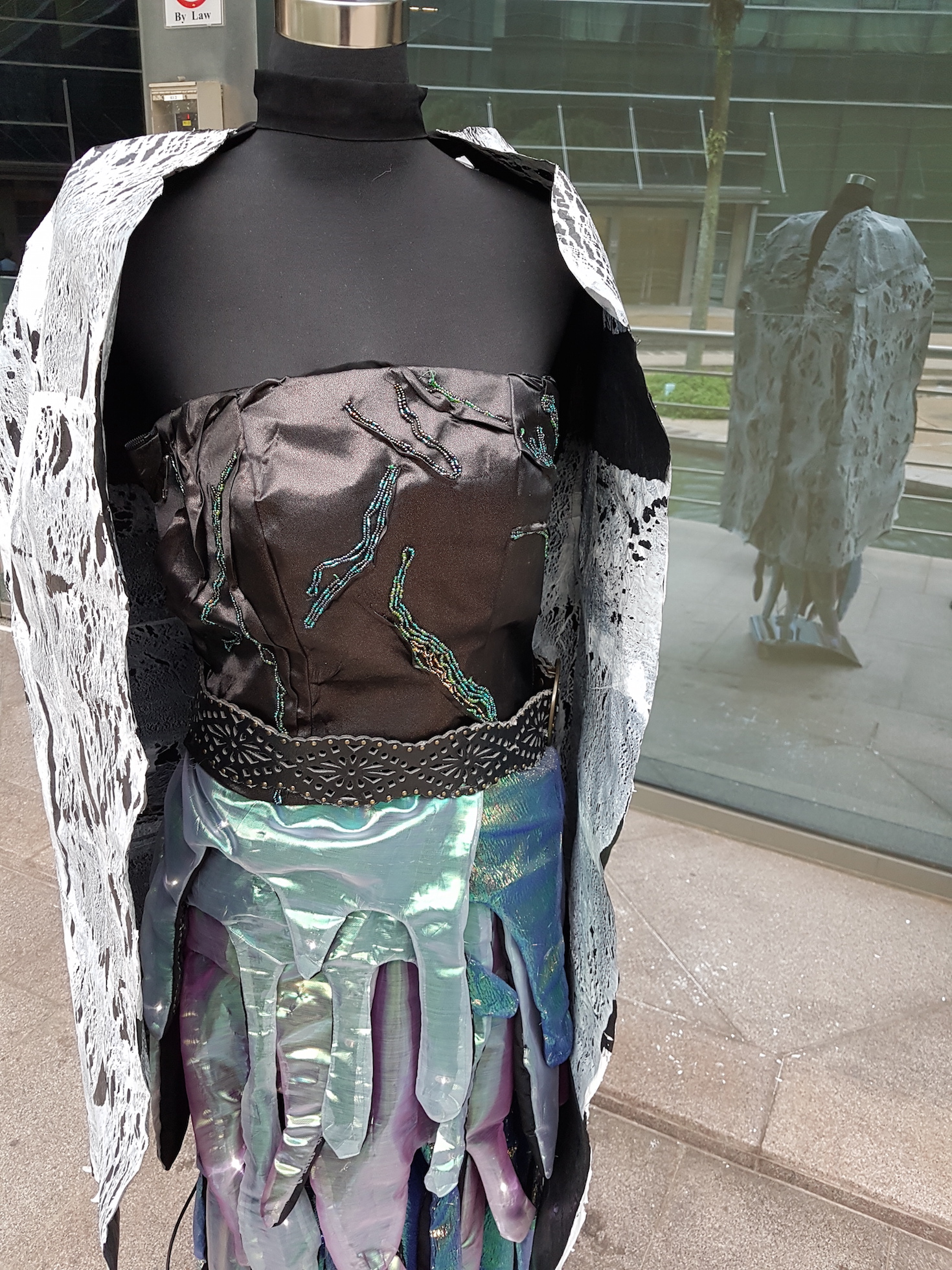