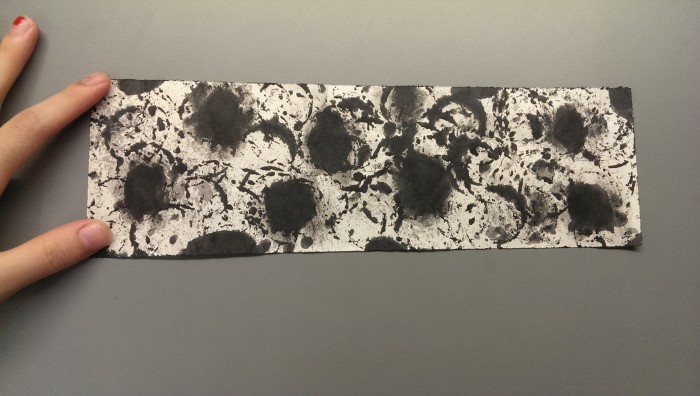 A rough plan of what the lines should typically look like, and went on to explore from there. Trying out on different types of paper with all sorts of tools. No limits! Drying the papers and allowing the more inky ones to flow a little .. . Using a fork and a syringe Having experimented with multiple kinds of black inks/paints/dyes, i found that dried up chinese ink creates a shiny finish . . desirable. Photo courtesy of the most reliable friend in the universe, Gary.