The article mentions the deepening of the mind-body divide. It states that as people use the media more frequently, the problem of strained physical interactions arises.

While these can be celebrated as liberating, proactive, and creative collaboration encounters, the fictionality and performativity of e-life and communication also poses serious questions about schizophrenic self representations and consequent problems of relating with others outside artificial environments.

Personally, I agree with this as the virtual world provides people with the means to create a persona ultimately different from who they are in reality. They may also lose their ability to communicate with people as they are too comfortable interacting in the virtual world with their devices. An instance of the mind-body divide is phone sex. People may think about the action but their bodies cannot do it physically with the other person not physically there. Perhaps, another instance is the use of emojis. The hugging emoji replaces the physical hug so the thought of hugging is present without the physical action. 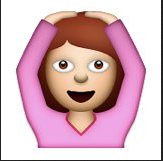 While the mind-body divide exists in digital performance, the article suggests that the mind-body split is contradictory to the practice of artists and performers. Performers are completely reliant on the unification of the mind and body.

The fundamental goal of most performers is the eradication of distinction between mind and body — the fluid and unmediated bridge between the inner and outer — mental or emotional impulse spontaneously combusting as unique and pure physical expression.

There seems to be conflicting interests between the performer and the disembodiment in the third space. However, the view presented in the article is the belief that the audience unconsciously perceive the performing human body as already embodied material flesh.

What fascinates digital artists is the ways in which their embodied existence is redefined in cyberspace. So they use digital technology to examine the interaction between the physical and the virtual…

This is evident in Annie Abraham’s The Big Kiss. Annie Abrahams captures this point very well. Both parties appear on the screen and though they are not physically together, the people interacting may still perceive the presence of the other person.

One comment on “Research Critique: Virtual Bodies in the Third Space”