Our chosen object was an artwork of Vajradhara and Prajnaparamita from the Asian Civilisations Museum. This work, though small in size, managed to garner curious stares, frowns and various other reactions. Viewers of this work who do not have any contextual background on the work may have many misconceptions and interpretations on the work.

Vajradhara is a form of the historical Buddha found in Esoteric Buddhism. This branch of Buddhism is also called Vajrayana or Tantric Buddhism.

Vajradhara represents the highest state of enlightenment. Here he is shown in union with Prajnaparamita, the mother of all Buddhas, who symbolizes wisdom. Union with her represents the attainment of knowledge.

The Buddha sits firmly in the meditation posture, with the female deity embracing him with her arms and legs. Their faces reflect harmony: they touch their noses, lips, and chins. A deep serenity characterizes their embrace. 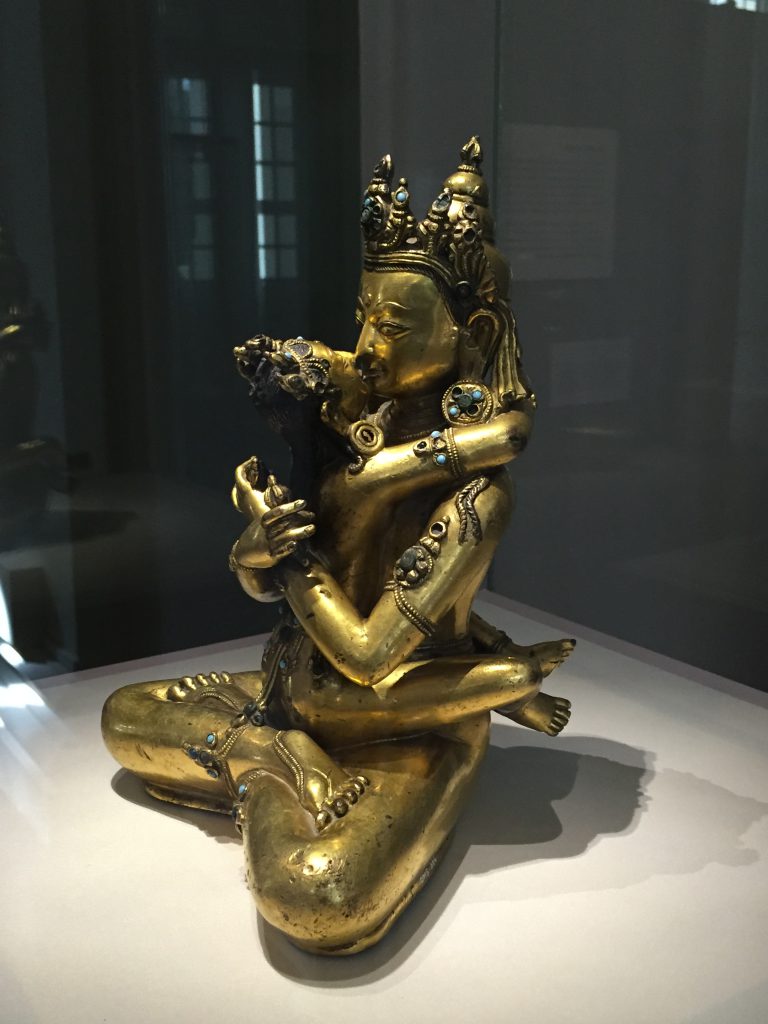 I interviewed year one students who were thankfully (camping) in school doing their final projects. They were all such great sports and agreed for their reactions to be filmed(Thanks so much!). Some of the responses were very insightful and quite accurate perhaps due to the students listening in lectures (which is great news)!

What do you think this work is about?

What are the figures doing?

How does this work make you feel?

Later, I gave an explanation of who the figures were and what they were really doing. Due to time constraints, I did not include the full footage of all the people interviewed.

Subtitles were added in just in case the volume was not loud enough. I also added appropriated video footage(Cough* Twilight) to keep the video lighthearted and interesting.

I learned how to book a projector and speaker and other technological objects which prior to this project, I had no clue existed.

I really enjoyed this project and I am thankful for my group mates Ruo Tong and Valerie as they really put so much effort into the project. It just goes to show how collaboration really plays on each person’s strengths.  Also, thanks Professor Sujatha! This was such a fun class!